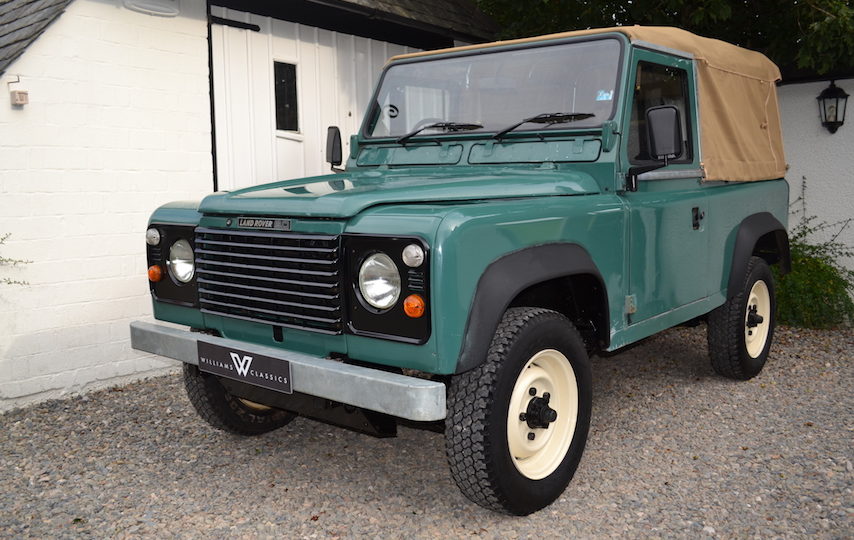 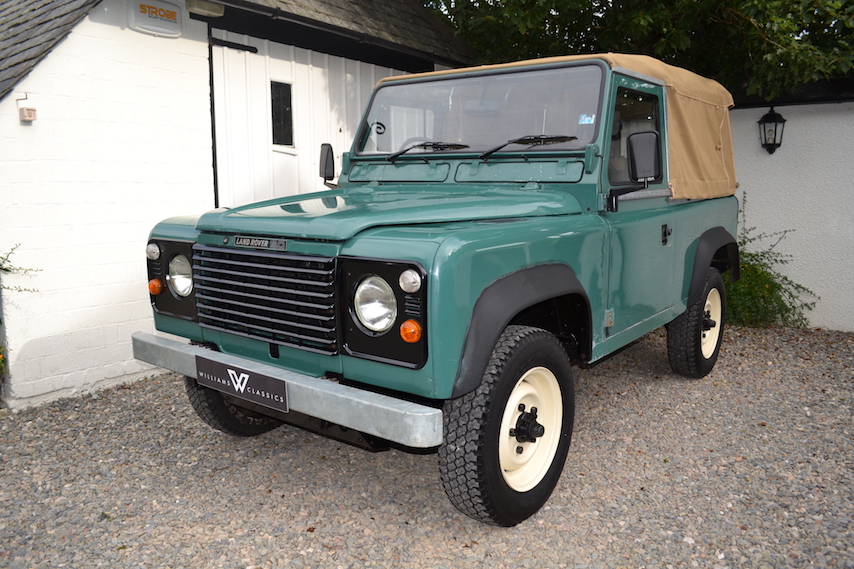 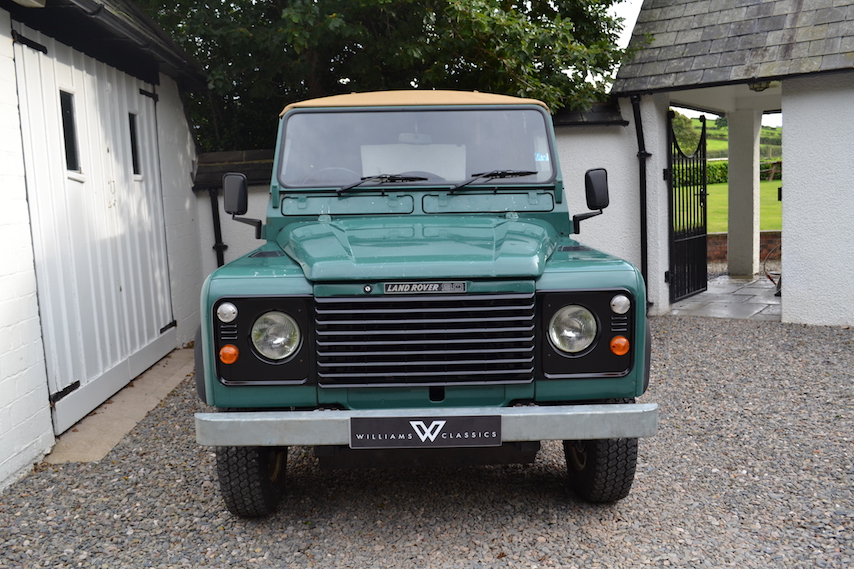 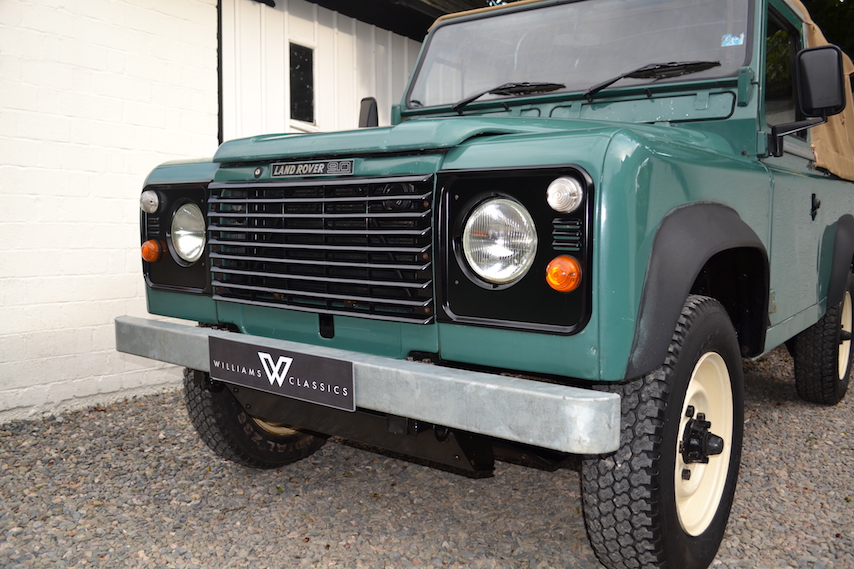 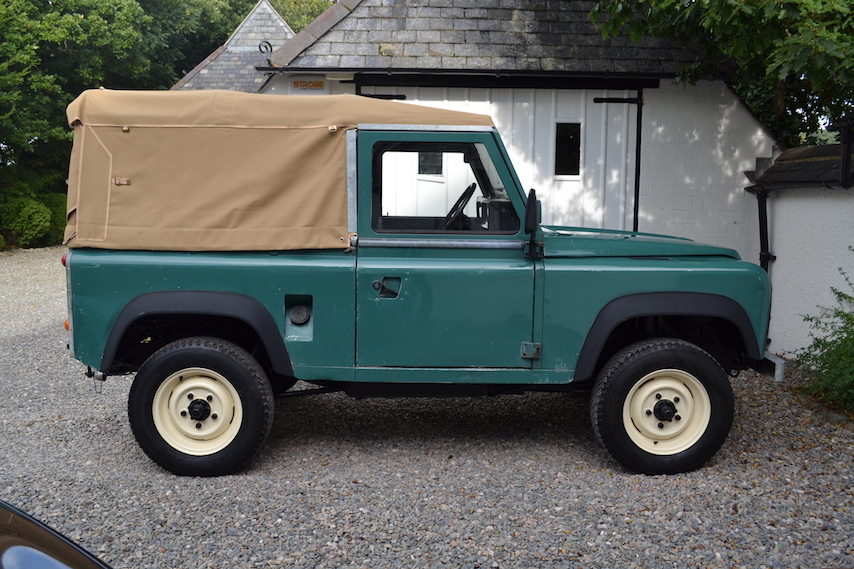 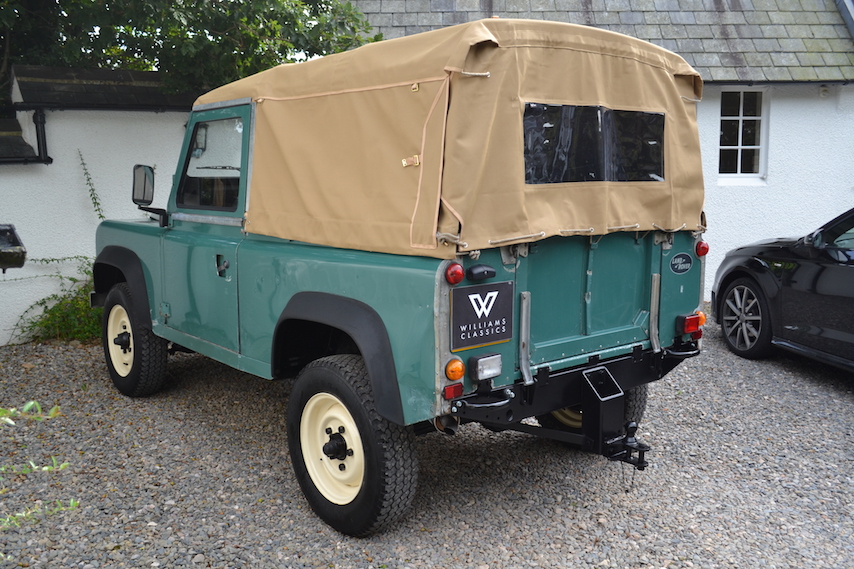 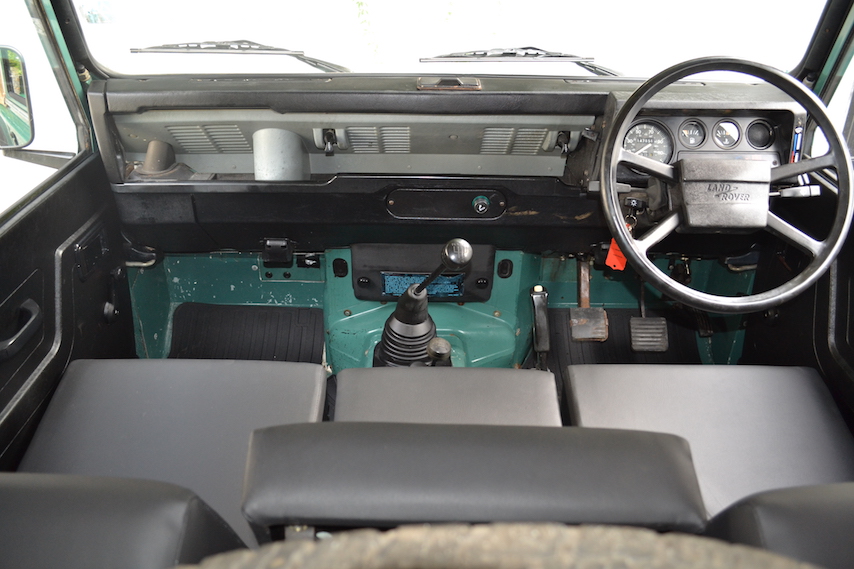 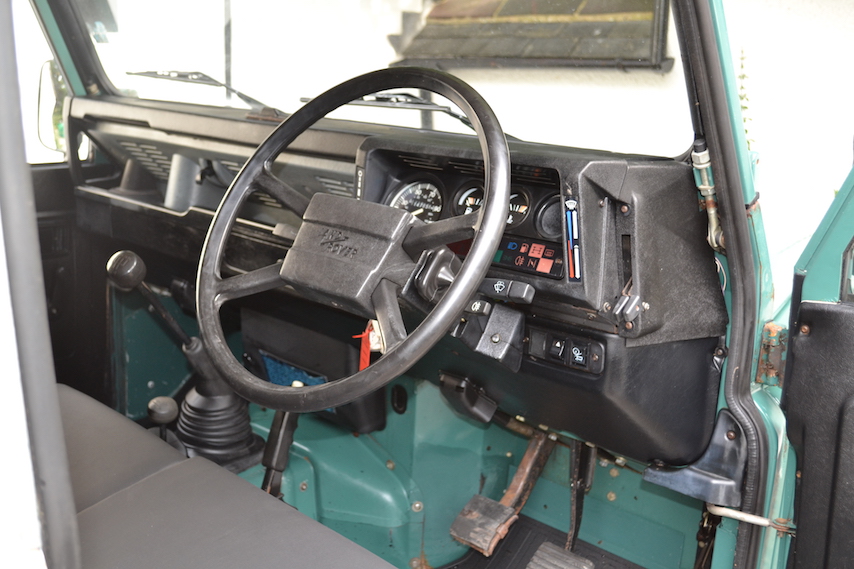 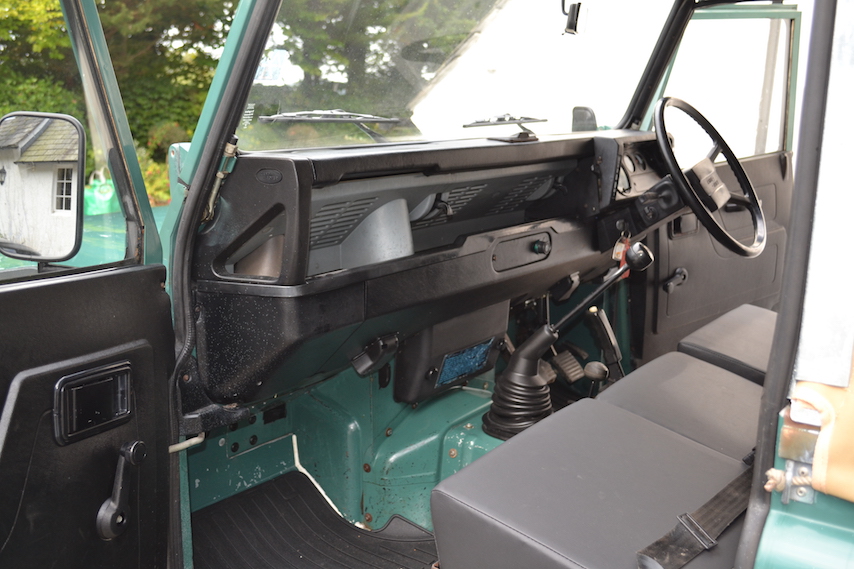 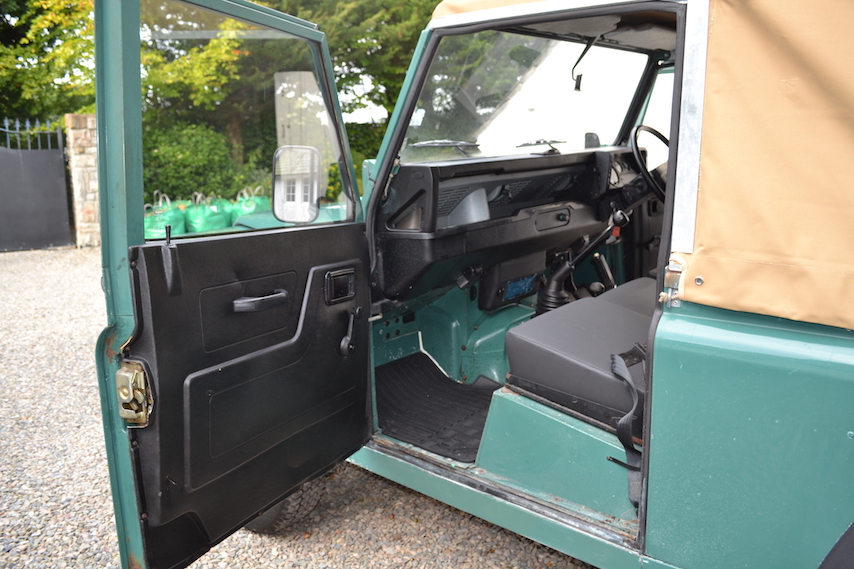 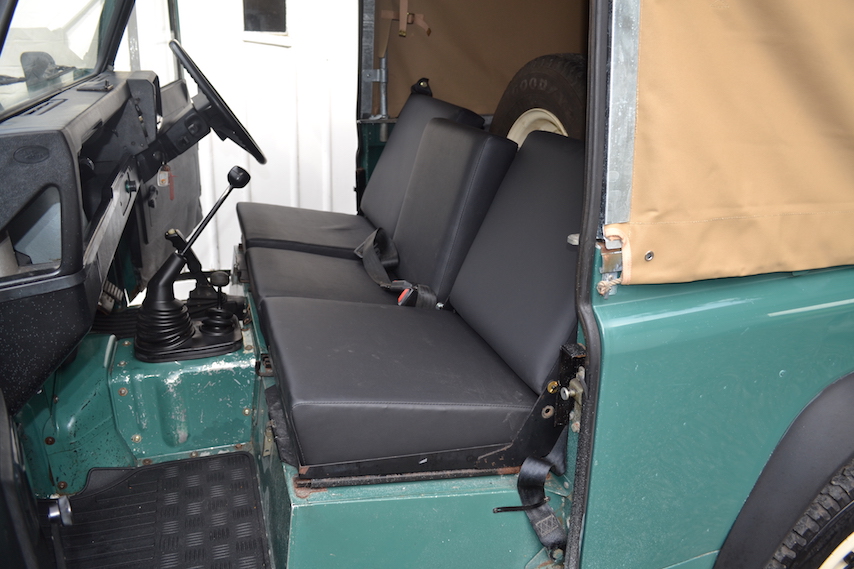 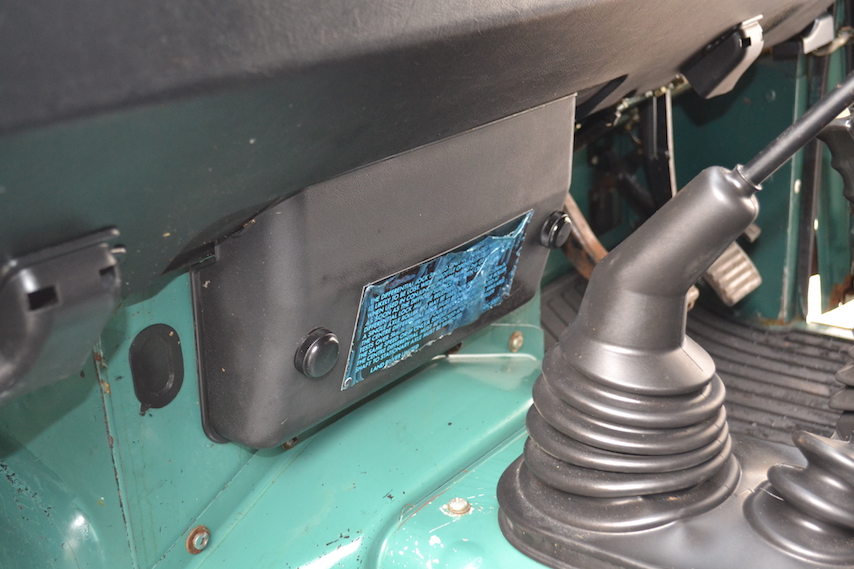 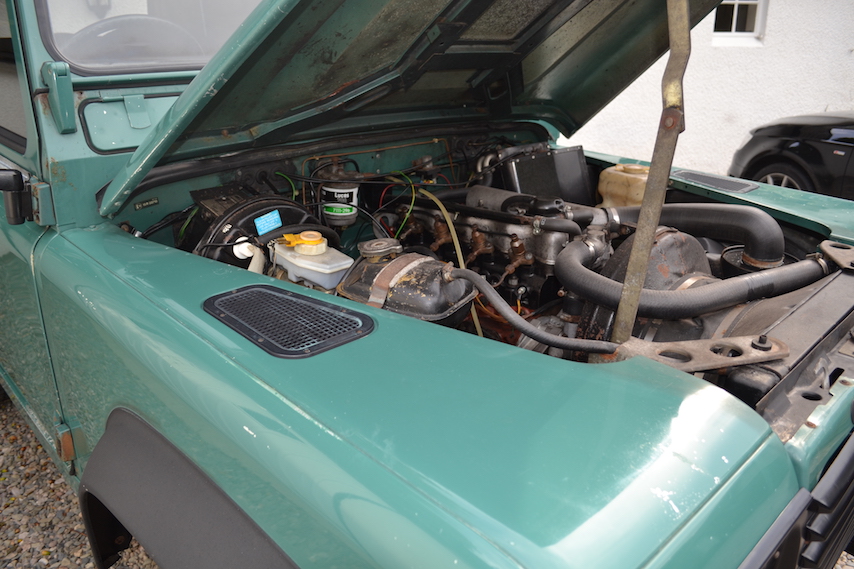 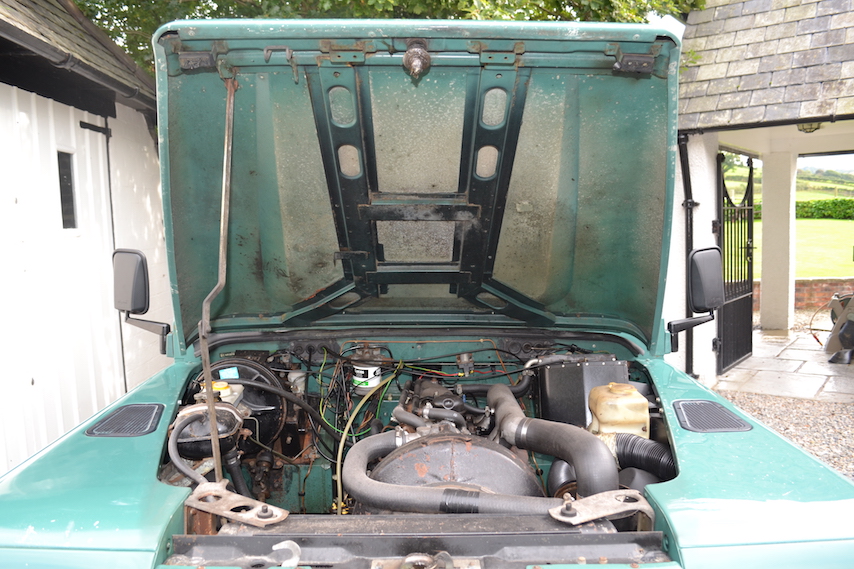 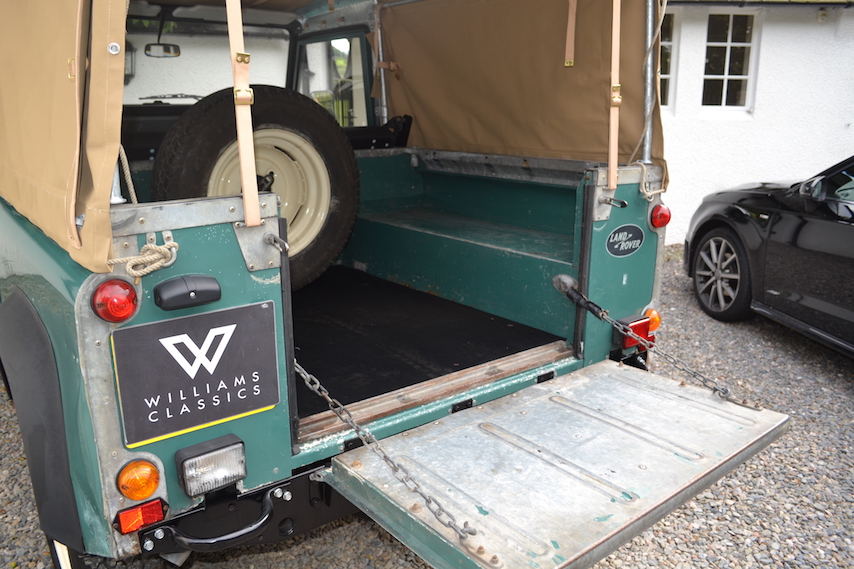 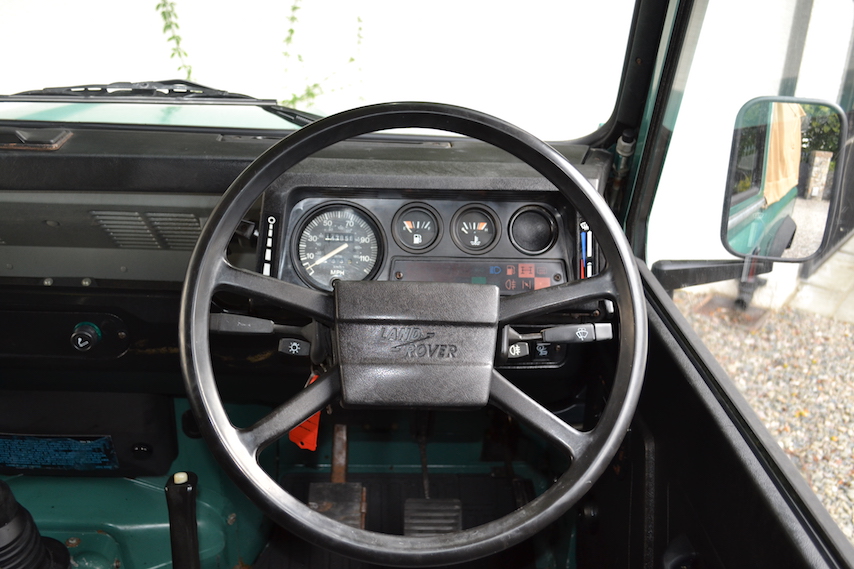 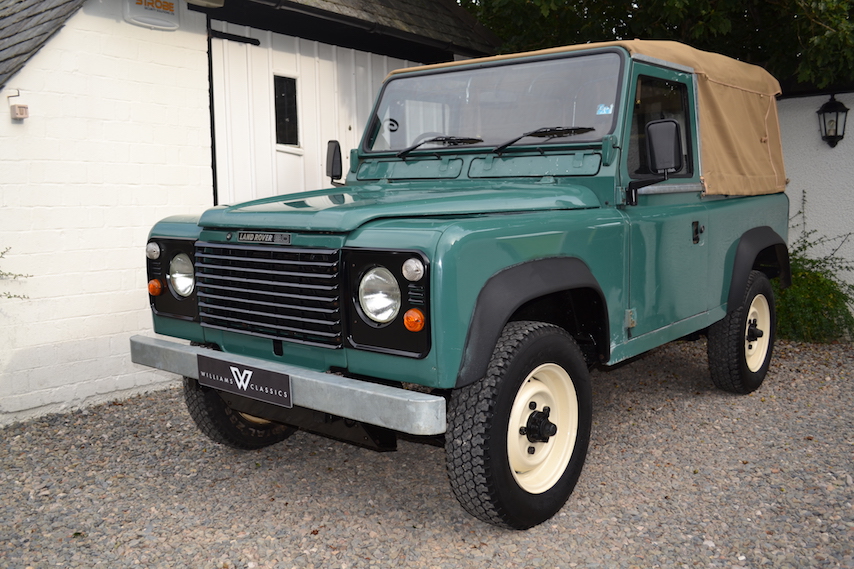 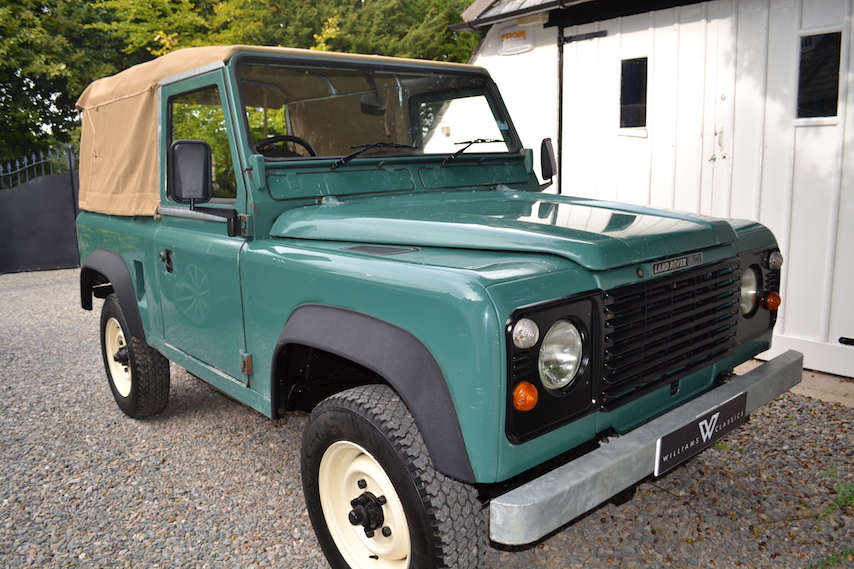 Supplied new in 1985 the first owner kept the vehicle until 1987, Mrs Parry then purchased and owned it until 1997 (10 years) the next owner had the vehicle until this year (19 years) when the vehicle came into our care. The vehicle has remained in North Wales since 1987 and so has been a locally owned vehicle for many years with very few careful owners hence it's very unmolested original condition. We did sell this vehicle last year but due to a change of heart the owner decided to offer the vehicle back to us it has had very little use and has covered a mere 50 miles during his ownership.

When we acquired B124 MKB with the exception of a light damage to the rear quarter panel and a few very minor scratches there was no damage on the vehicle.

The body and paint finish is 100% original, and way above the average 32 year old Land Rover. However, B124 MKB is not your average 90 Land Rover, it is extraordinary.

The wheels are finished in Limestone, which is factory correct for a 1985 Land Rover in Trident Green. We also went for the contrasting Sand canvas which we believe would have been the original colour canvas supplied when the vehicle was new.

The rivets on the rear panels were never finished in body colour when they left the factory this is how it remains on this vehicle.

The bulkhead is exceptionally solid and original, in fact as good as we have ever seen there have been some small repairs done over the years as you would expect but we have ensured they have now been done to a good standard.

The underside has been steam cleaned and then waxoyled to preserve the original chassis. There has been some welding but no more than you would expect on a Land Rover that is 32 years old. You can still see the factory overspray under the wings and rear body this is exactly how they left the factory.

Exemplary - by far the best original Land Rover 90. The original style front seats have been replaced are are identical to the originals which we have removed.

The dash is unmarked with no cracks there are no additional holes anywhere.

No signs of a radio ever fitted. The rest of the dashboard has been left unmolested, the original cigarette lighter is present. The door cards are very good and match the black vinyl seats. All the lights work on the dash board as they should. The original protective covering is still over the plate on the bulkhead which shows the transfer box operations.

The load area is very clean and straight.

One of the cleanest engine bays we have seen on a early 90.

This Land Rover was supplied new from the factory with a 2.25 petrol engine which was carried over from the Series 3 production. However during Mr. Davies' ownership he decided to have a 2.5 litre diesel engine fitted as it was much more economical to run. It has the correct type 2.5 litre engine as fitted to Land Rover 90's which has plenty of power and has much more power than the previous 2.25 engine. Factory fitted inner mud shields unusually still both in place and are intact.

The engine busts into life on the turn of the key. It is apparent that this is a vehicle that has been maintained and once warm runs as quiet and smooth as any early Land Rover 90 that we have ever had.

A joy to drive and such fun. Four wheel drive and low range engage, as they should. The gears change up and down as they should it has a very quiet gearbox which is a good sign of its light use and good maintenance over the years. It is much easier to drive than a Series 3 and is a good alternative for any buyer looking for a more usable classic Land Rover.

B124 MKB is an early LR 90 Softop in very good condition. It is by far the best early 90 we have ever seen and has taken some consideration not to keep it in our own collection.

This is one of the best three previous owner and original 90's we have ever had the opportunity to own with a very nice history.

This Land Rover has obviously been cared for and cherished by its owners and no expense spared on maintenance.

It is a very good example that requires no work and is ready to use and enjoy.

What you see is what you get. B124 MKB will look great in any collection along side a 1948 Series 1 80" or a 2015 Land Rover Defender Heritage. The vehicle retains much of its original paint finish - albeit with a few aged dings, scratches and marks.

Please bear in mind that this vehicle is 32 years old and therefore please do not expect pristine condition. However, you will have to go a long way to find a better vehicle. Viewing is highly recommended.