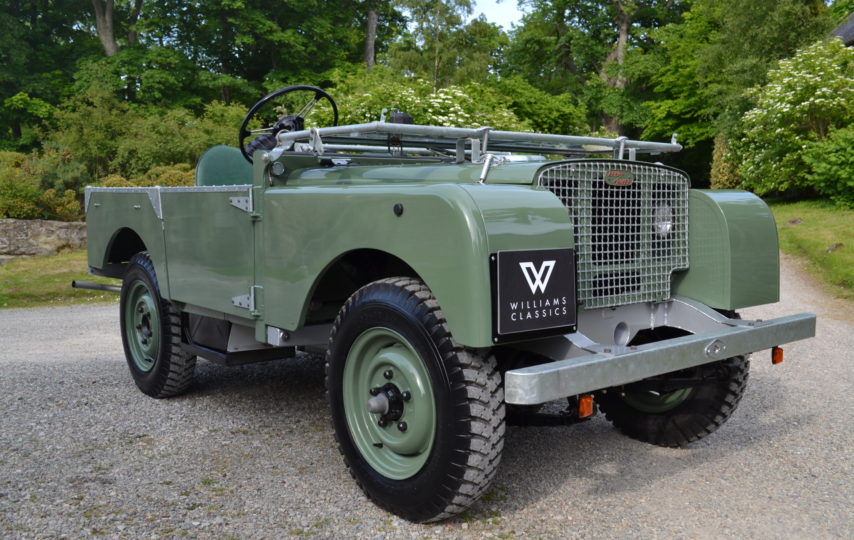 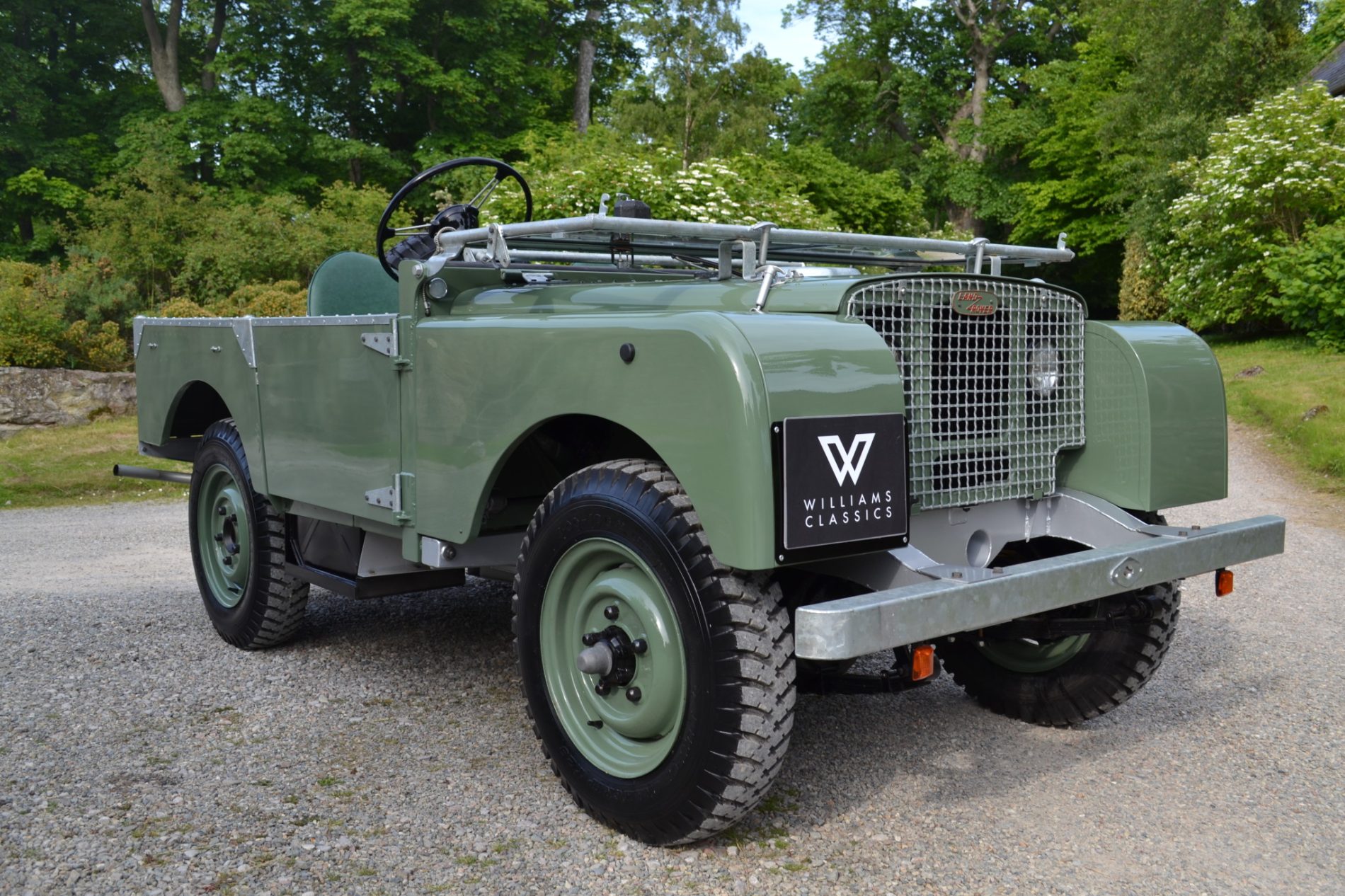 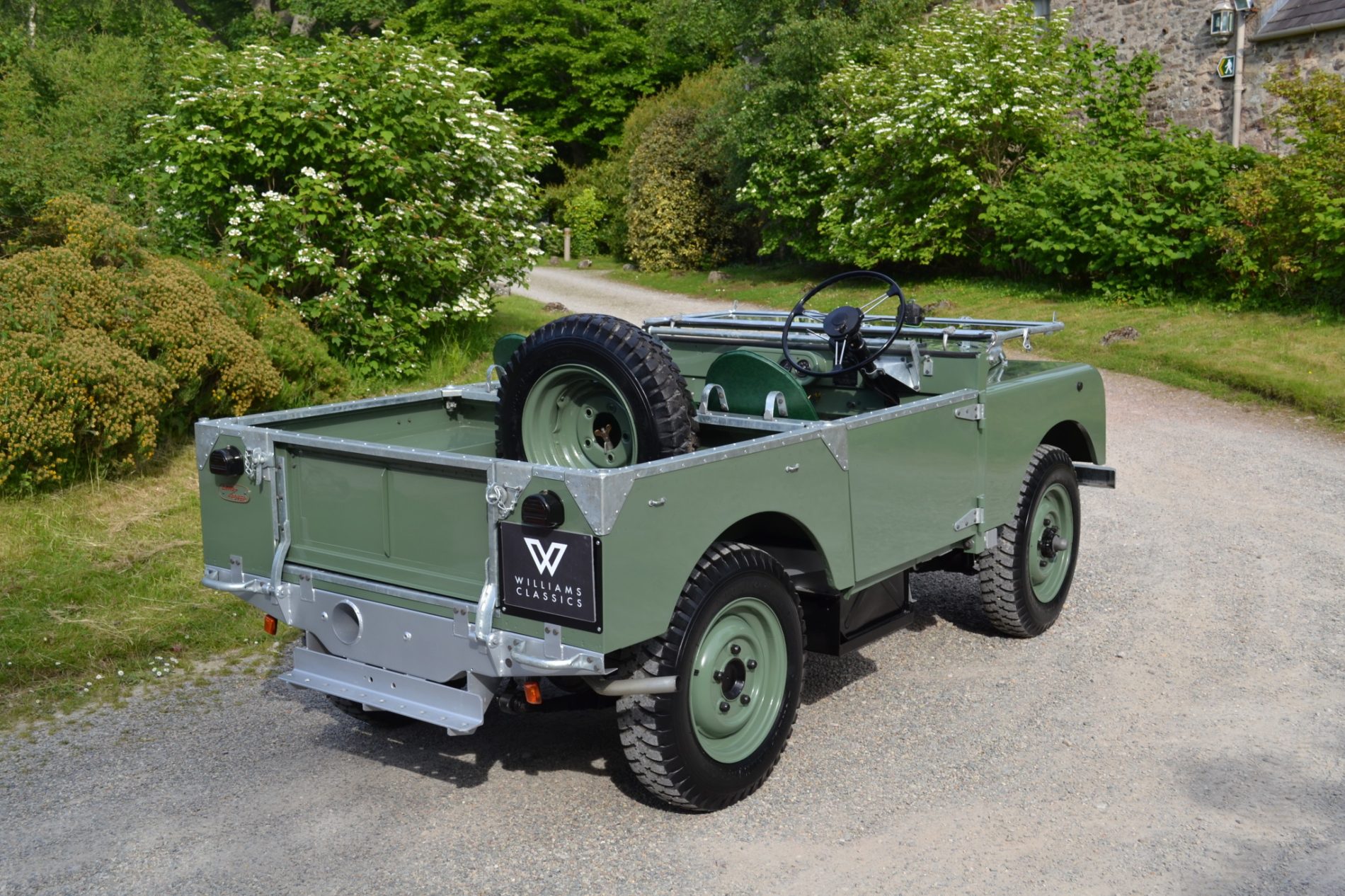 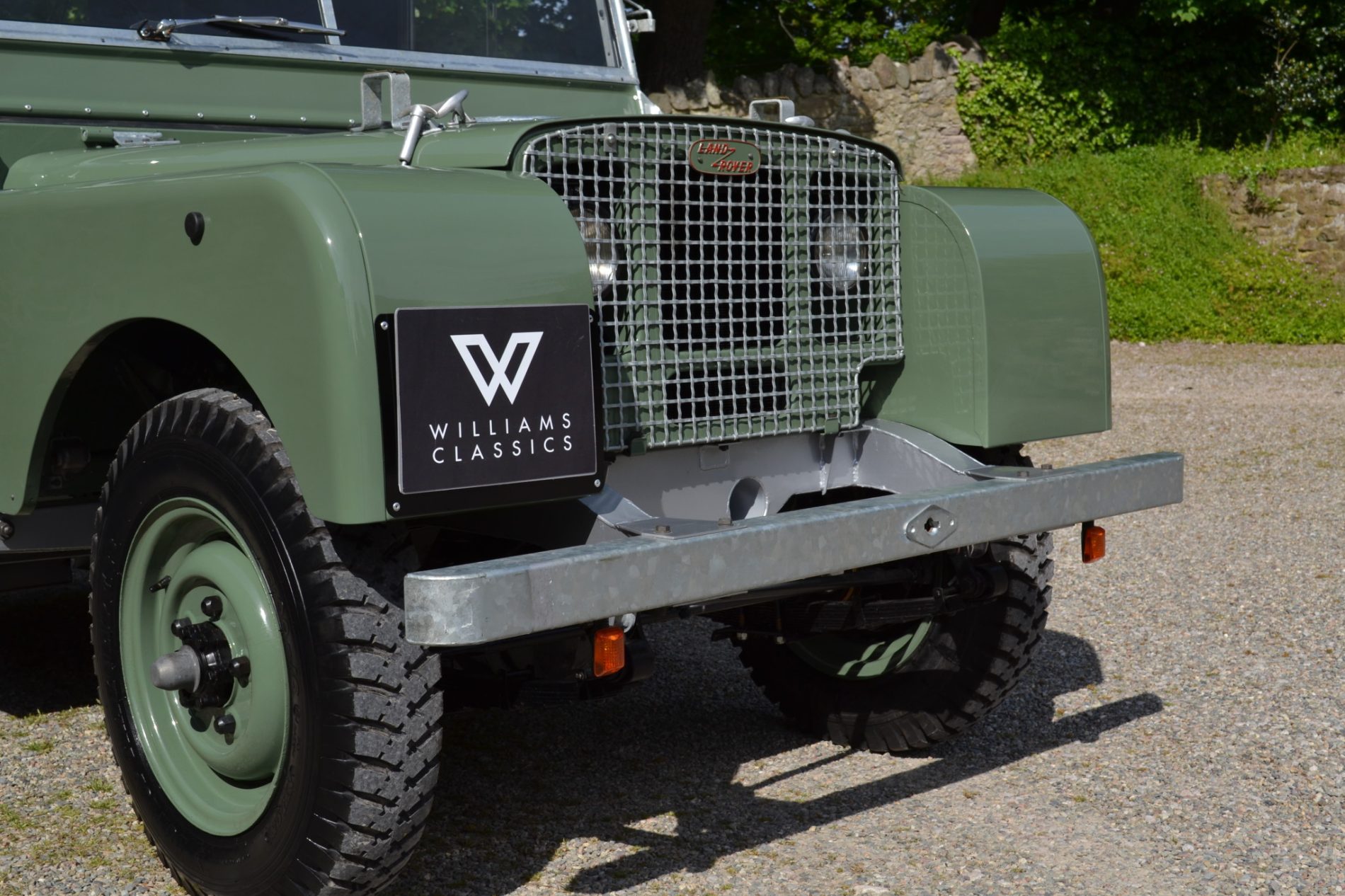 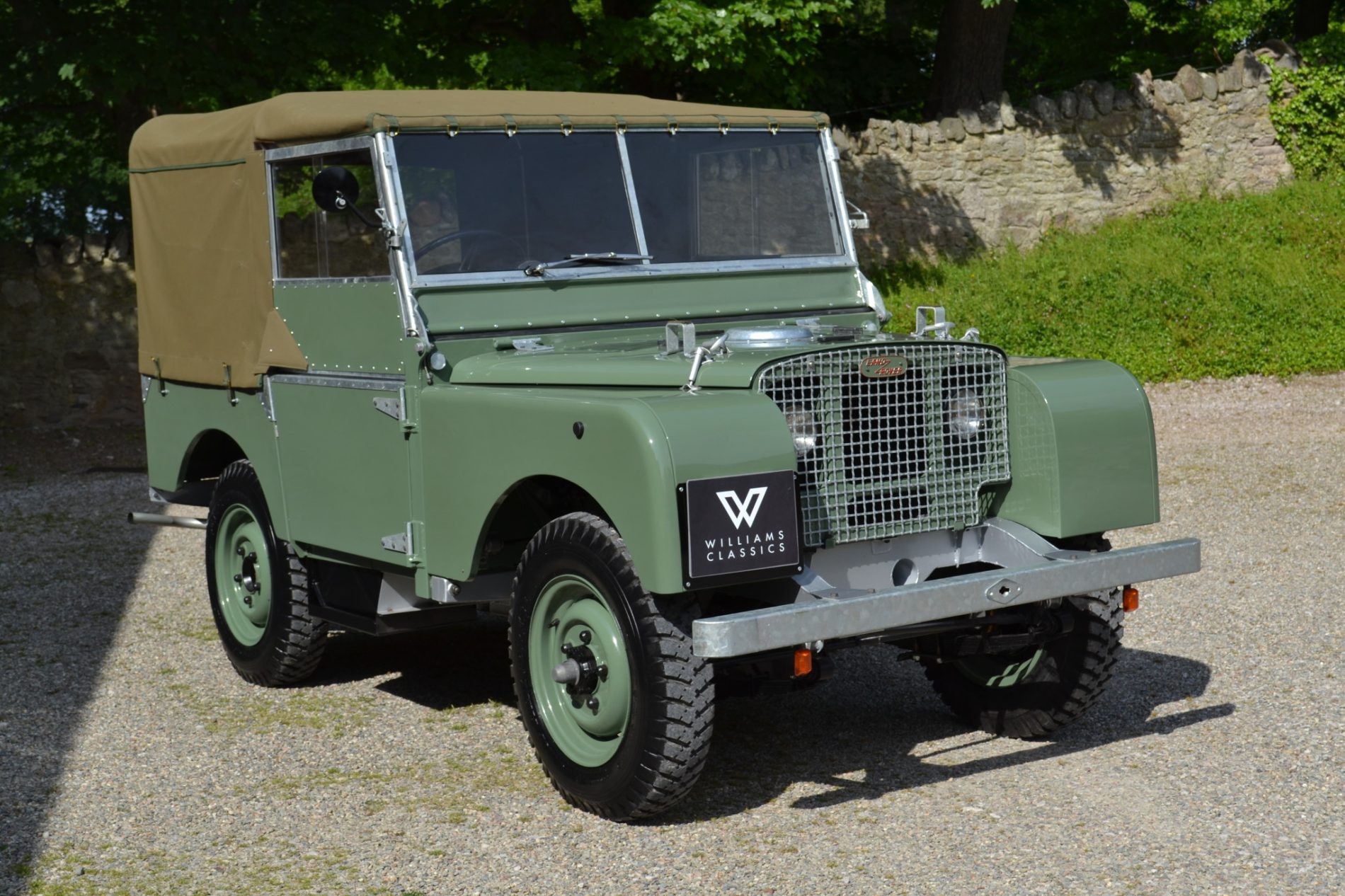 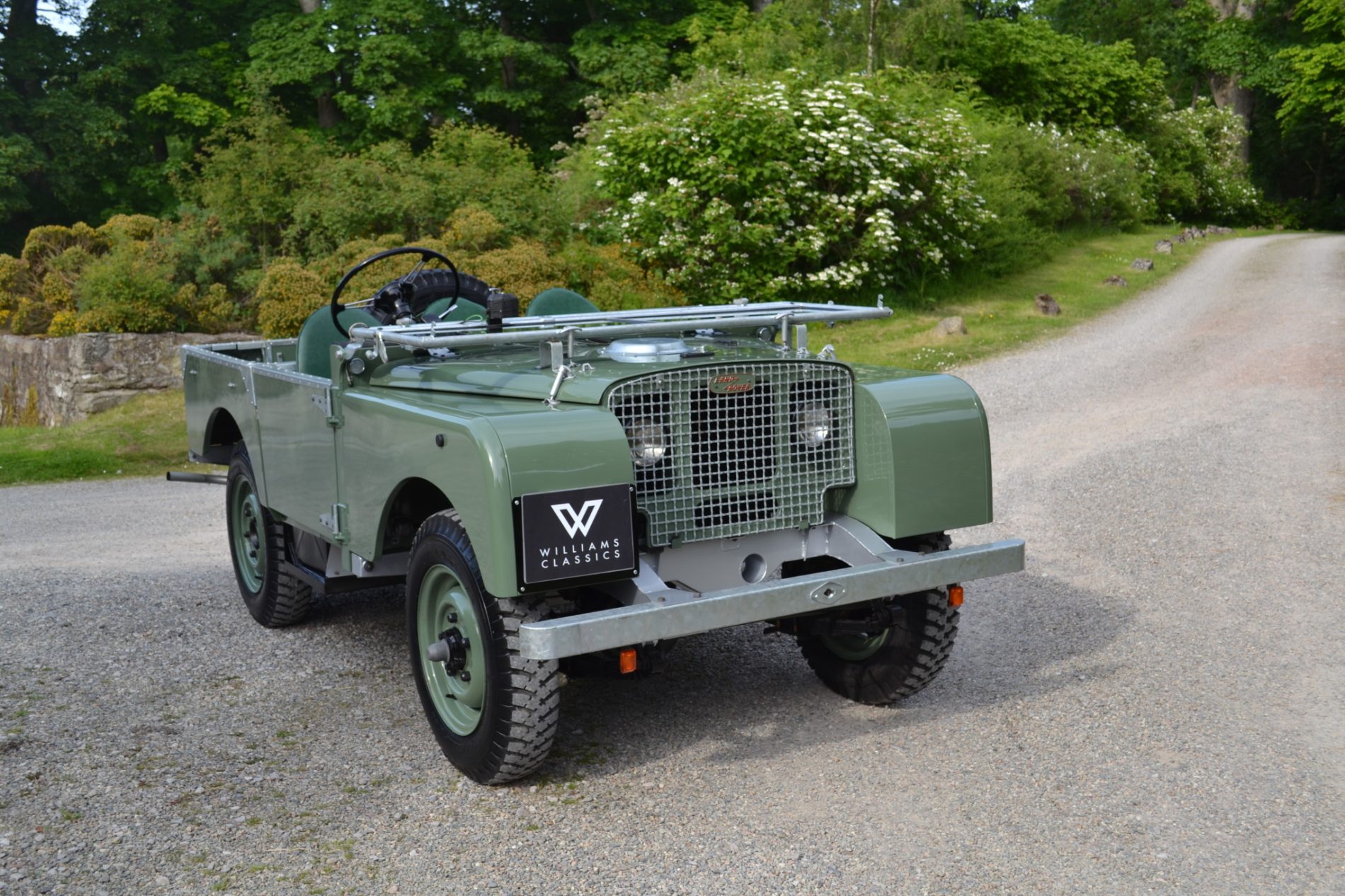 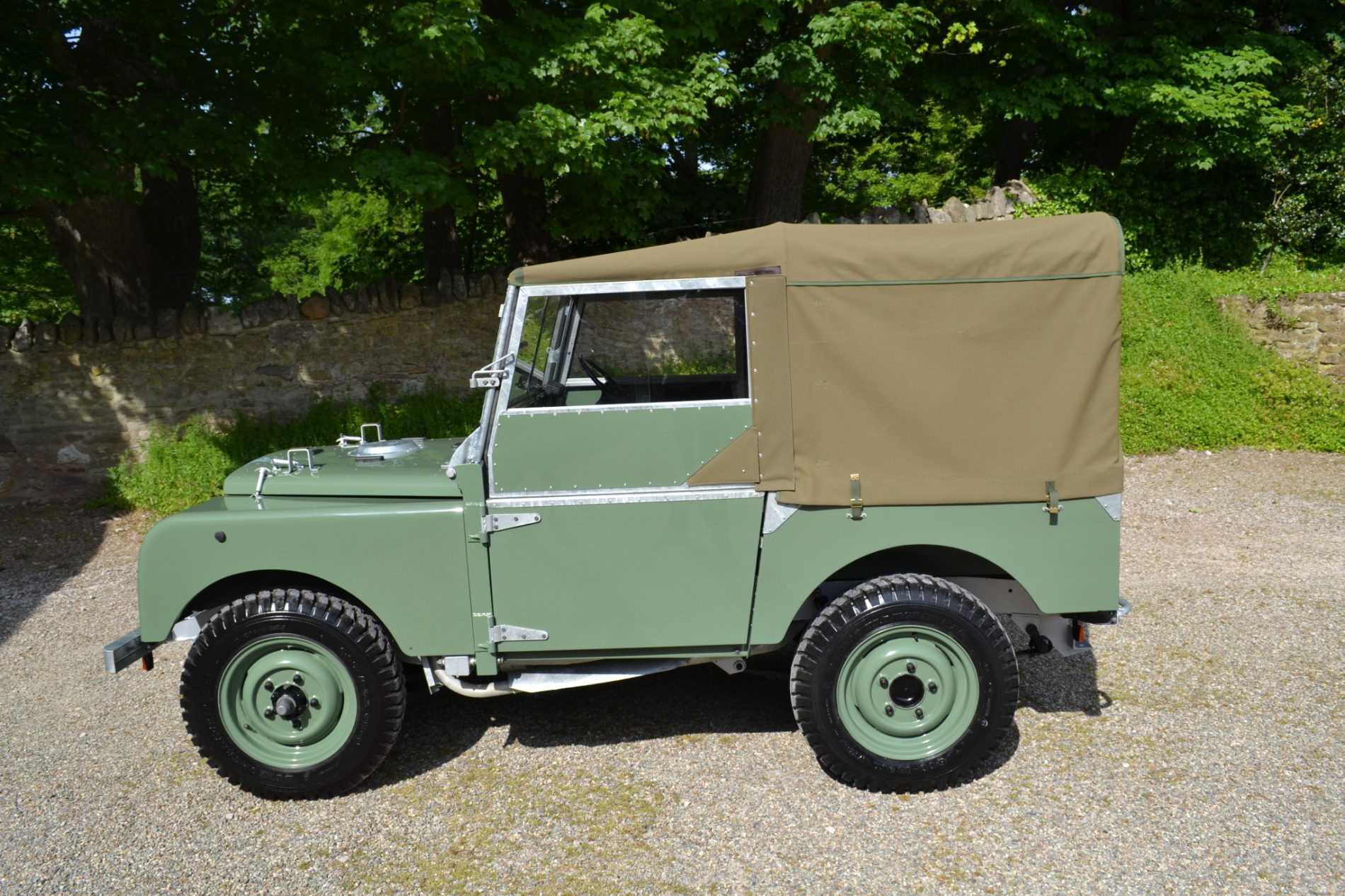 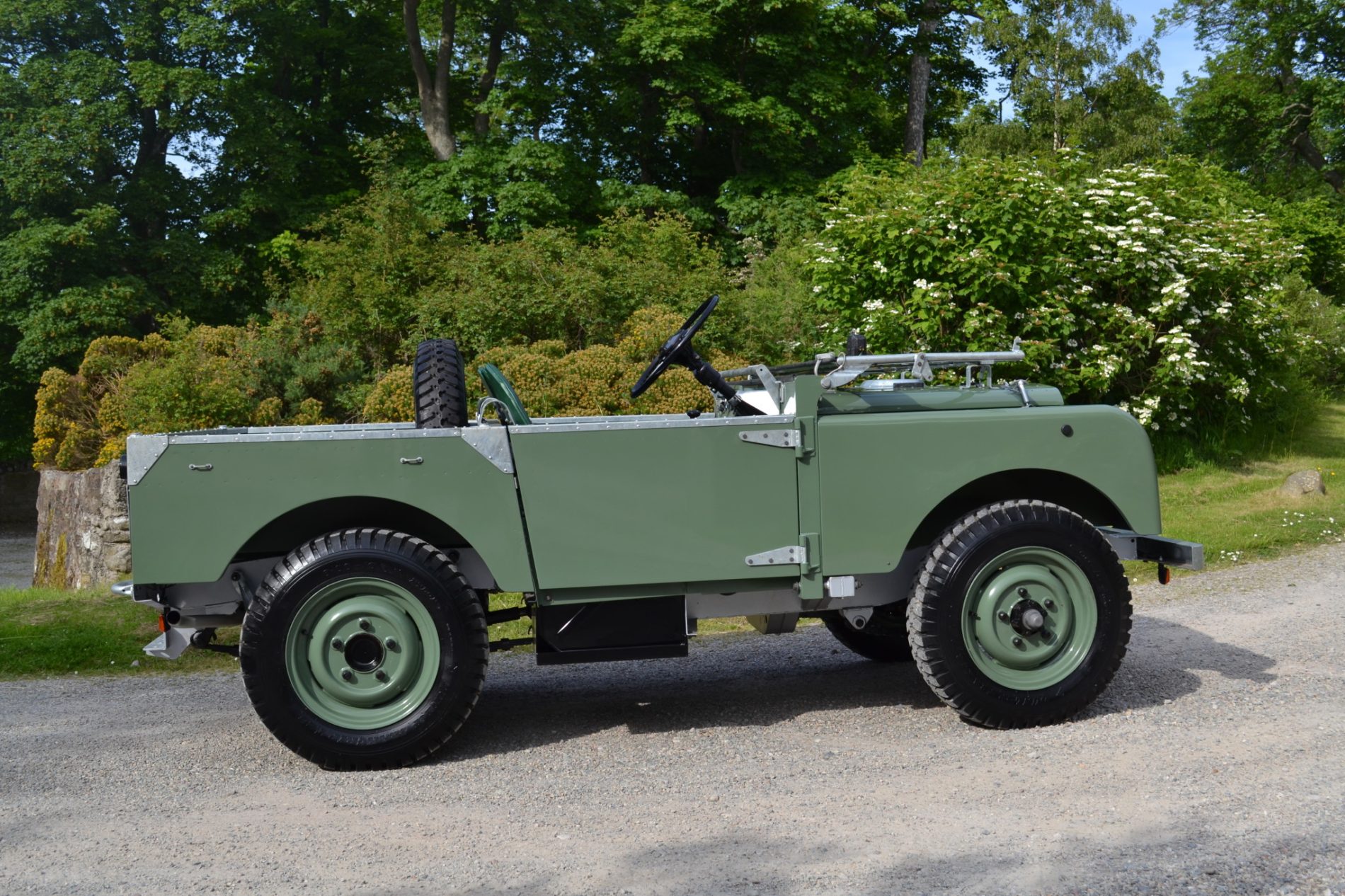 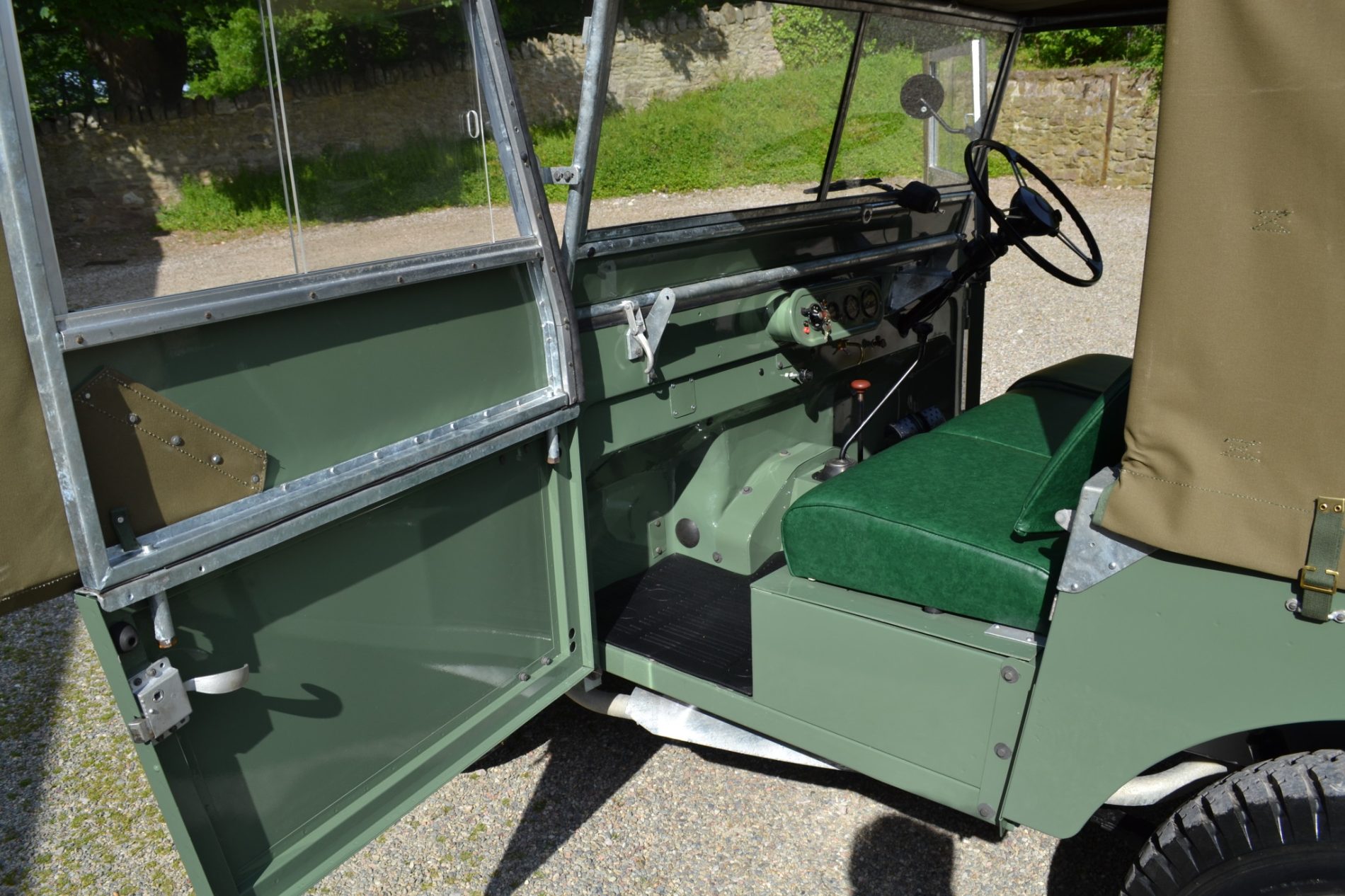 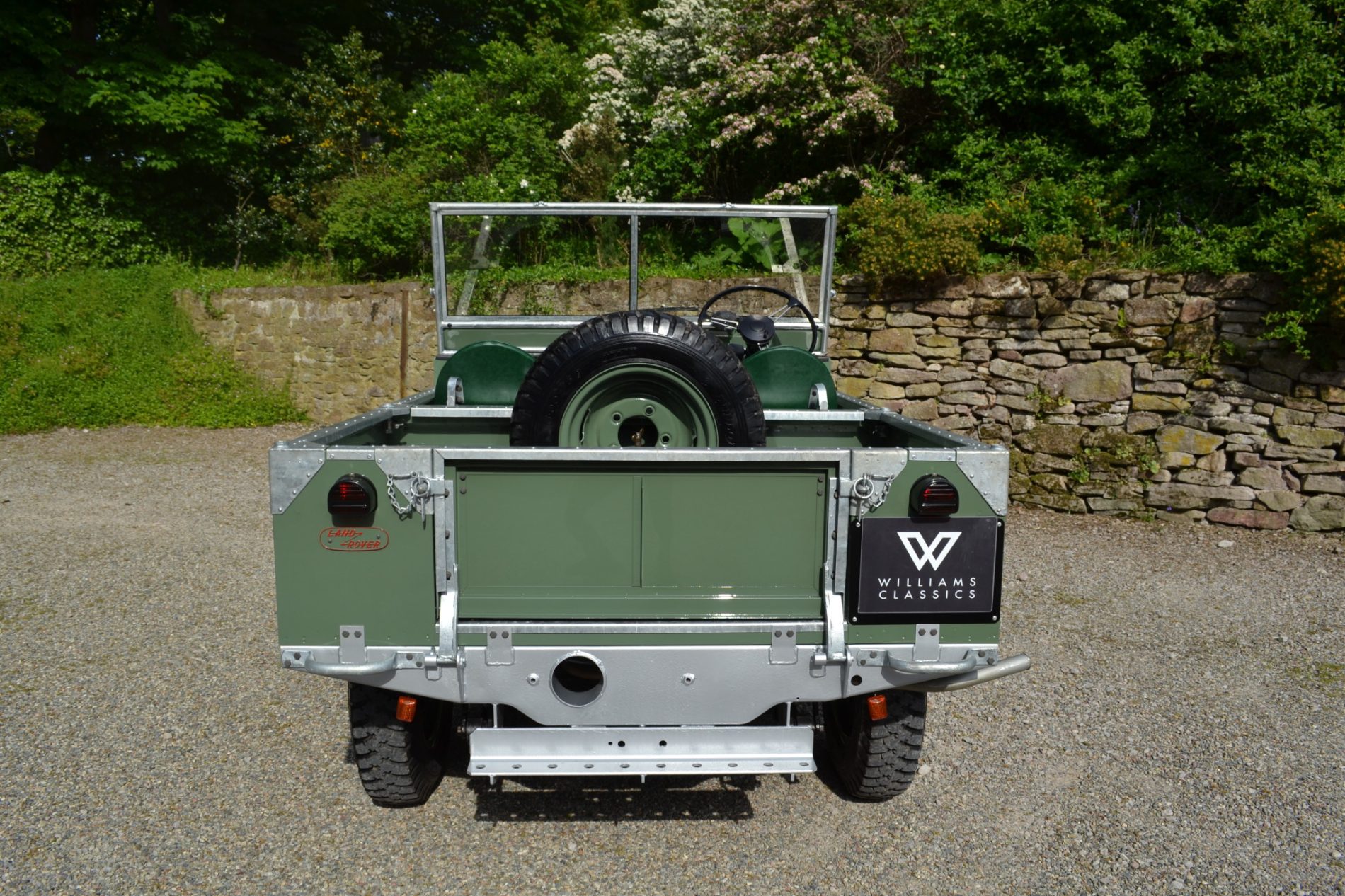 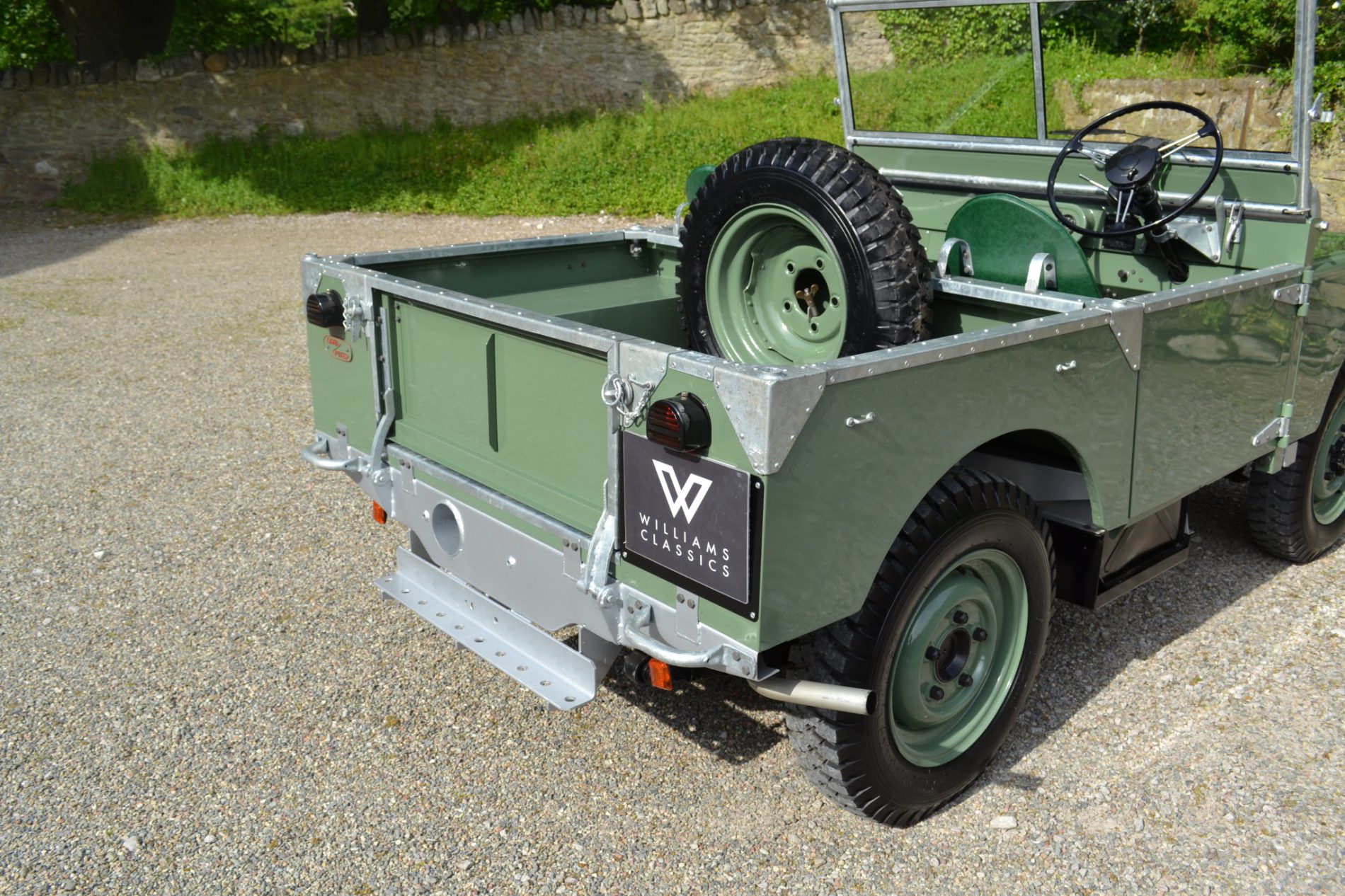 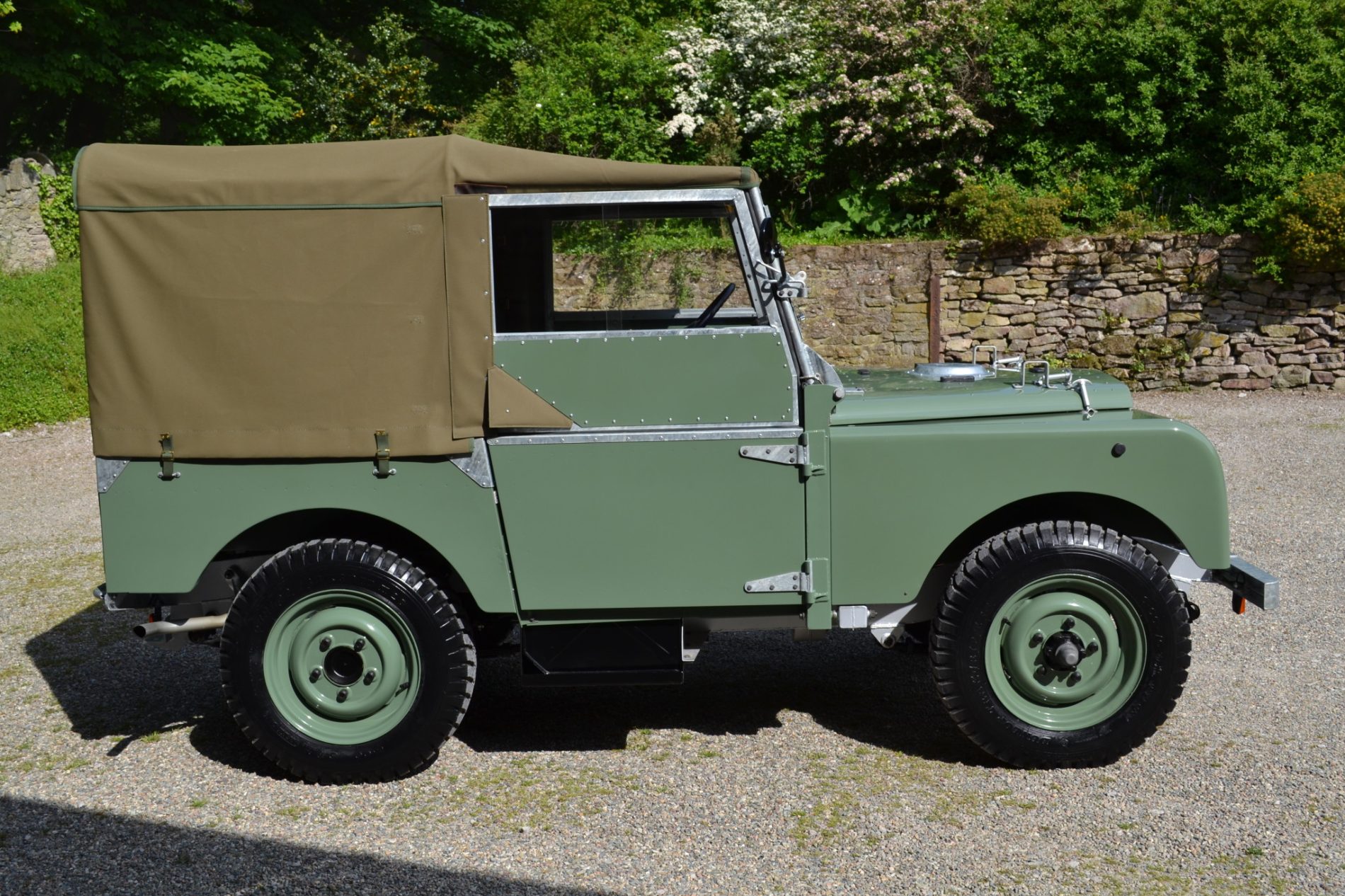 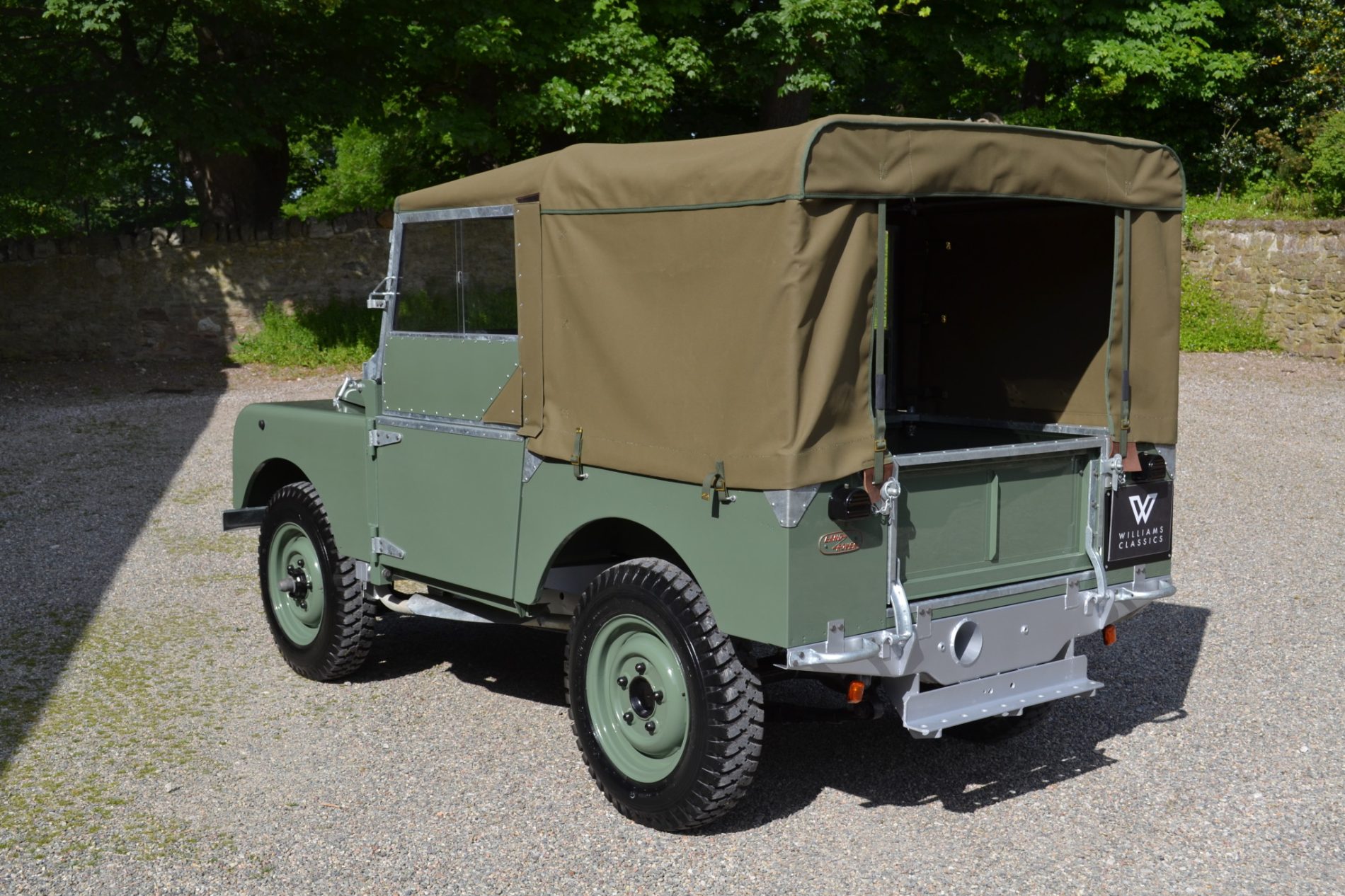 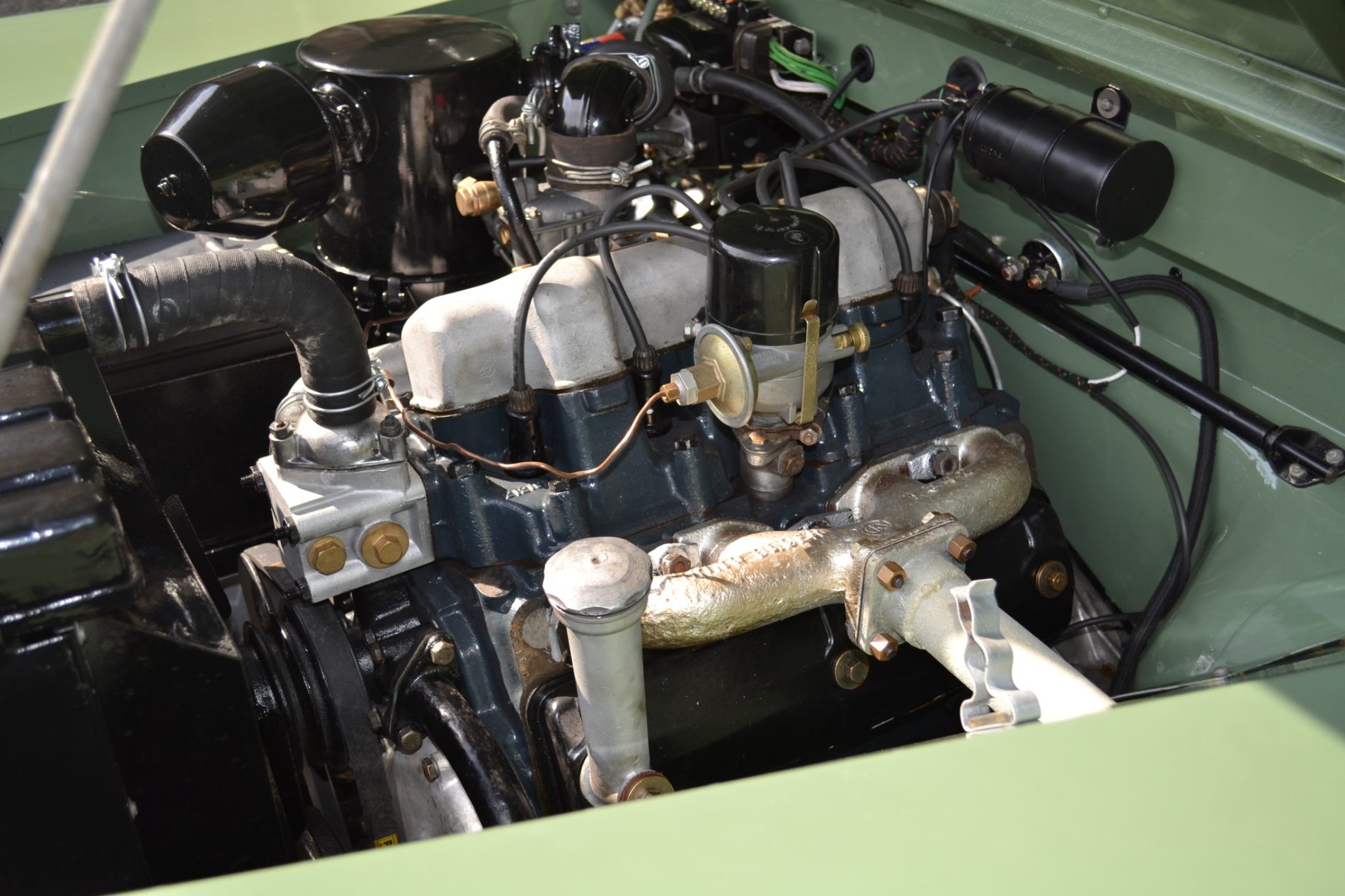 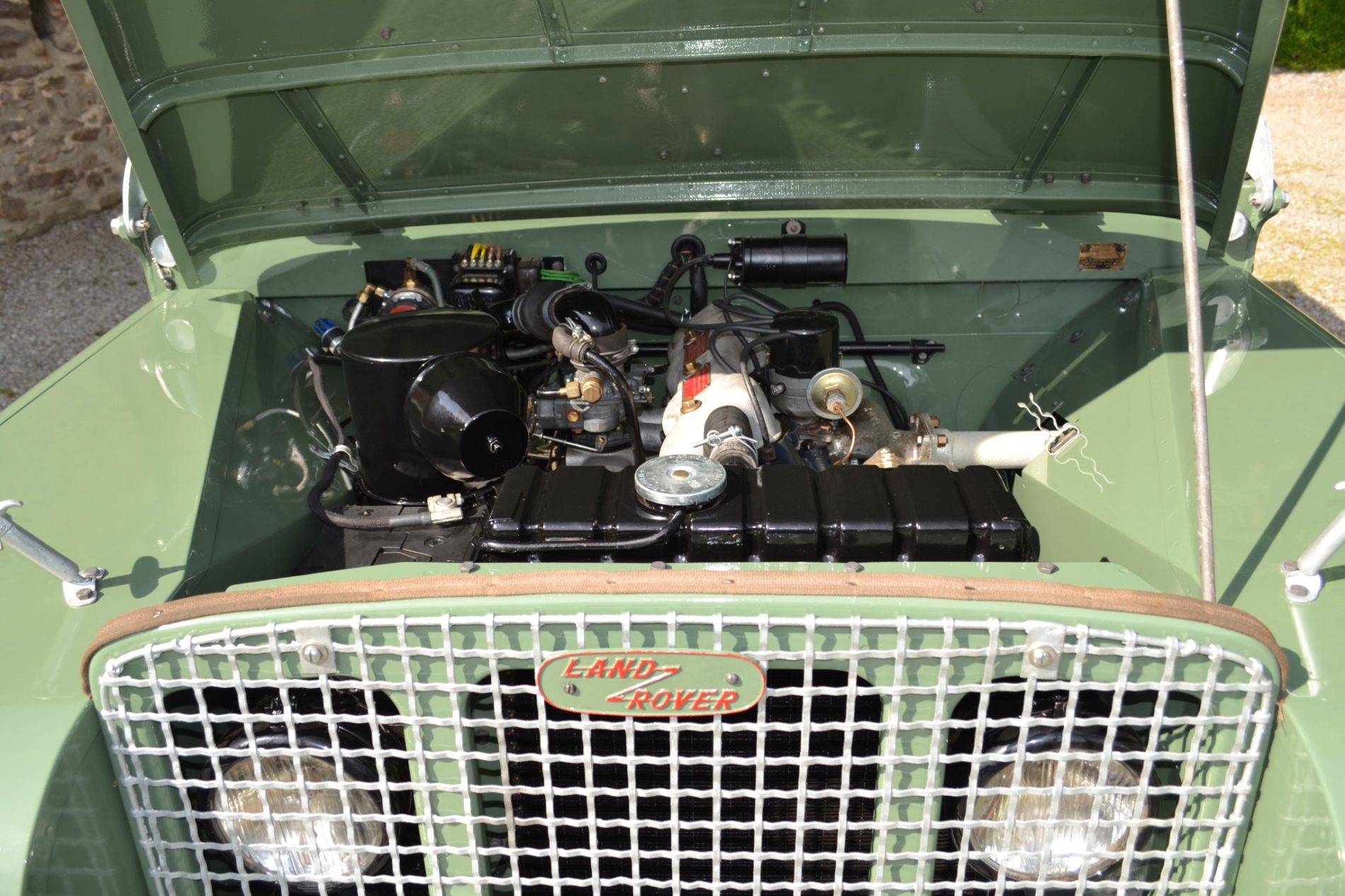 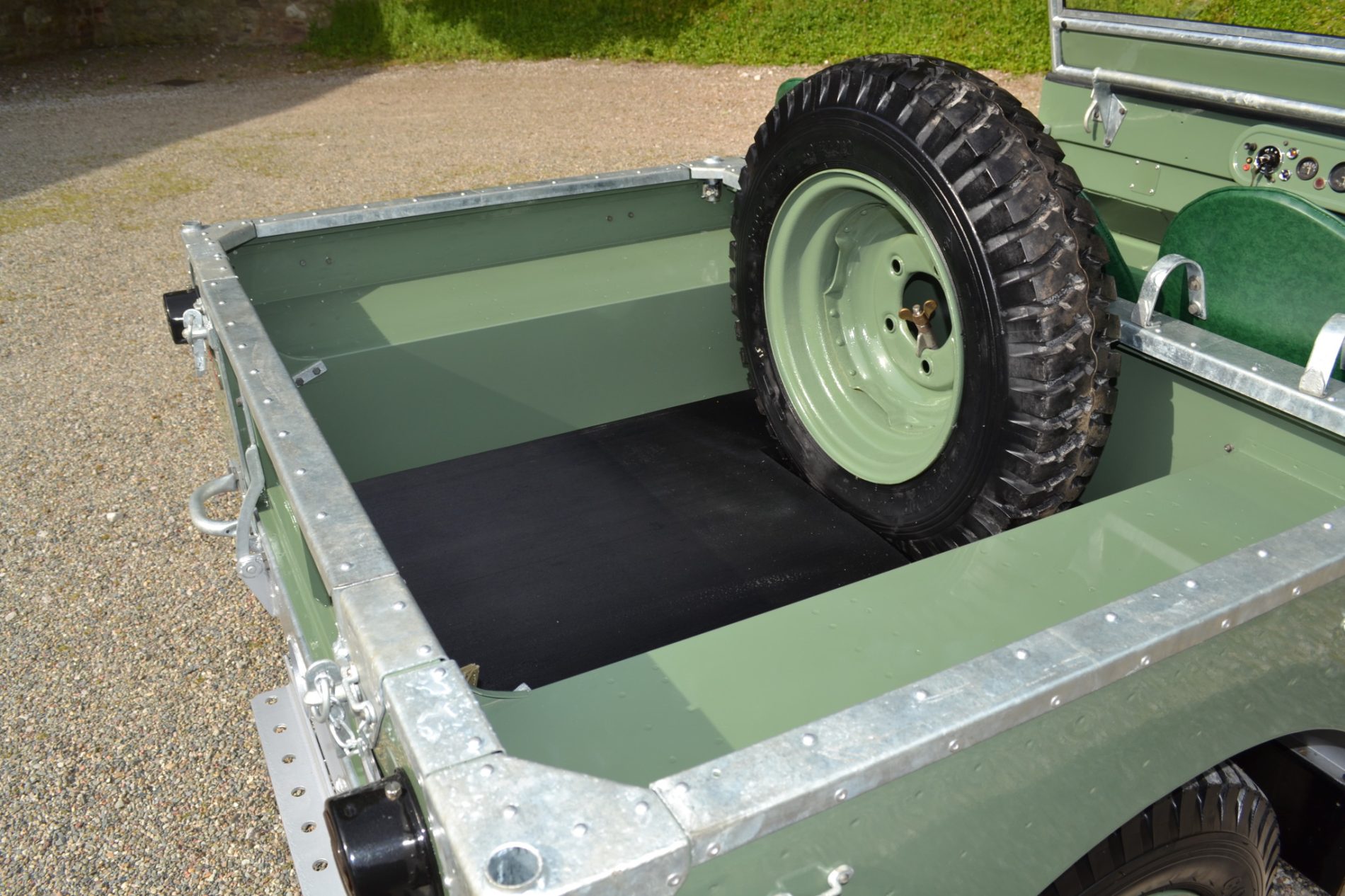 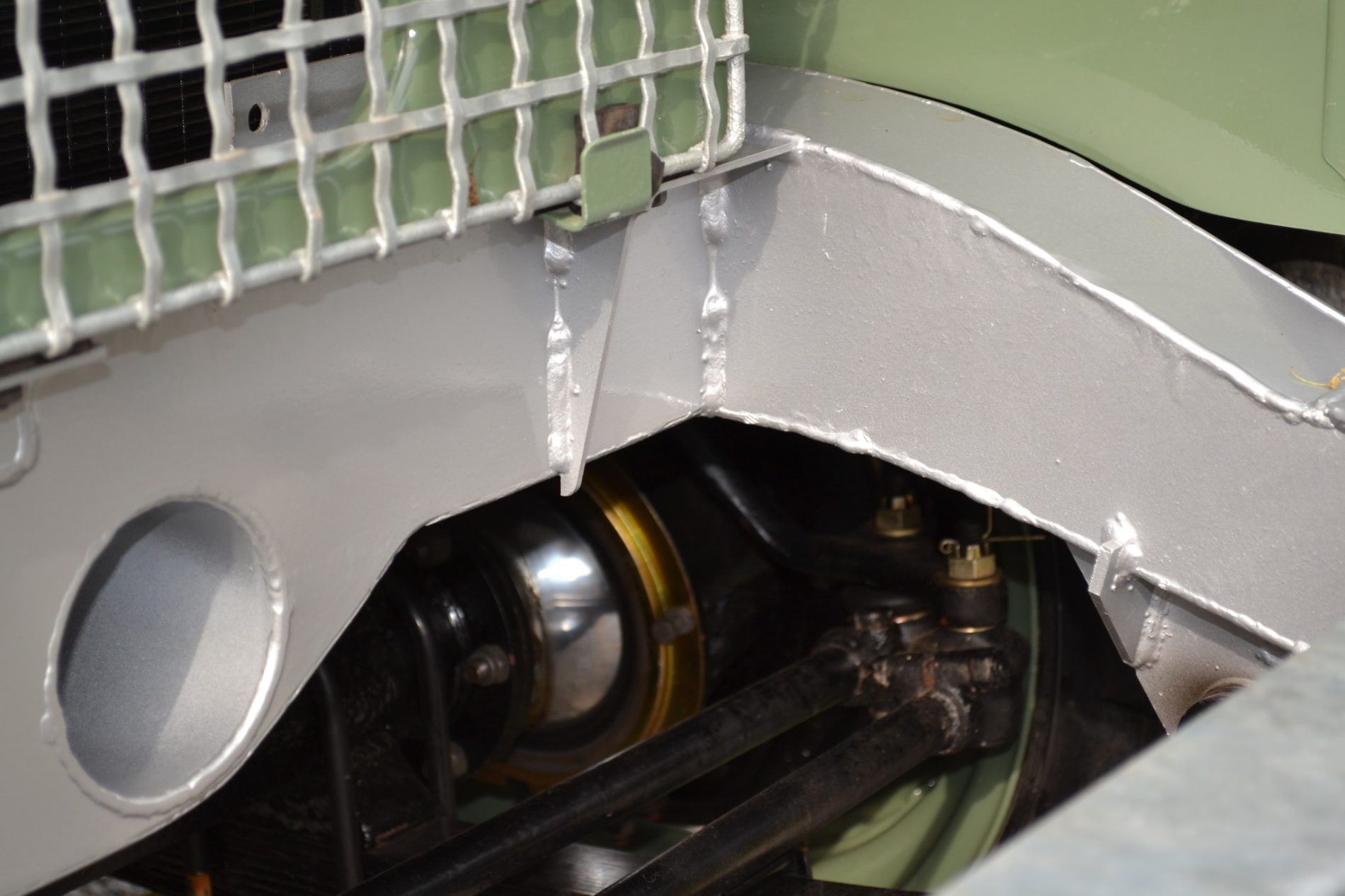 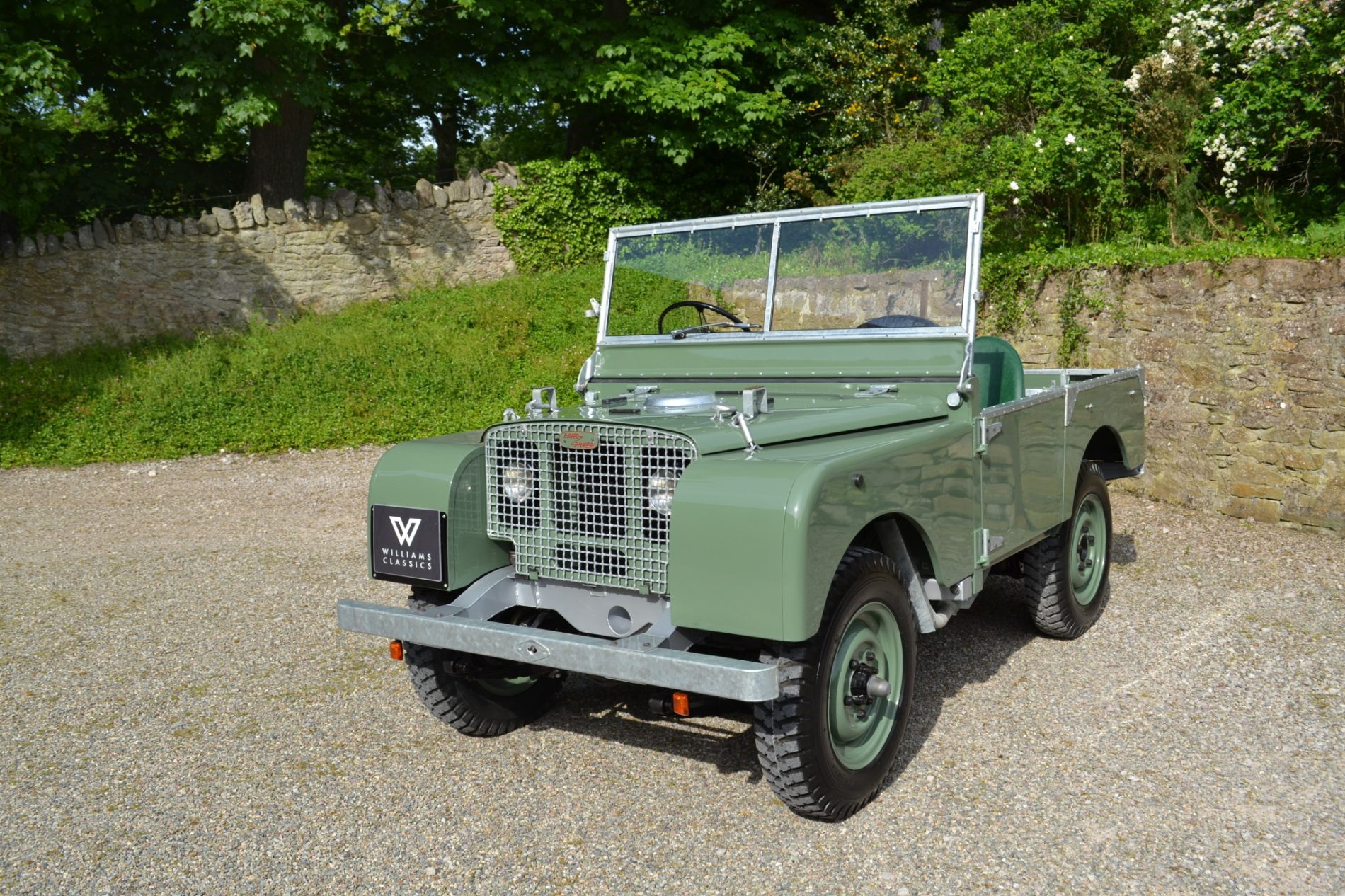 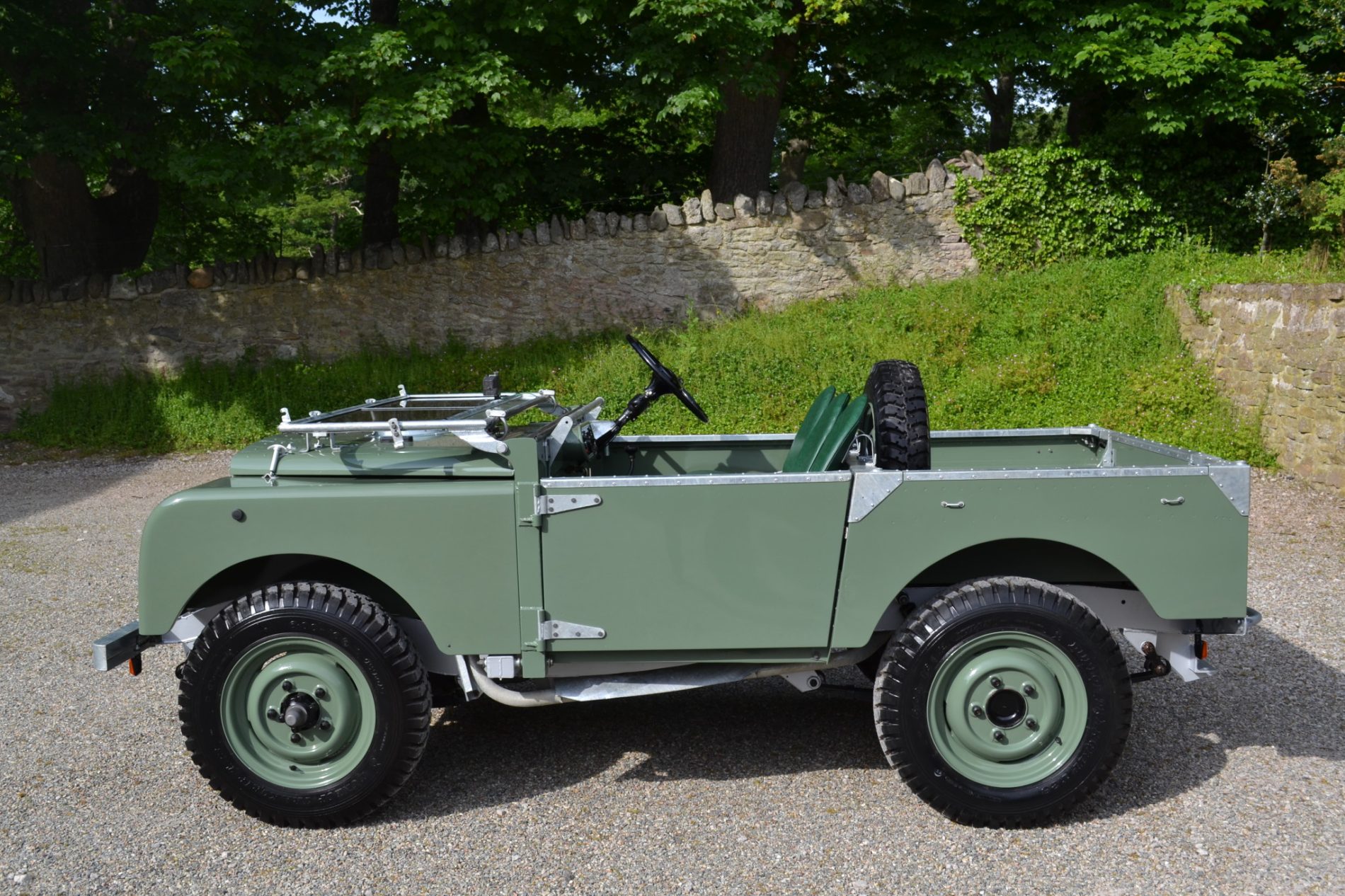 We are happy to have on offer R861887. This is the 1887th production Land Rover which was originally built on 13th January 1949 and despatched from the factory on 14th January 1949. It was original supplied by Rossleigh Limited, Newcastle-upon-Tyne and first registered on 20th January 1949 it carries the fantastic original registration number of DNL 48 which looks fantastic on the vehicle.

This is a very early silver chassis example and still has all its original running gear, side plate engine which is numbered 861860, gearbox and axles. To find a vehicle that is 67 years old and retains all it's original running gear is outstanding let alone to be restored to such a high standard.

Direct from Ken Wheelwright, the master restorer who has been restoring Land Rovers for more than 30 years.

When Maurice Wilks, Rover's chief designer, came up with a plan to produce a light agricultural utility vehicle in 1947 he would have no idea that his design would become an icon and launch a whole new industry sector. The original Land Rover was presented in sage green with a canvas roof and revolutionised rural transport. As an engineering marvel it can still outstrip its modern counterparts, and the Series I rightly belongs in the Motoring Hall of Fame. Hugely successful globally, improvements were made throughout the production run. In 1950 the lights moved from a position behind the grill to protrude through the grill and in 1952 a larger 2.0 litre petrol engine replaced the original 1.6 litre.
One man who has come to be known as the worlds leading authority on early Land Rovers, and indeed the go-to restorer for leading collectors and Land Rover themselves, is Ken Wheelwright. Working from his Yorkshire farm, Ken's restorations include three early pre-production prototype Land Rovers, two Tickford Station Wagons, the first Automobile Association restored 80 inch now on display at the Coventry Motor Museum and a Tickford Land Rover for the British Heritage Motor Museum. Four other vehicles are in a German museum collection, along with an exact replica of a Land Rover factory Transporter which took two years to build from archive pictures only. The most notable of Ken's achievements came when he was chosen as one of Jaguar Land Rover's preferred restorers, having supplied them with two Series I Land Rovers in dark bronze green that have featured on television programmes worldwide.

As a testament to his unsurpassable reputation Ken was commissioned by Land Rover to restore a Series IIA Land Rover which had been owned by the Wilks' family and was presented to the founder on his retirement from the Rover Company in 1965. This vehicle now forms part of Land Rover's own heritage collection, joining Ken's other restored Land Rovers. As befits the work of a no nonsense Yorkshireman we will end the superlatives here and move on to the Land Rover itself.

When Ken took ownership of the Land Rover he undertook a full nut and bolt restoration, so comprehensive that it would require a full page to list everything that was done. A brief summary includes a galvanised chassis, painted in the correct age matching silver and most original components reconditioned the vehicle even sits on superseded and highly sought after new Dunlop T28 Trakgrip Tyres. When some parts were found to be beyond repair, original Land Rover new-old stock components were used. The engine, gearbox, axles etc were completely rebuilt at the same time and this vehicle really does tick over like a watch and pulls with plenty of power. In addition a new wiring loom and brake components were fitted as was a new canvas roof. Rear bench seats in matching trim are available with the vehicle should the buyer wish for them to be fitted.

POA (This vehicle is one for a serious collector.)