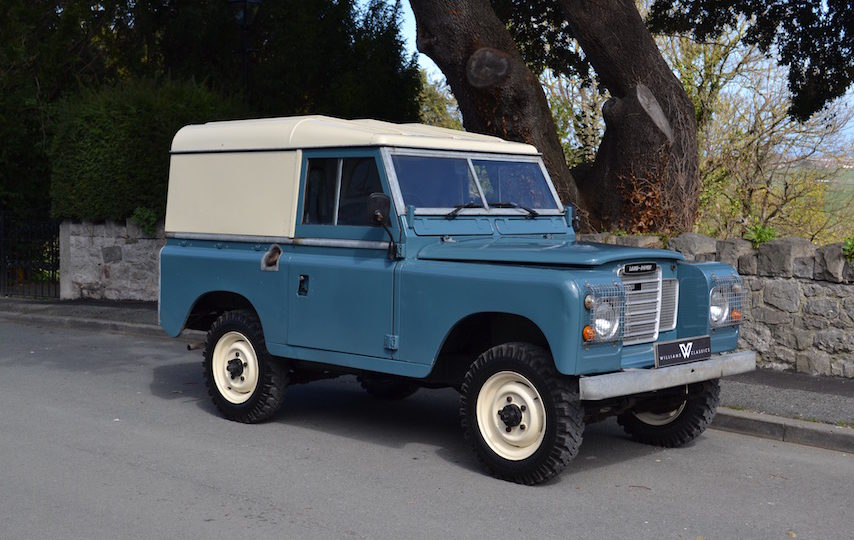 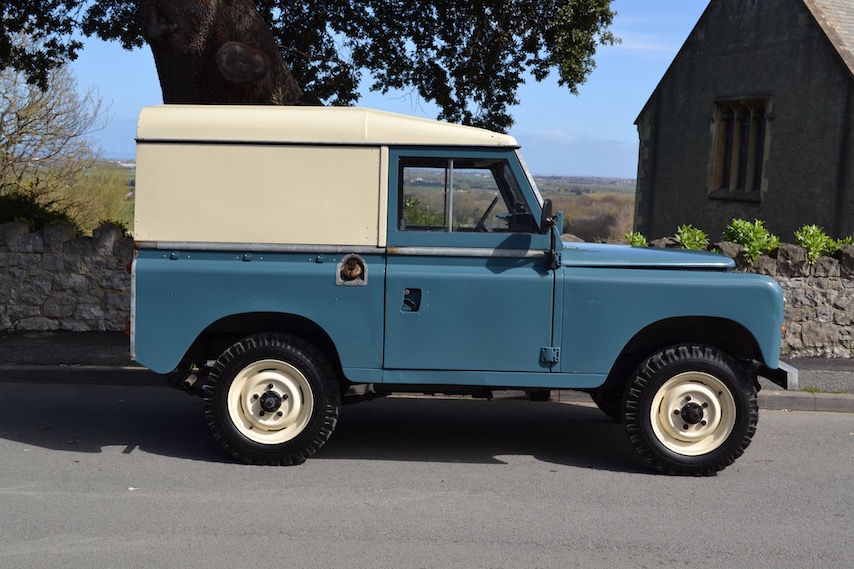 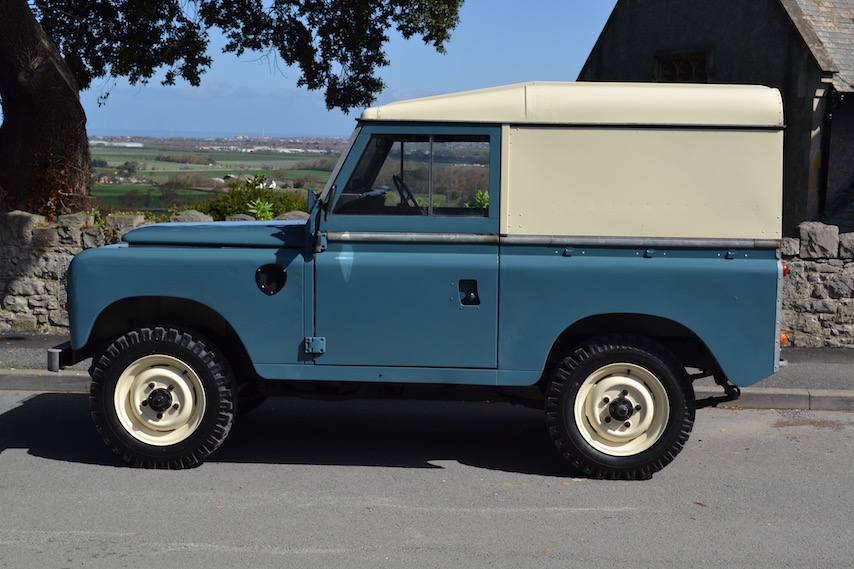 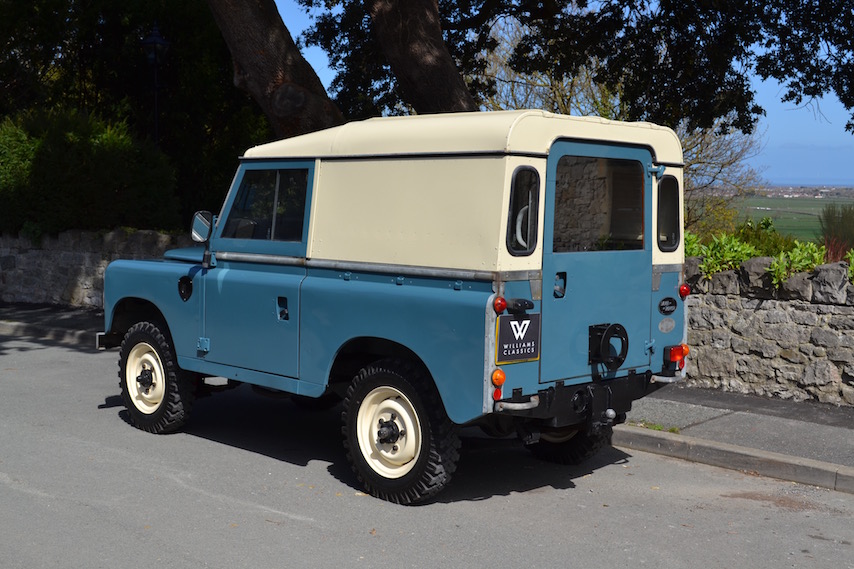 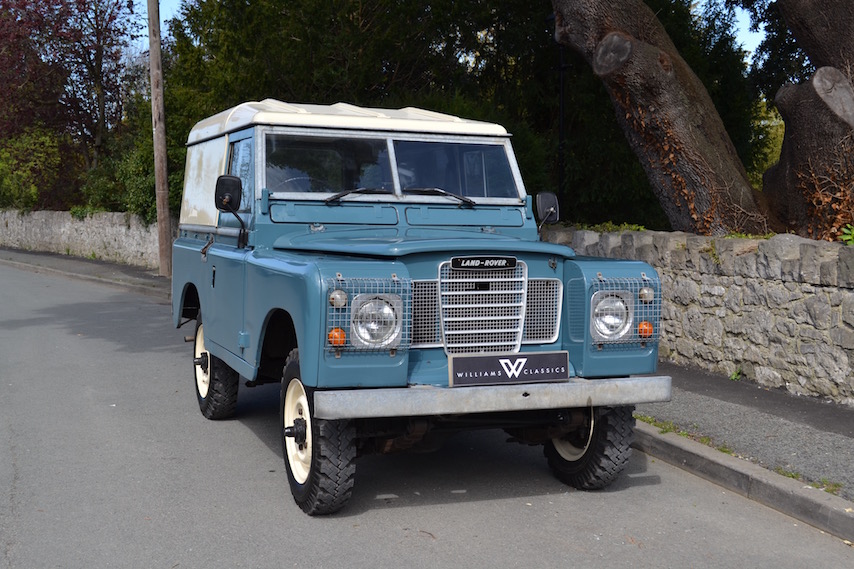 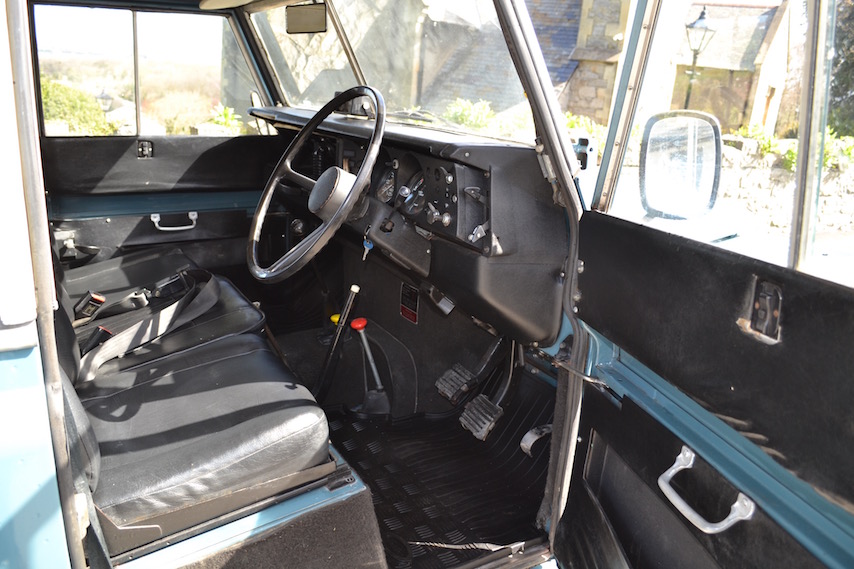 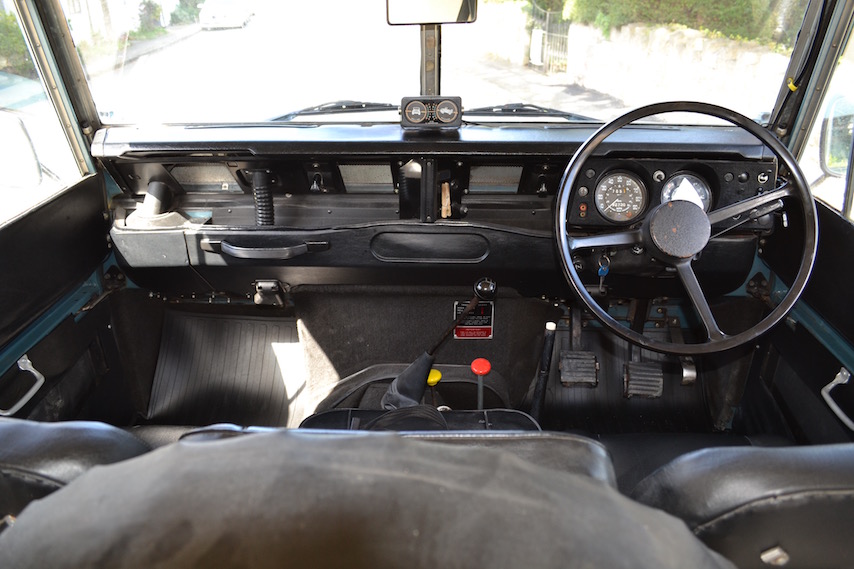 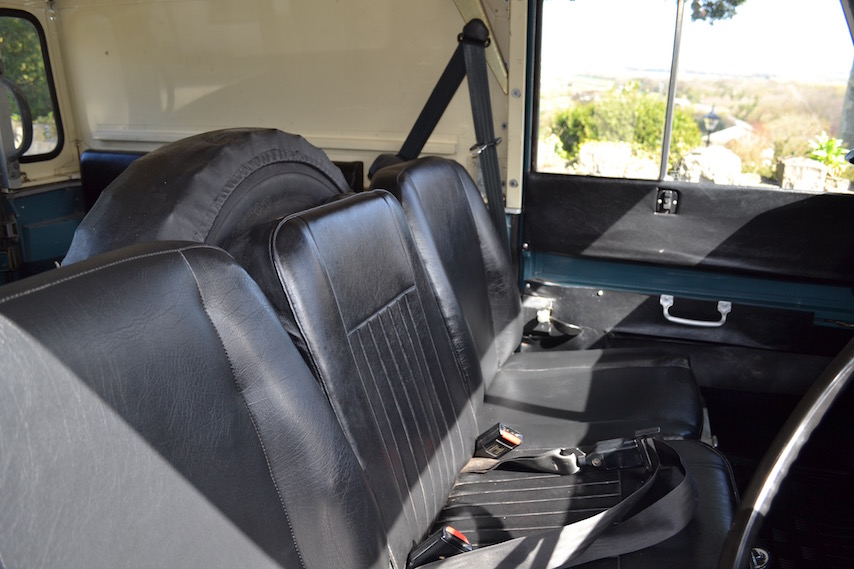 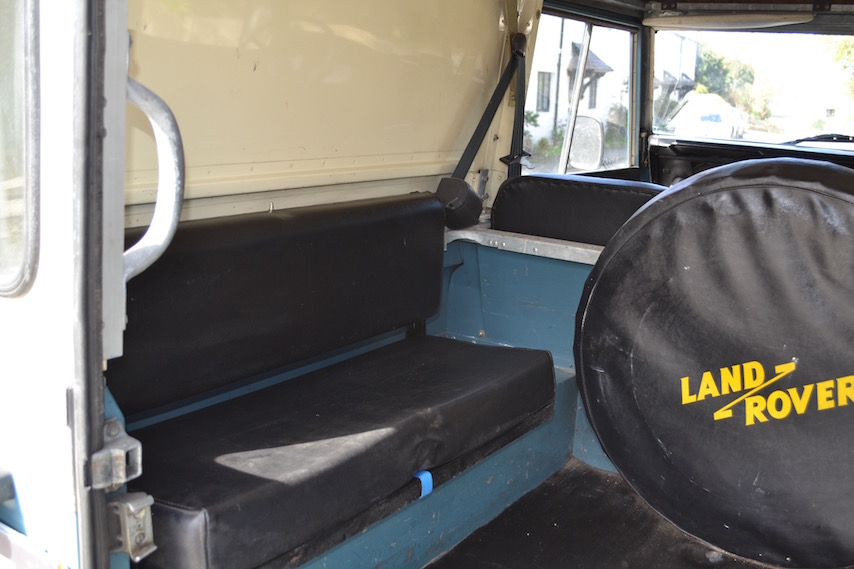 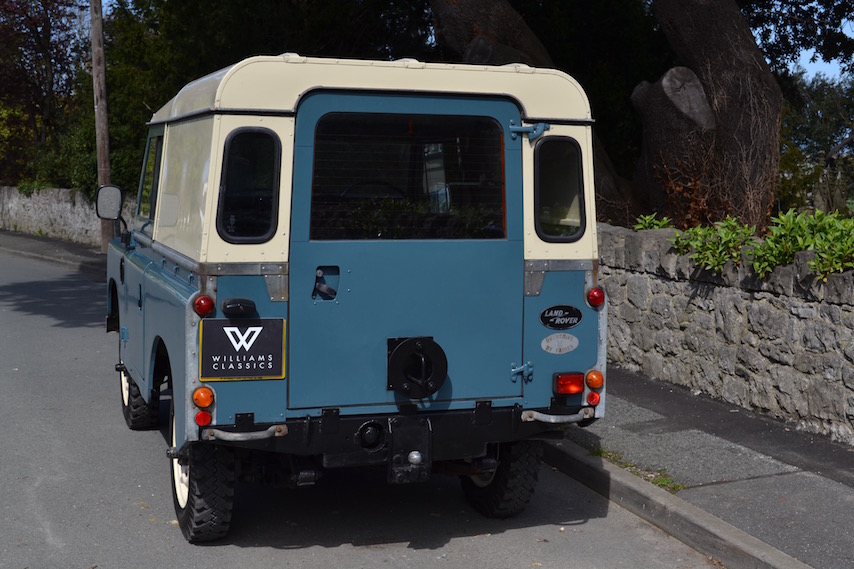 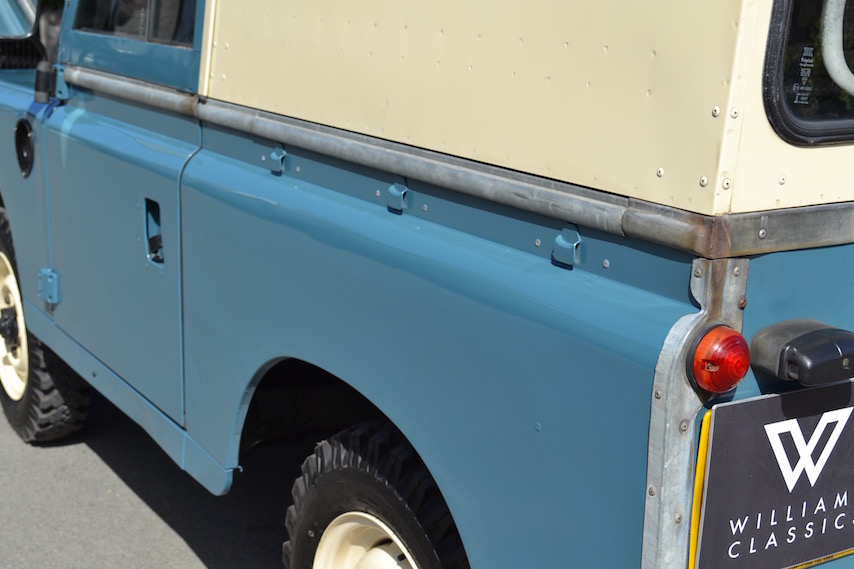 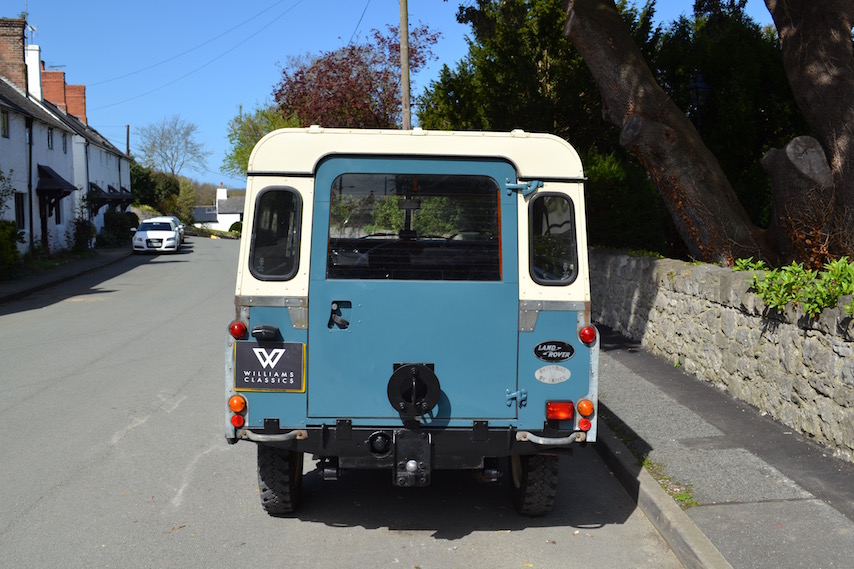 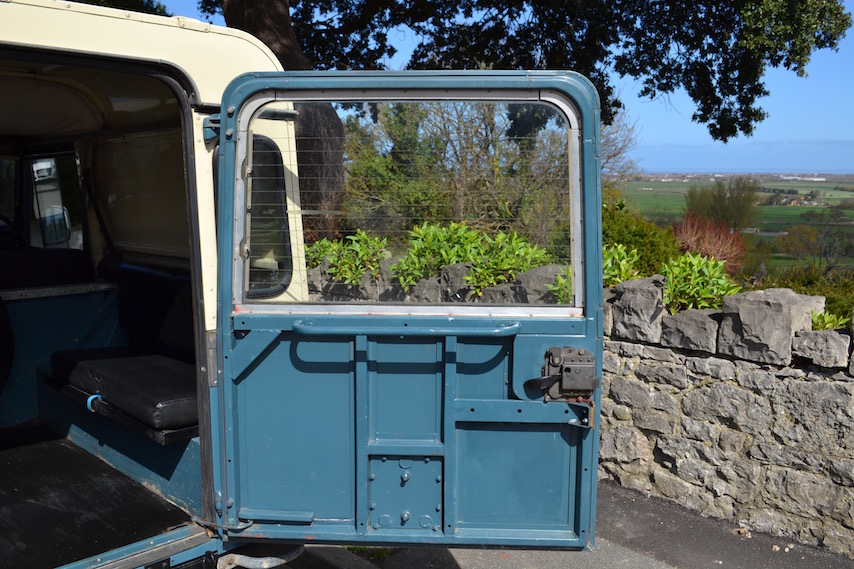 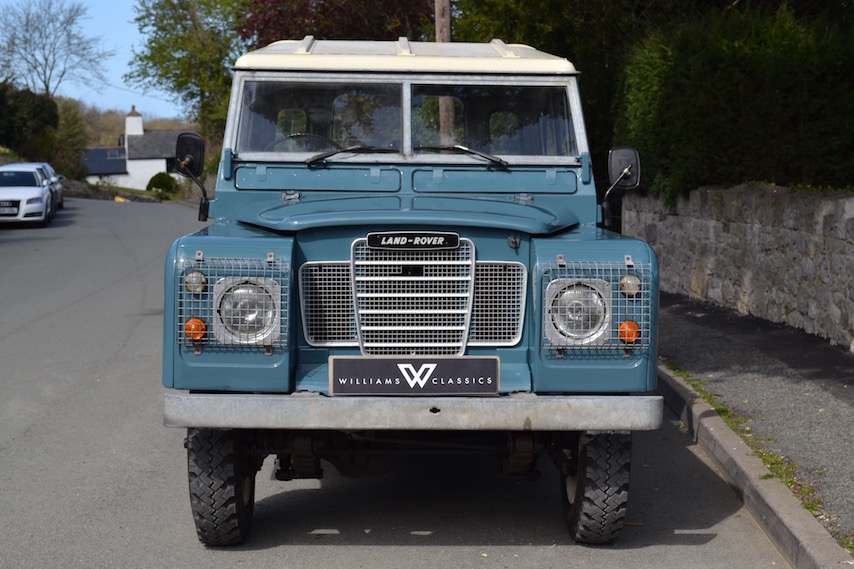 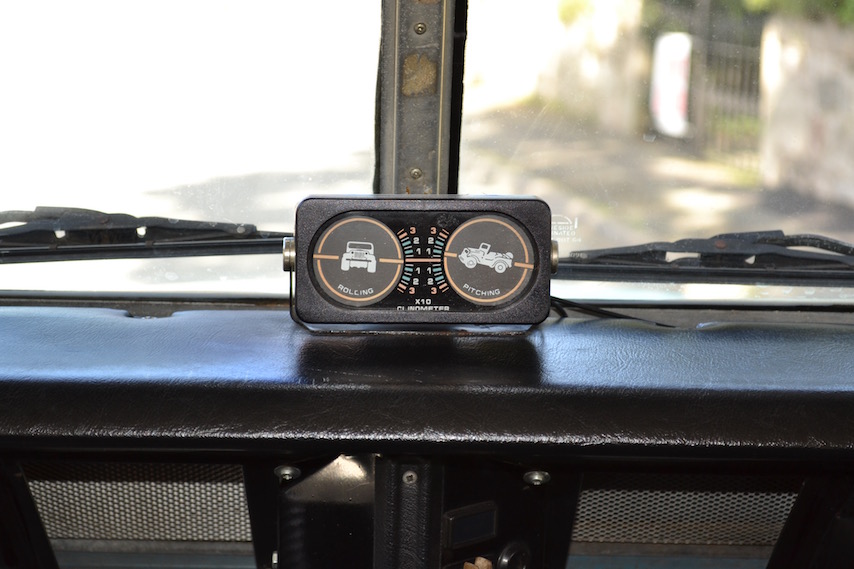 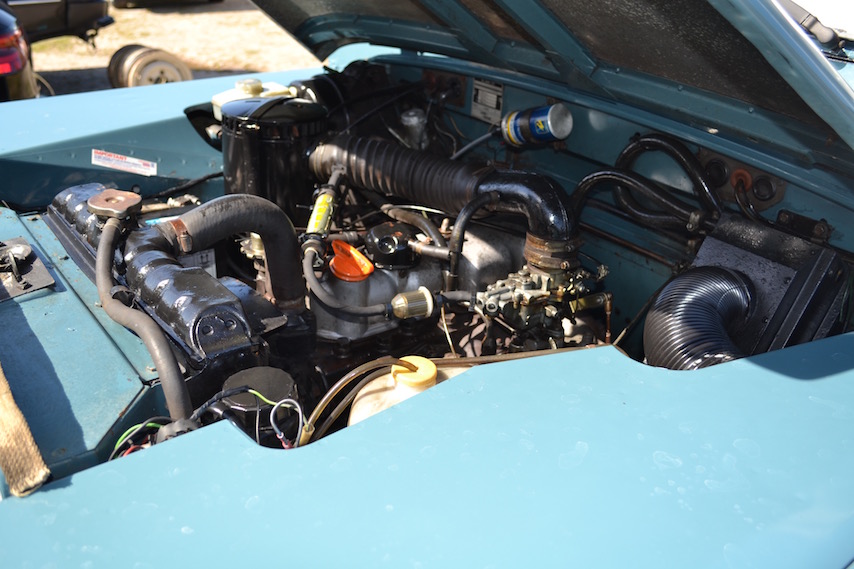 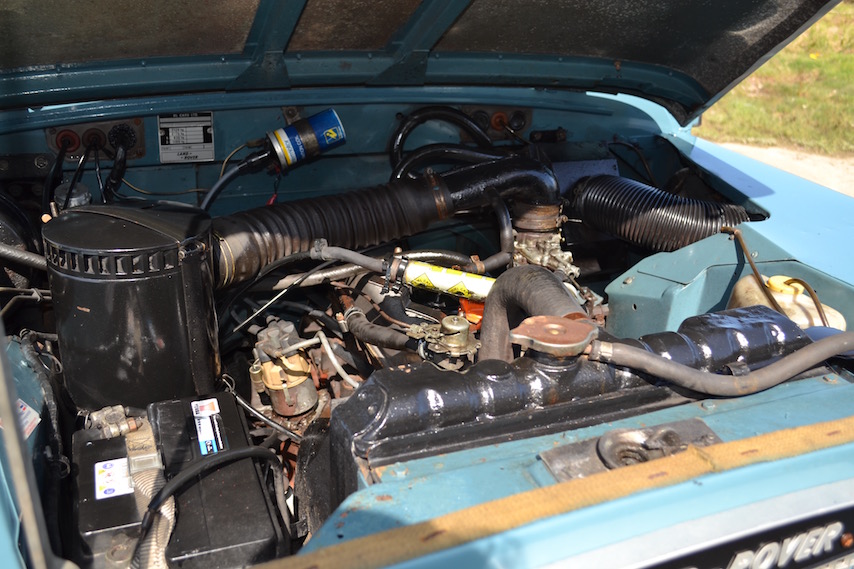 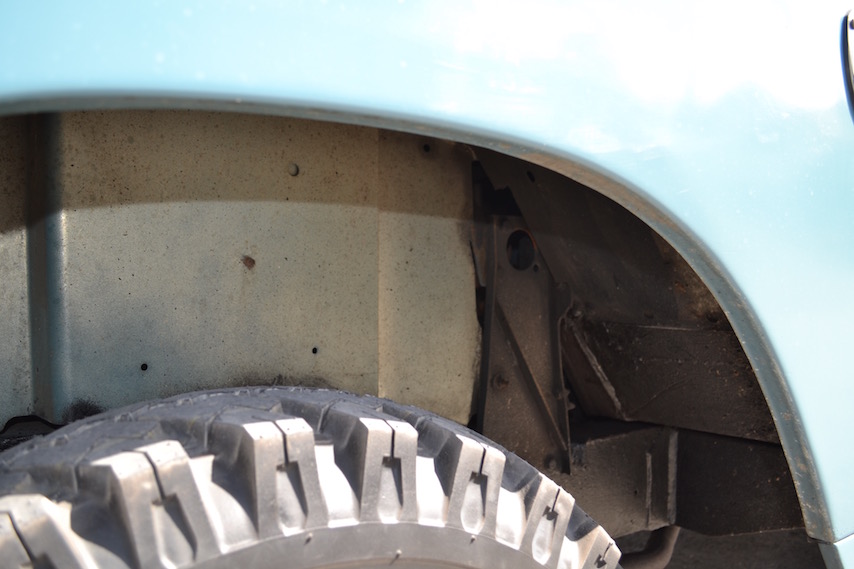 In very good condition it has recently been recommissioned it has also benefited from a sympathetic respray. This vehicle was made in 1983 and so benefits from some later changes that were then carried through too Land Rover 90/110 production.

The vehicle has had three previous owners and has been well looked after over the years. It has recently benefited from a new set of Lassa Tyres.

It is fitted with the later and correct 5 bearing crank engine which is much smoother and more powerful than the previous 2.25 petrol engines. This makes for a much smoother ride and it pulls up hills much better and saves the need to drop down a gear. This Land Rover really does start on the button and drive very well. It also has the befit of a fairly overdrive which has been fitted since new the original sticker is still on the back of the vehicle. There is a lot of previous mot's, tax discs and service history for the vehicle which is often hard to find with a Land Rover of this age.

This is an opportunity to buy a good appreciating classic Land Rover. It isn't like most Series 3's that have a shiny paint job and poor repairs to the chassis and bulkhead this is a good original and solid vehicle.