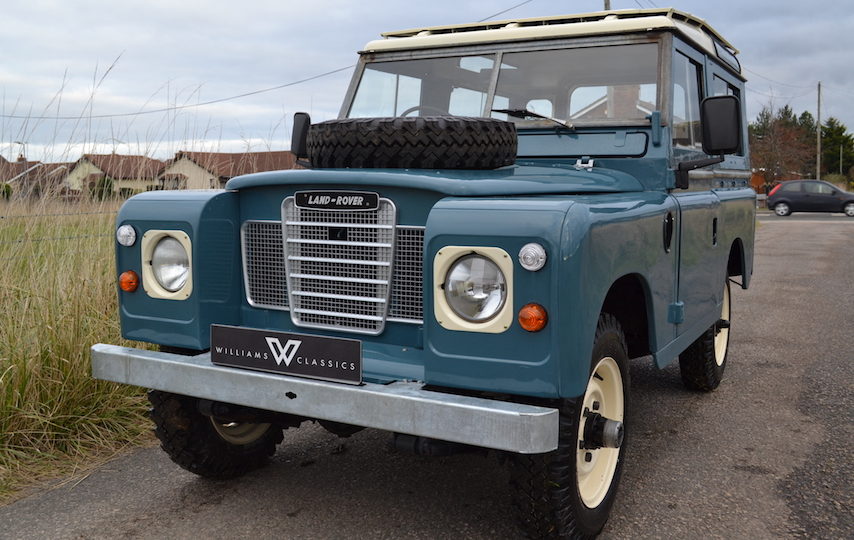 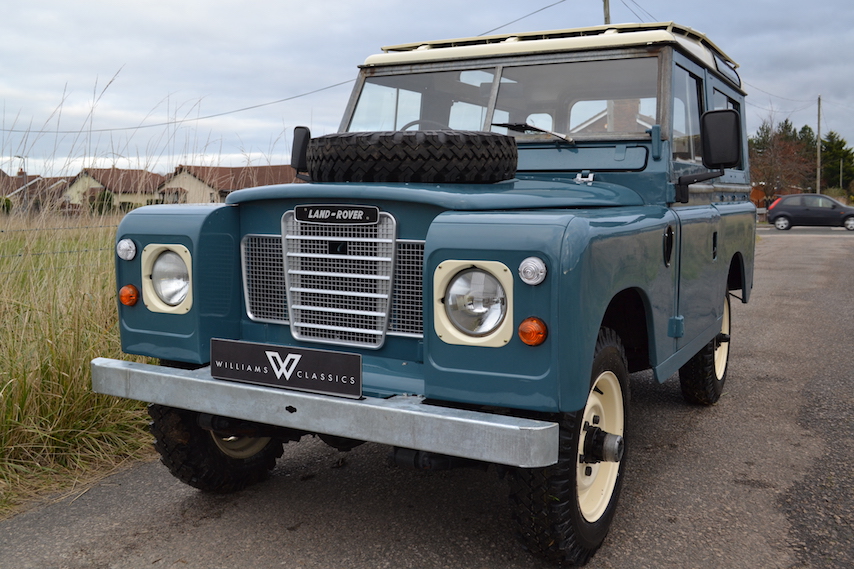 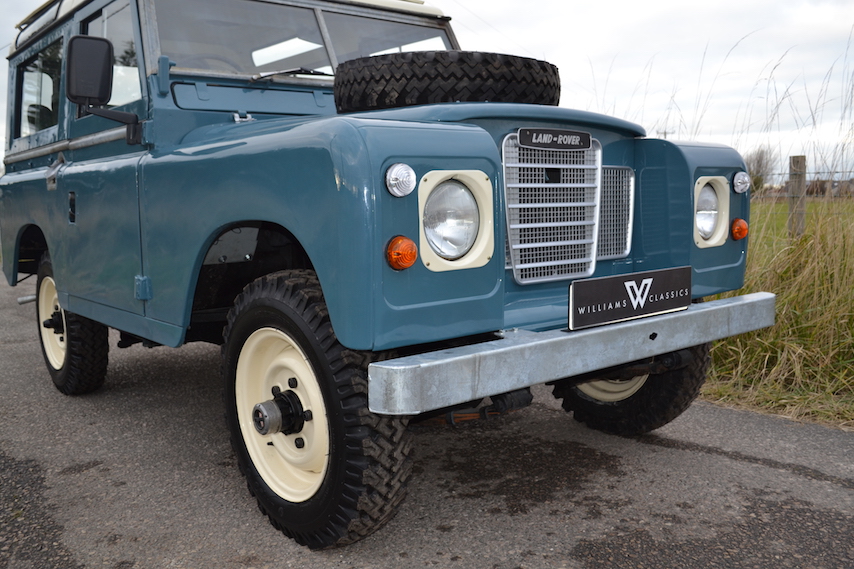 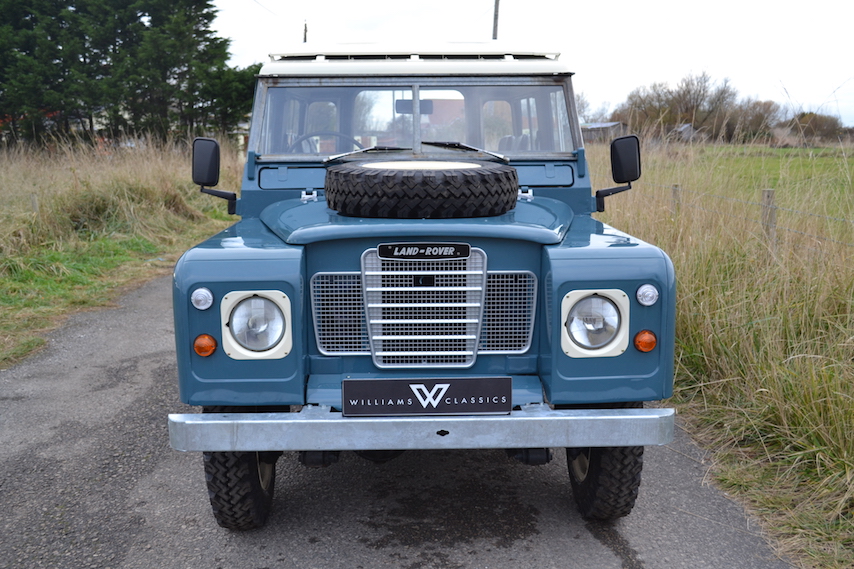 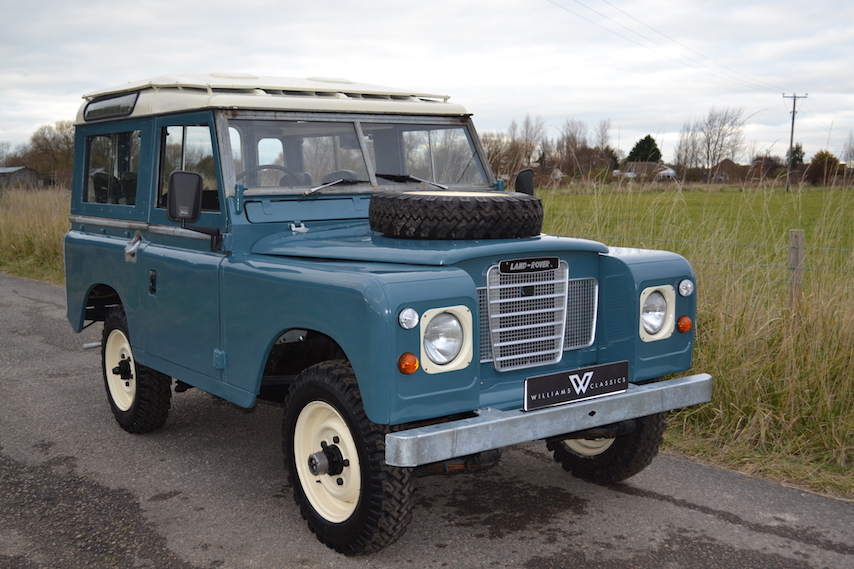 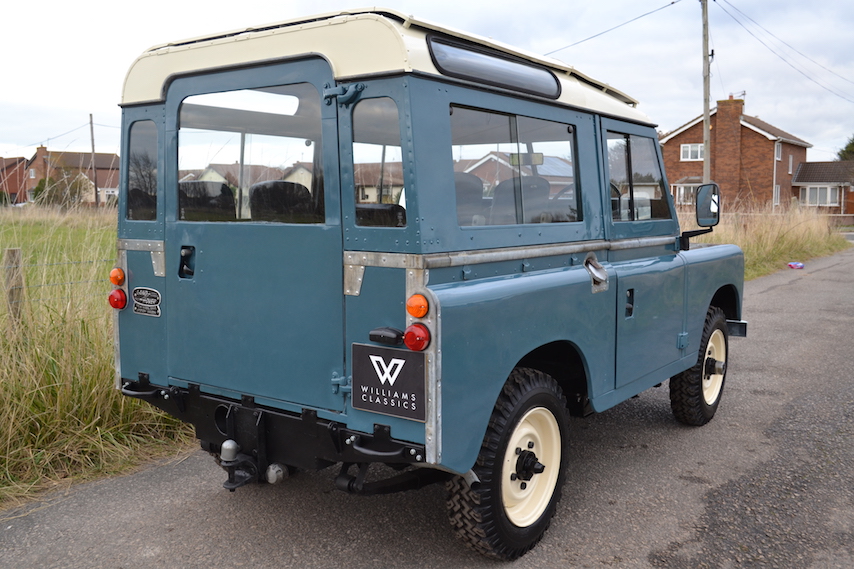 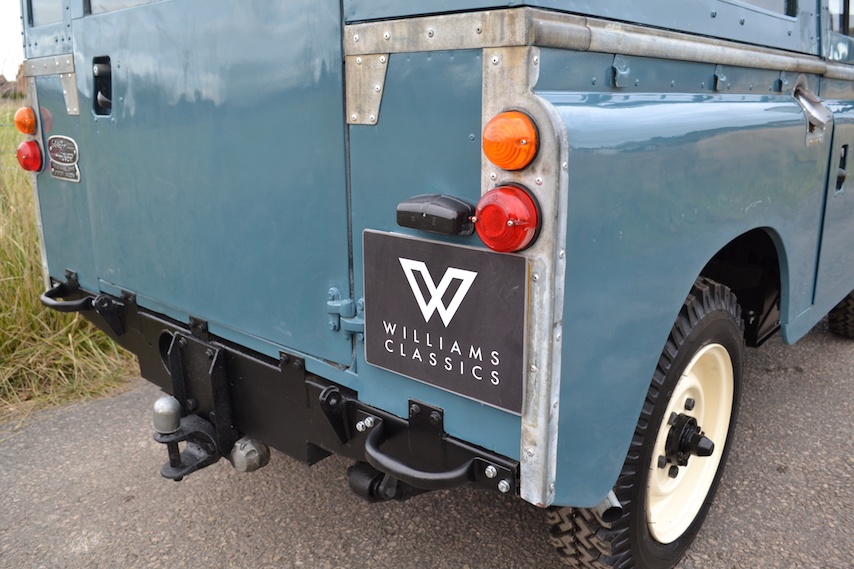 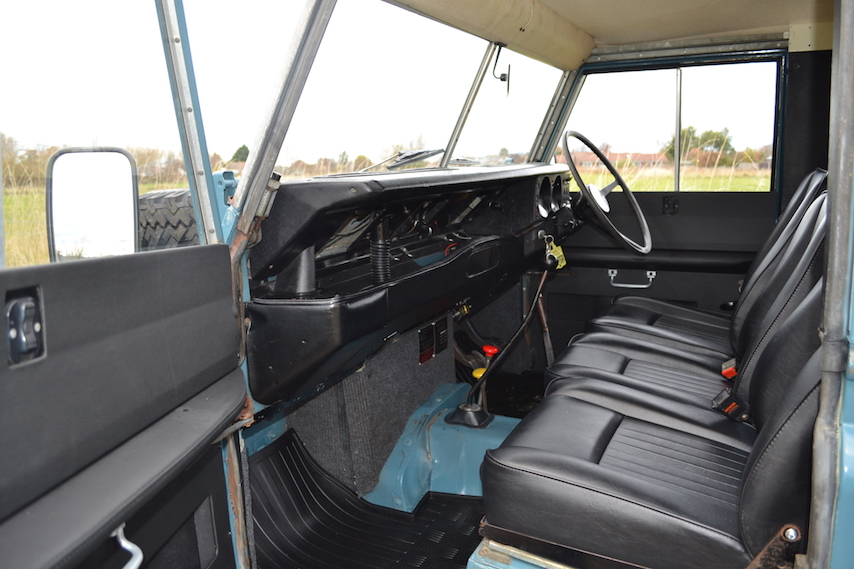 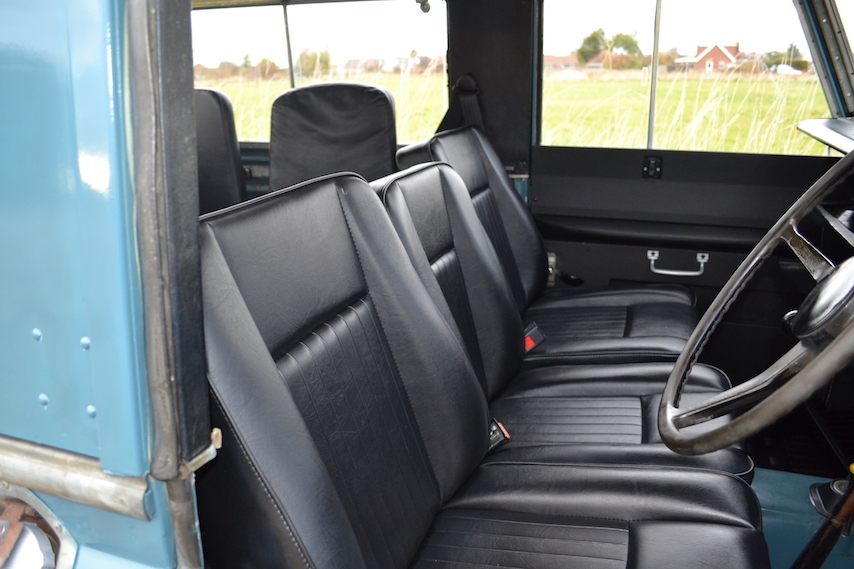 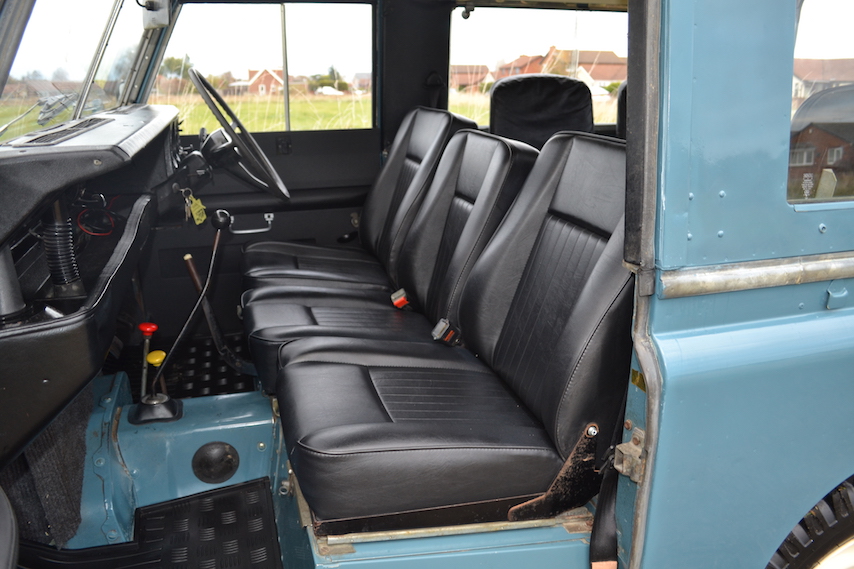 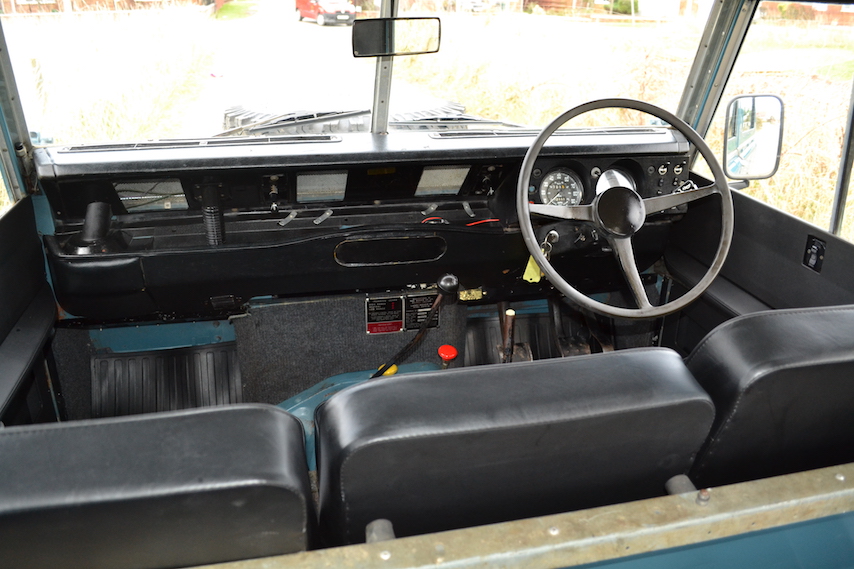 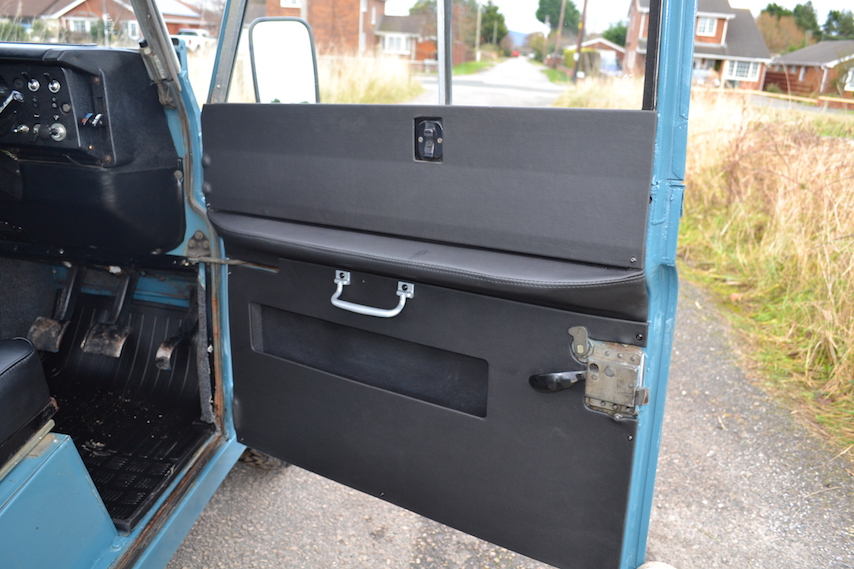 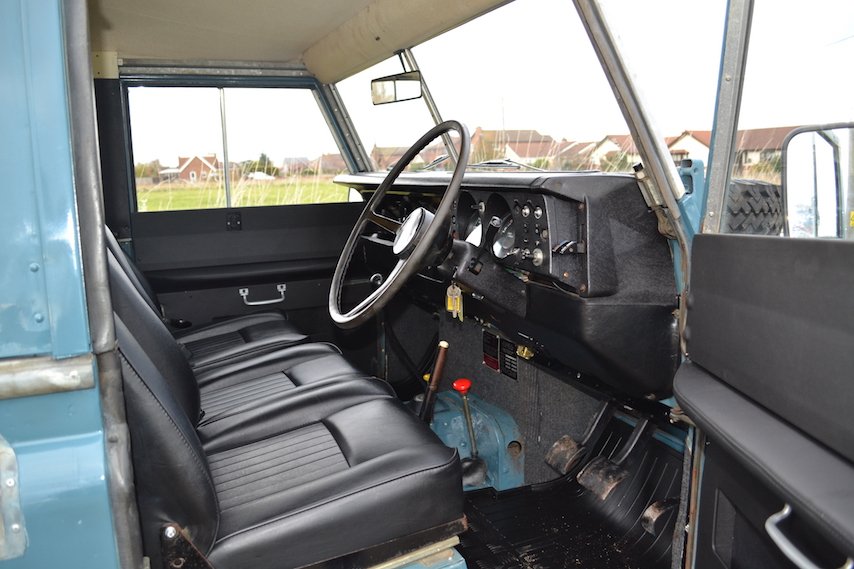 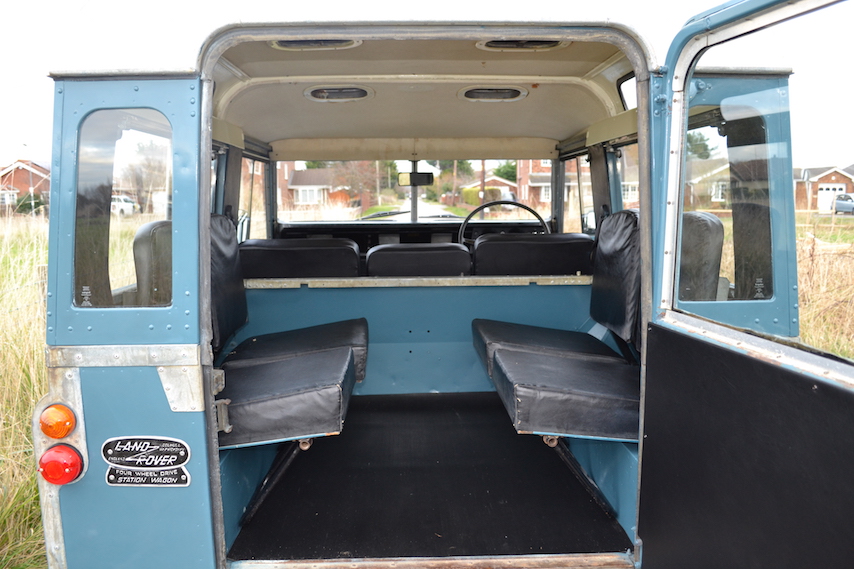 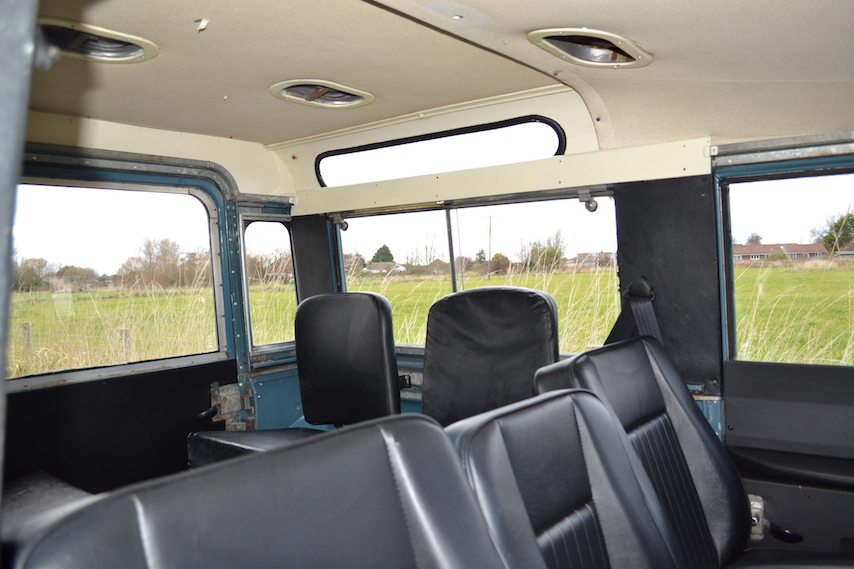 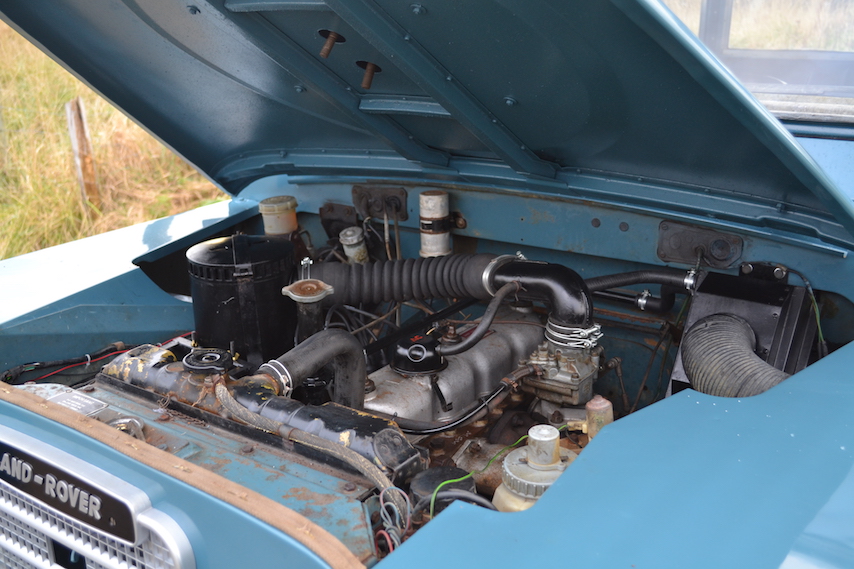 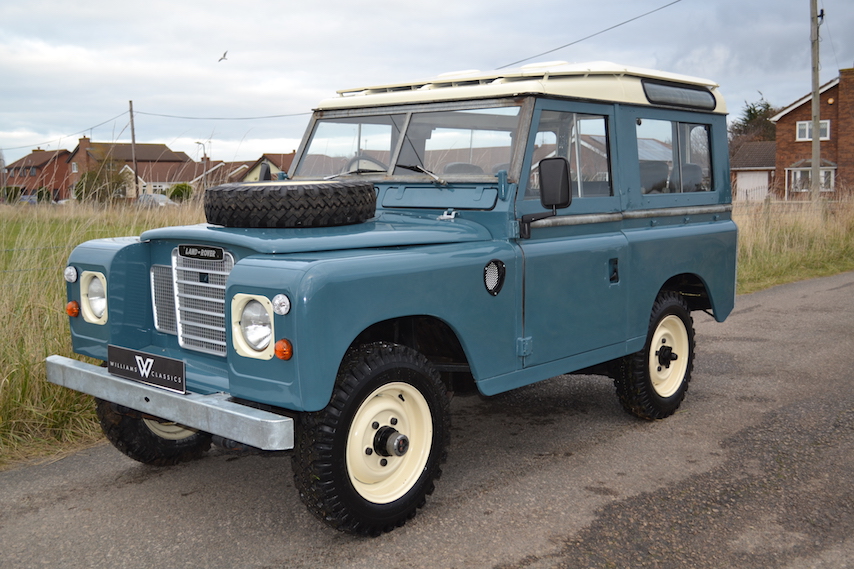 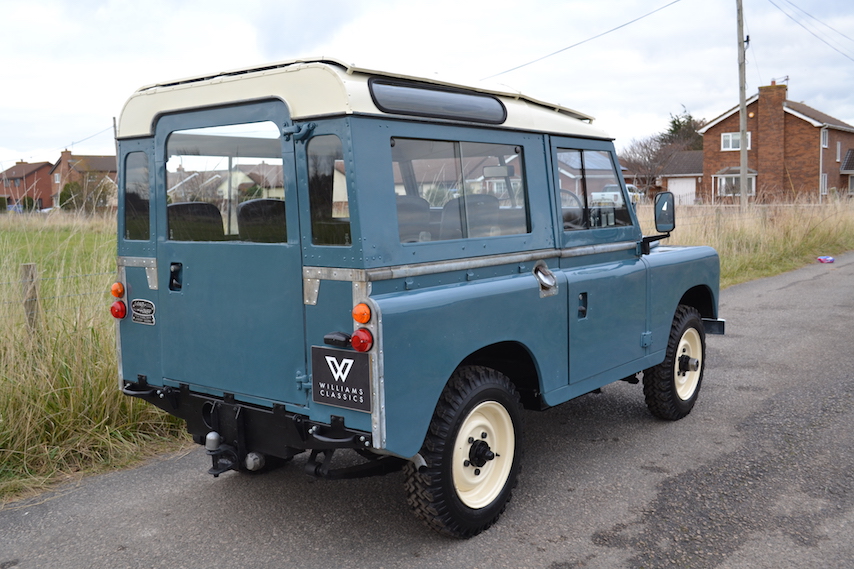 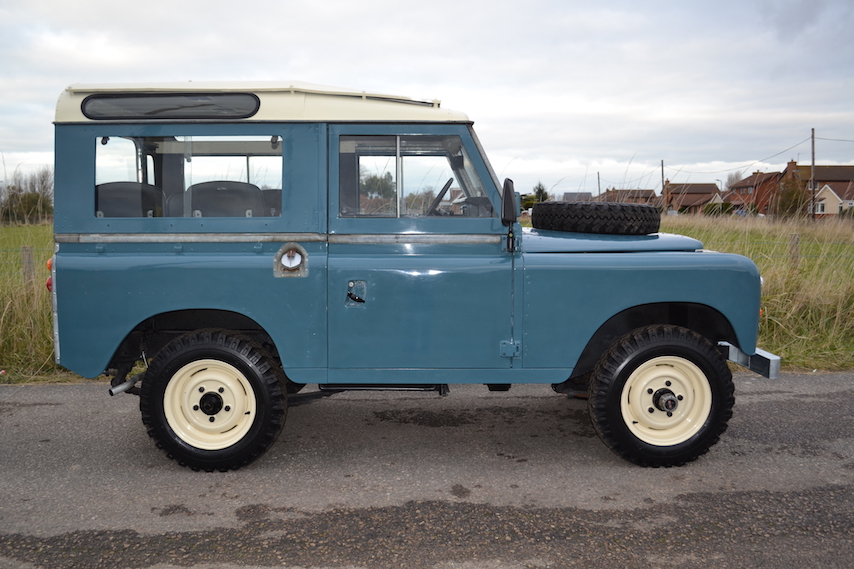 This vehicle is a early Series 3 and has many features that were carried over from the late Series 2a production. Such as Series 2a rear lights, gearstick, number plate on the right hand side and some other small features.

Just 72,000 miles from new. First registered 11th April 1973. It has had five previous owners of which a majority have owned the vehicle for long periods of time. The vehicle has been mainly in the Coventry area, the last keeper had the vehicle since 1998 so a total of 18 years.

Unique in such good original condition and we think this is one of the lowest mileage best original station wagon examples available.

To find an unmolested example has become very hard, but to find one that has only covered seventy-two thousand miles, retains all of its original panels, its original chassis, engine, gearbox and interior it becoming very hard.

The body work is very straight and is way above the average 44-year-old Series III Land Rover.

It has benefited from a cosmetic respray and detailing through out.

The wheels are finished in Limestone, which is factory correct for a 1972 Station Wagon. Also the side panels are correct, finished in Marine Blue and not Limestone as the later Series 3 were.

No welding is required anywhere on this vehicle and it is ready to go.

Exemplary - by far the best original Land Rover Series III it still has its original headlining and rear individual drop down seats. This vehicle can legally carry 7 people. There is a matching set of new front deluxe seats fitted and station wagon door cards to both the front and rear doors.

The dash is the early type with different style top vents compared to the later series 3 models.

The rest of the dashboard had been left unmolested. All windows open, all the window channels are good and because the vehicle has been kept under cover not rusted away as so often is the case.

The load area is exceptionally clean and doesn't show any sights of heavy use and is presented with a rubber mat and the individual drop down seats.

One of the best original engine bays we have seen on a Series 3, extremely clean with original stickers still in place. The original 2.25 petrol engine runs very well and has plenty of power and starts straight up even on the coldest of mornings.

Original paint to engine block which is the correct early 3 bearing crank engine which was carried over from Series 2a production.

A joy to drive and such fun, the vehicle will be supplied with a 12-month MOT with no advisories. Four-wheel drive and low range engage, as they should. The gears change up and down as they should and the gearbox has been subject to a full rebuild and a new clutch fitted. It is also complete with Free Wheeling Hubs which function correctly and improves the fuel consumption and drivability.

This is an unmolested and original Series 3 Station Wagon in immaculate original condition. All the numbers match - the chassis numbers on the plates are the same as on the log book registration document and that stamped on the chassis itself.

This is one of the best low mileage and original Series 3 Station Wagons we have seen. In a great colour combination not many Suffix A Station Wagons survive today in such good condition.

What you see is what you get. Please do not expect absolutely pristine as the vehicle is 44 years old. However, you will have to go a long way to find a better vehicle.

Low mileage, history, condition, and originality will contribute greatly to the value of any classic. Anybody can restore a Land Rover to a certain standard however you can't make anymore-original low mileage vehicles and so for that reason these vehicles are becoming increasingly harder to find and so any opportunity to buy one shouldn't be missed.

Anything on this Land Rover that required attention has been done it is now faultless. It has also been fully serviced, new tyres and inner tubes all round, new brakes, clutch the list is too long to mention everything. Please call so we can confirm everything that has been done to the vehicle.