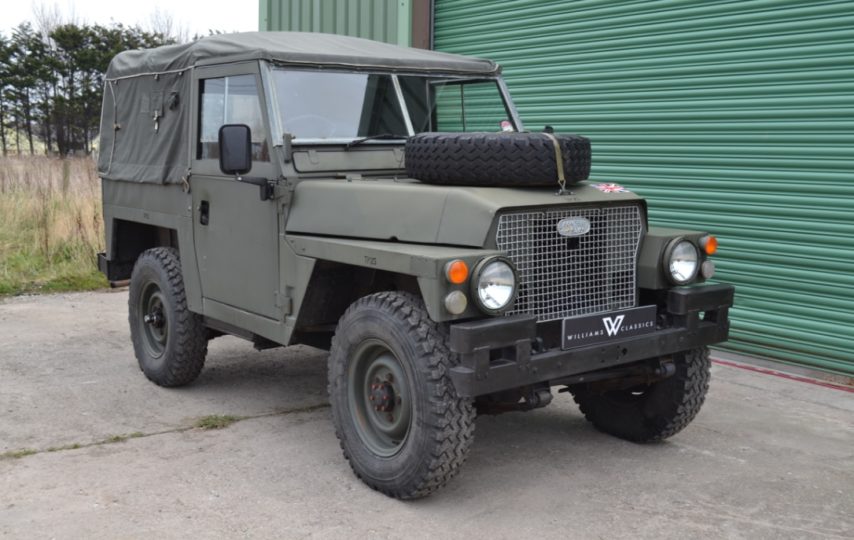 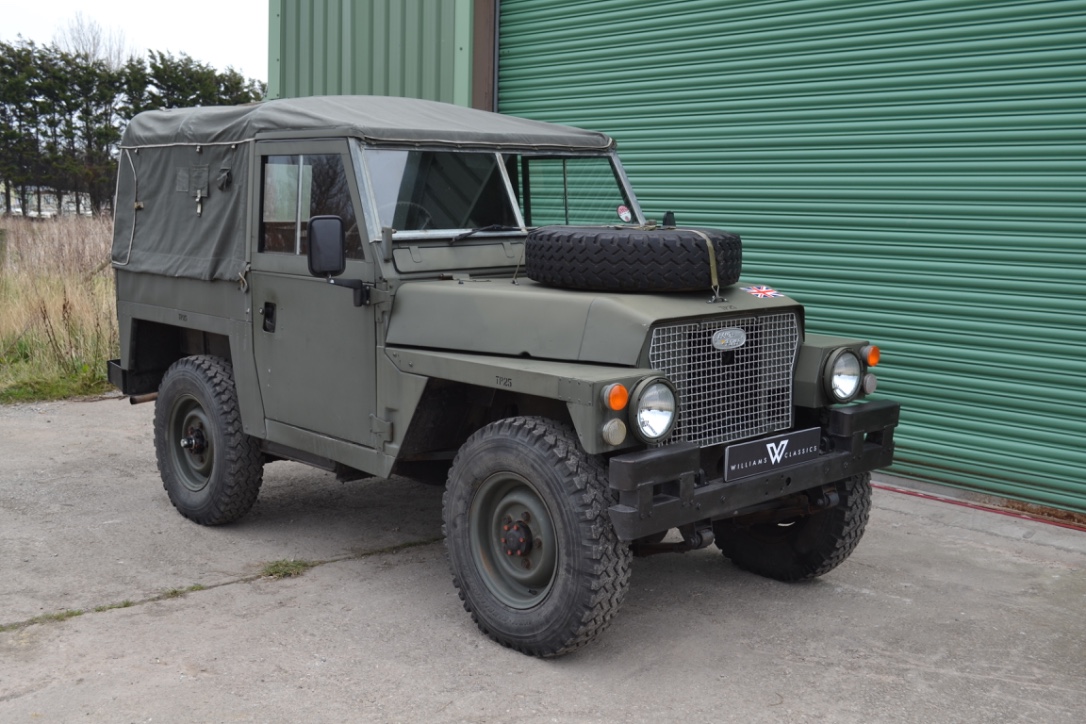 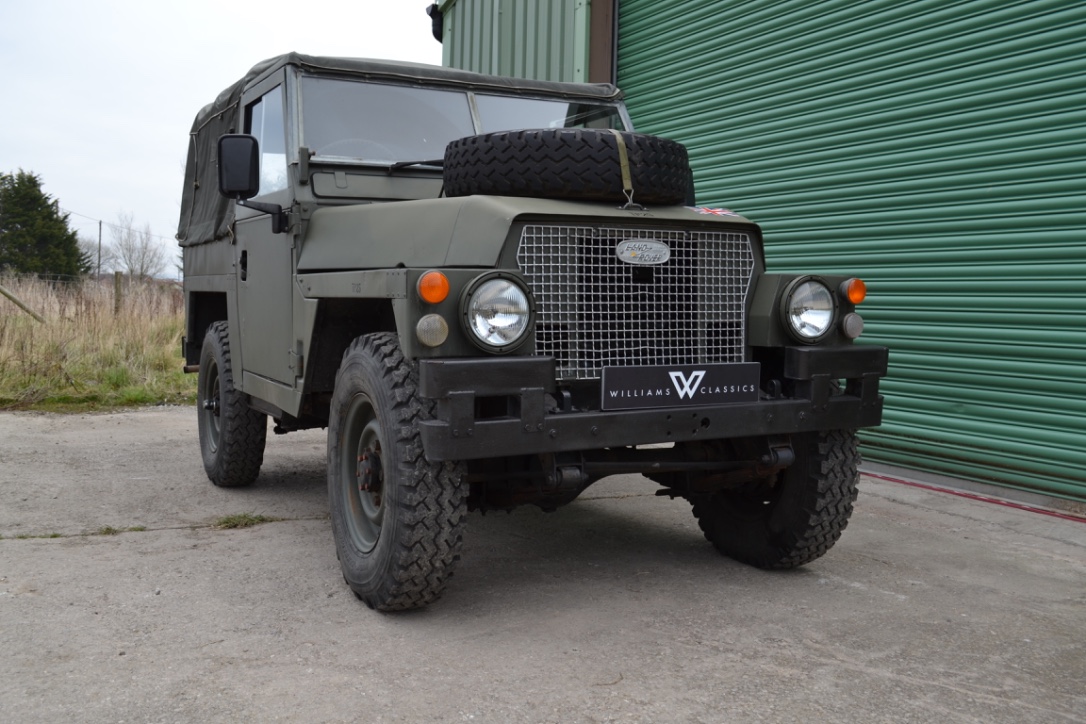 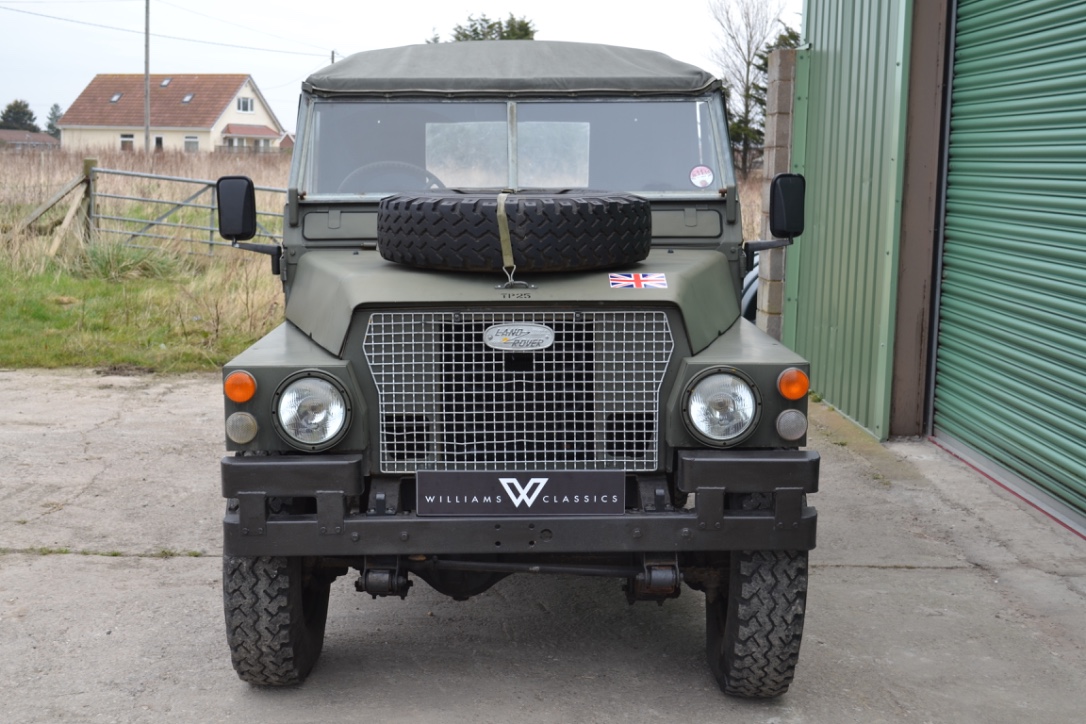 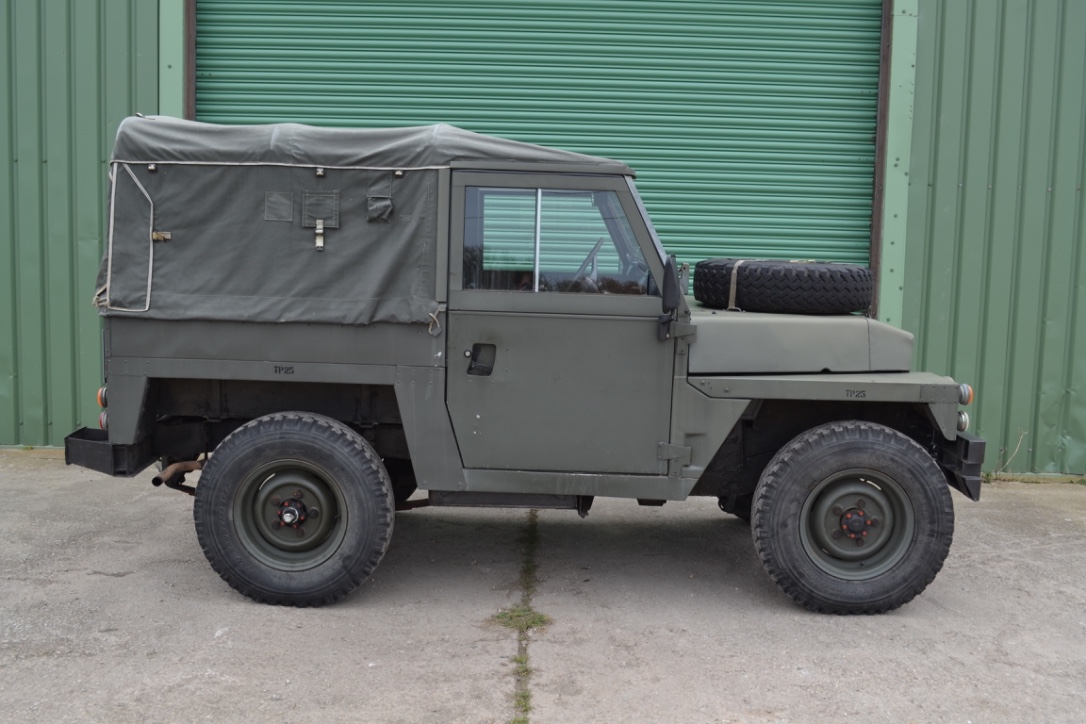 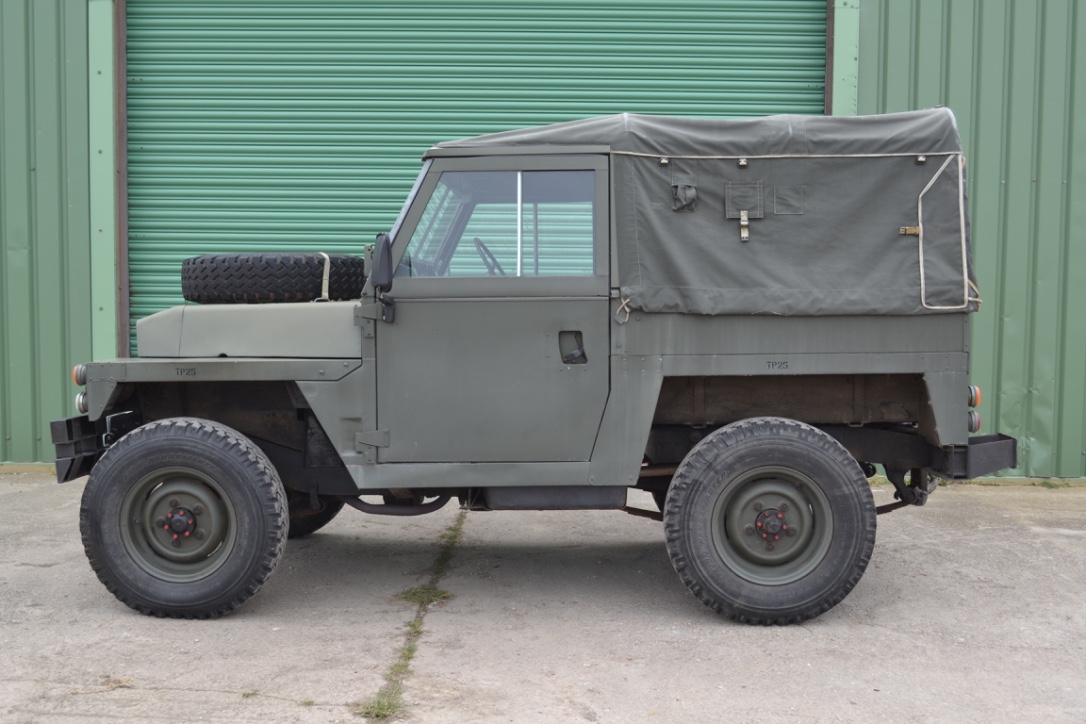 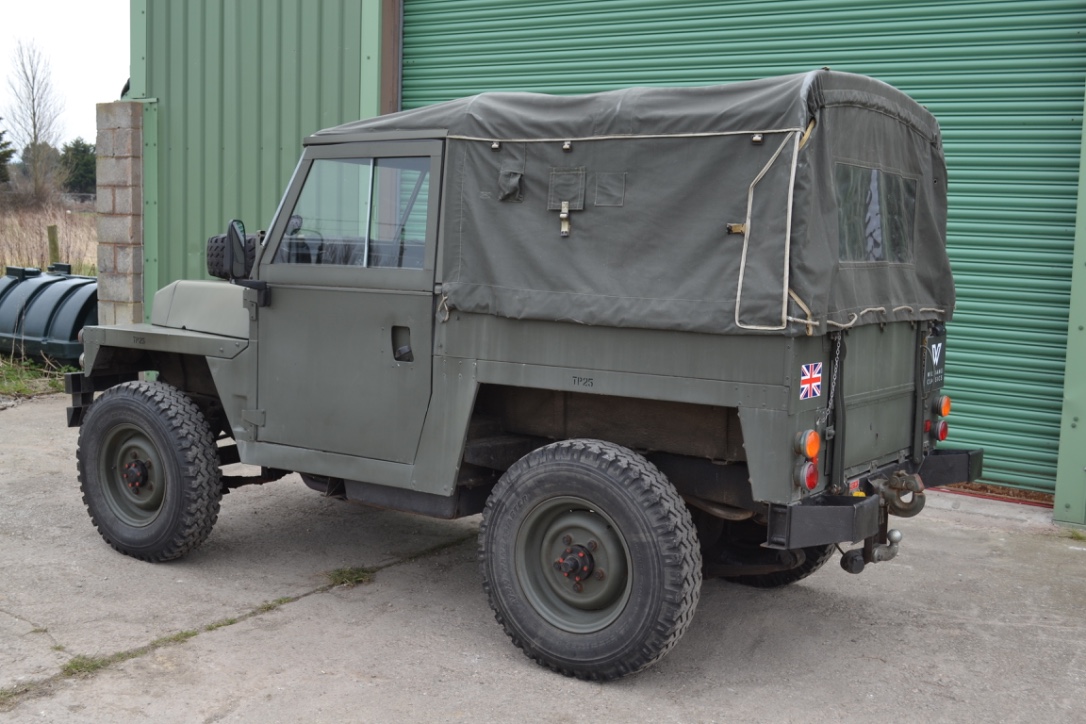 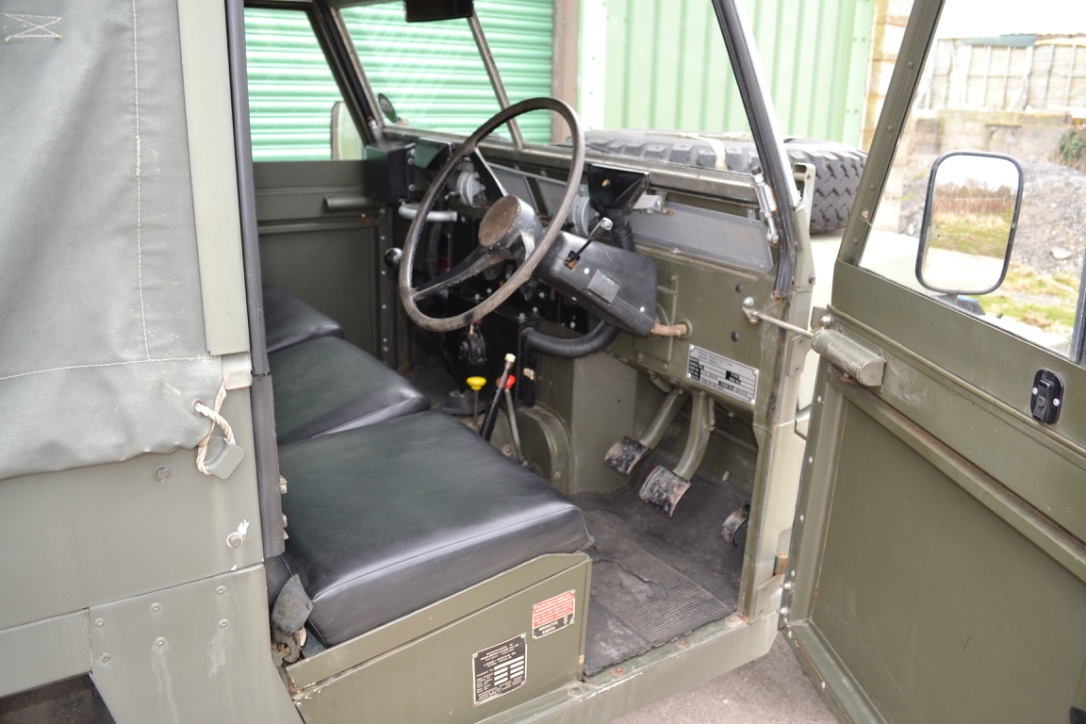 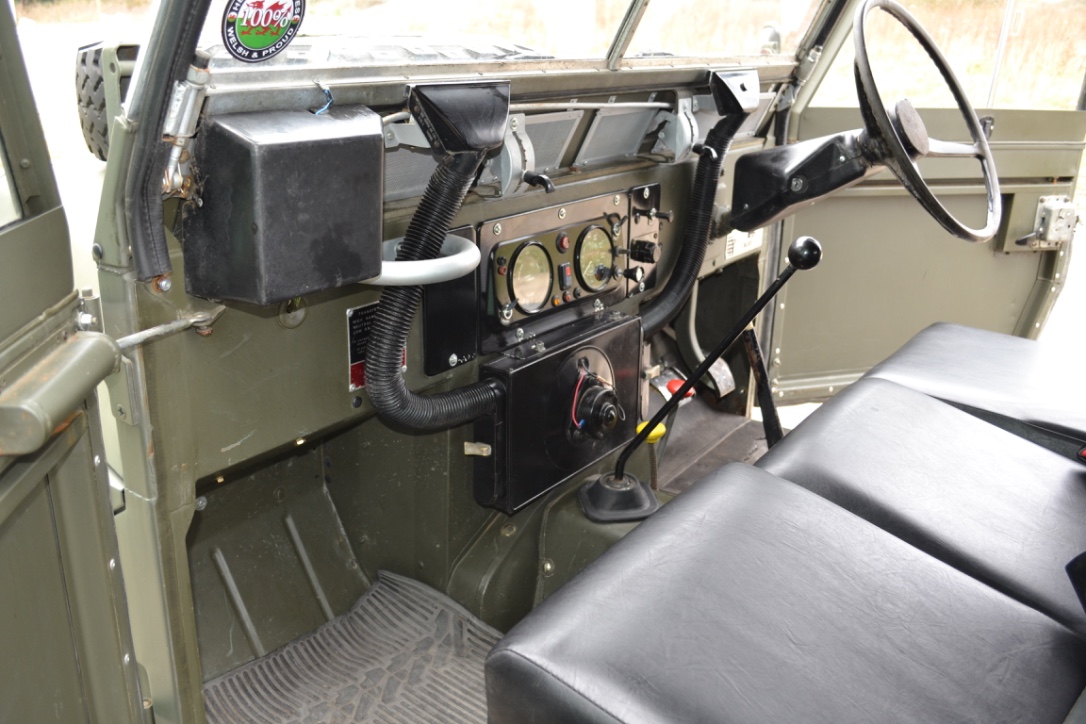 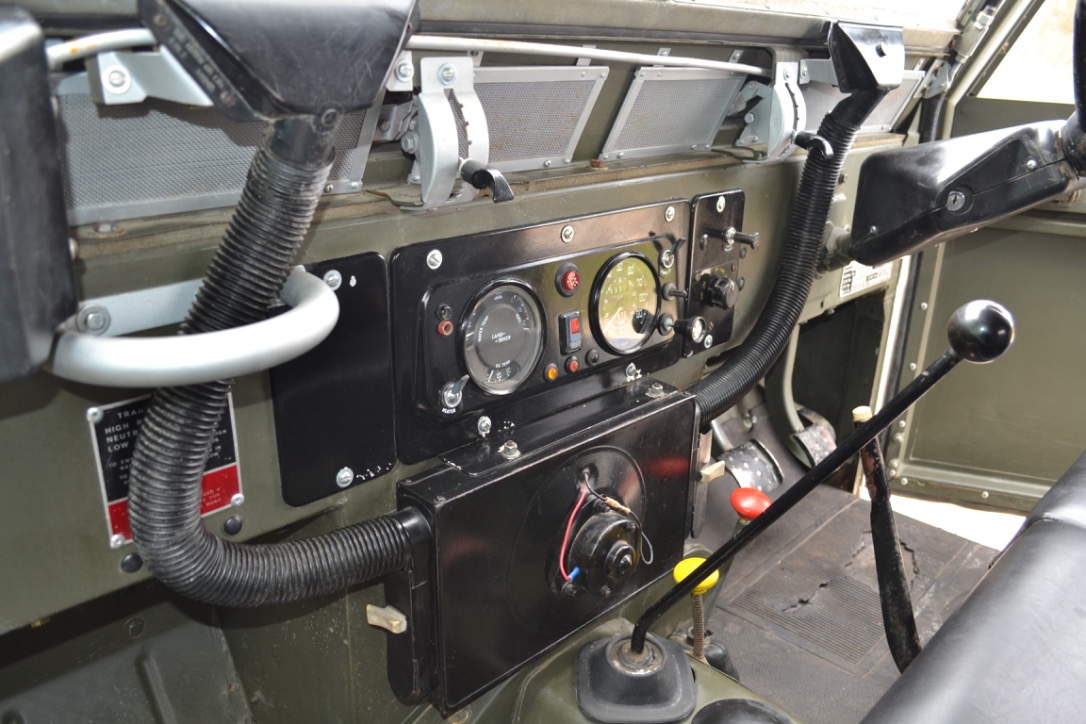 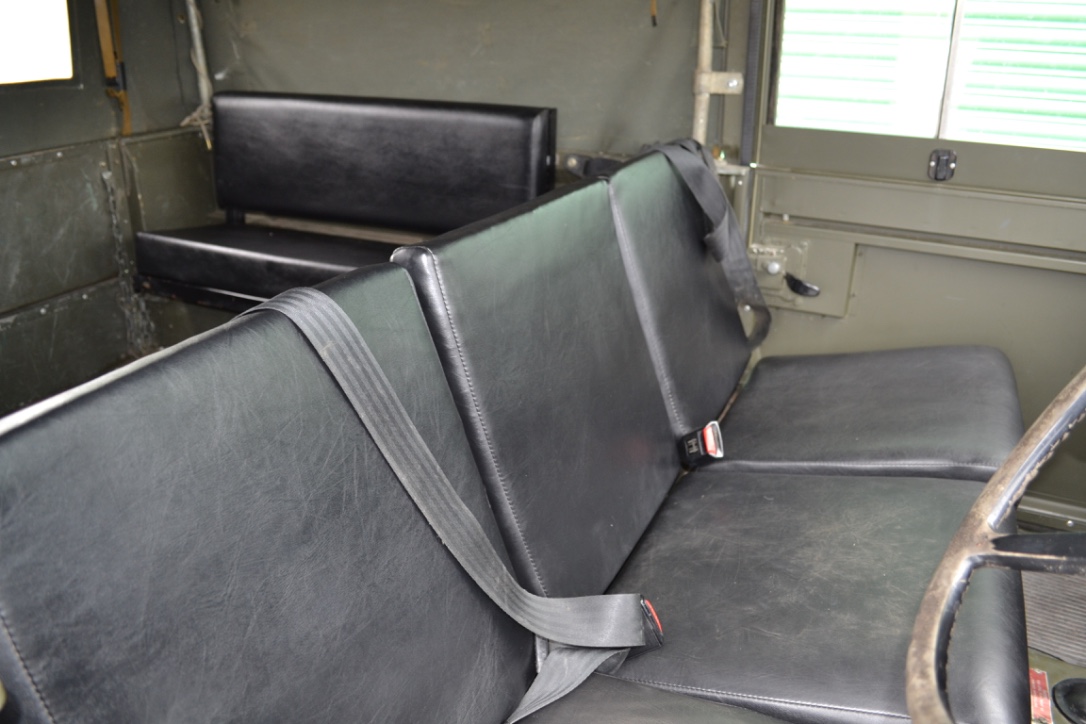 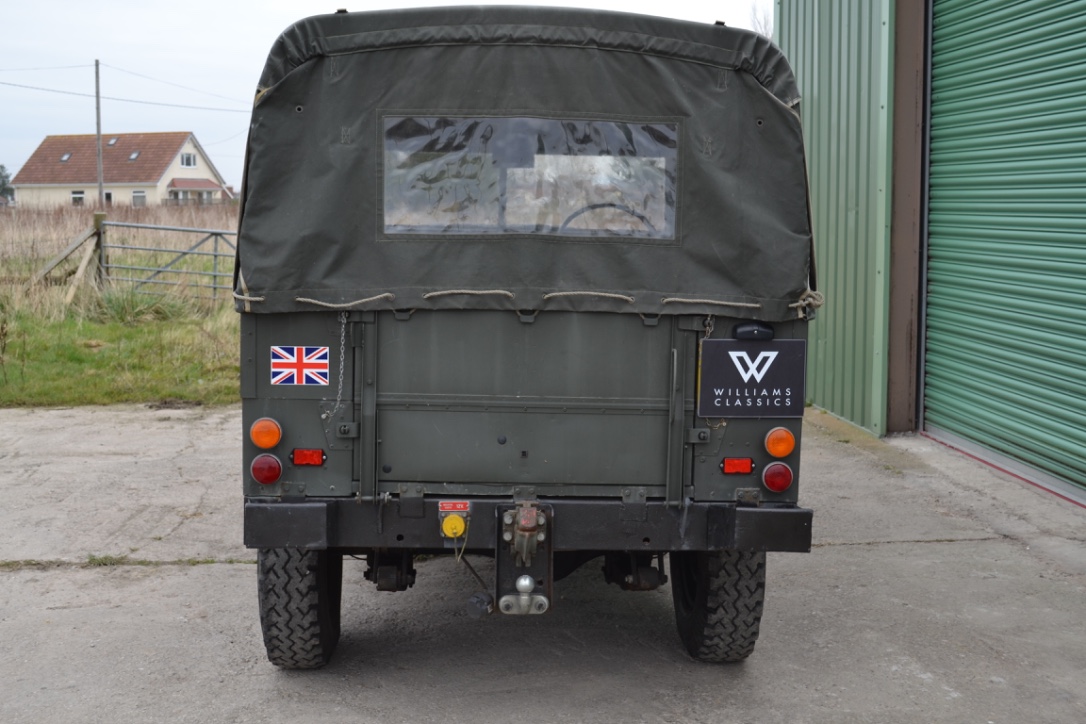 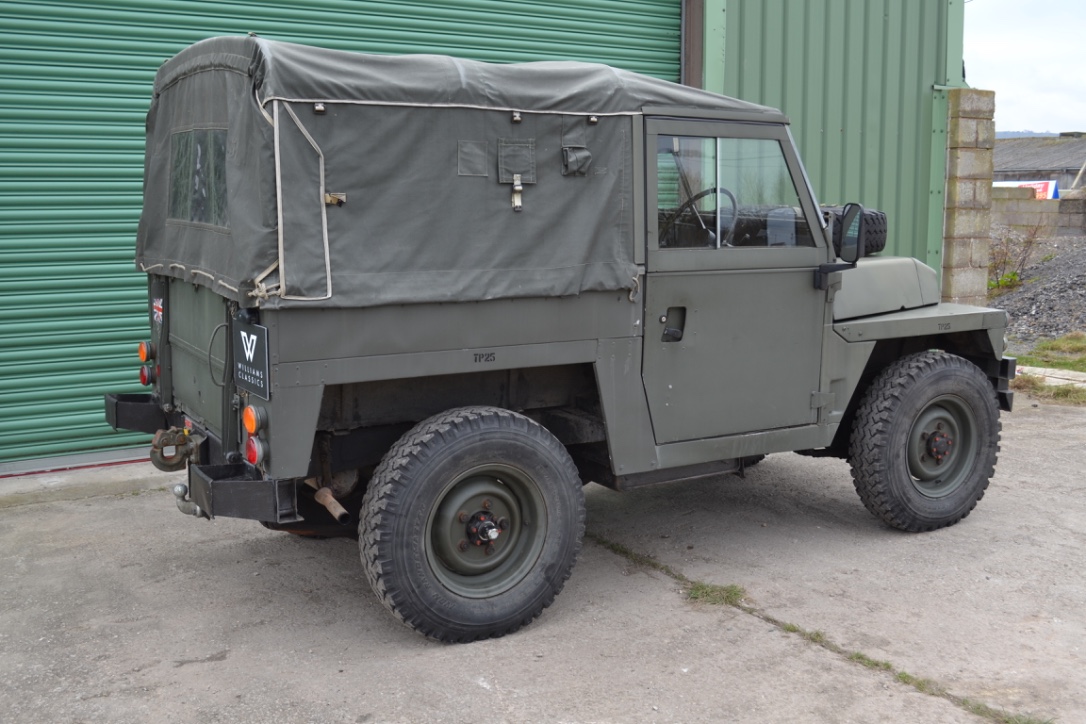 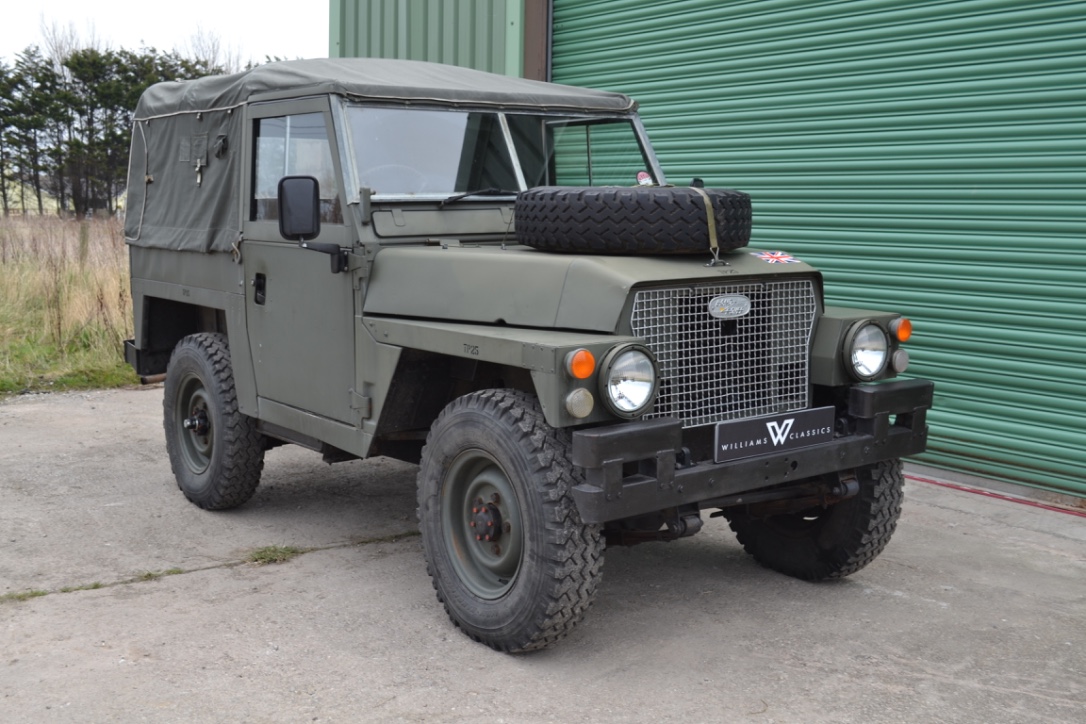 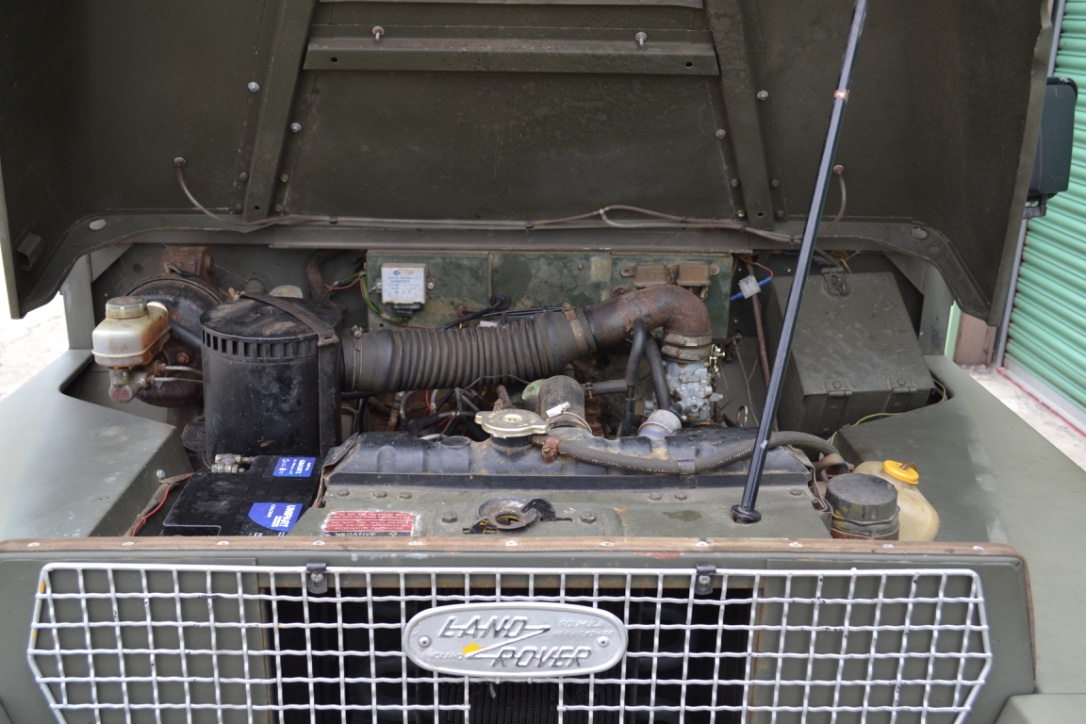 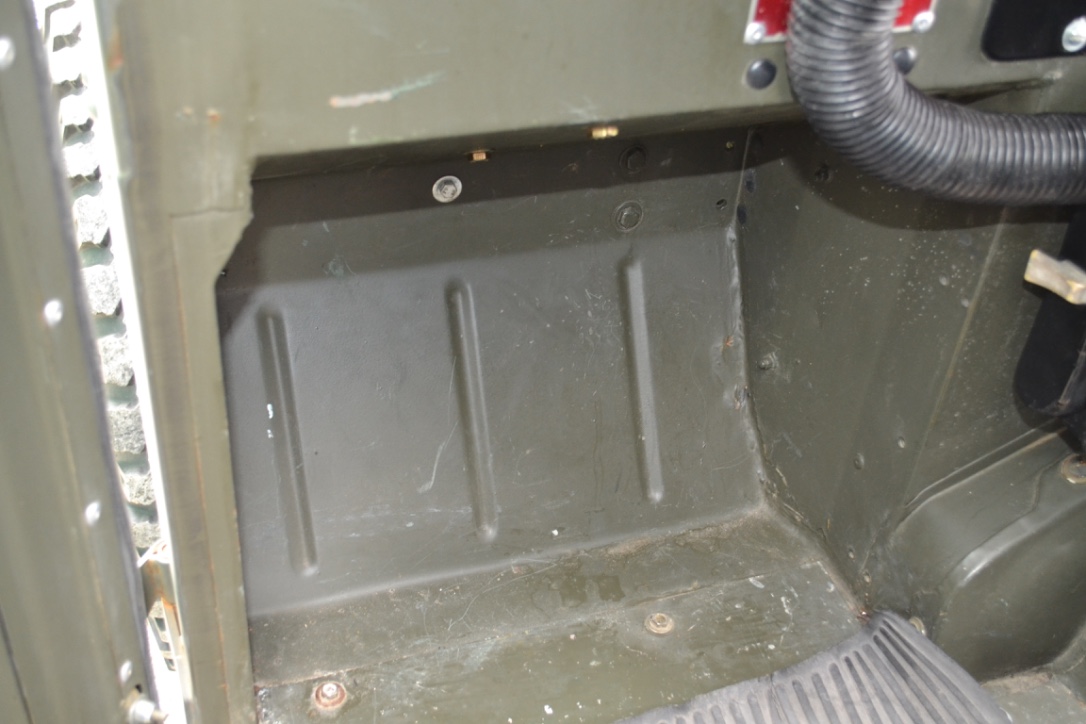 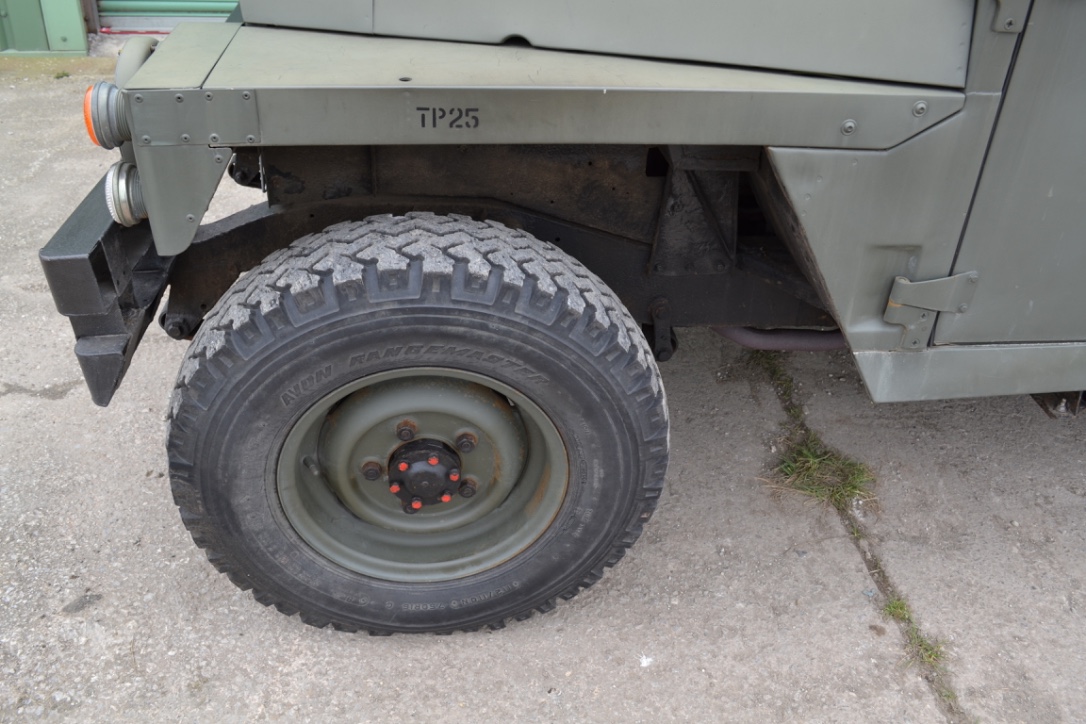 A rare opportunity to acquire an exceptional example of a very desirable Land Rover Series 3 Lightweight.

Ex RAF, based on Gibraltar airport. Did very little work I expect as there is nowhere to go.

The body its overall in great shape. and all the panels are remarkably straight considering it is an ex military vehicle. The doors and door tops are in great condition and there is no rot in the window runners.

The rear tub unlike most Land Rovers is remarkably straight in the back and doesn't show any signs of hard use and is fitted with rear bench seats so the vehicle can seat 7.

The bulkhead is exceptionally solid and even has it's original pressed footwells which are both in remarkable condition and require no attention.

The chassis is in great condition and requires no outriggers the twin fuel tanks are both still in place the passenger side was replaced along with other work a few years ago at a cost of £1000.

This vehicle has always had a spare wheel fitted on the bonnet it is in good condition and secured correctly with the straps.

It has a complete set of original front seats which are much more comfy than modern replacements. It has benefited form a new canvas which is to the correct military spec.
The load area is exceptionally clean and doesn't show any sights of heavy use and bench seats are fitted. There is some light scratching on the lead area however as it is so original it is best left and a rear load mat would be best suited.

The engine bay has been left completely standard and there is a military reconditioned engine which starts up first time and it really does drive with plenty of power and will happily sits at 55mph without any problem. The vehicle is also 12 volt not 24 volt.

The vehicle will be supplied with a 12 month MOT with no advisories.

The gears change up and down as they should the main box and transfer box both function correctly.

It has just had a full matching set of 5 Avon RangeMaster Tyres which haven't covered many miles.

This is an fantastic example of a Series 3 lightweight and there aren't many around in such original and great condition. All the numbers match - the chassis numbers on the plates are the same as on the log book registration document and that stamped on the chassis itself.

This is one of the best value for money Lightweights available. This Land Rover has obviously been cared for and cherished by its previous owners. It is a fantastic example that requires no work and is ready to use and enjoy.