The Land Rover was launched to the public in April 1948 at the Amsterdam Motor Show. It was initially designed as a stop-gap utility vehicle, predominately for export but quickly became a world-wide success story and a classic in its own time. Brothers Maurice and Spencer Wilks, Chief Engineer and Managing Director respectively of the Rover Company reputedly conceived the vehicle while on holiday on the Island of Anglesey, North Wales in 1947.

Inspired by a war time MB Jeep, the brothers believed that Rover could build a similar but better vehicle in the short term to help the company recover from the war effort. Using the 80in wheelbase of the Jeep, the original engineering team designed a new steel chassis and simple-shaped aluminium bodywork. Post war rationing of steel was tight so the use of aluminium was both expedient and practical. Aluminium could be shaped easily without the need for expensive presses and tooling. Because of time and financial constraints, the vehicle was powered by an existing 1595cc ‘Inlet over exhaust’ Rover engine running through a re-engineered Rover gearbox and axles. The early vehicles were finished in light green with a silver chassis. 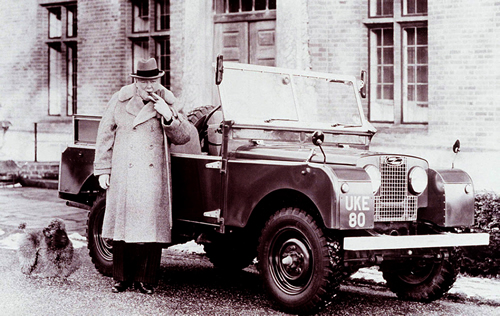 The Land Rover was a superbly capable vehicle and an instant success, selling well both at home and abroad and achieving the target of a 75% export rate. Initially designed as a peace-time workhorse with the ability to operate power take off machinery, the British Army saw immediate potential for the Land Rover as a light military vehicle. After trials of two pre-production vehicles, the army placed large enough orders in 1949 for the standard colour to change from light green to military specification ‘deep bronze green’. Military organisations from all over the world have used the Land Rover ever since.

Various specification changes were made to the 80in model during its five year production, most notably the introduction of the more powerful 1997cc engine. In 1953, the Land Rover was redesigned with either an 86in or 107in wheelbase, expanding the range and responding to customer demands for more load carrying ability. In 1956, the wheelbases were increased to 88in and 109in to accommodate the option of a new 2052cc OHV diesel engine.

1958 saw the launch of the Series II which shared the 88in and 109in chassis arrangement but with the bodywork totally redesigned with the current barrel sides by David Bache. This also saw the arrival of the legendary 2286cc petrol engine, an extremely robust and smooth power plant that saw service through until 1985 and formed the basis of many Land Rover engine designs until the late 1990s. A slightly updated version known as the Series IIA was launched in 1961 which coincided with the advent of a 2286cc diesel engine and a new chassis numbering system. The Series IIA saw a number of modifications over the years, most notably the relocation of the headlights in the wings to comply with lighting regulations in various markets. The Series IIA 109in could also be ordered with a 6-cylinder 2625cc engine from 1967. Other variants arrived during Series IIA production, including a 109in 1-Ton with a larger weight carrying capacity and a forward control model with an extra large load bed. A multitude of specialist conversions were also available from land Rover approved specialists. 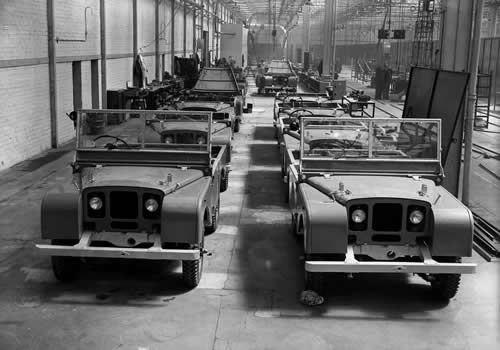 The Series III arrived in 1971 and received a number of engineering and styling updates. The wire grille was replaced by an ABS plastic one and the gearbox was redesigned with synchromesh on all forward gears. To comply with crash protection legislation, the dashboard was fitted with padded protection rails which also housed an integrated heater system. A 3528cc V8 powered ‘Stage 1’ 109in model was introduced in 1979 to address the competition from other manufacturers, notably from Japan. The Series III was the back-bone of British farming life in the 1970s and continued in production until 1985 when it was replaced by the coil sprung 90 and 110 models.

The classic leaf-spring Land Rover is iconic in British motoring history. Interest in Series Ones has been strong for many years but Series II and III models are quickly catching up. The humble farmer’s friend has become a true classic vehicle and values now reflect that fact. Land Rover itself is very proud of its heritage and with the end of Defender production this year, it has been celebrating the lineage with special editions and public events. Original untouched or original specification restored vehicles now command the highest prices and represent a sound investment. Williams Classics are specialists in supplying the best Series Land Rovers available and have an unrivalled market and product knowledge. 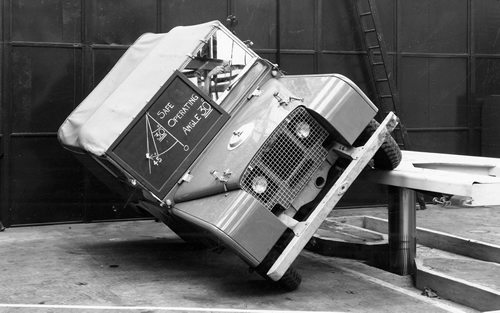 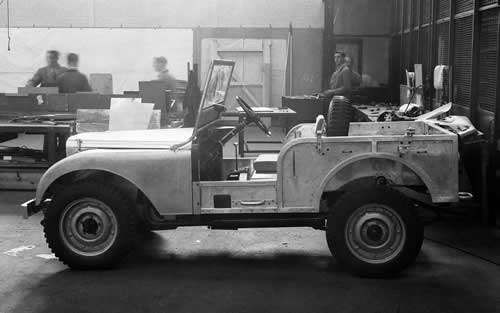