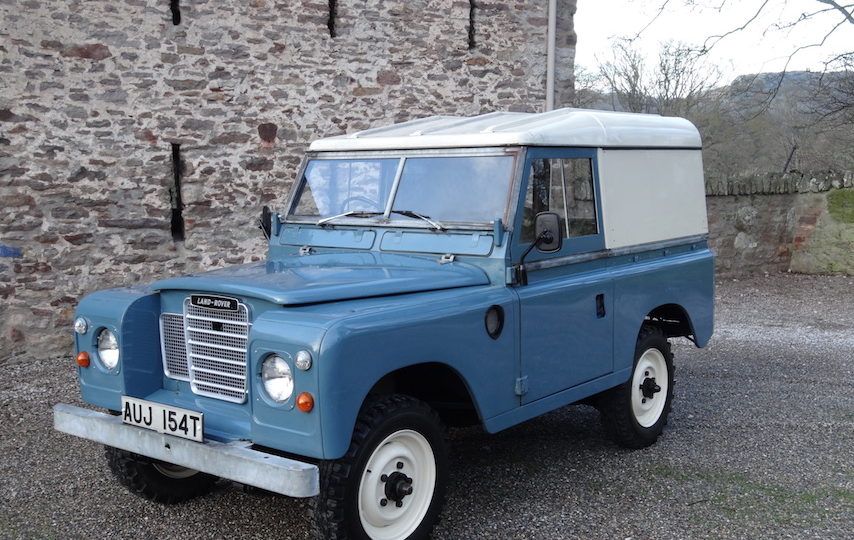 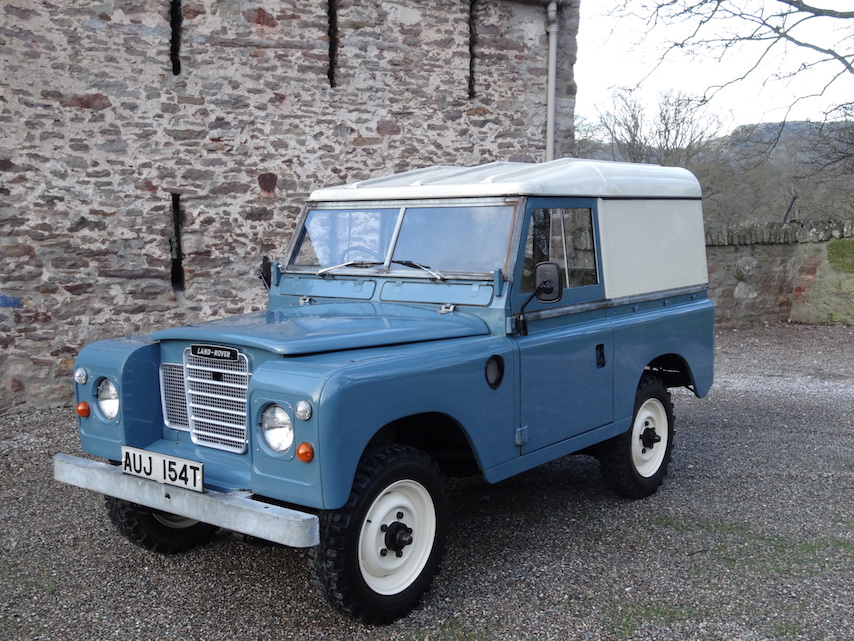 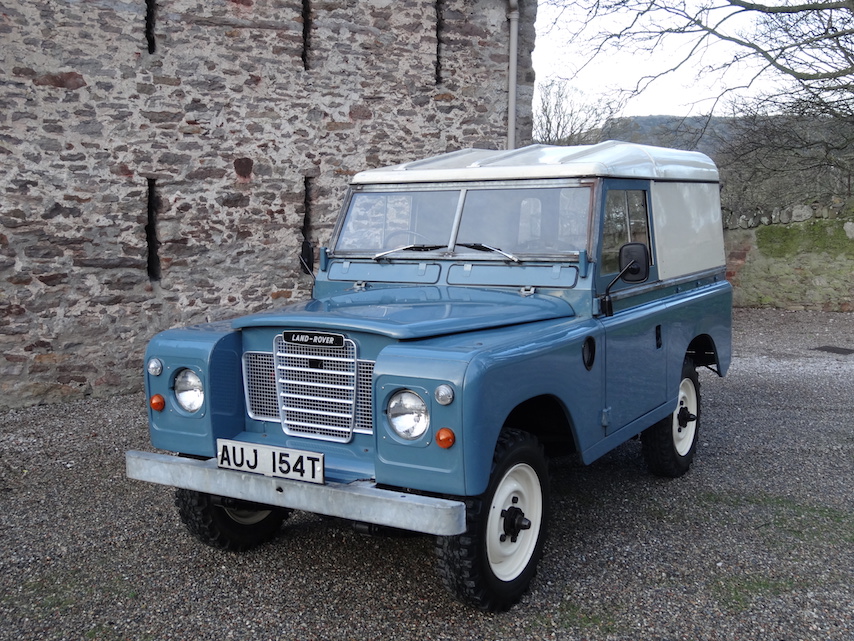 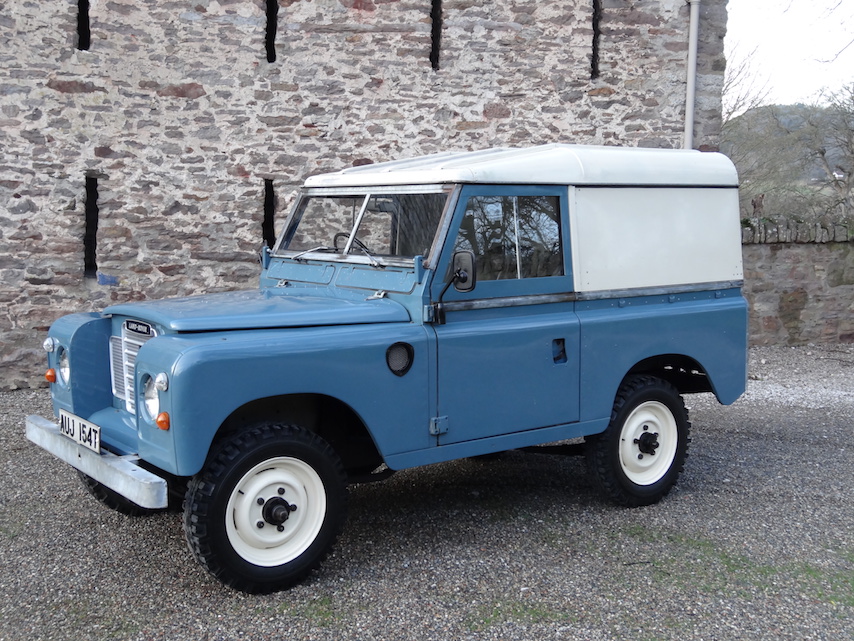 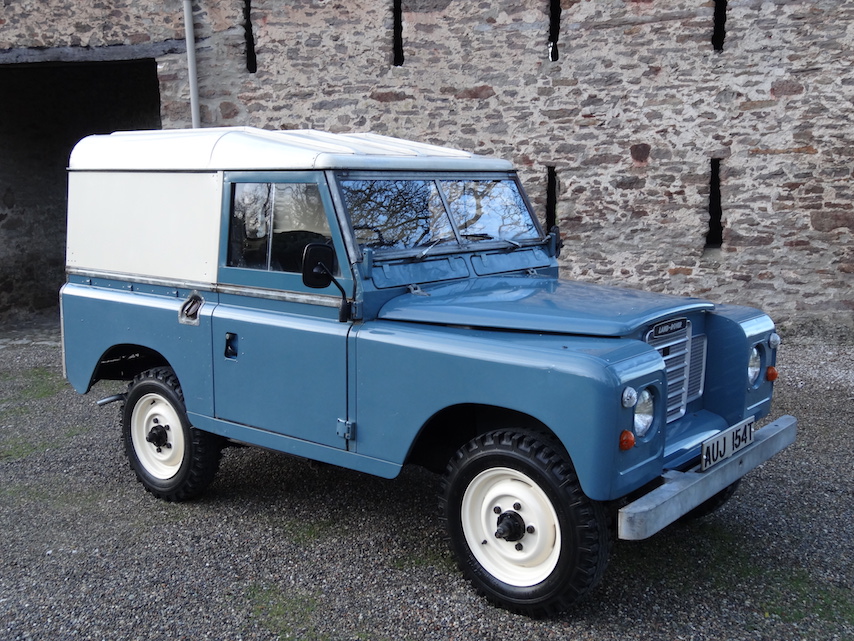 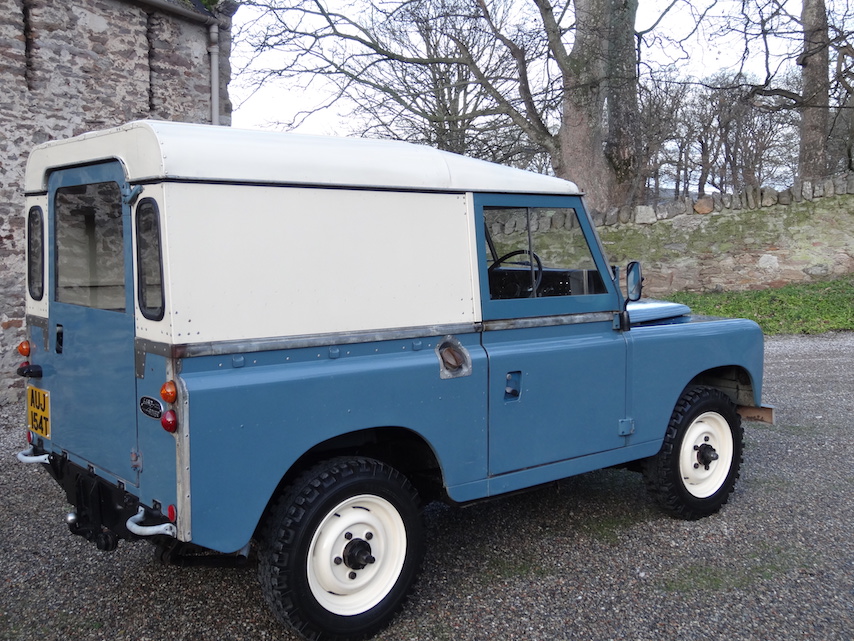 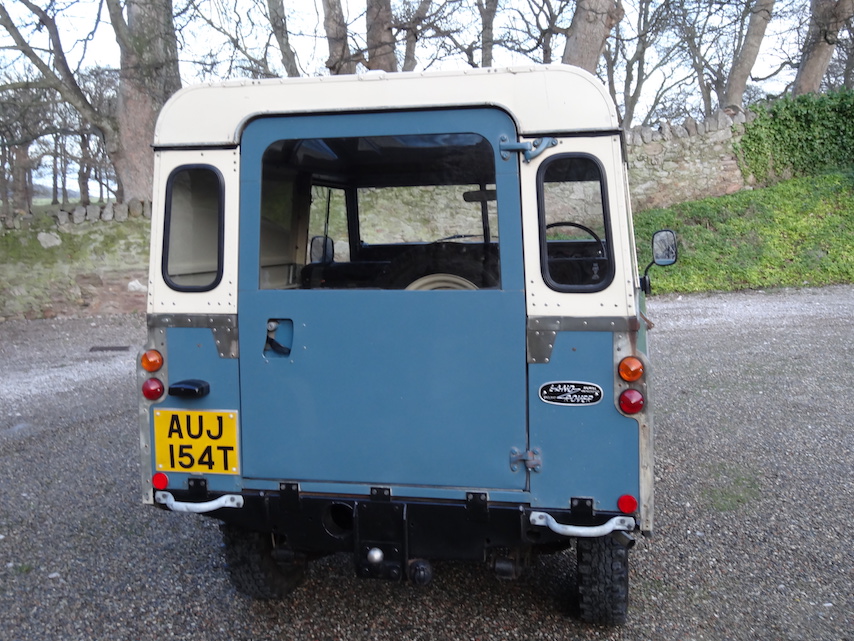 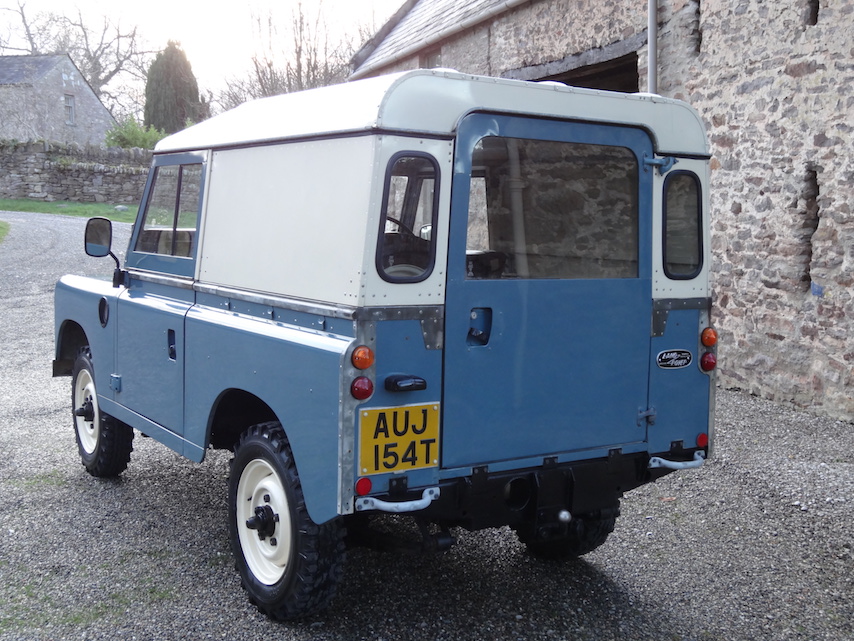 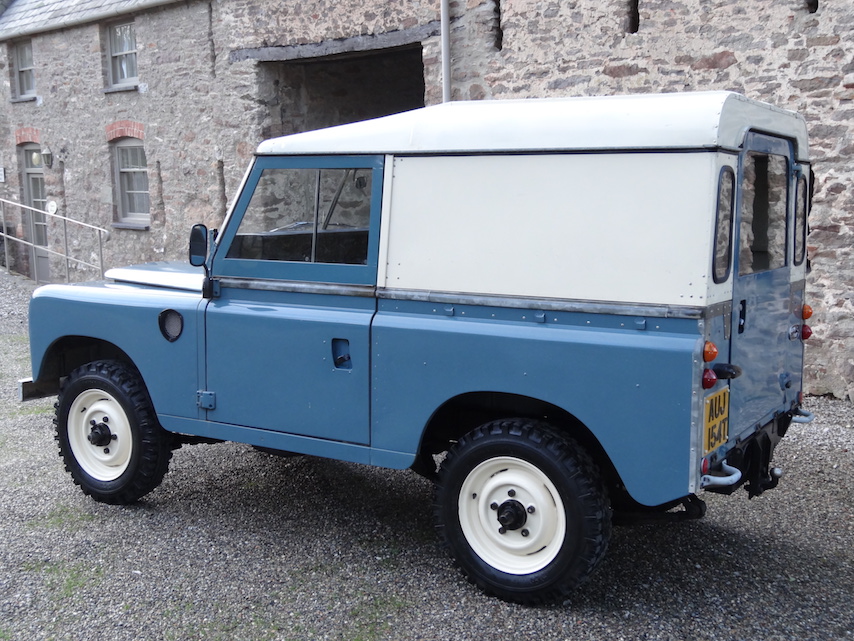 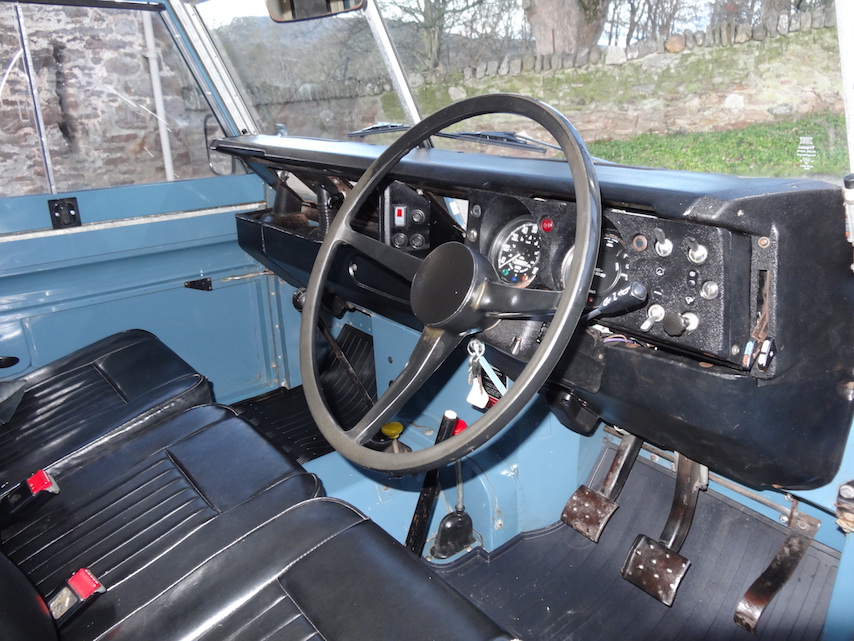 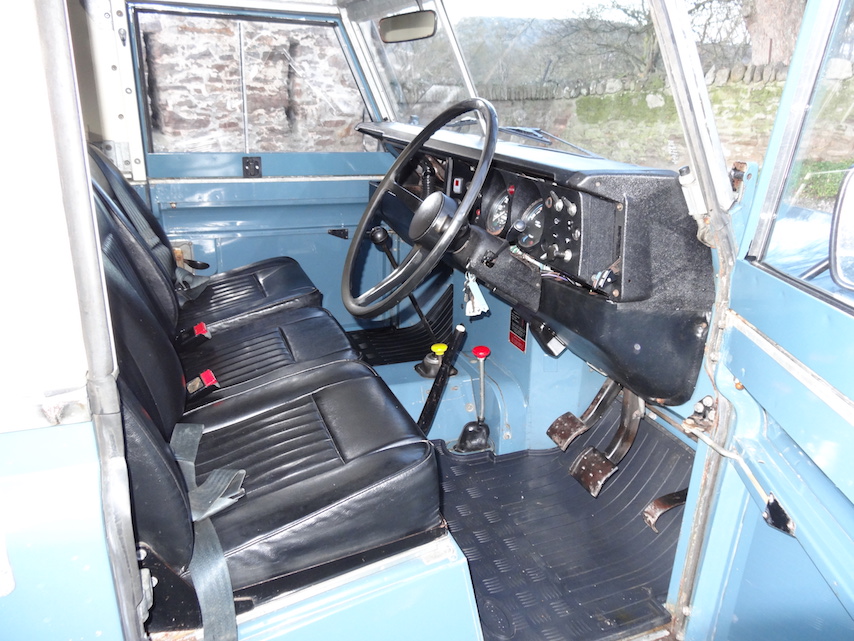 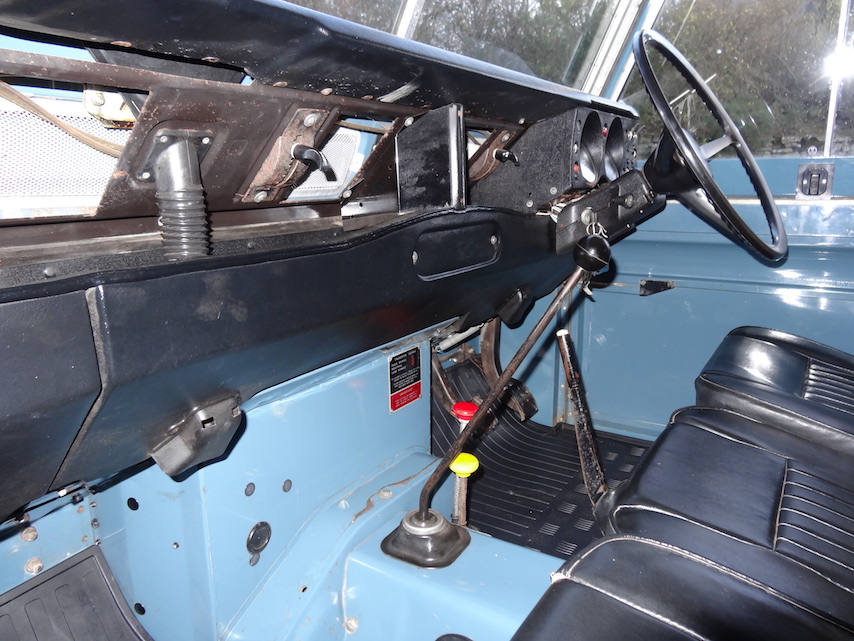 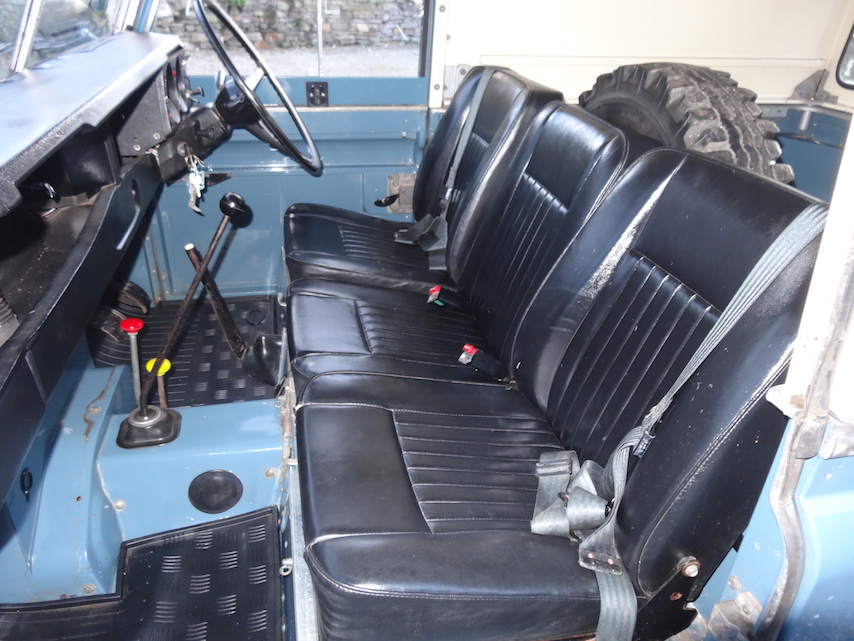 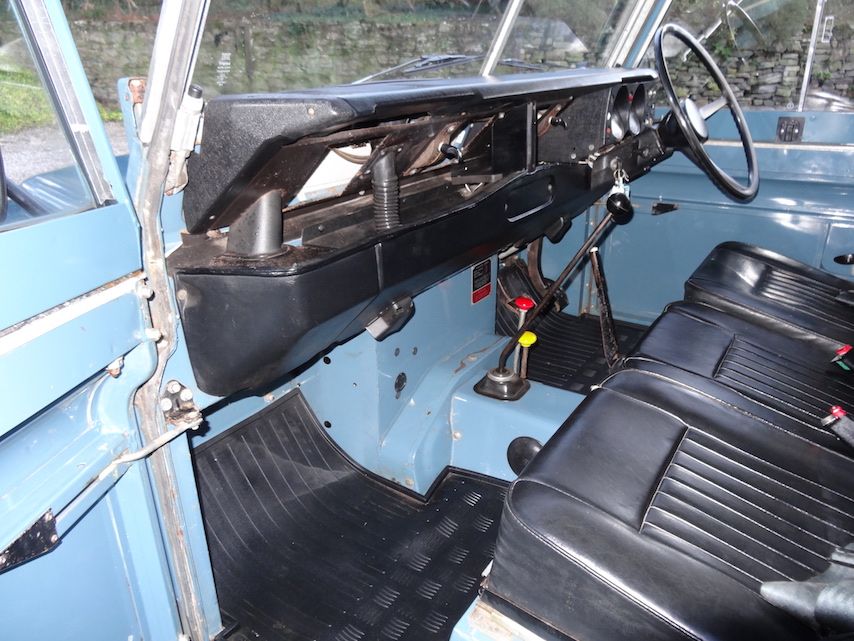 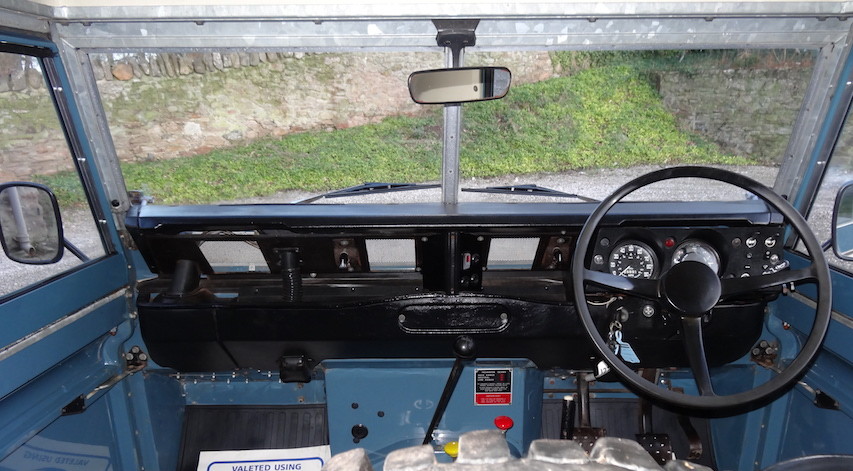 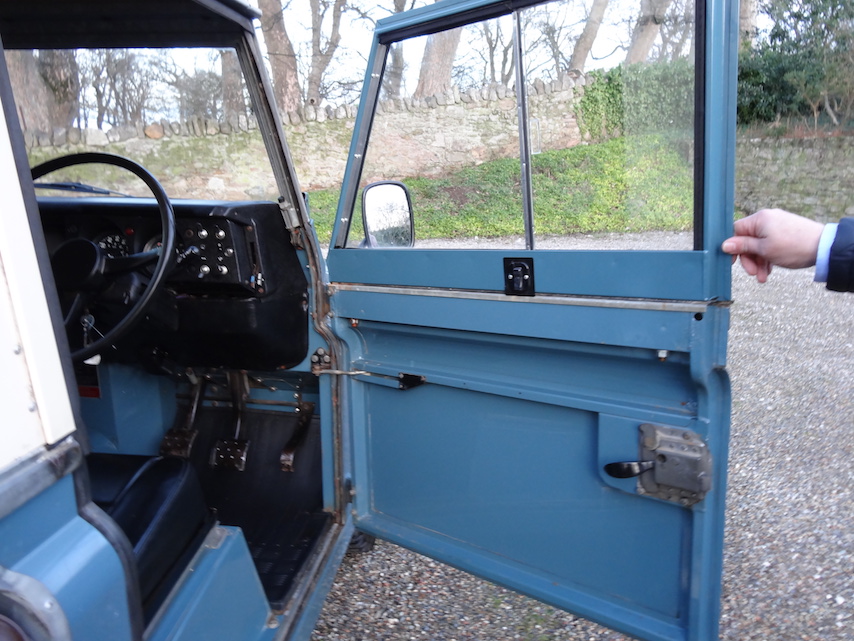 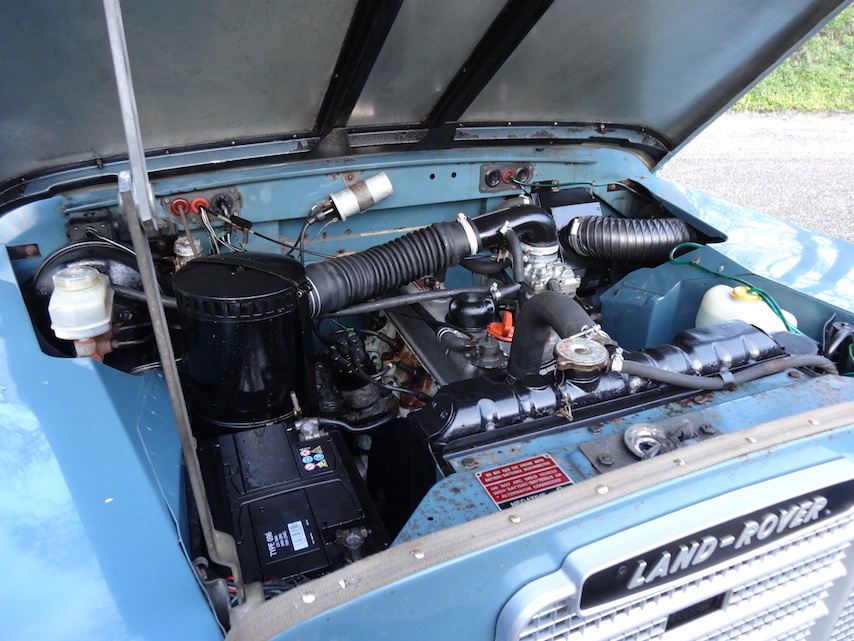 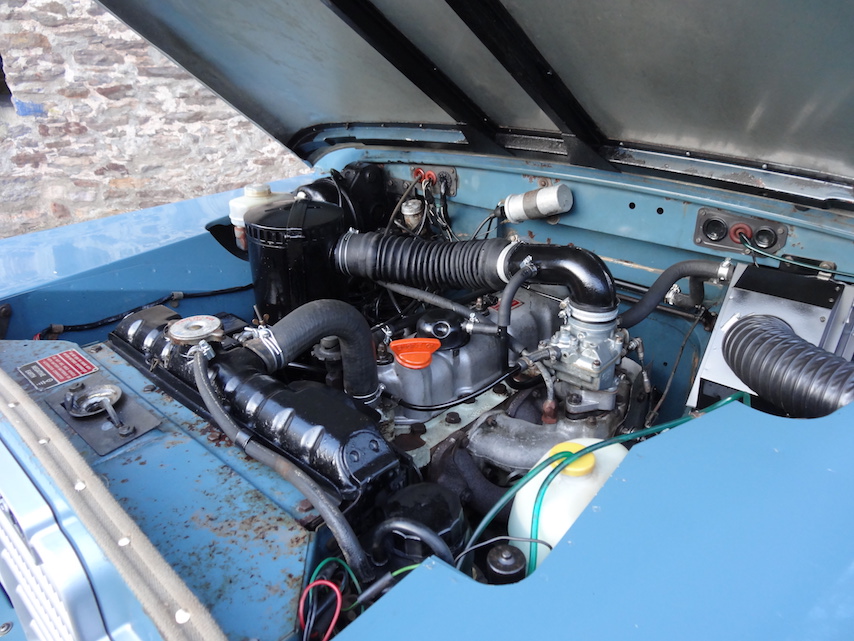 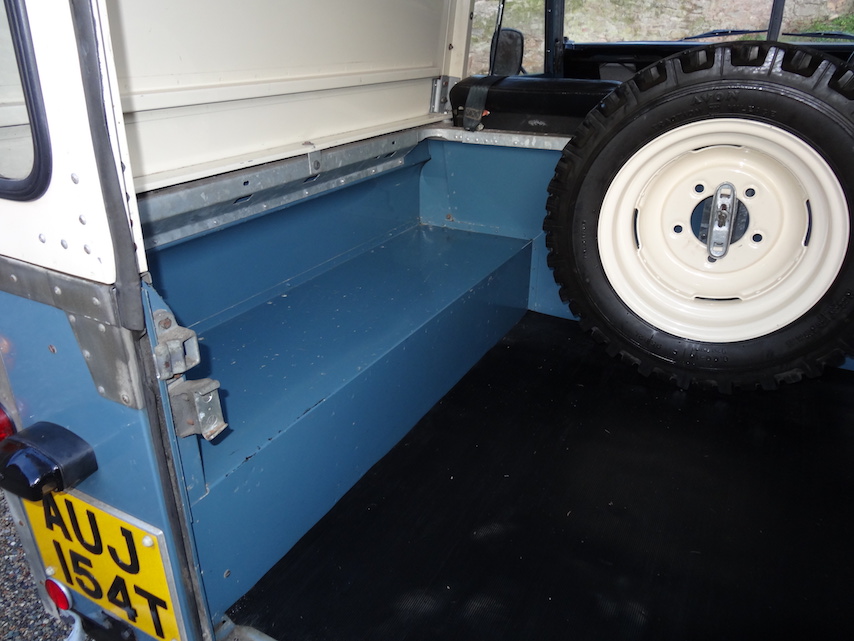 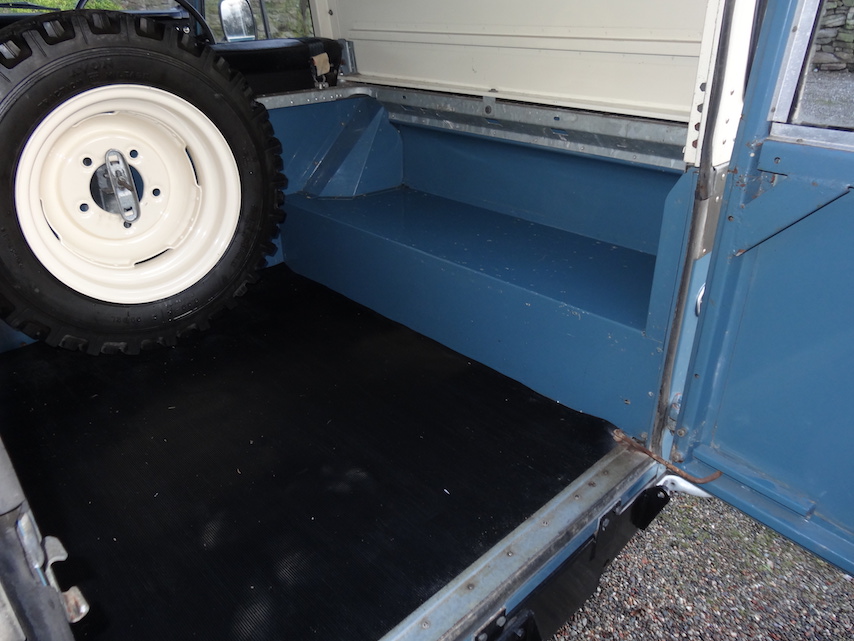 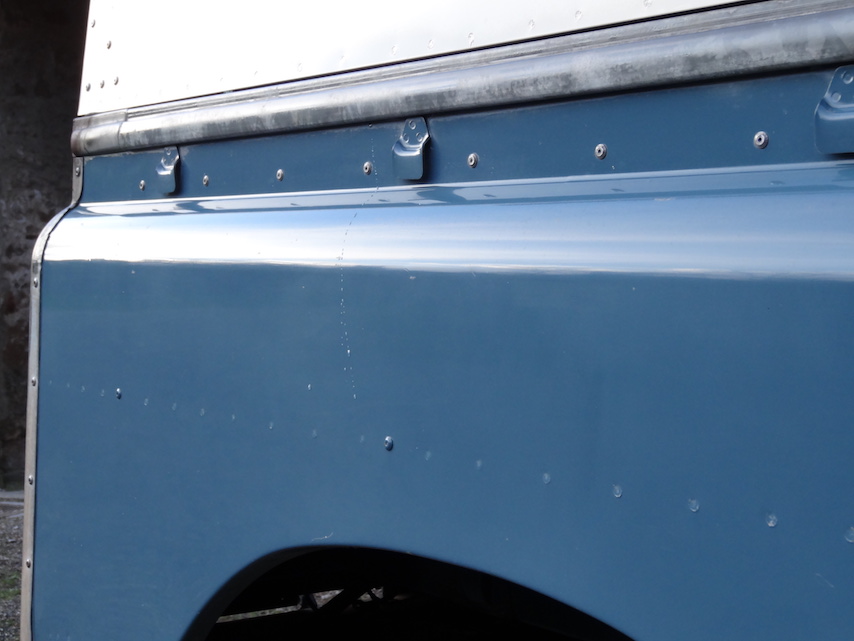 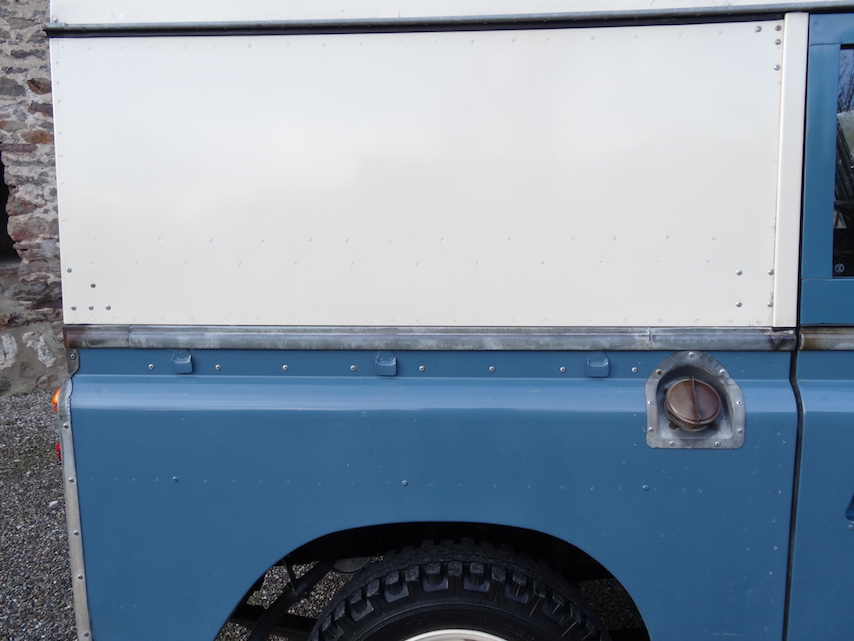 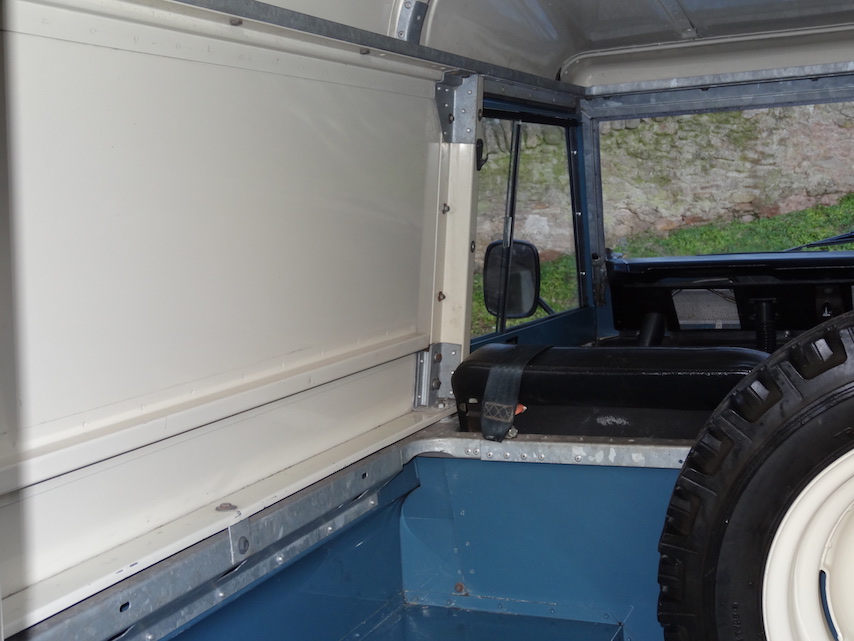 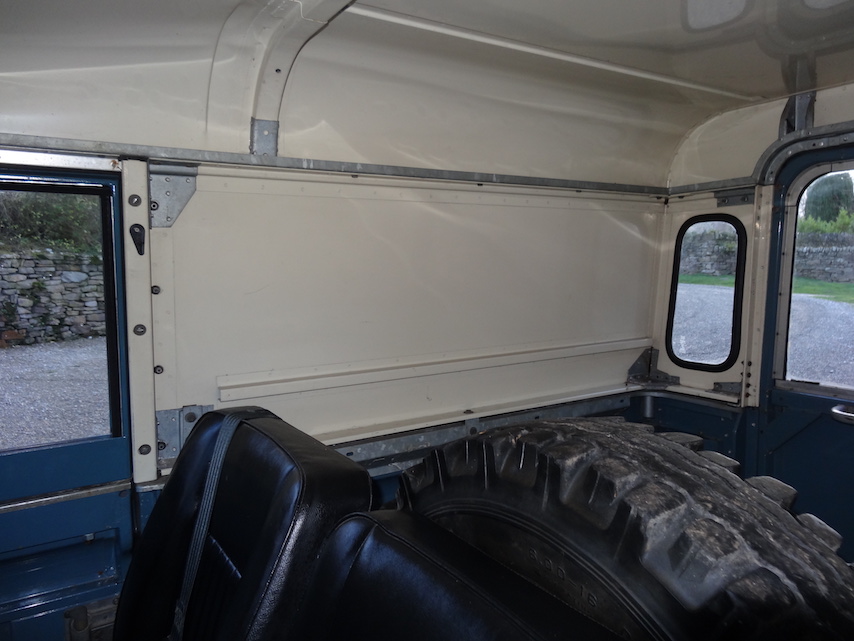 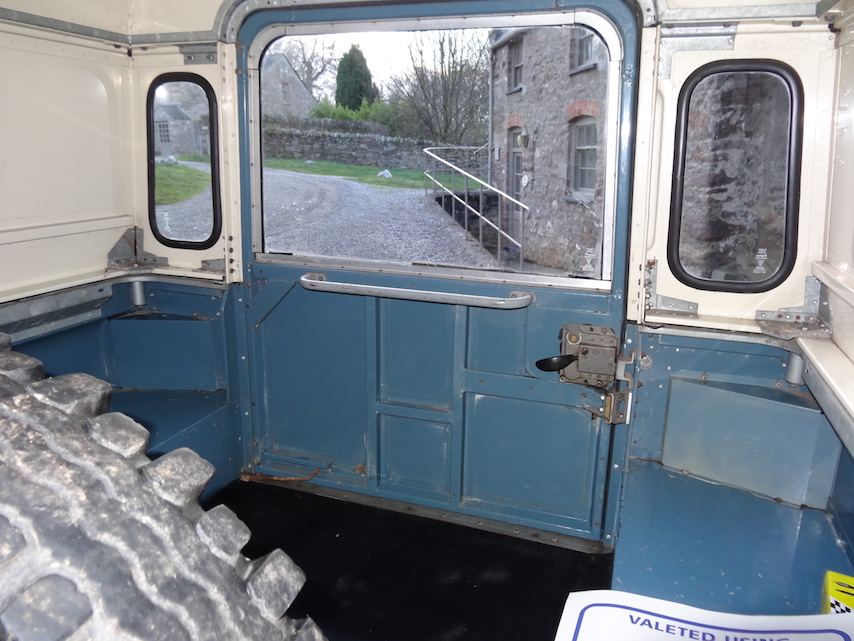 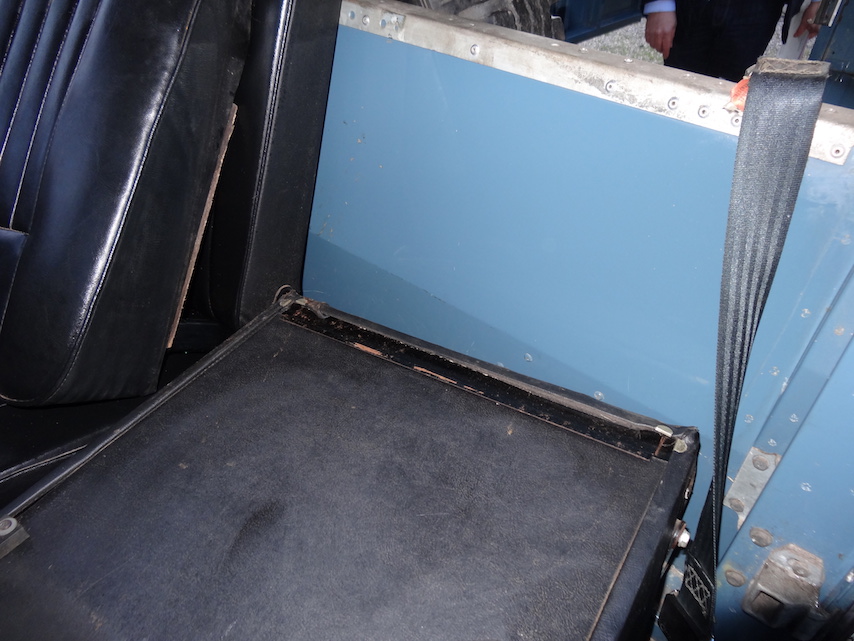 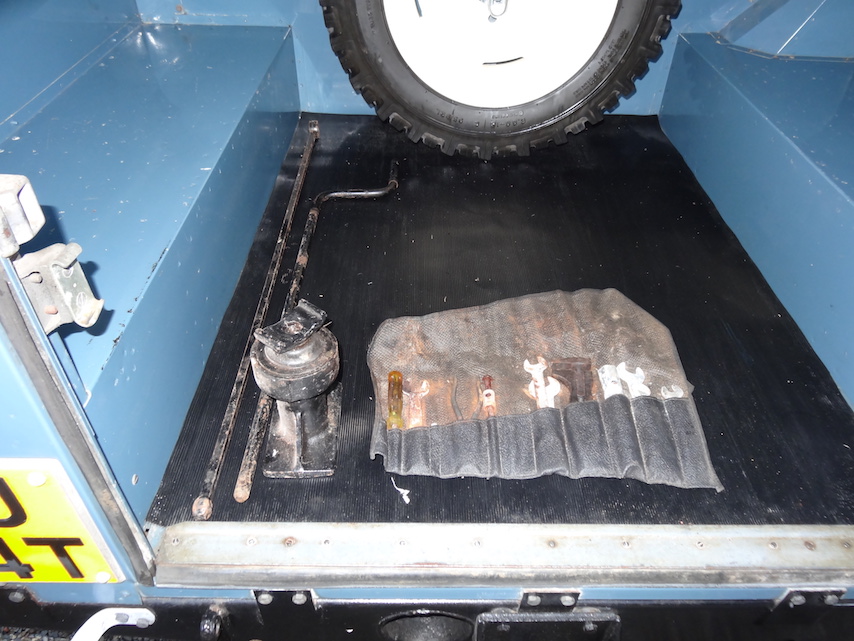 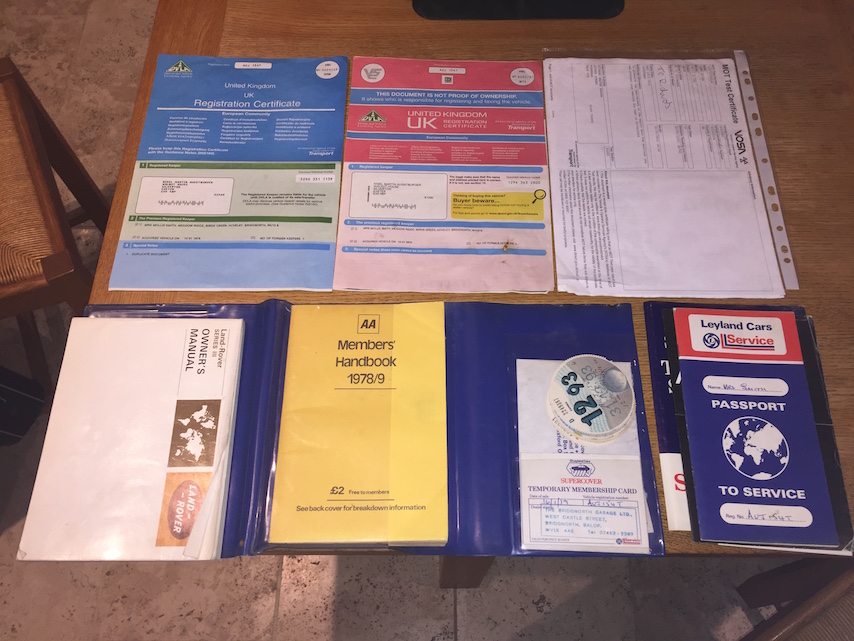 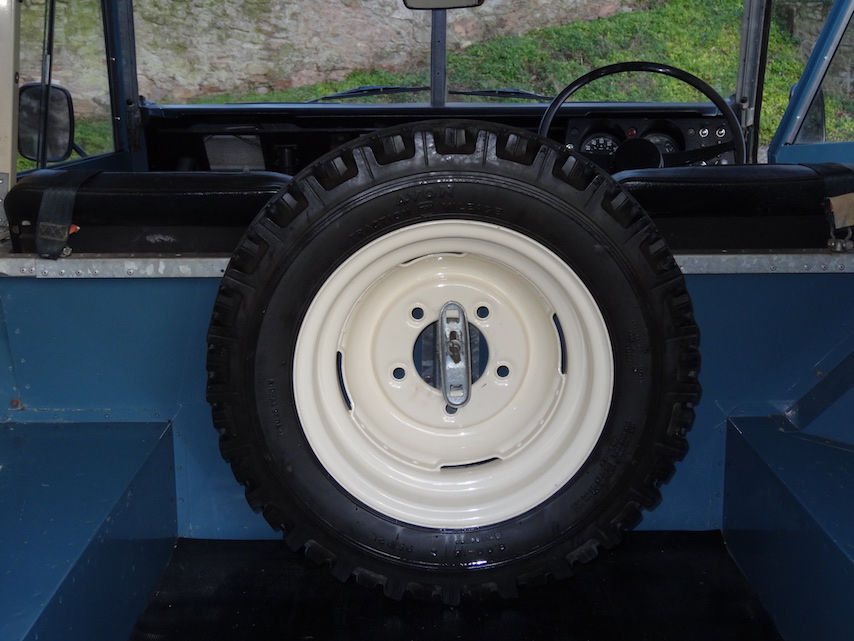 Just 26,000 miles from new. Supplied new by The Bridgenorth Garage Ltd, which was a Land Rover dealer on 16th January 1979.

It has had two owners since new of which a majority have owned the vehicle for long periods of time. Mrs. Smith brought the car from new and owned it until 1995 when Mr. Martin acquired the car.

Unique in such original condition and we think this is one of the lowest mileage best original un-restored 1979 examples available.

When we acquired AUJ 154T with the exception of a light crease to the offside front wing and a few very minor scratches there was no damage on the vehicle.

It has benefited from a light polish and wax on all panels.

The wheels are finished in Limestone, which is factory correct for a 1979 Land Rover in Marine Blue.

The bulkhead is exceptionally solid and original, in fact as good as we have ever seen including original footwells.

It retains it's original rear cross member which has never been welded. The underside has not been covered in under seal but preserved in new clean oil, you can still see the factory overspray under the wings and rear body this is exactly how they left the factory. No welding is required anywhere on this vehicle and it is ready to go.

The underside of the bonnet also shows original overspray and the support braces retain their original black finish. The spare wheel is currently stored behind the seat bulkhead with the original bracket.

A few marks have been touched in with a touch up brush over the years but nothing considerably noticeable that requires attention.

The hardtop roof is in excellent condition and has no dents or scratches and is still in it's original paint where you are able to see the original spot welds through the paint.

The vehicle still retains all it’s original Lucas lenses for indicators, side lights and brake lights which is nice to see as these items are now obsolete.

Exemplary - by far the best original Land Rover Series III. The original factory fitted Deluxe front seat backs are in good condition as are the bases they have never been replaced and are the originals too the vehicle, these are of much better quality than replacements that are now available.

The dash is unmarked with no cracks or sun damage.

No Radio ever fitted and the rest of the dashboard had been left unmolested. All windows open, all the window channels are good and because the vehicle has been kept under cover not rusted away as so often is the case.

Under the passenger seat the compartment contains the original jack, handle for the jack, starting handle and original tool kit.

One of the best original engine bays we have seen on a Series 3, extremely clean with original stickers still in place.
Original paint to engine block. Factory fitted inner mud shields unusually still both in place and are intact.

A joy to drive and such fun, the vehicle has a 12-month MOT with no advisories. Four wheel drive and low range engage, as they should. The gears change up and down as they should it has a very quite gearbox which is a good sign of it's light use over the years.

Almost all Series Land Rovers we have had drip a little oil, some quite a lot, AUJ 154T is the exception though no drips of oil to speak of even after standing for days in the same place.

The steering is as it should be and the vehicle doesn't wonder on the road like some series vehicles do.

All the tyres are Avon Traction Mileage 6.00x16 including the spare which were the original fitment when the vehicle was supplied new. They all have good tread. In our opinion vehicles never look right unless they are on the right tyres.

AUJ 154T is an unmolested and original Series 3 Hardtop in immaculate original condition. All the numbers match - the chassis numbers on the plates are the same as on the log book registration document and that stamped on the chassis itself. The engine number also matches that recorded on the logbook.

If you are an investor you will already known the growing importance of original un-messed with condition for classic cars. You will also know that Land Rover never used galvanised chassis for production of Series vehicles - so one that's been fitted with one cannot by any stretch claim to be original and un-messed with. If you are an enthusiast then you will not be disappointed with this vehicle as it is perfect in almost ever detail and is exactly as it left the factory 36 years ago.

This is a very honest 36-year-old Series Land Rover.

What you see is what you get. AUJ 154T retains much of its original paint finish - albeit with a few aged dings, scratches and marks. Please therefore do not expect absolutely pristine. However you will have to go a long way to find a better vehicle.

If you have been looking for the very best of the best when it comes to original condition un-restored Land Rover Series 3's then this is the right vehicle for you as it's the more desirable short wheel base model which is a lot more practical easier to park, store, drive etc.