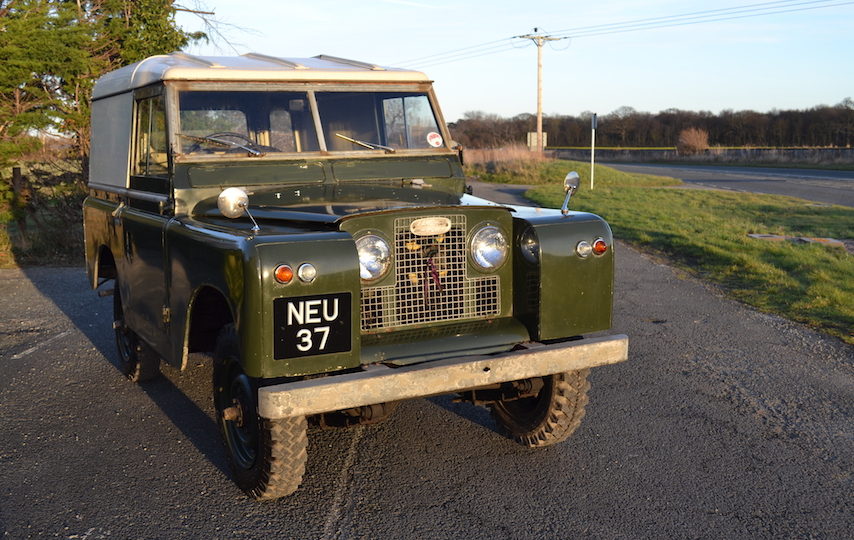 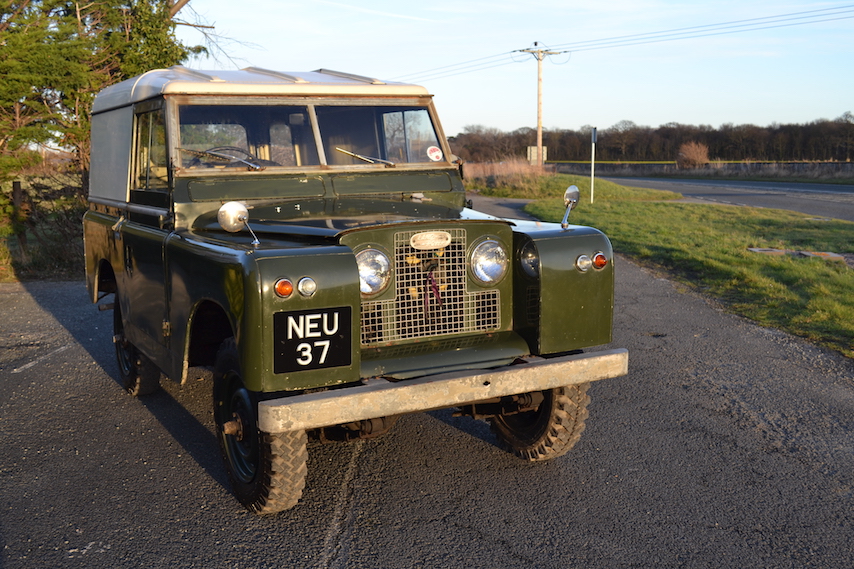 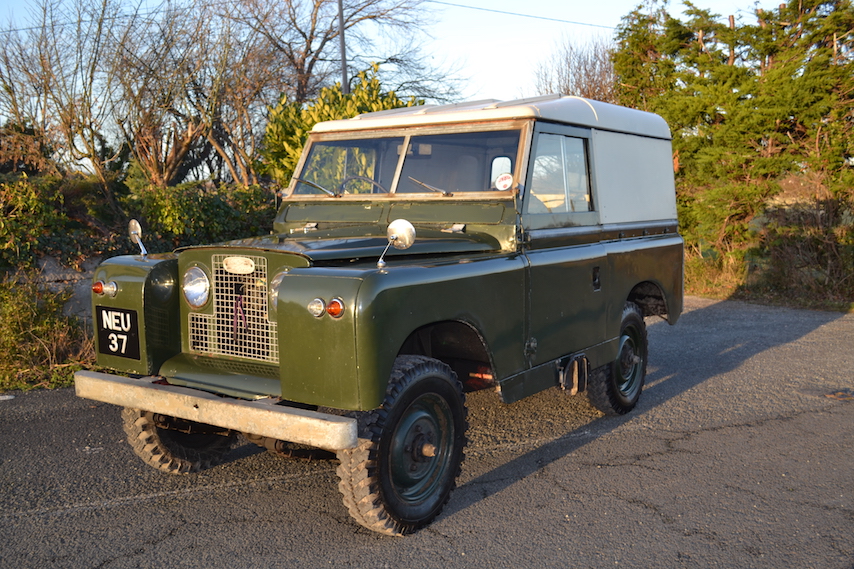 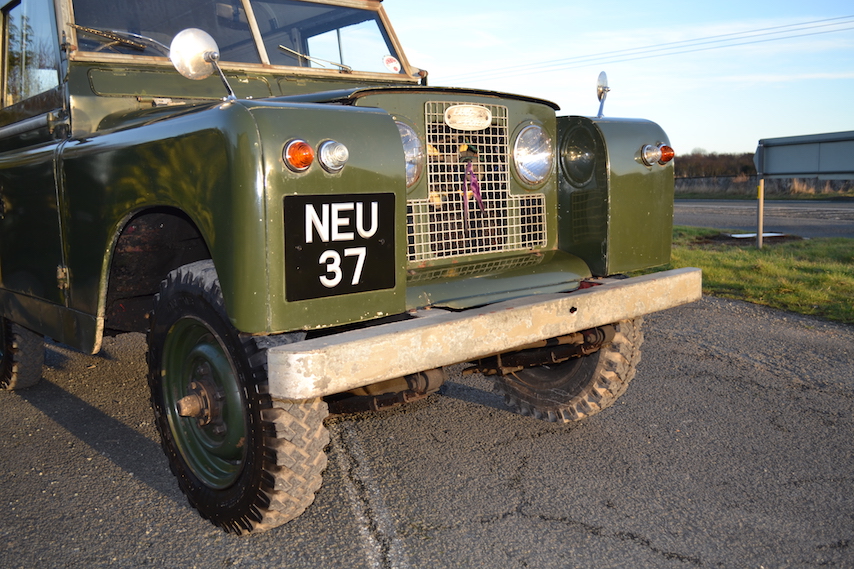 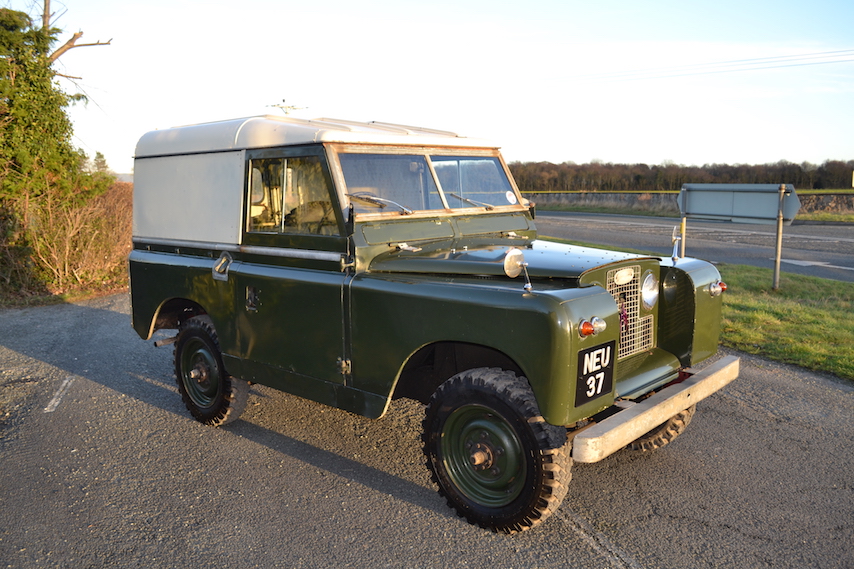 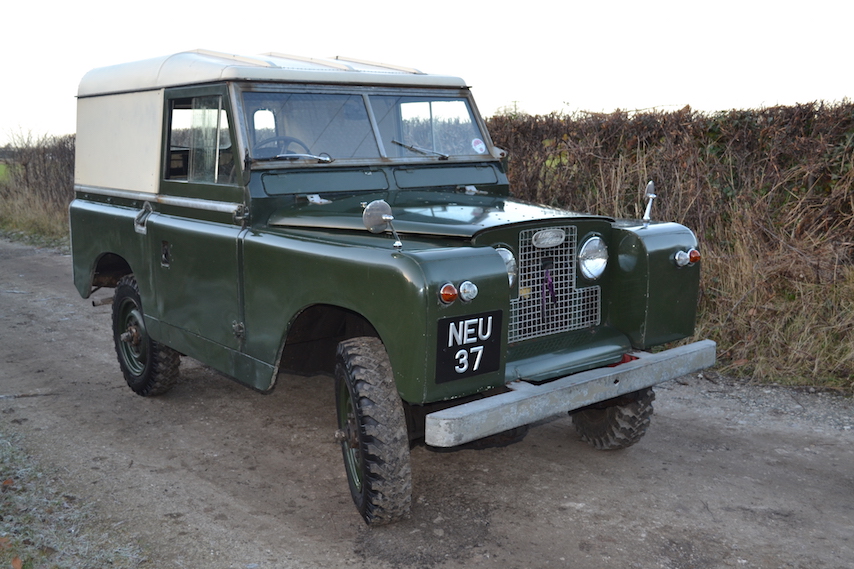 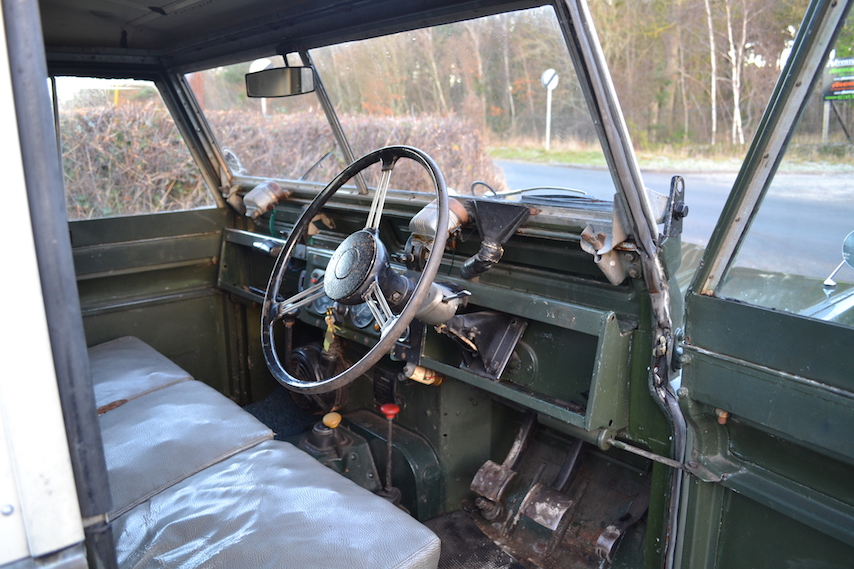 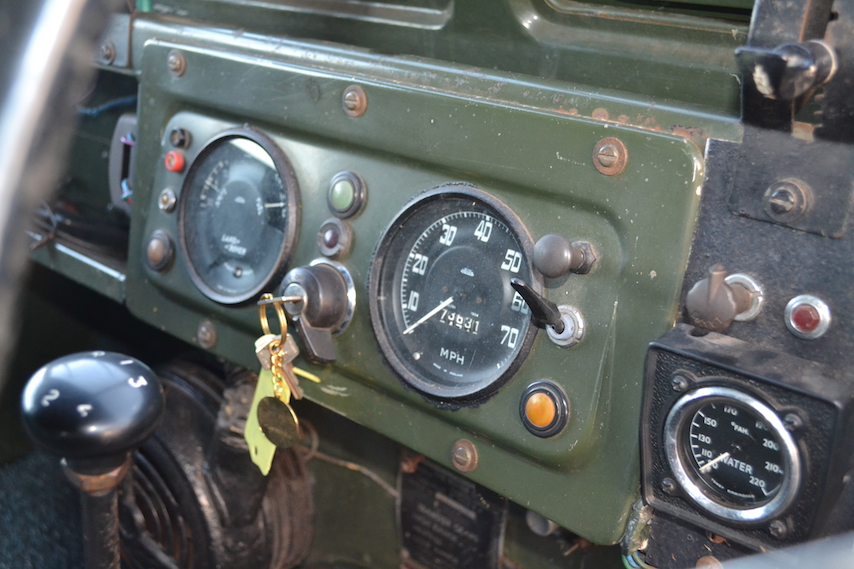 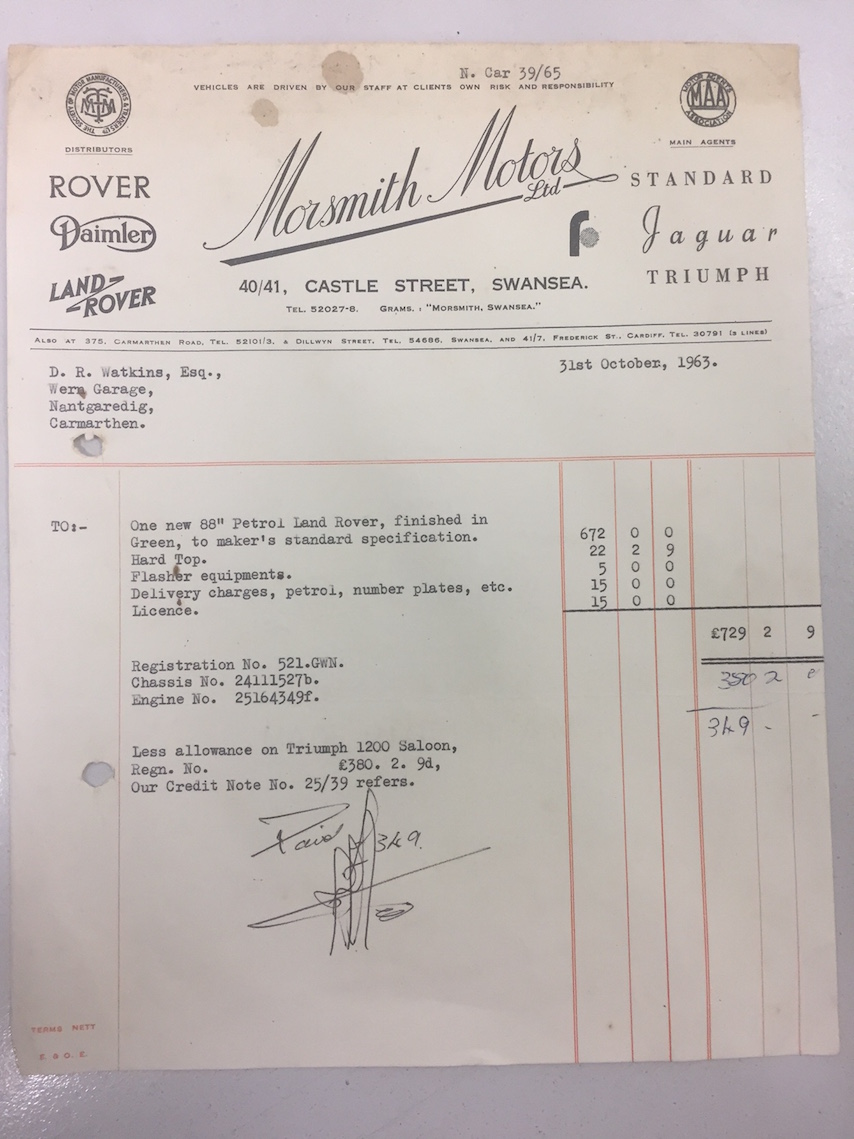 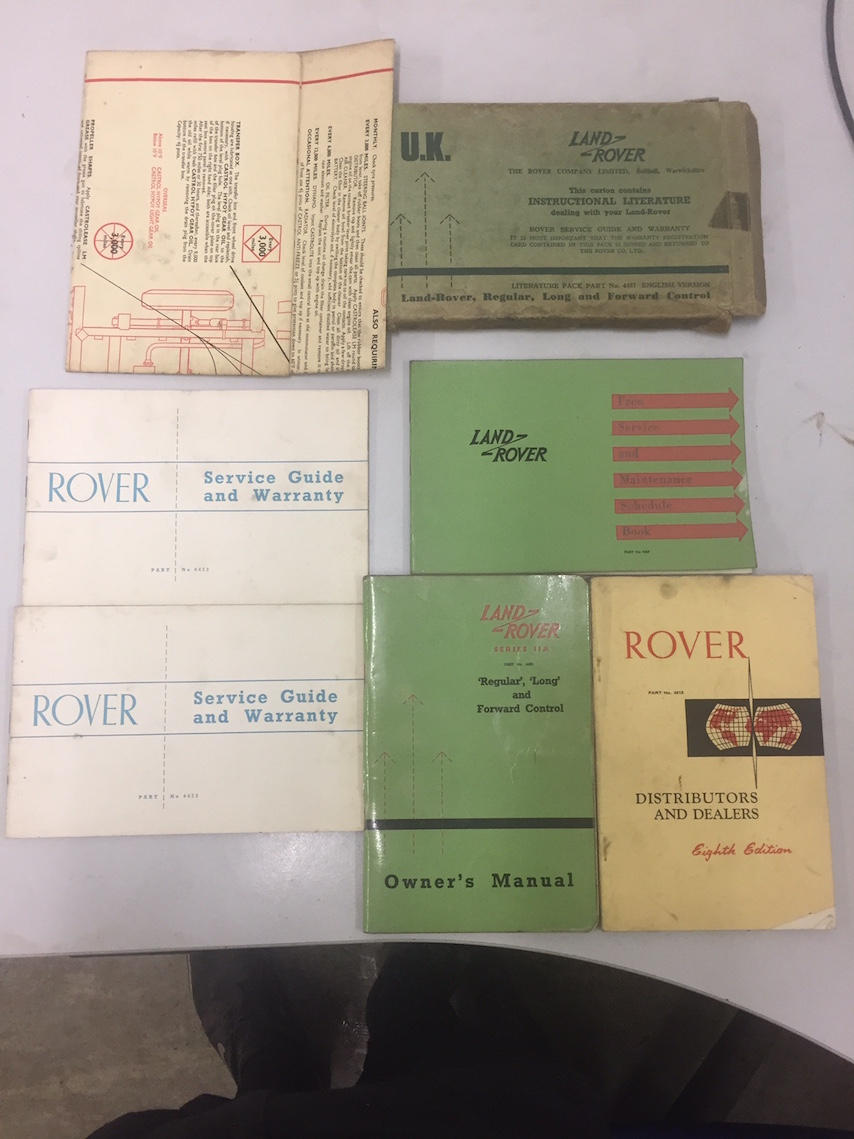 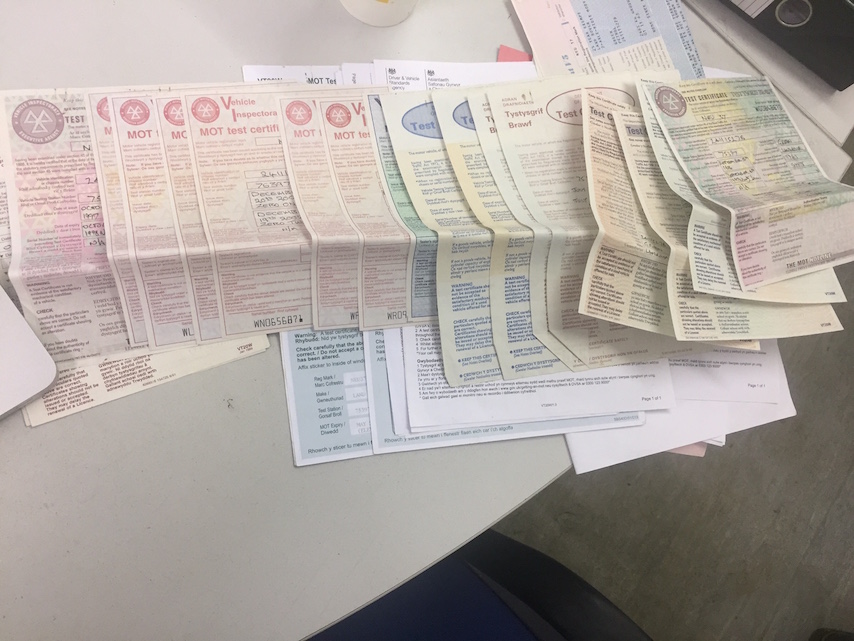 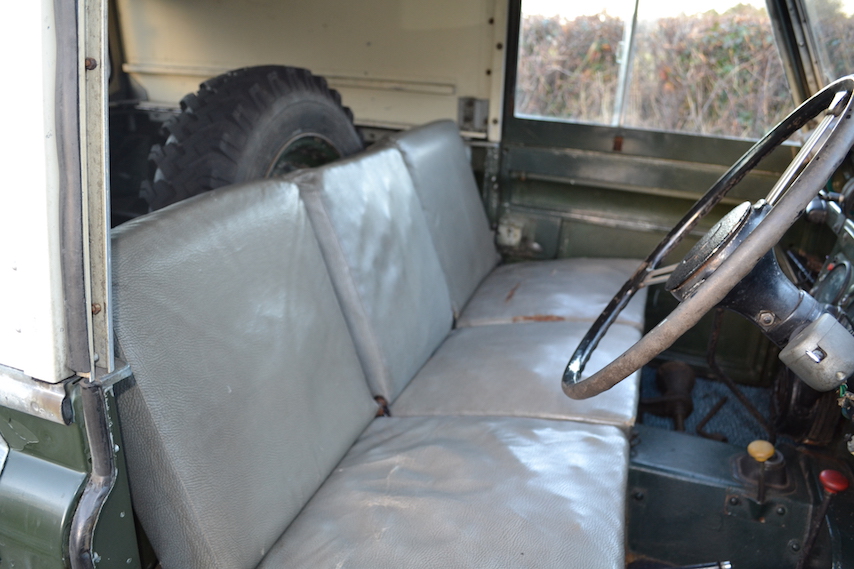 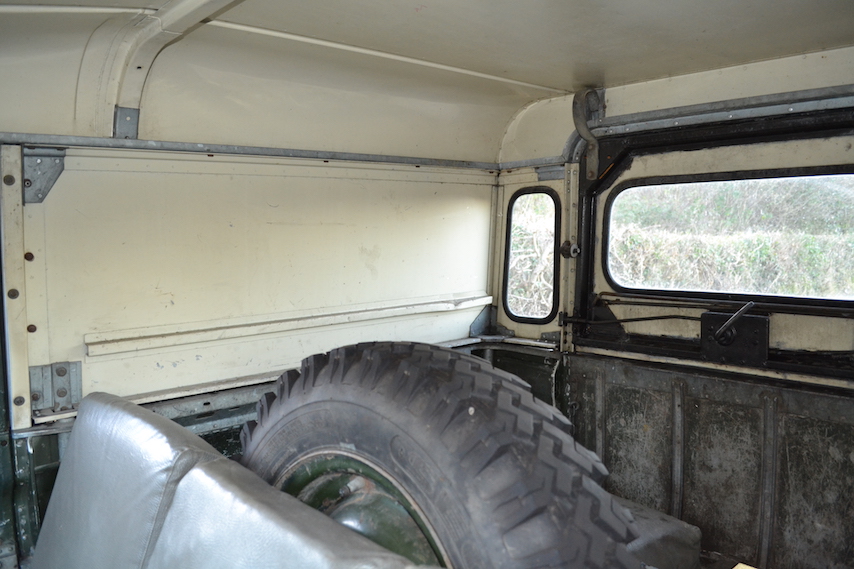 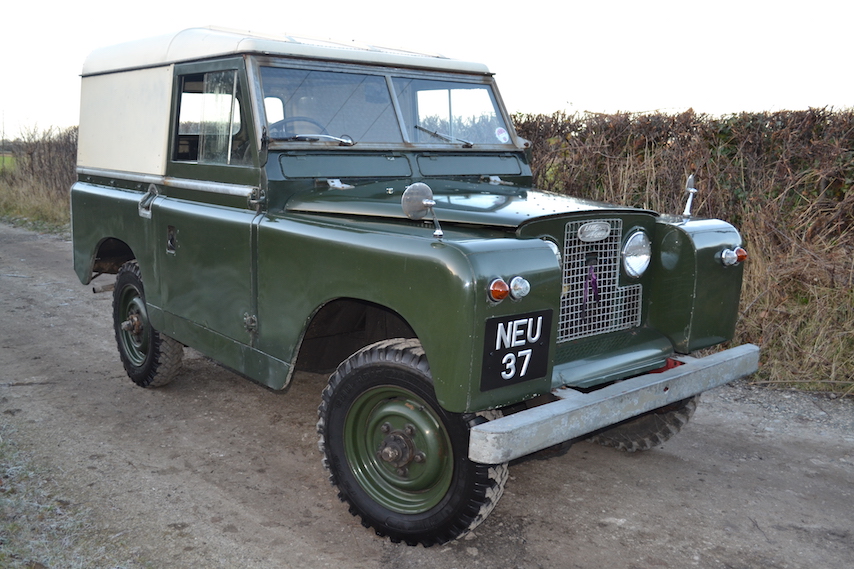 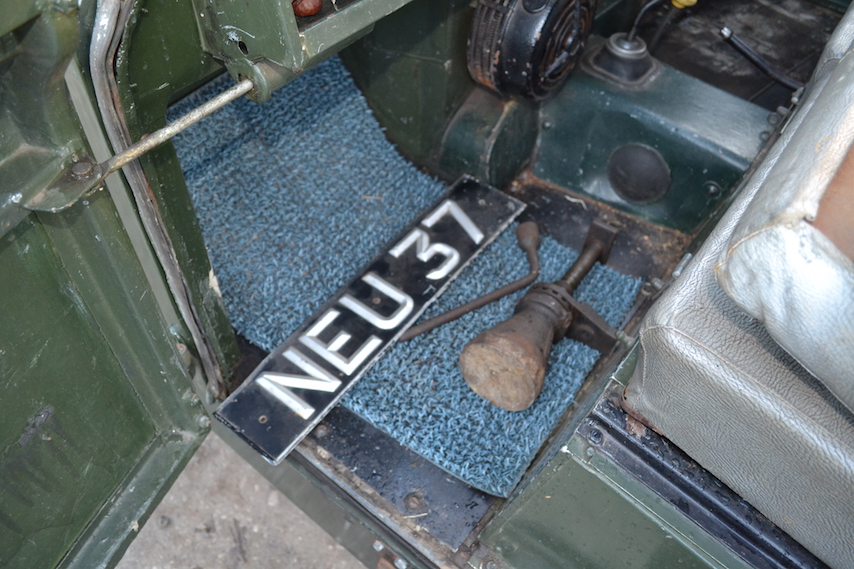 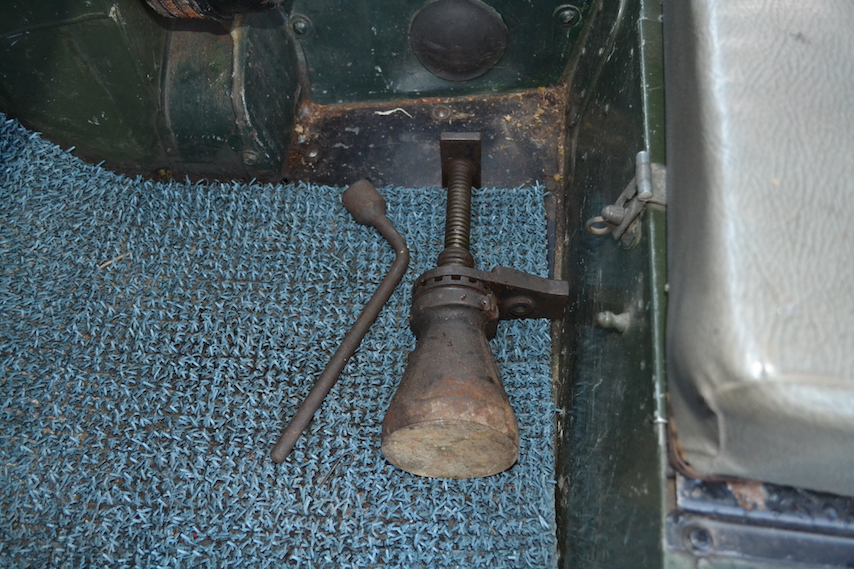 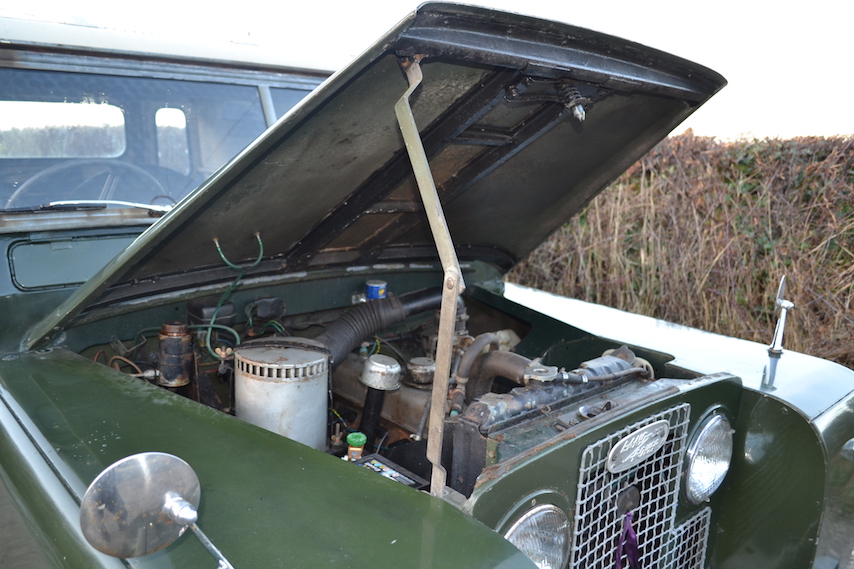 We have on offer a truly remarkable genuine 1 owner vehicle with a great private number plate NEU 37.

The vehicle has spent all it's life in Carmarthen, South Wales.

Supplied new by Morsmith Motors Ltd in Swansea, South Wales, which was a Land Rover dealer on 31st October 1963.

It has had just one owner from new, Mr. Watkins brought the car and drove it locally near his home in Carmarthen he was a mechanic by trade and so has meticulously maintained the vehicle over the years himself hence how the vehicle is in the condition it is today.

The original owners manual, service books and toolkit are also with the vehicle.

The Land Rover is in one of the most classic colour combinations Bronze Green with matching Limestone Wheels and hardtop it looks fantastic and is correct to the vehicle. It has benefited from paintwork at some stage however there is patina to this now.

To find an unmolested example has become very hard, but to find one that has such a good history file, only covered seventy-three thousand miles, retains all of its original panels, its original chassis, engine, gearbox is becoming very hard.

The bodywork on NEU is very good and all the panels are straight with the exception of a very few dents and scraps. Which adds to the character of the vehicle.

The interior has benefited from replacement front seats although these must have been done many years ago as they are still in the correct grey elephant hide material. The original seats are still in the back of the vehicle. There is also the original jack and handle, starting handle and wheel brace behind the front seats. The vehicle even has it's original pressed footwells. The chassis is very good and hasn't even had a rear crossmember.

The load area is exceptionally clean and doesn't show any sights of heavy use. A matching pair of rear bench seats can be fitted if required.


NEU 37 has one of the best original engine bays we have seen on a Series 2a, extremely clean with original stickers still in place. It even has the early lucas distributor cap like the Series 1's had. The petrol engine fires up and drives very well there is no smoke, it idles sweetly and has plenty of power. This is the early three bearing crank engine. The engine has been fully serviced by ourselves.

The factory fitted engine busts into life on the turn of the key. It is apparent that this is a vehicle that has been maintained and covered low mileage it runs as quiet and smooth as any Series Land Rover that we have ever had. The vehicle drives really well as Mr Watkins has taken the leaf springs off and greased between the leaves which allows them to function much better. It really is a credit to his work and maintenance over the years that the vehicle is still present in the such great usable condition.

A joy to drive and such fun, the vehicle has 11 months mot left. Four wheel drive and low range engage, as they should. The gears change up and down as they should it has a very quiet gearbox which is a good sign of it's light use over the years. It will be supplied fully serviced including engine, oil filter, main gearbox, transfer box, overdrive, diffs and the swivels.


Almost all Series Land Rovers we have had drip a little oil, NEU 37 is an exception though no drips of oil to speak of even after standing for days in the same place. The steering is as it should be and the vehicle doesn't wonder on the road like some series vehicles do.


This is a very honest 53-year-old Series Land Rover. You will have to go a long way to find a better vehicle.