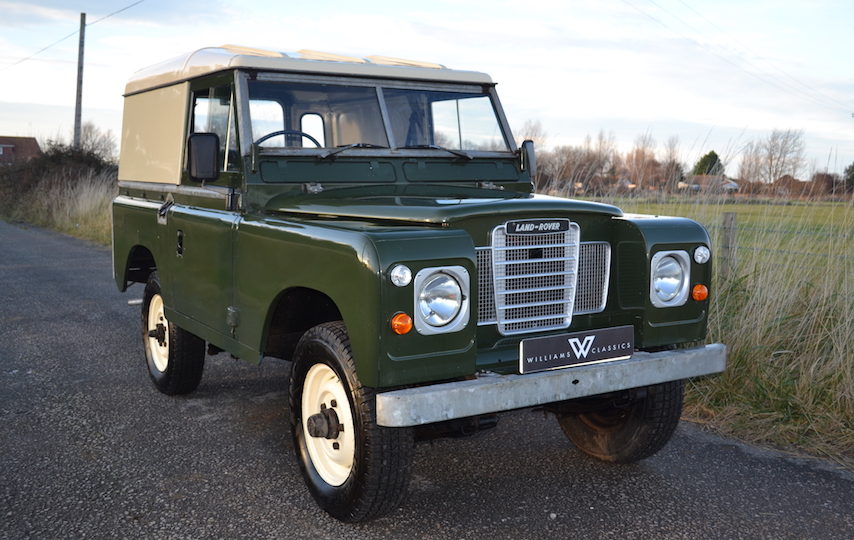 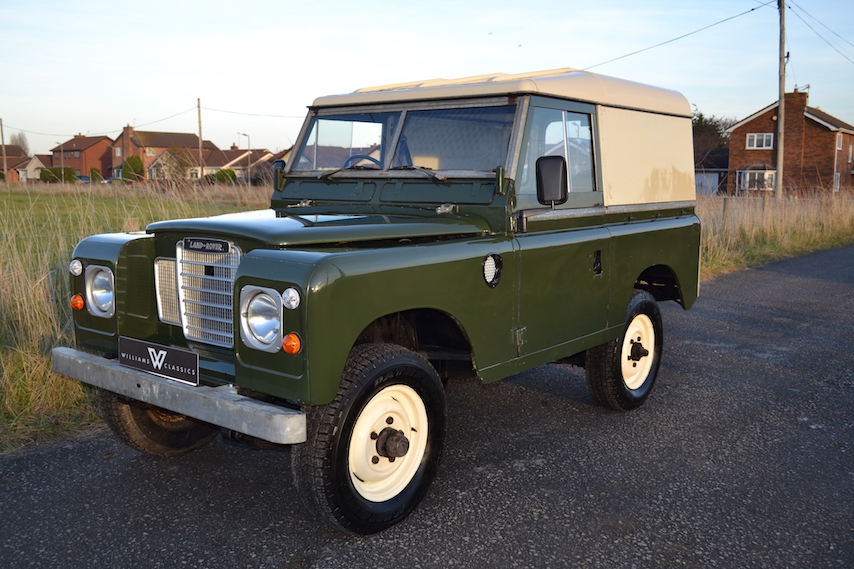 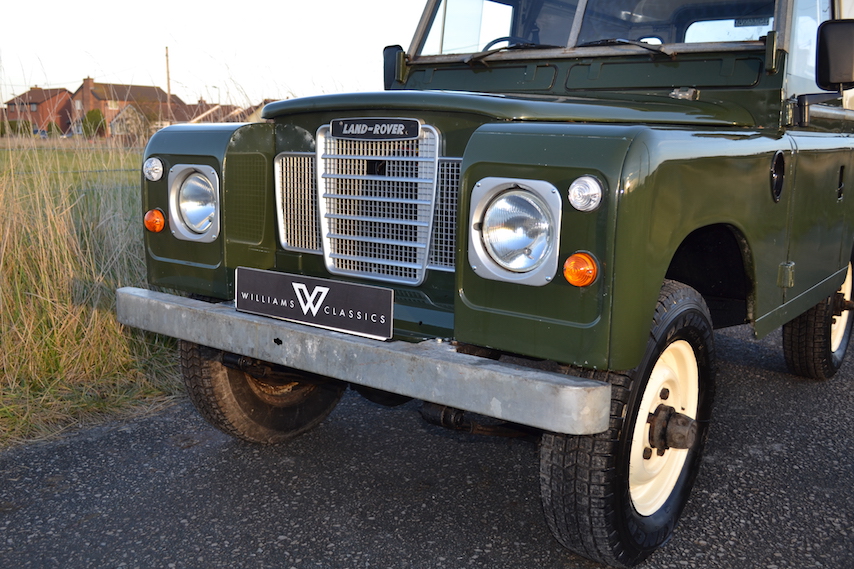 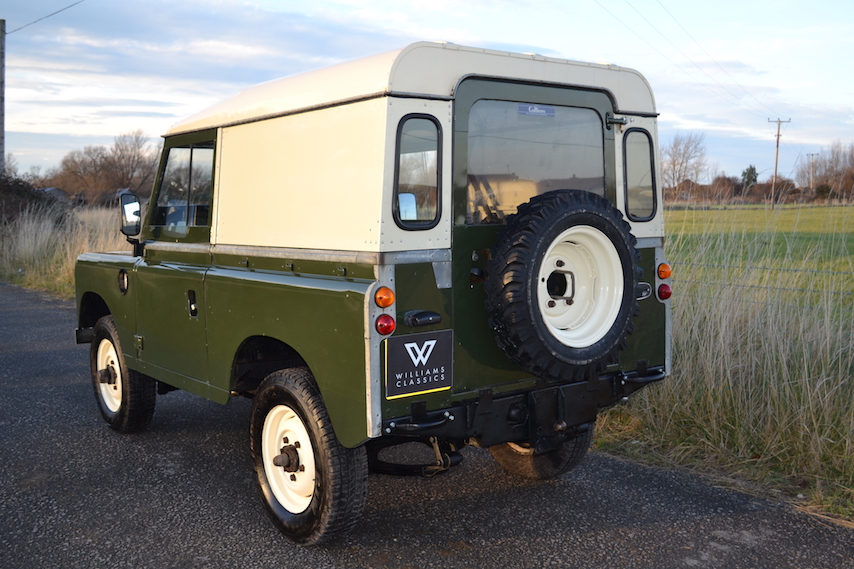 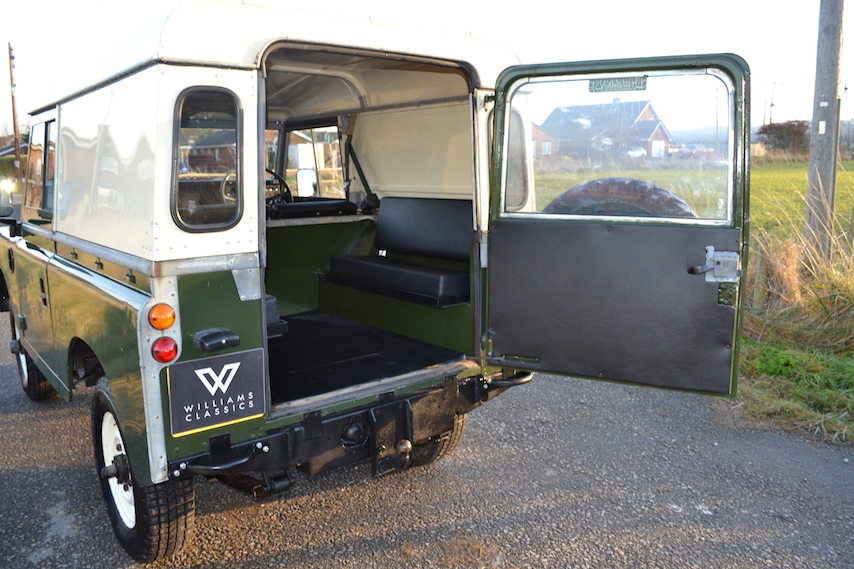 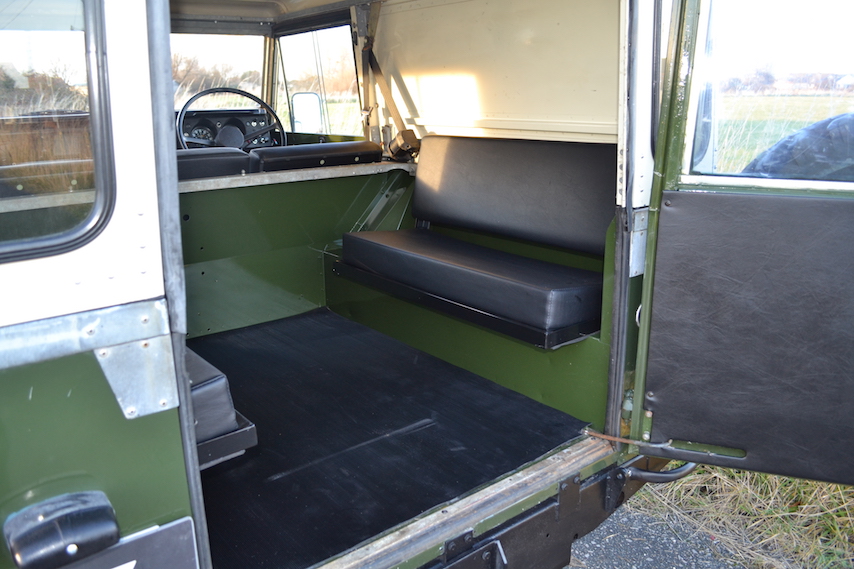 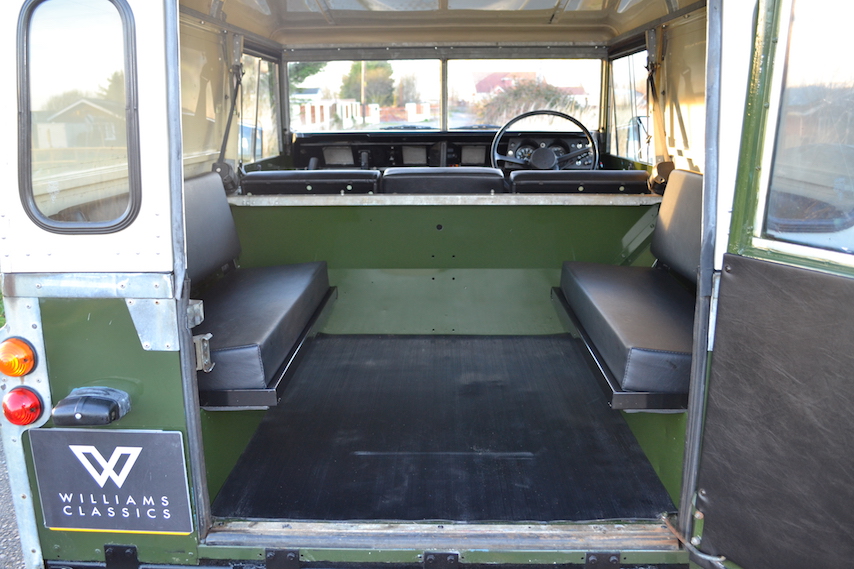 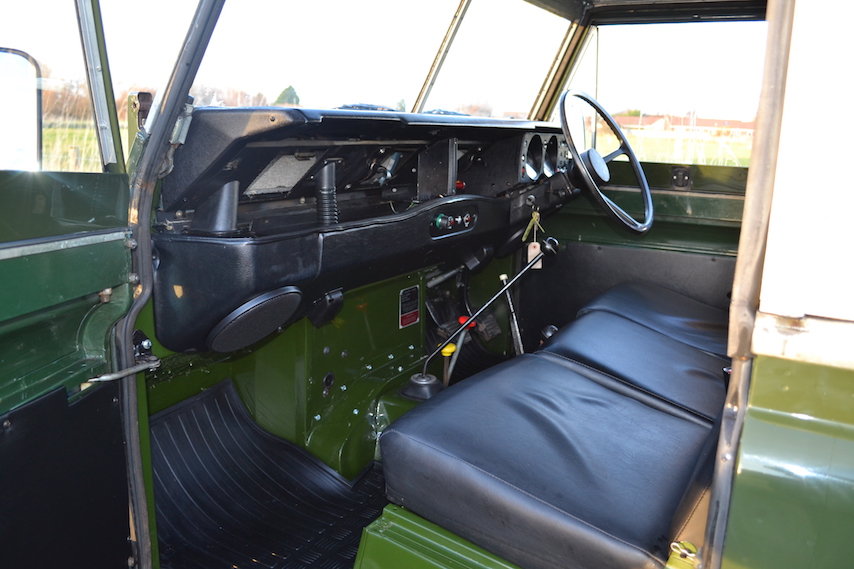 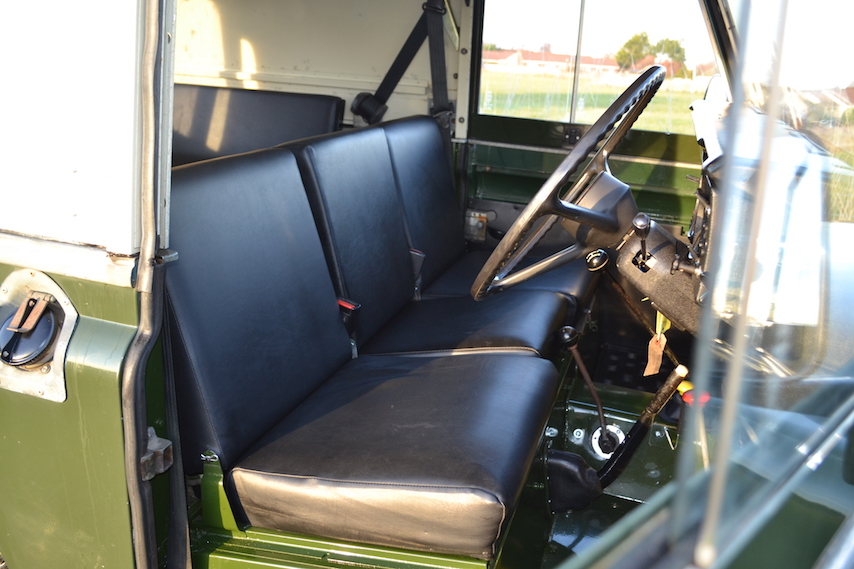 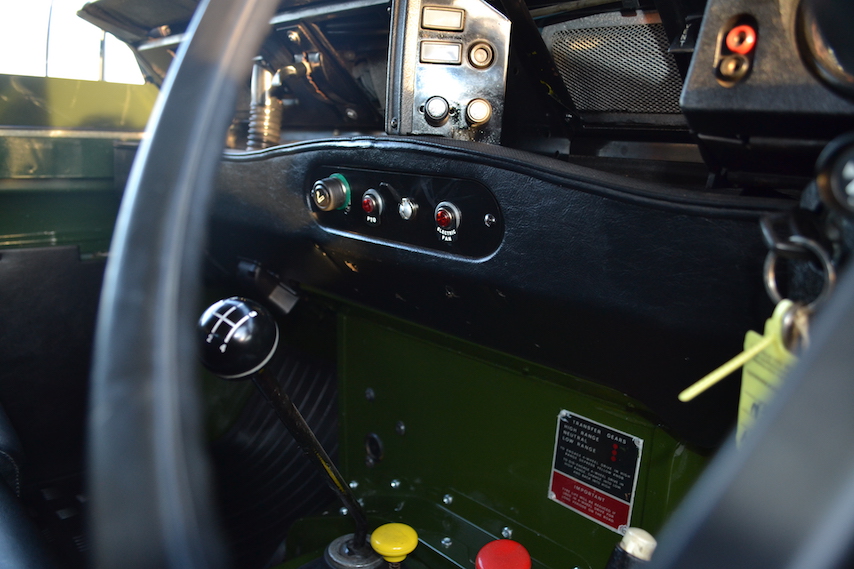 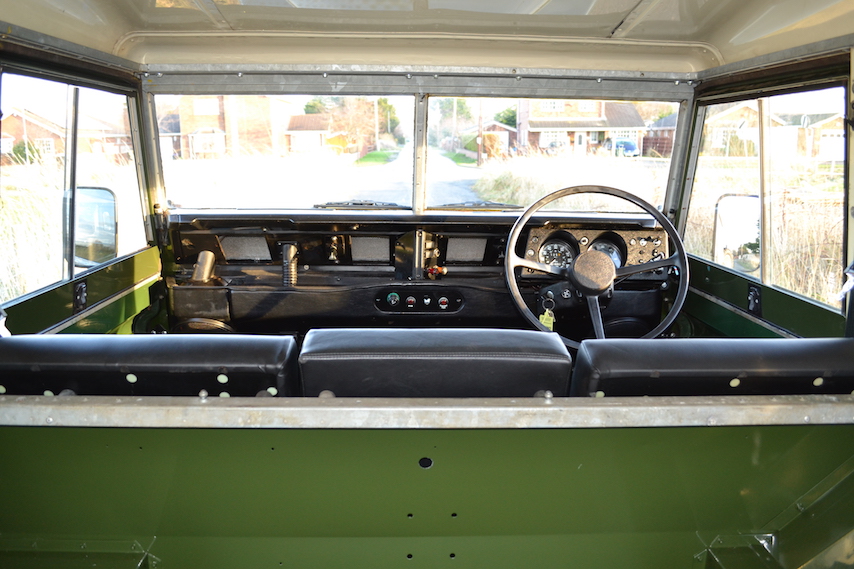 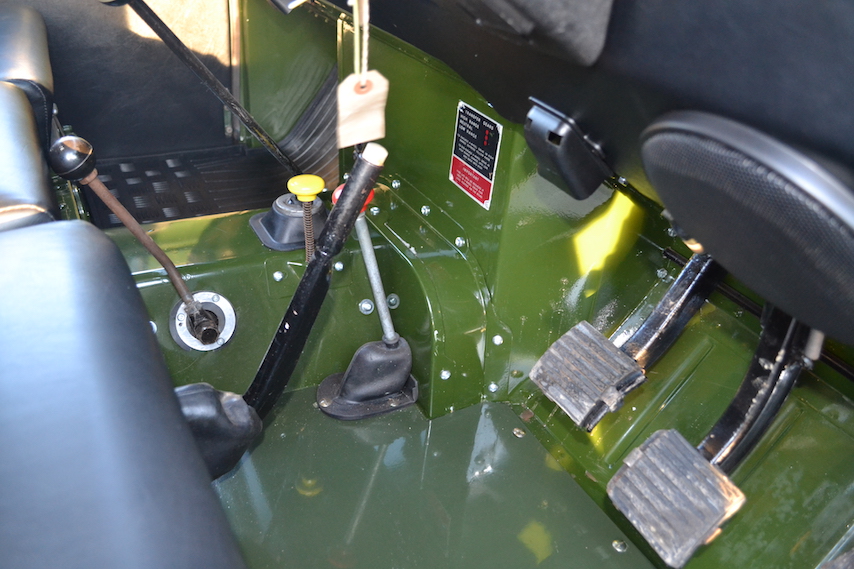 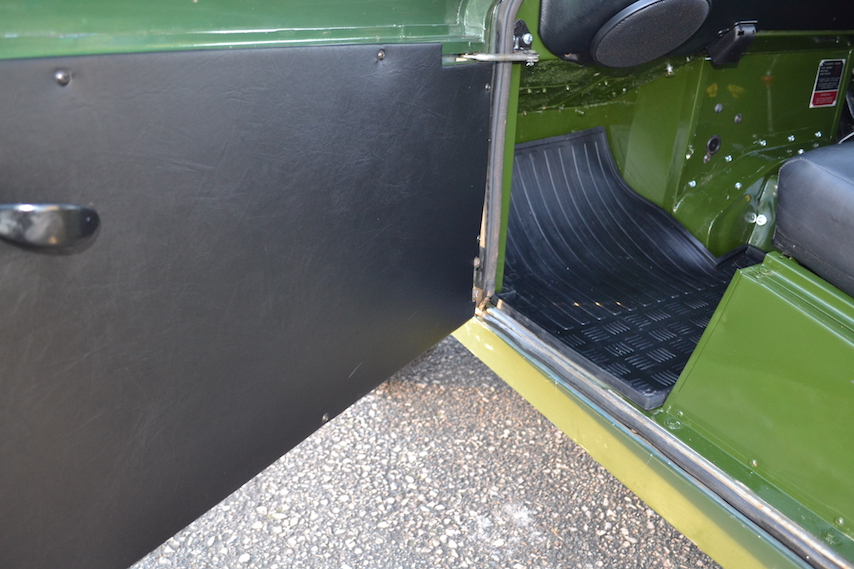 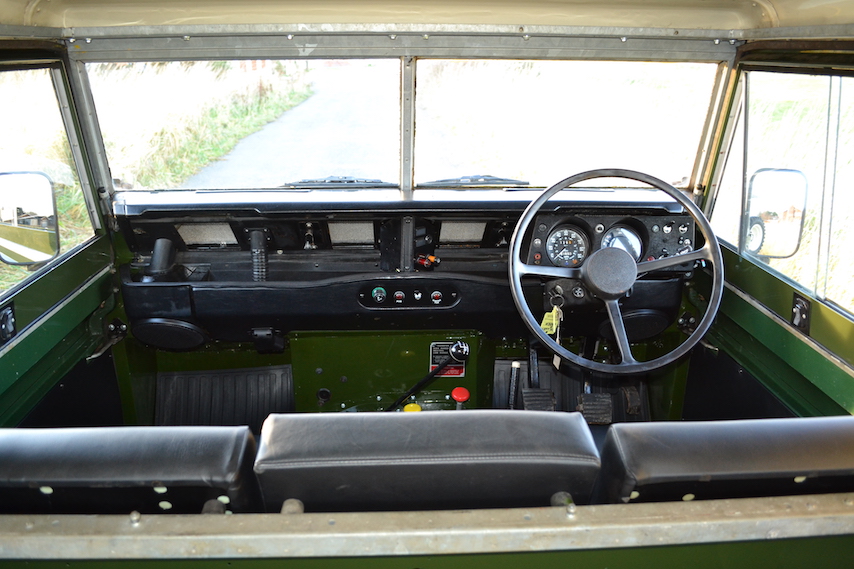 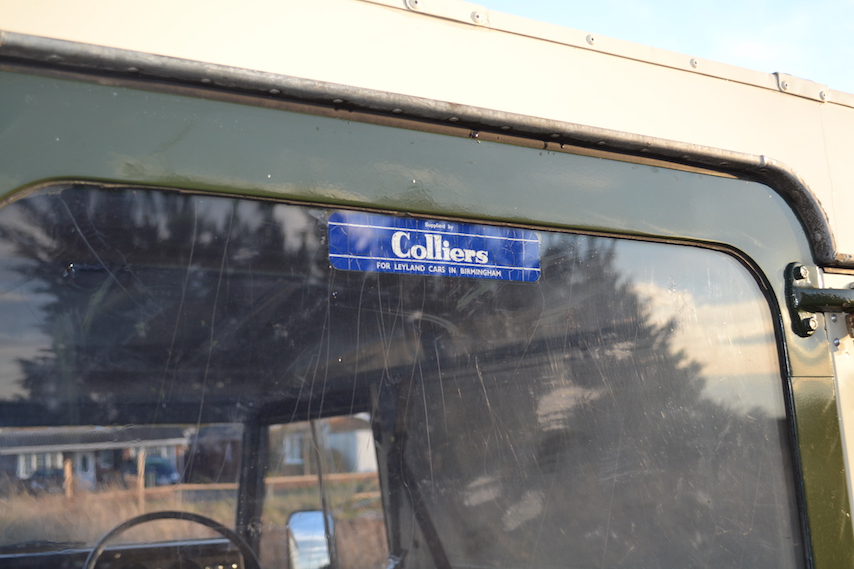 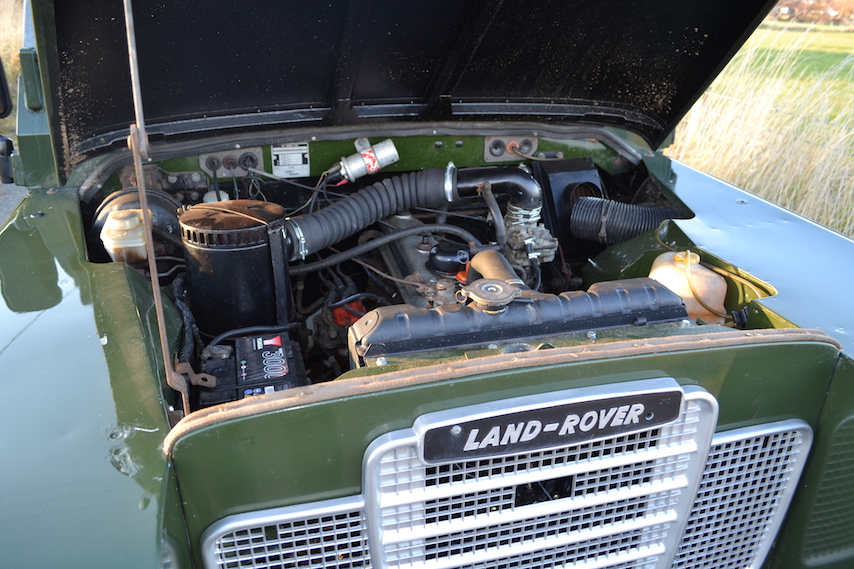 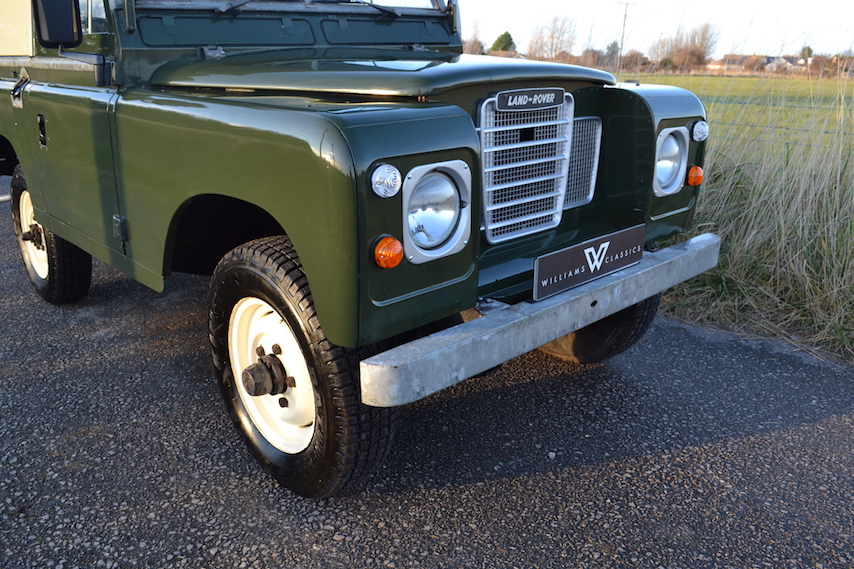 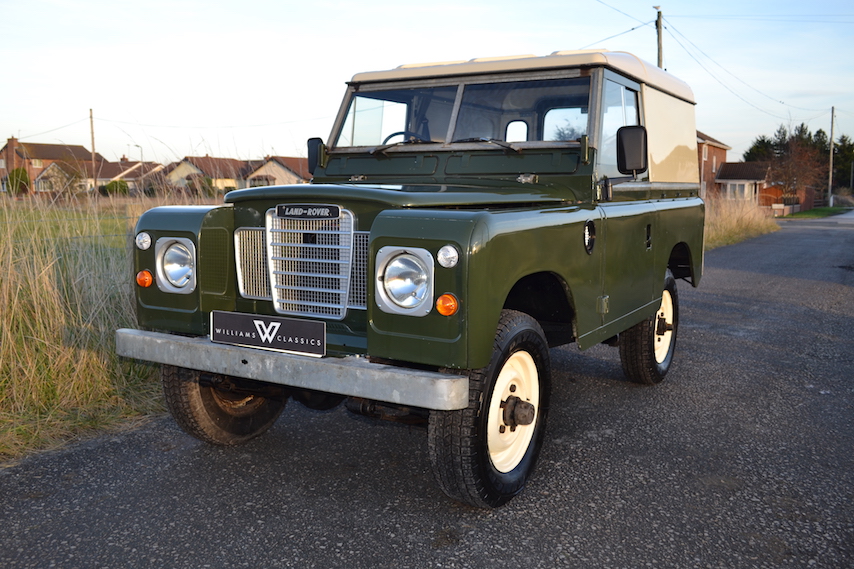 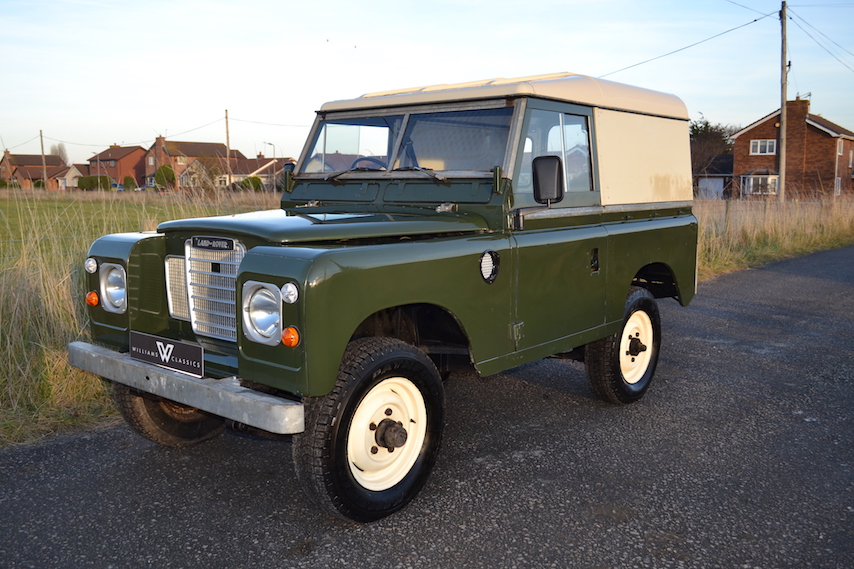 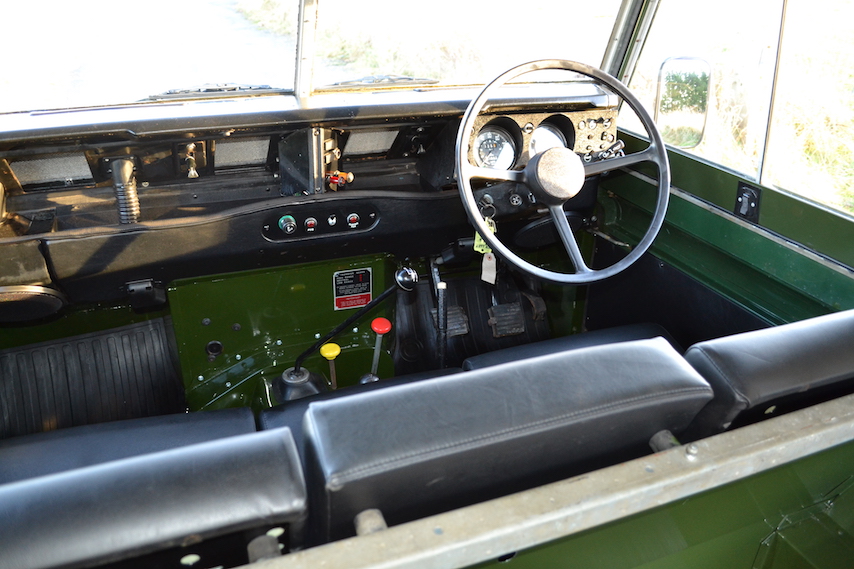 
SOV has only covered 62,000 miles from new. The vehicle has spent a majority of it's life in the Warwickshire area.

The vehicle comes complete with it's original bill of sale from Colliers in Birmingham the main dealer sticker is still on the back window and on the rear number plate. It was sold on the 5th May 1983 for the sum of £6512.00 including a £760.30 discount. Extras included station wagon rear door, inertia belts, towing ball and 7 pin wiring, number plates, delivery charge and road tax. Then a supplementary invoice for fairey free wheeling hubs and then on the first service an overdrive was fitted which is still present not he vehicle now.

There is then service history at the same dealer from 976 miles onwards where he got a £400 bill for the first service. Then after when the vehicle changed hands the service history is at different specialists. There are also old mots with the vehicle.

The Land Rover is now finished in one of the most classic colour combinations Bronze Green with the Limestone Wheels and hardtop it looks fantastic.

To find an unmolested example has become very hard, but to find one that has such a good history file, only covered sixty-two thousand miles, retains most of its original panels, its original chassis, engine, gearbox is becoming very hard.

The bodywork on SOV is very good and all the panels are straight with very few dents and scraps.

The interior has benefited from new front seats and matching rear bench seats. It was also important to us that we kept as many original parts of the vehicle as we could as this wasn’t intended to be a fully restoration but a preservation the vehicle is remarkably original. The dash is unmarked with no cracks or sun damage. Just look at the footwells they still have the original pressed footwells, this is not to be confused with a land rover that has been cosmetically done. As you can see all the floor panels have been painted separately and not in place and new nuts and bolts put back.

The load area is exceptionally clean and doesn't show any sights of heavy use and is presented with a rubber mat and a pair of rear bench seats.


SOV 248Y has one of the best original engine bays we have seen on a Series 3, extremely clean with original stickers still in place. The petrol engine fires up and drives very well there is no smoke, it idles sweetly and has plenty of power. The block still has it’s original paint as does the head. This is the later five bearing crank engine. The engine has been fully serviced by ourselves.

A joy to drive and such fun, the vehicle will have a full 12-month MOT from the day of sale. Four wheel drive and low range engage, as they should. The gears change up and down as they should it has a very quiet gearbox which is a good sign of it's light use over the years. It will be supplied fully serviced including engine, oil filter, main gearbox, transfer box, overdrive, diffs and the swivels.


Almost all Series Land Rovers we have had drip a little oil, some quite a lot, SOV 248Y is the exception though no drips of oil to speak of even after standing for days in the same place. The steering is as it should be and the vehicle doesn't wonder on the road like some series vehicles do. The vehicle also benefits form parabolic springs and shock absorbers which makes the ride much more comfortable than leaf springs.


This is a very honest 33-year-old Series Land Rover. You will have to go a long way to find a better vehicle.