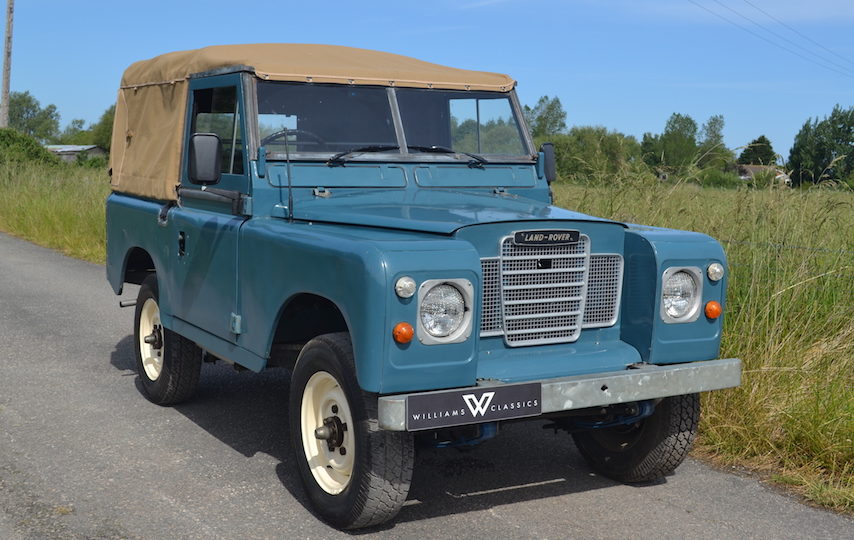 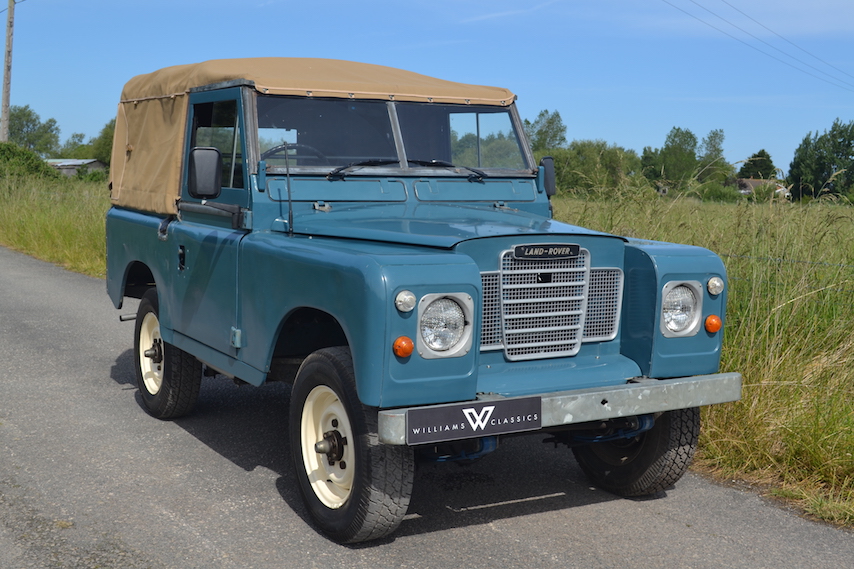 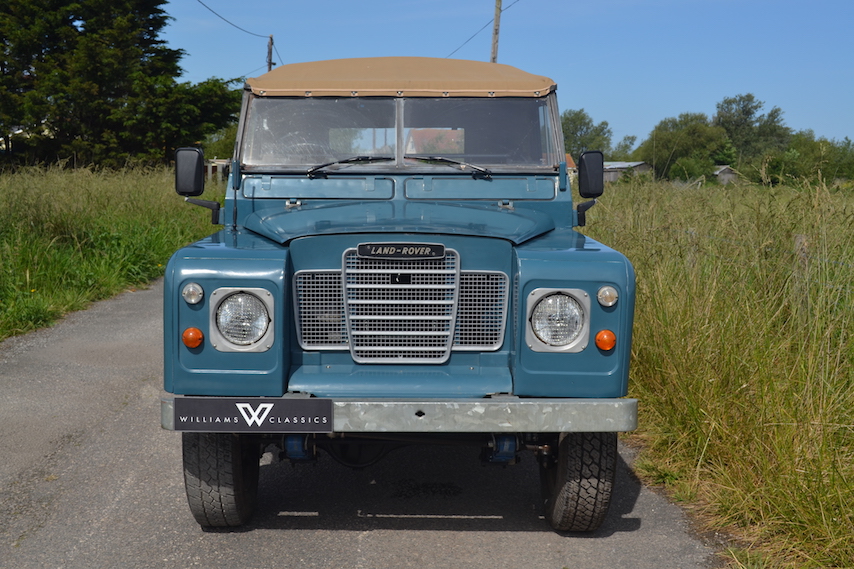 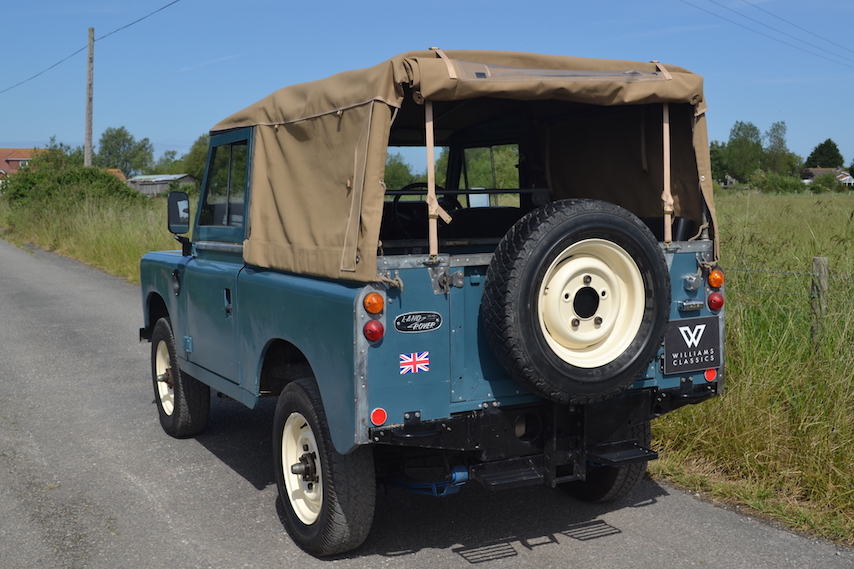 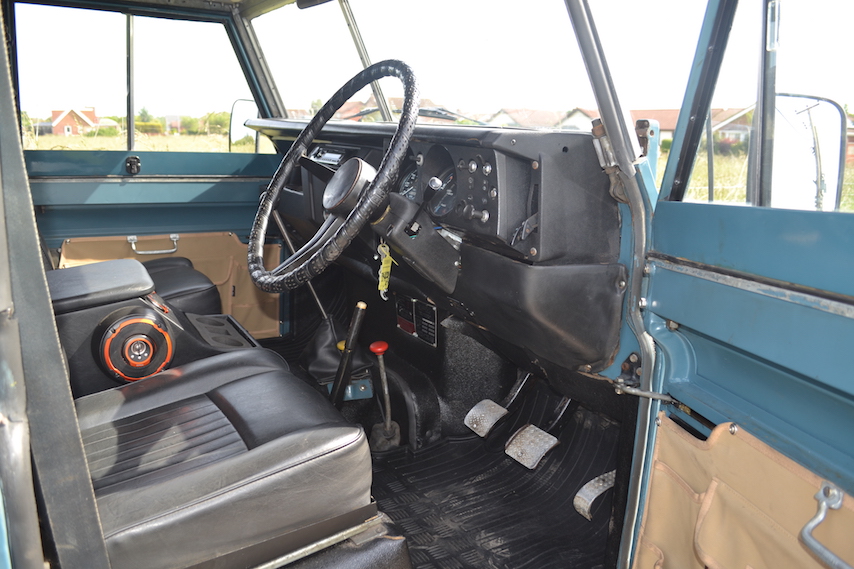 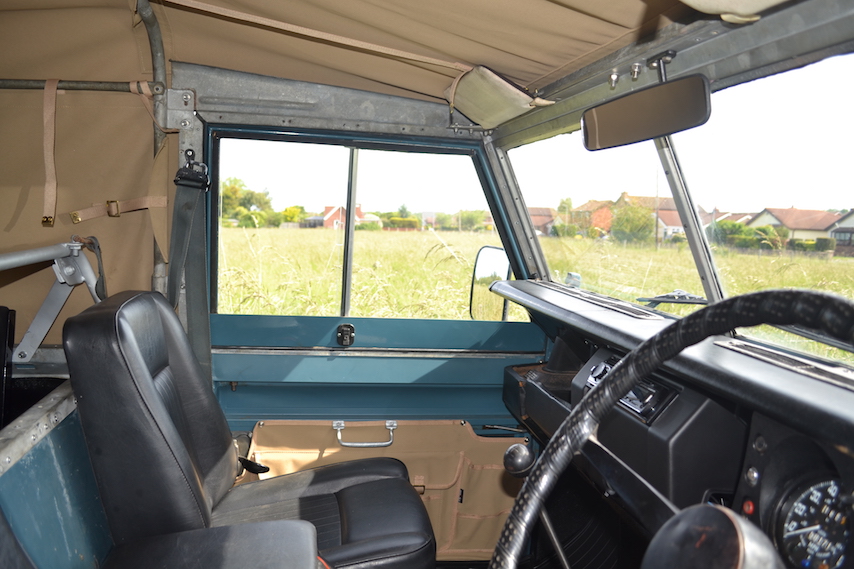 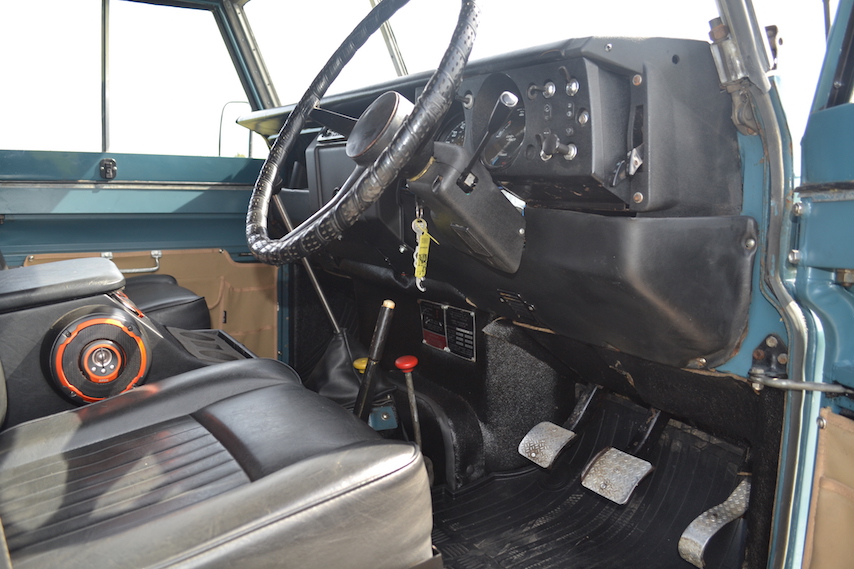 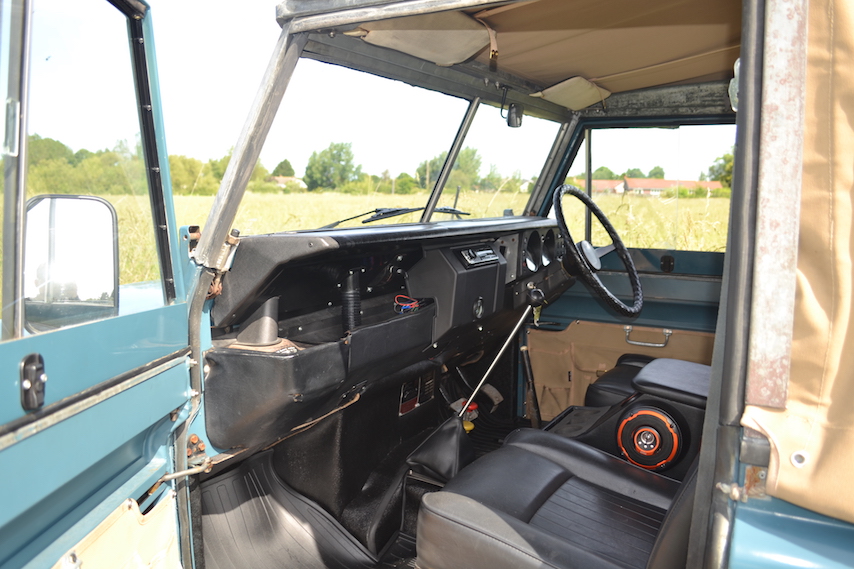 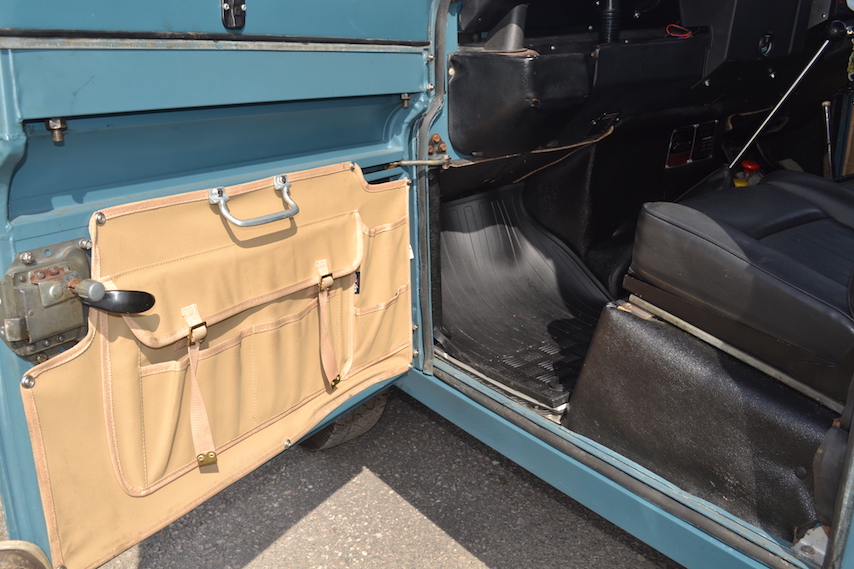 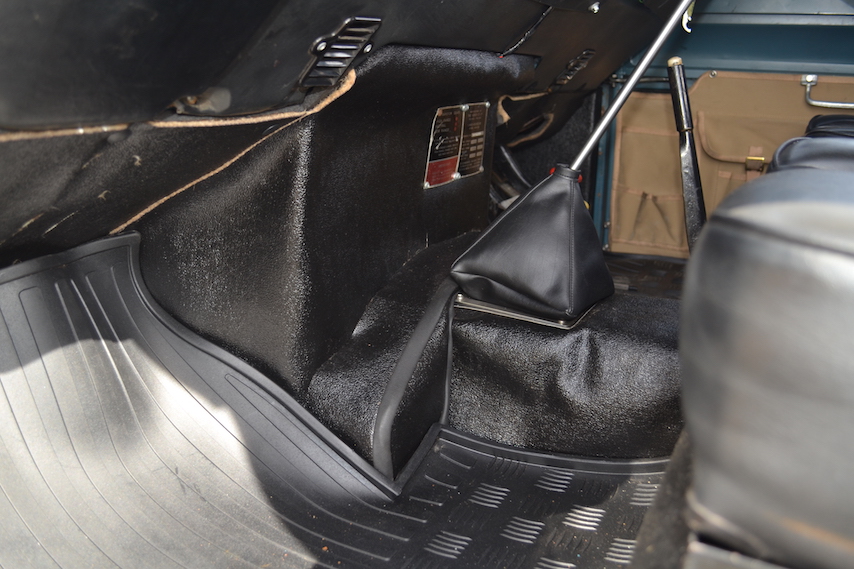 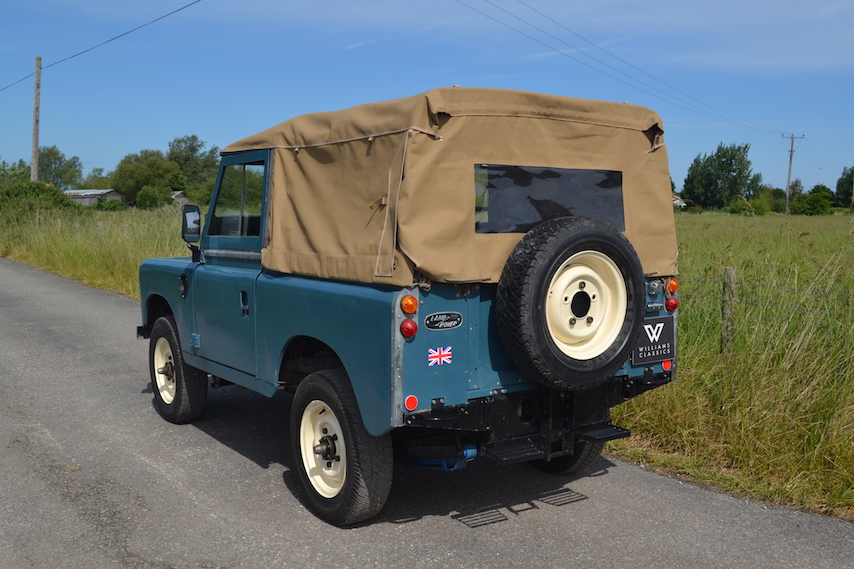 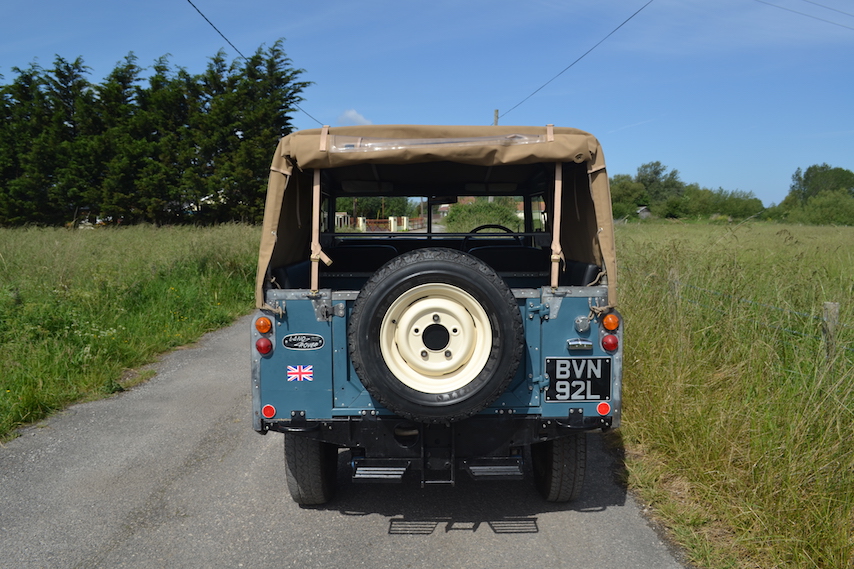 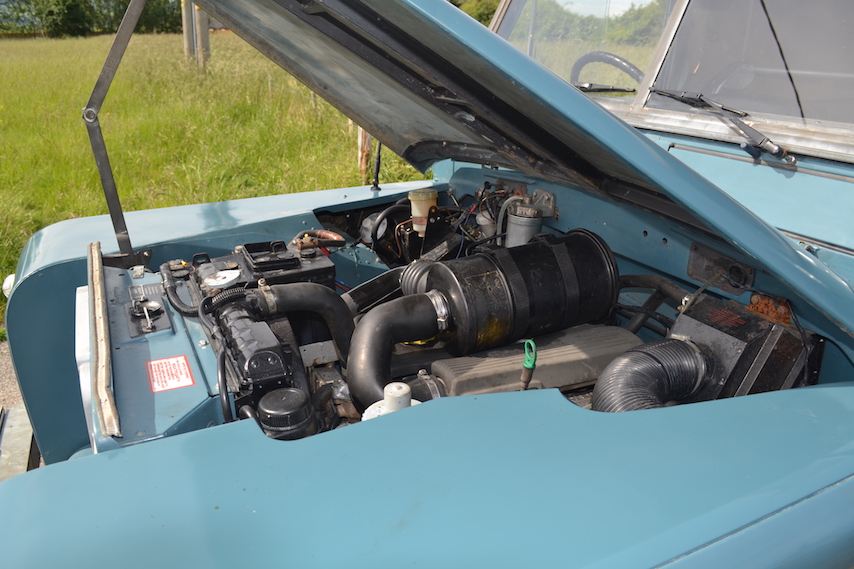 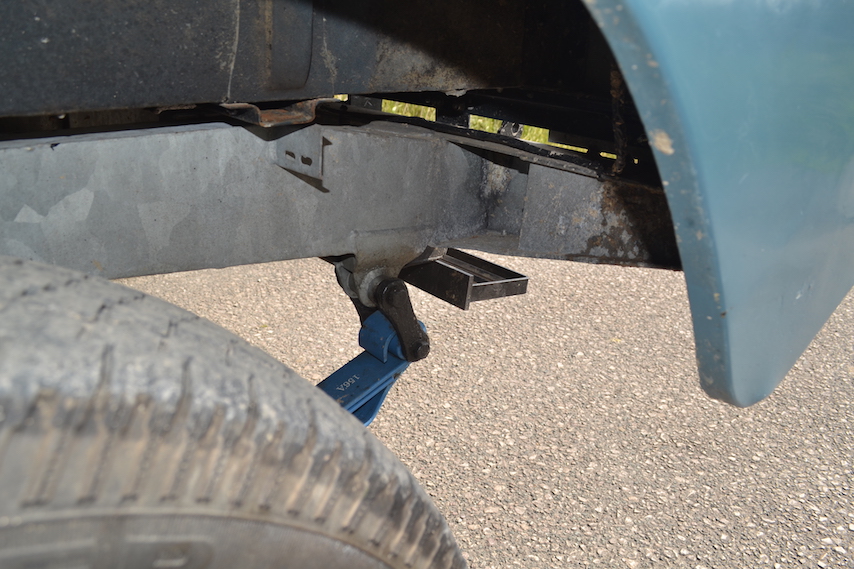 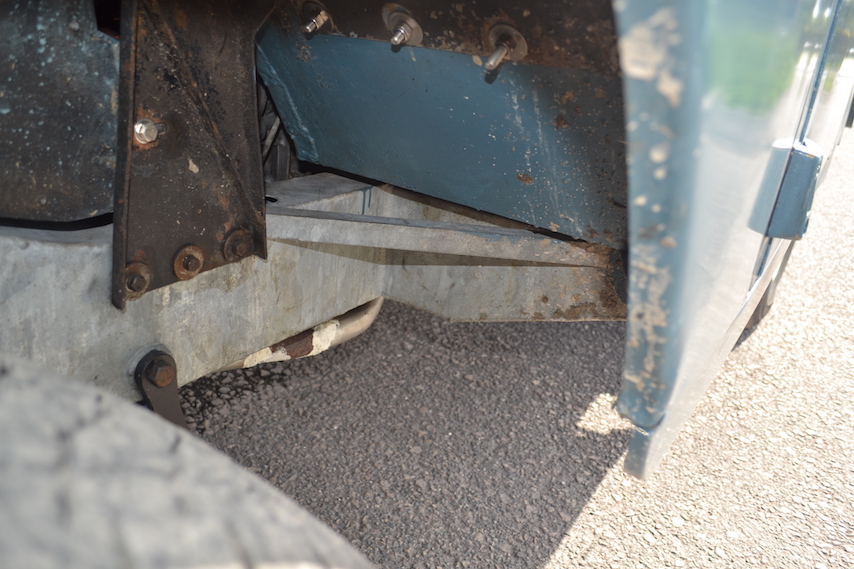 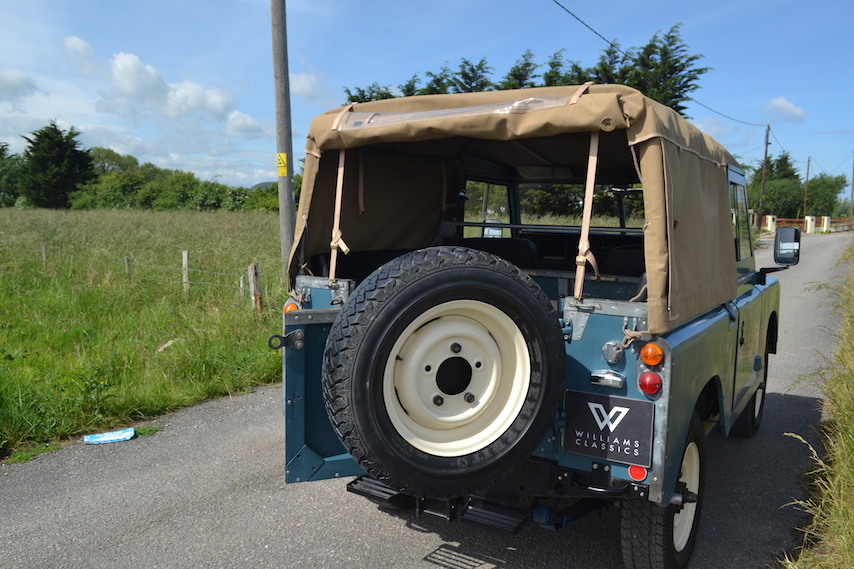 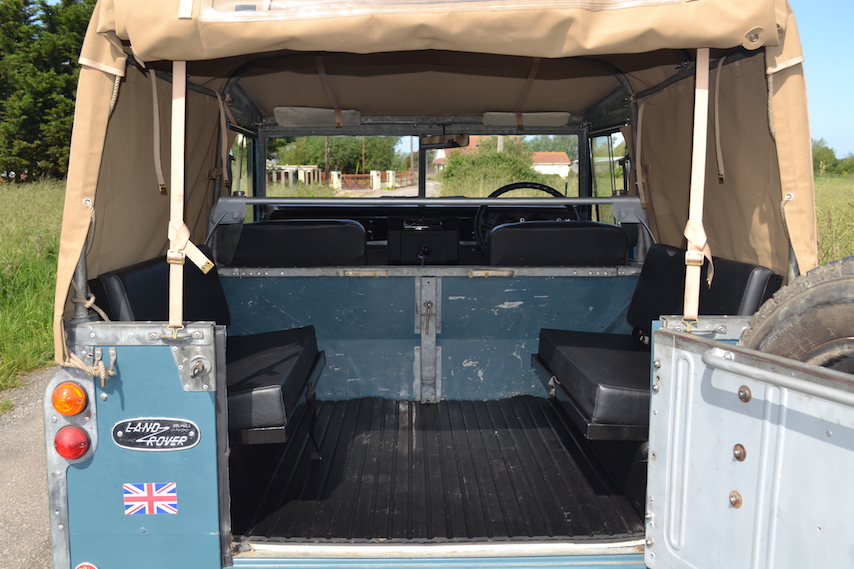 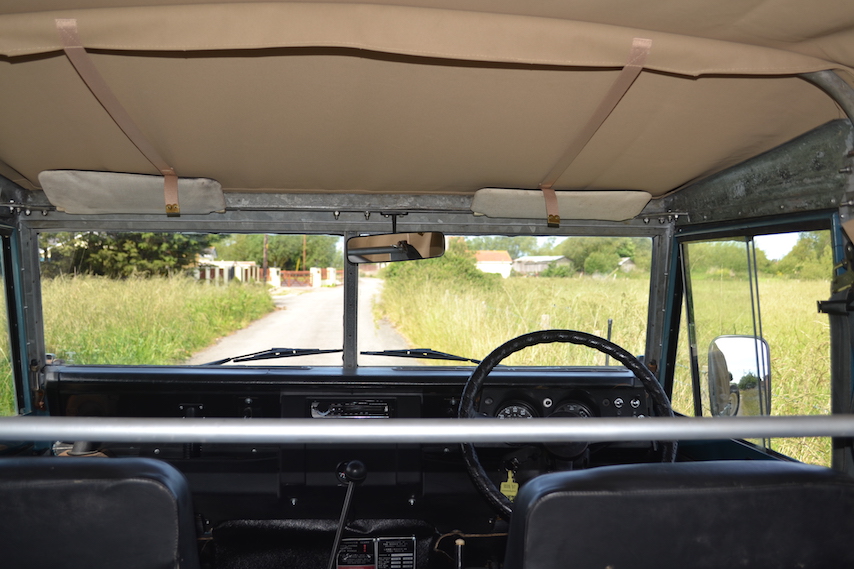 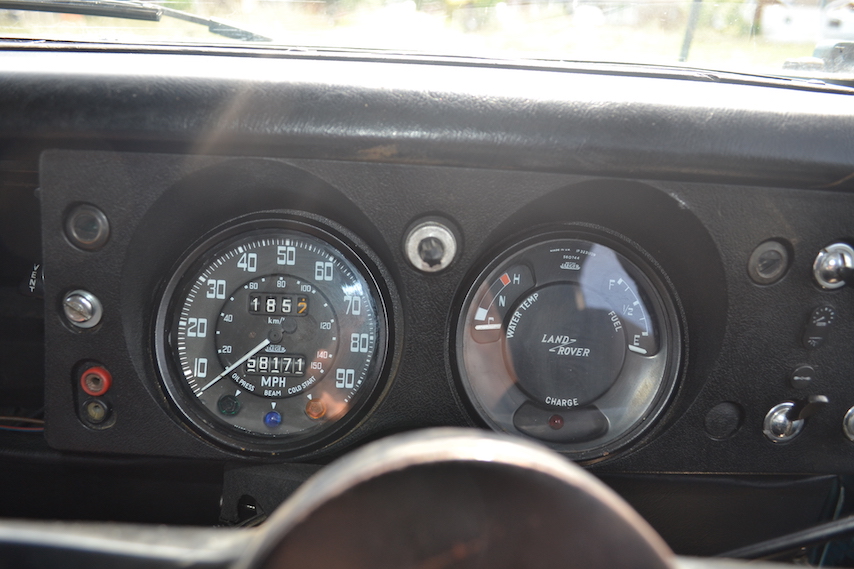 This vehicle is a early Series 3 and has many features that were carried over from the late Series 2a production. Such as Series 2a rear lights, gearstick, rear number plate on the right hand side and some other noticeable features.

The dash is the early type with different style top vents compared to the later series 3 models. The interior has been fitted with Exmoor Trim door cards, hardura matting which is great for noise and vibrations, floor mats and a sand canvas.

This lovely restoration that has been subject to a ground up rebuild which has included a new galvanised chassis. The restorer also decided to incorporate a 200 Tdi engine into the rebuild which makes modern day use much more bearable particularly in traffic and on motorways. An electric fan is fitted to help with the cooling in traffic. The upgrades are all very substantial and have been incorporated into the rebuild very well. The turbo has been removed but can be included with the vehicle. It runs really well without the turbo, due to the weight of the vehicle.

The vehicle will be supplied with 12 months mot and also has the benefits of being tax exempt. Which is a saving of over £200 per year.

A galvanised chassis was purchased and the rear crossmember was painted black to aid anti corrosion and to look as original.

The axle casings were shotblasted and painted. Then rebuilt with all new brake parts, drums, shoes, master cylinder, wheel cylinders, seals, shock absorbers. Parabolic springs have been fitted, new bushes, new brake pipes and hoses, new engine mounts, gearbox mounts, exhaust.
A servo as seen on the later Series 3's has been installed to help with the braking power and works well. There is also an oil cooler fitted behind the front grille for the engine. All modifications have been well thought of and neatly hidden. So the overall appearance of the vehicle looks like a standard Series 3 until you see it overtaking you in the fast lane at 70+ mph.

Four-wheel drive and low range engage, as they should. The gears change up and down as they should and the gearbox has been subject to a full rebuild and a new clutch fitted. The vehicle fires at the turn of a key there is no smoke on start up and it pulls very well.

Please study the engine bay pictures this is one of the best 200 Tdi engine conversion you will find in a Series 3.

Minor repairs were done to the bodywork and new foot wells.

All the electrics were re-wired with new lights and indicators, an electric radiator fan with a switch on instrument panel. (The viscous fan cannot be used due to the engine location and bodywork.)

No expense has been spared.

The vehicle was then fully repainted in Marine Blue with a Sand Canvas and Limestone wheels. There is a nice patina to the bodywork where it as worn away to the bare aluminium places it looks great.

The vehicle will be supplied with a 12 months mot from the sale date.

Photos really don't do this vehicle justice, it's strongly advised that you call and arrange a viewing.

After the rebuild the vehicle has had little use, no towing just pottering about and garaged every night.

Please note this Land Rover is a very good restoration and conversion and is by far one of the best we have ever had the pleasure of owning. The attention to detail really is a credit to the restorer and the way he has incorporated the upgrades to make the vehicle more drivable whilst retaining the original look of the vehicle until you open the bonnet.

A test drive is highly recommended.

This vehicle should give many years of happiness to its new owner. I will look fantastic on the beach towing your boat with the door tops off, vents open and canvas rolled up. With no worries about corrosion as the chassis is galvanised it will also be great on fuel with the 200 Tdi which was known as the bulletproof engine.

This is one of the best examples presently on the market that isn't over £20,000.