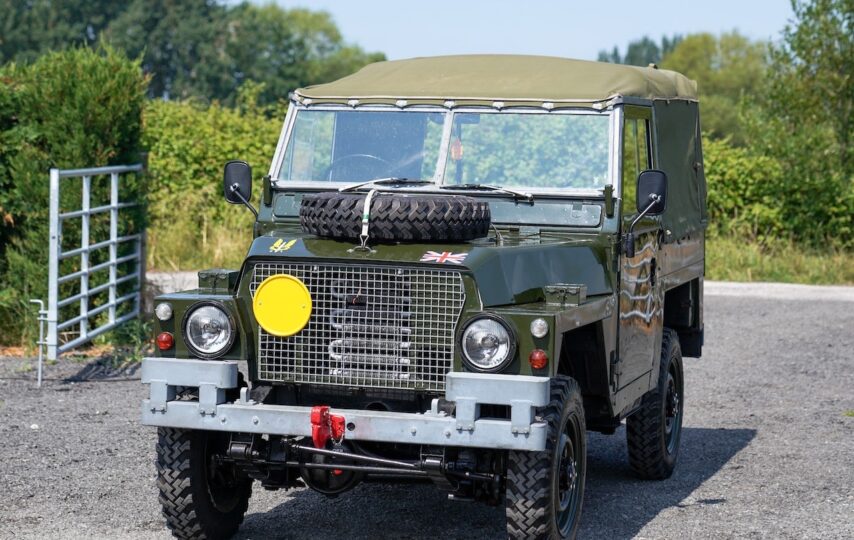 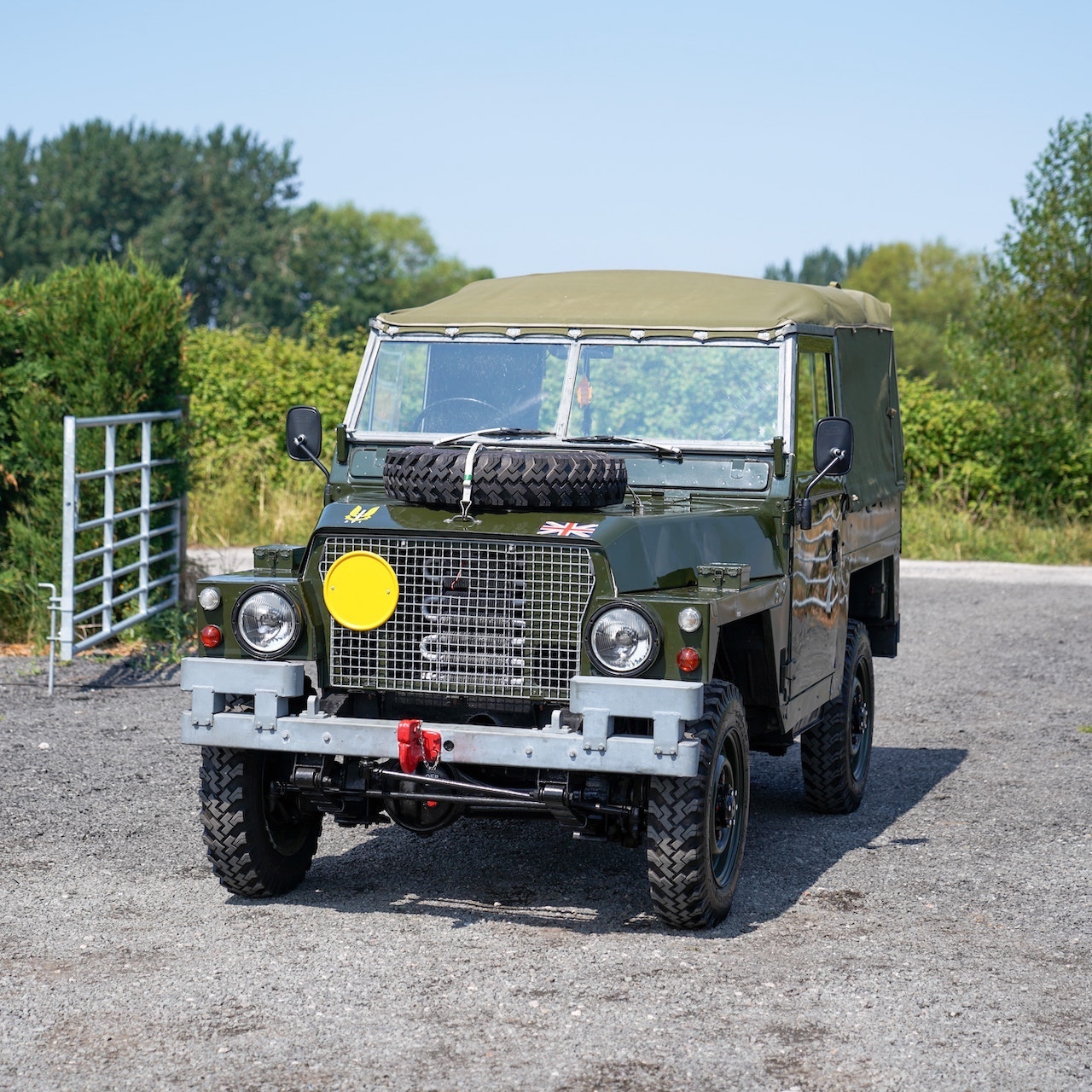 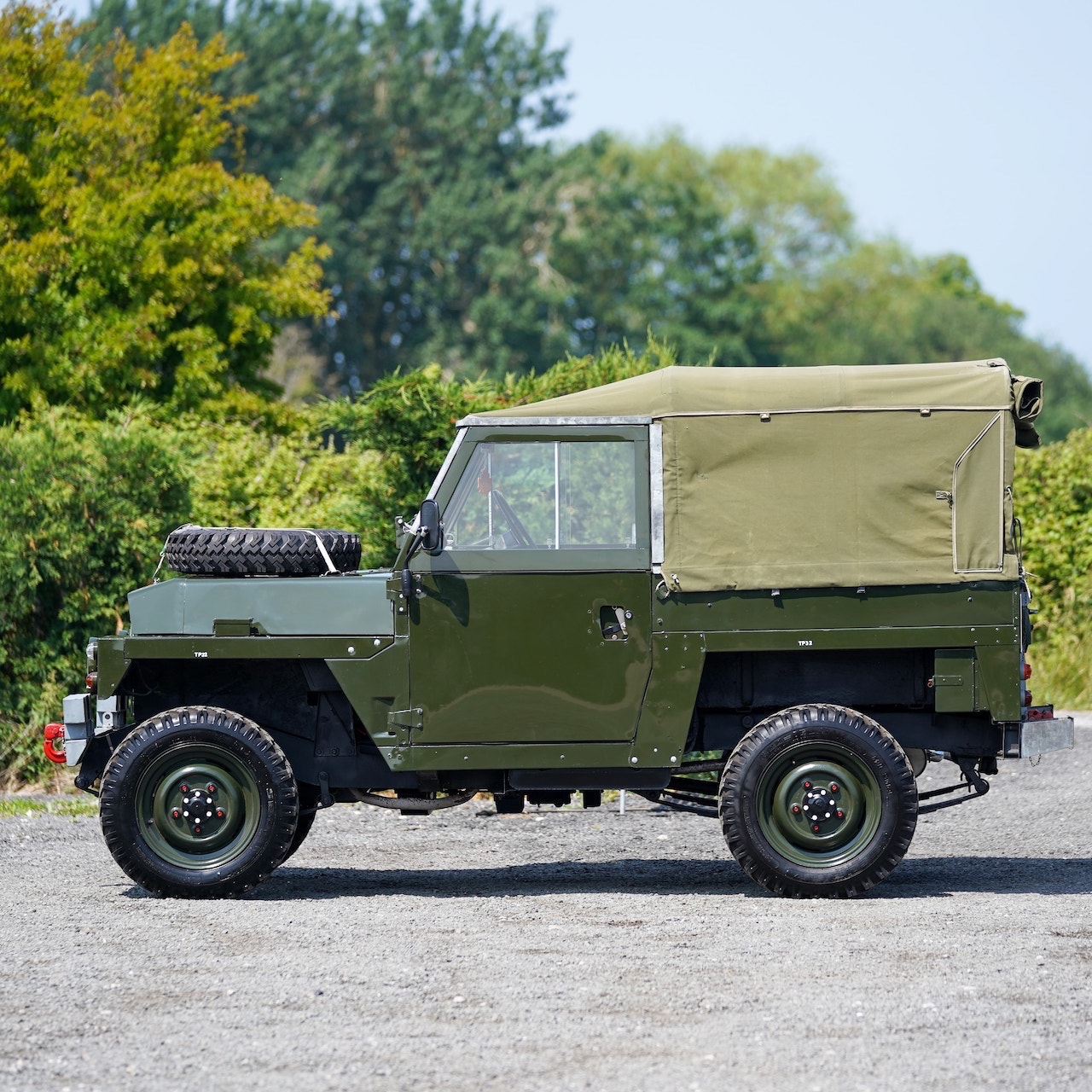 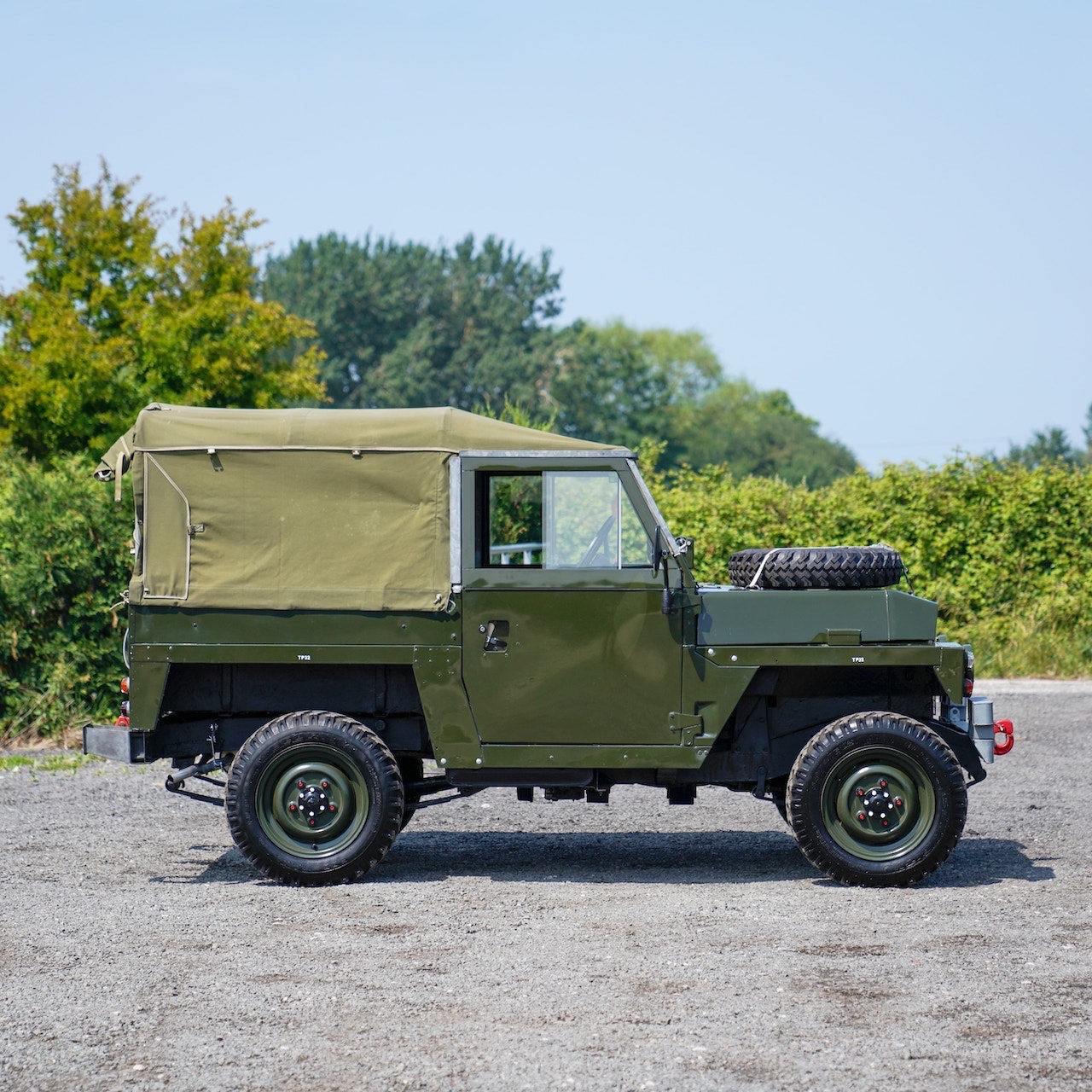 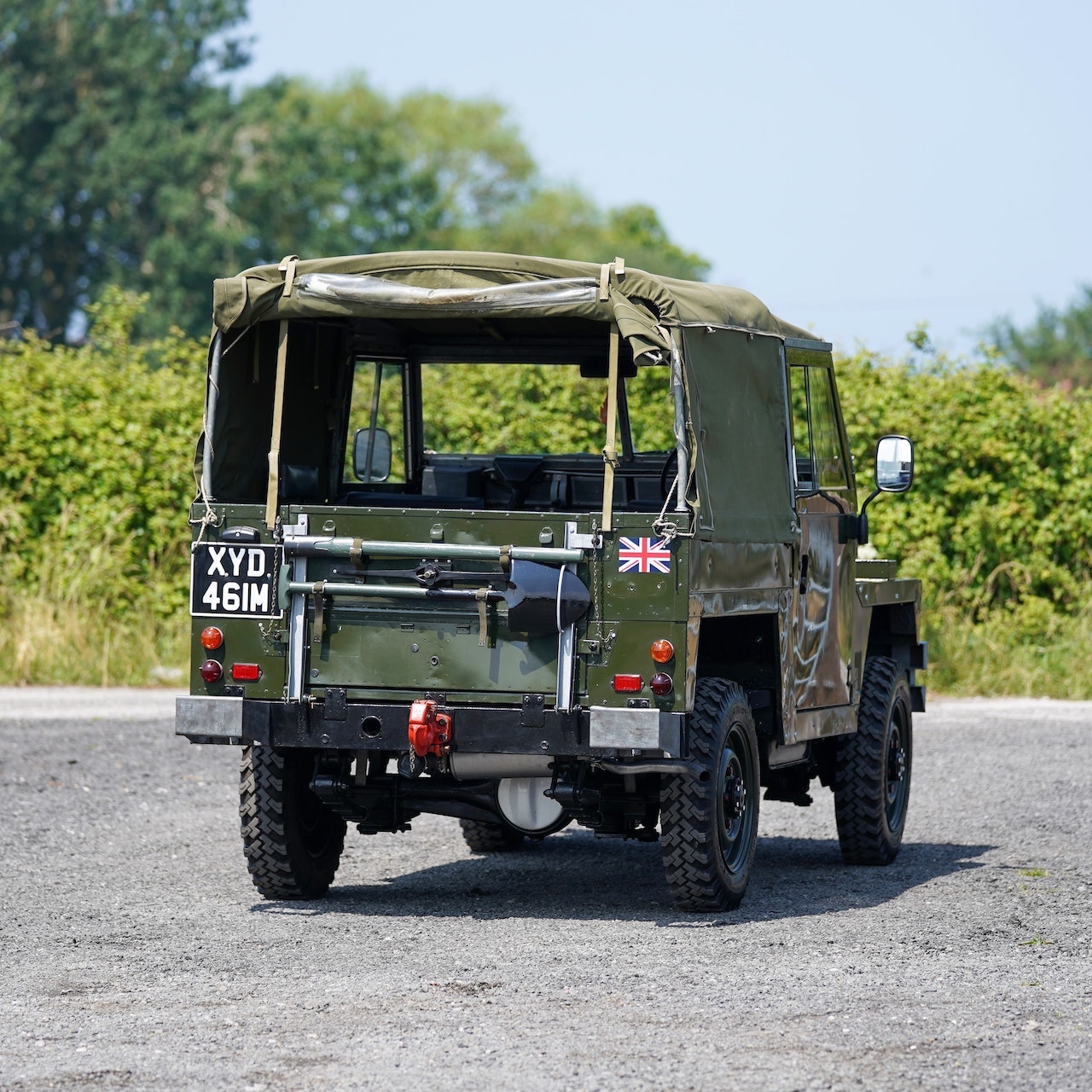 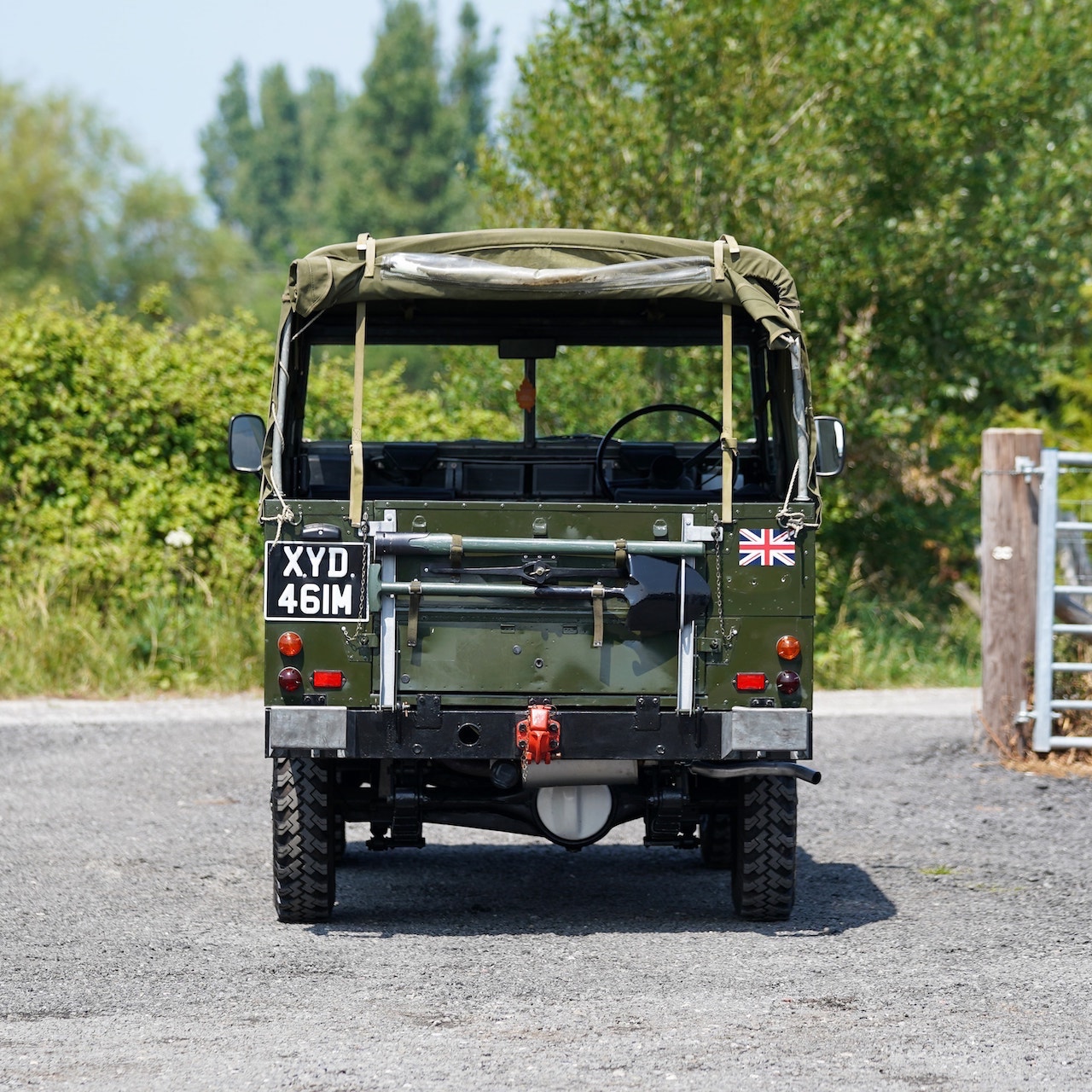 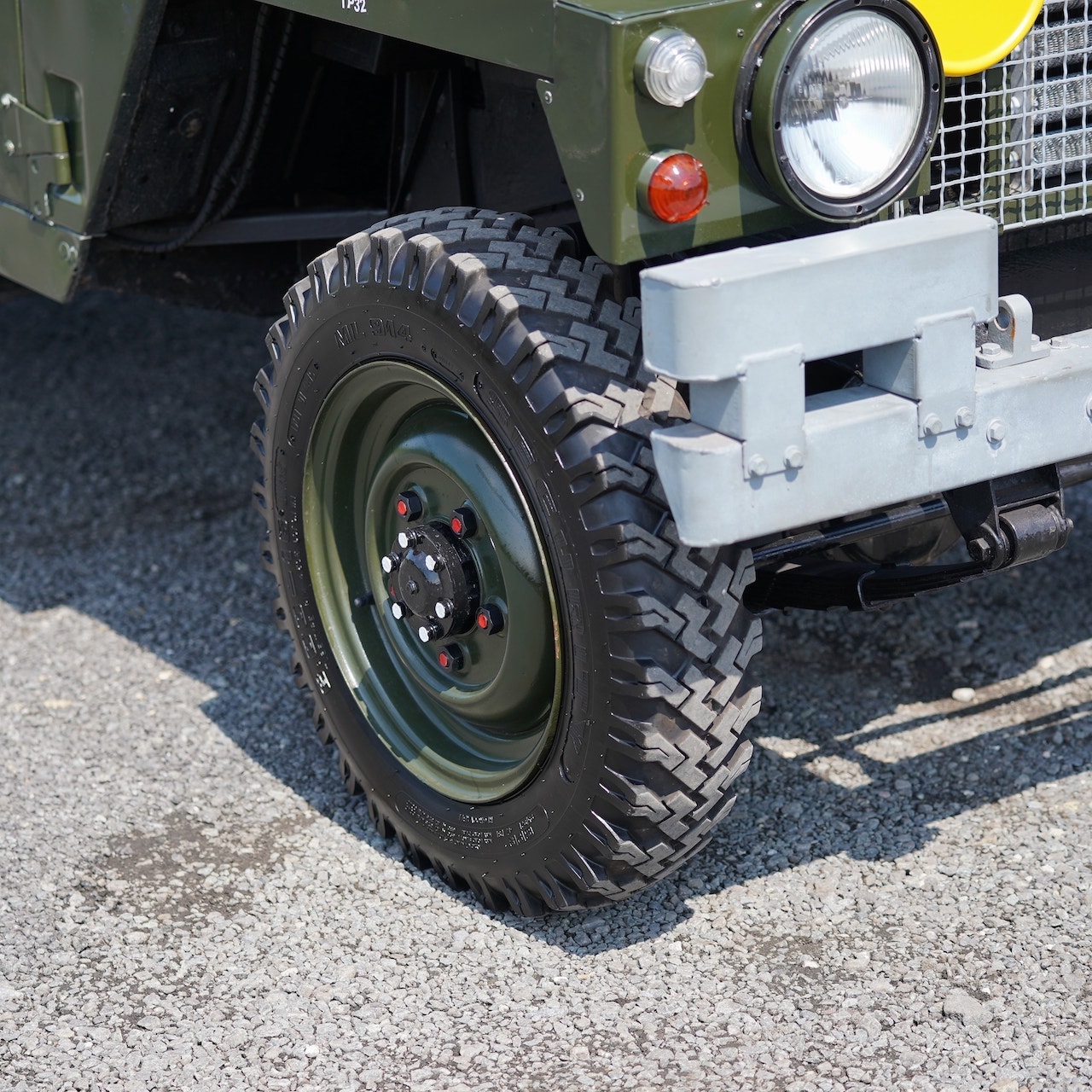 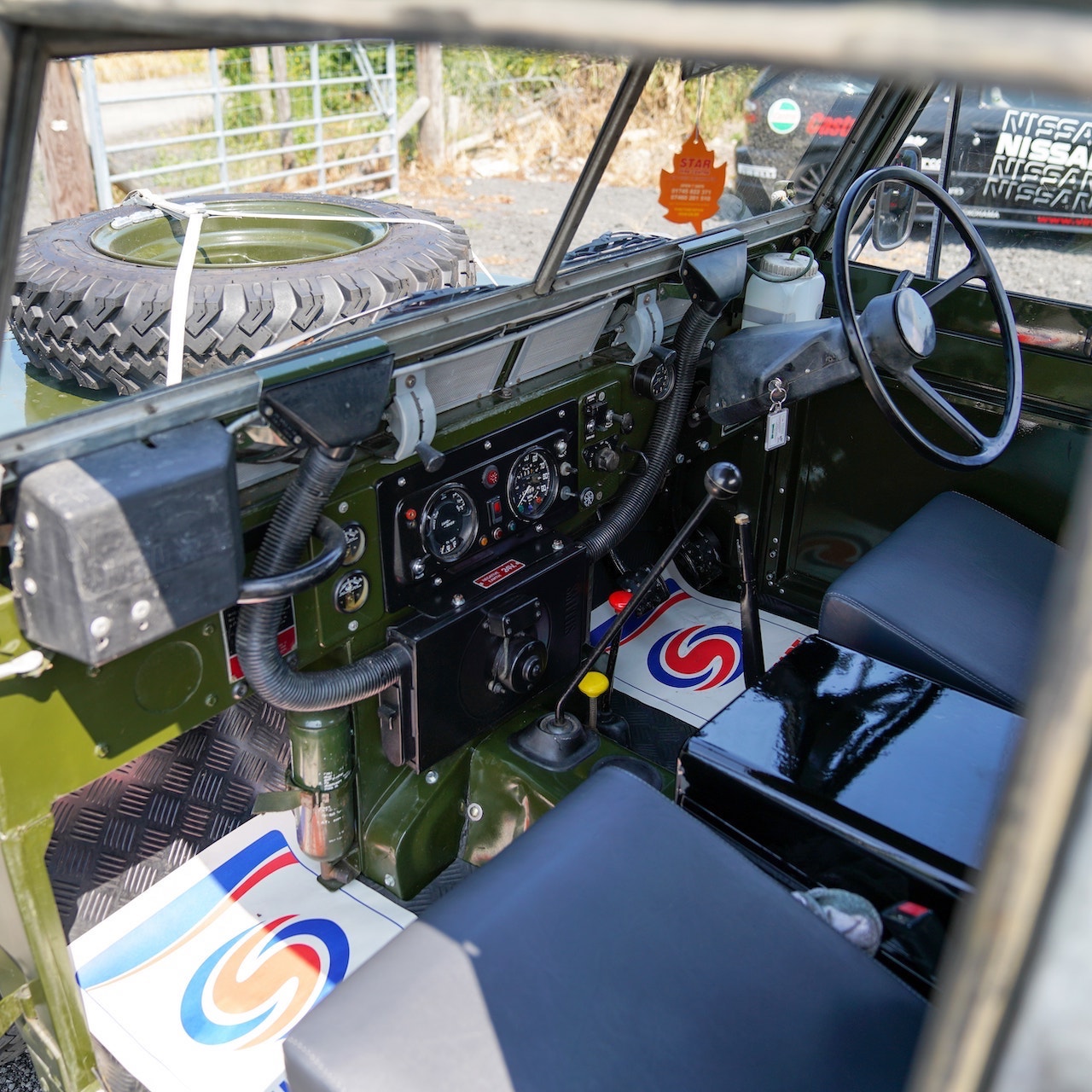 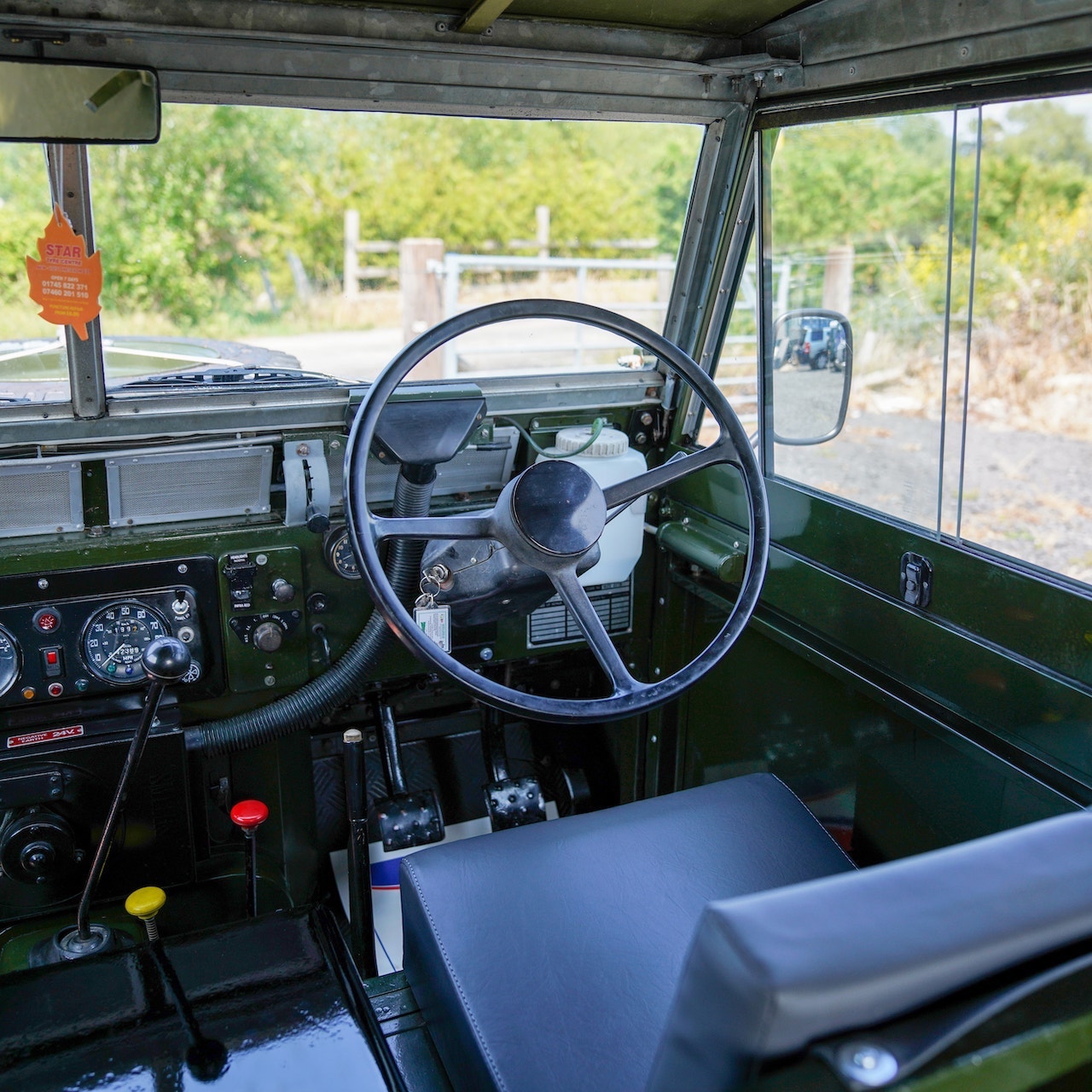 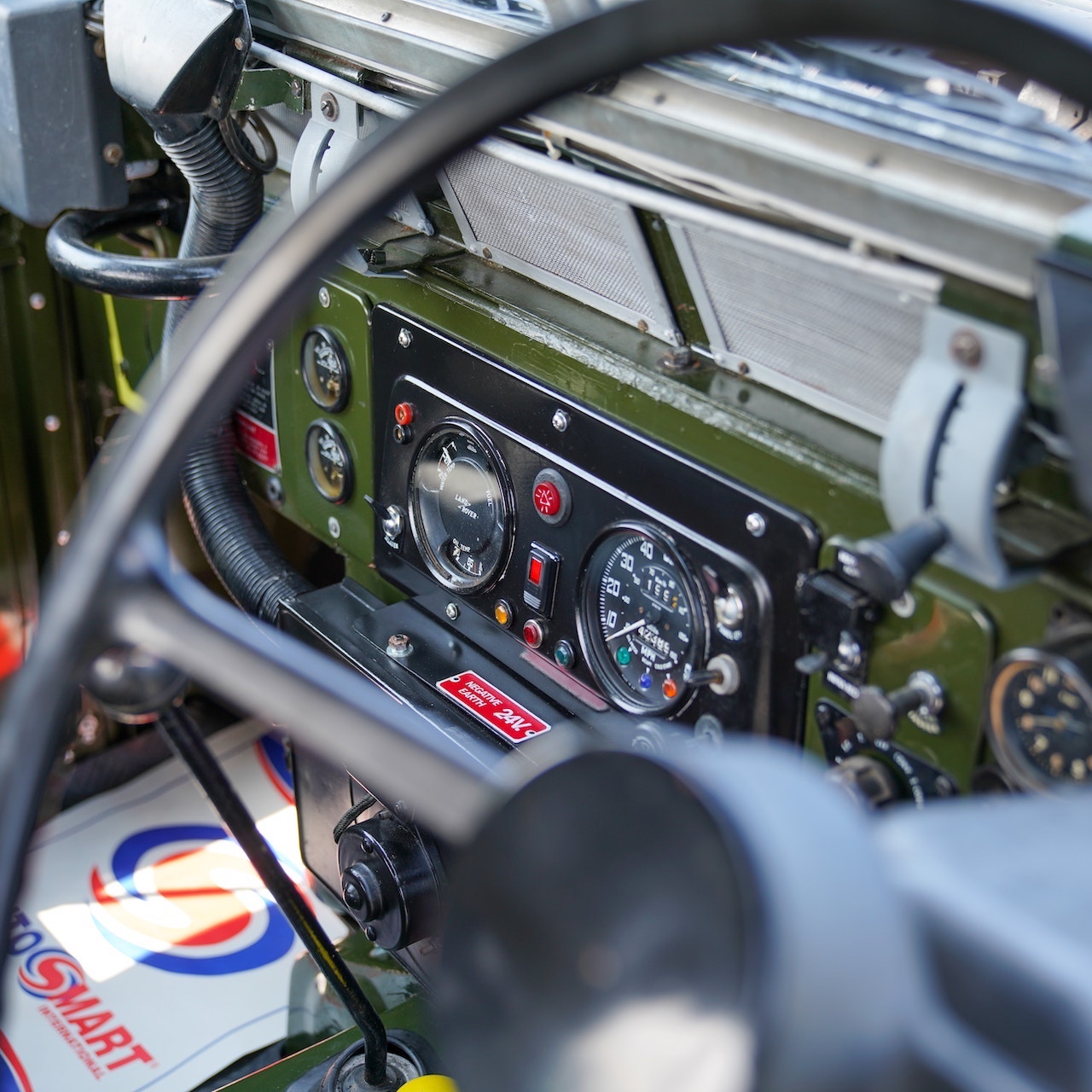 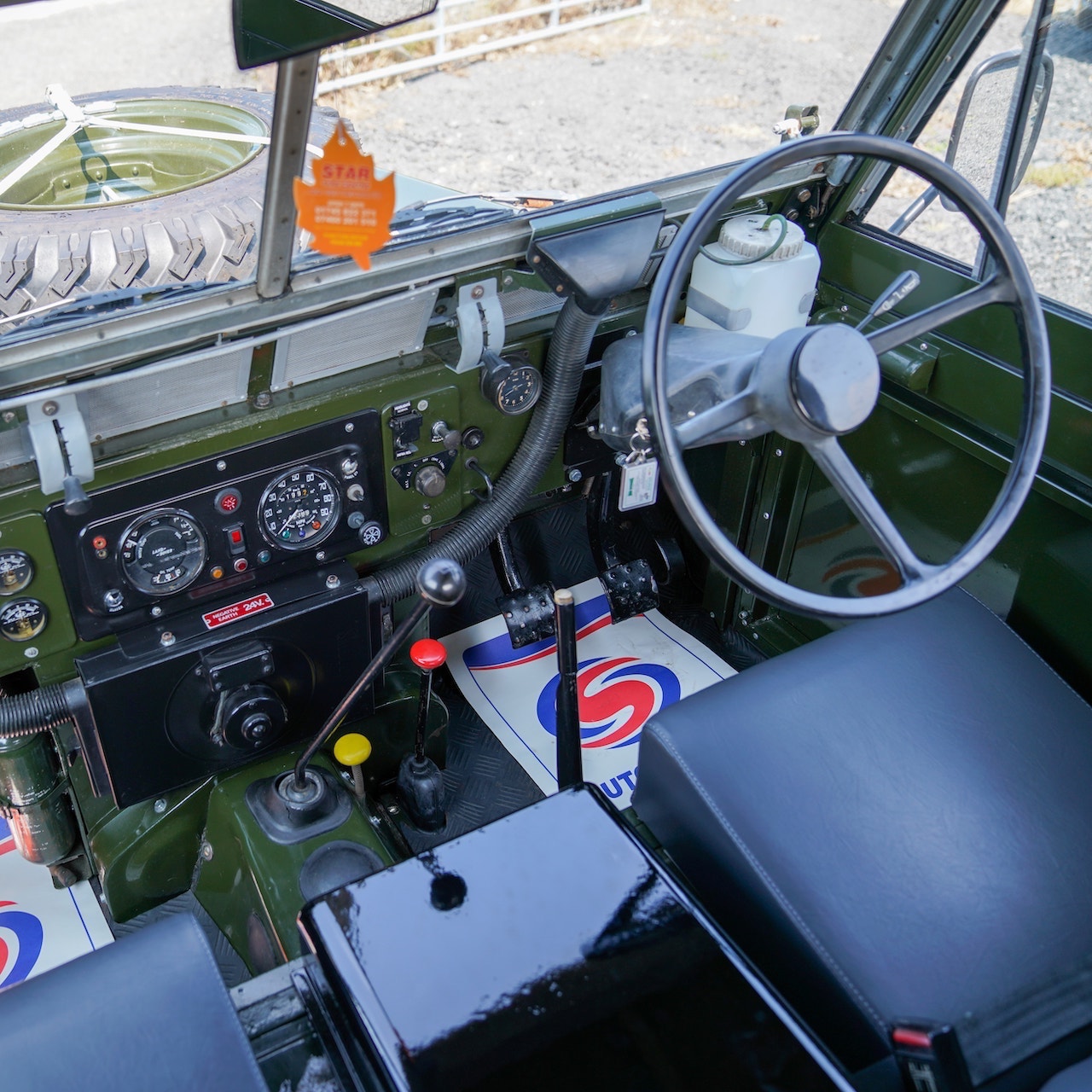 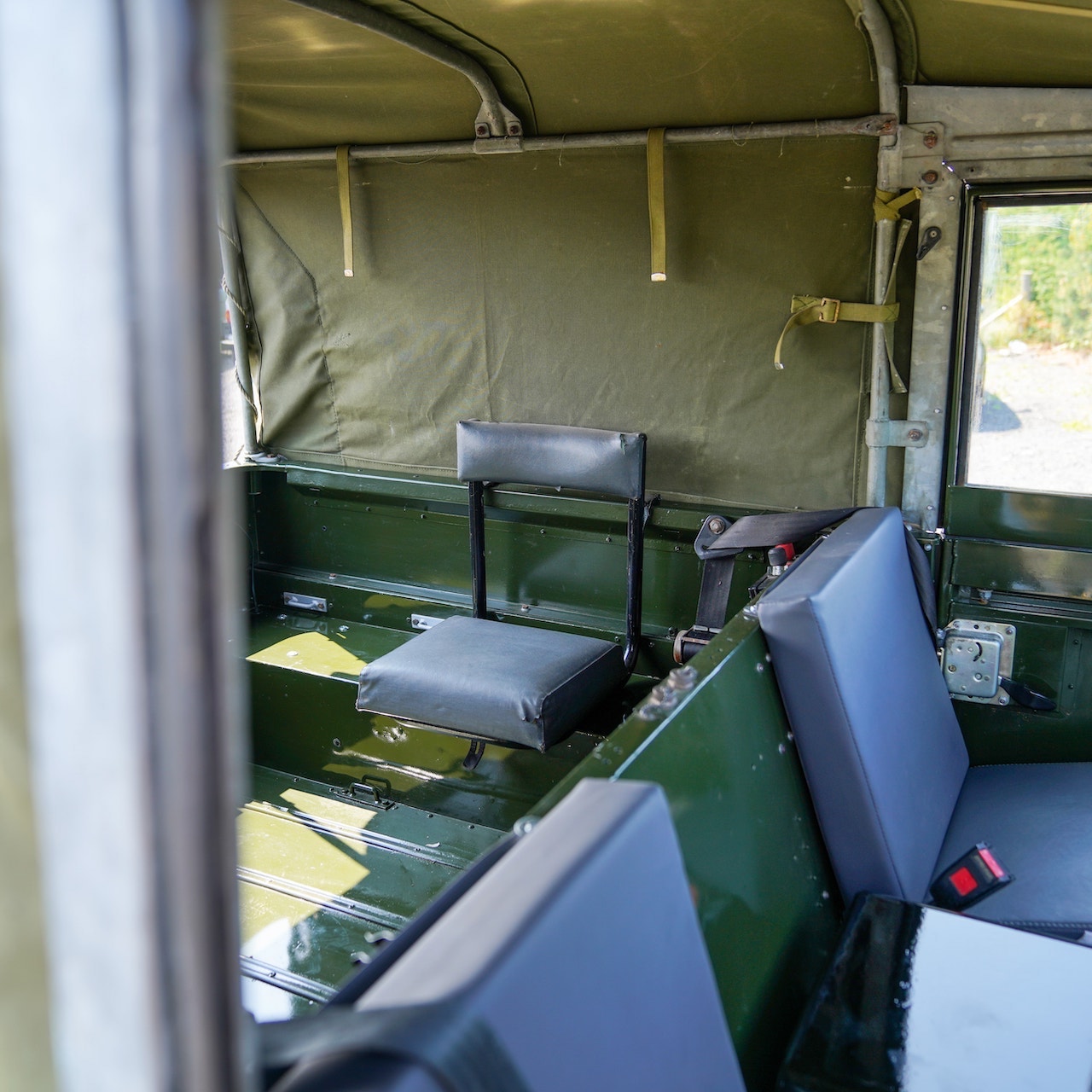 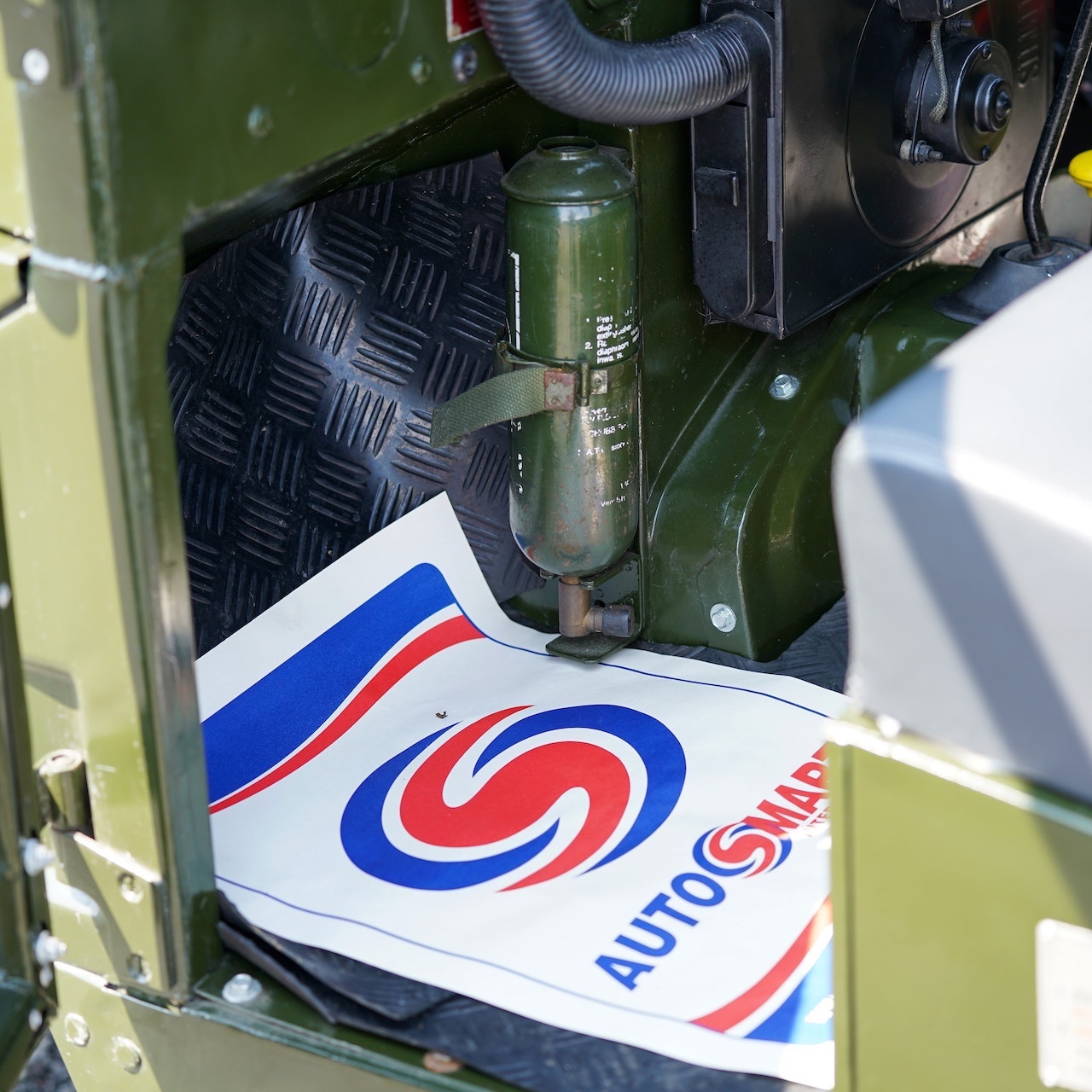 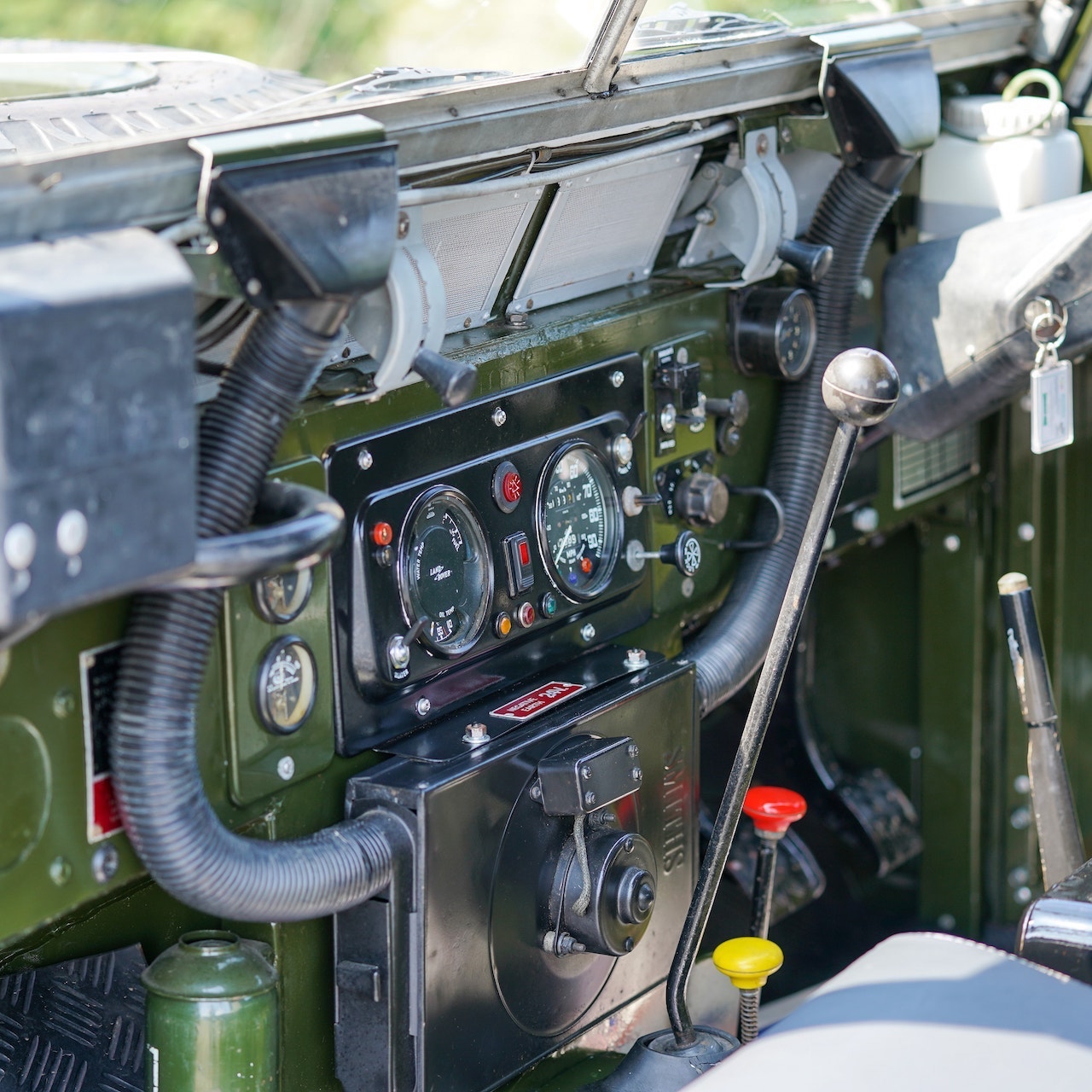 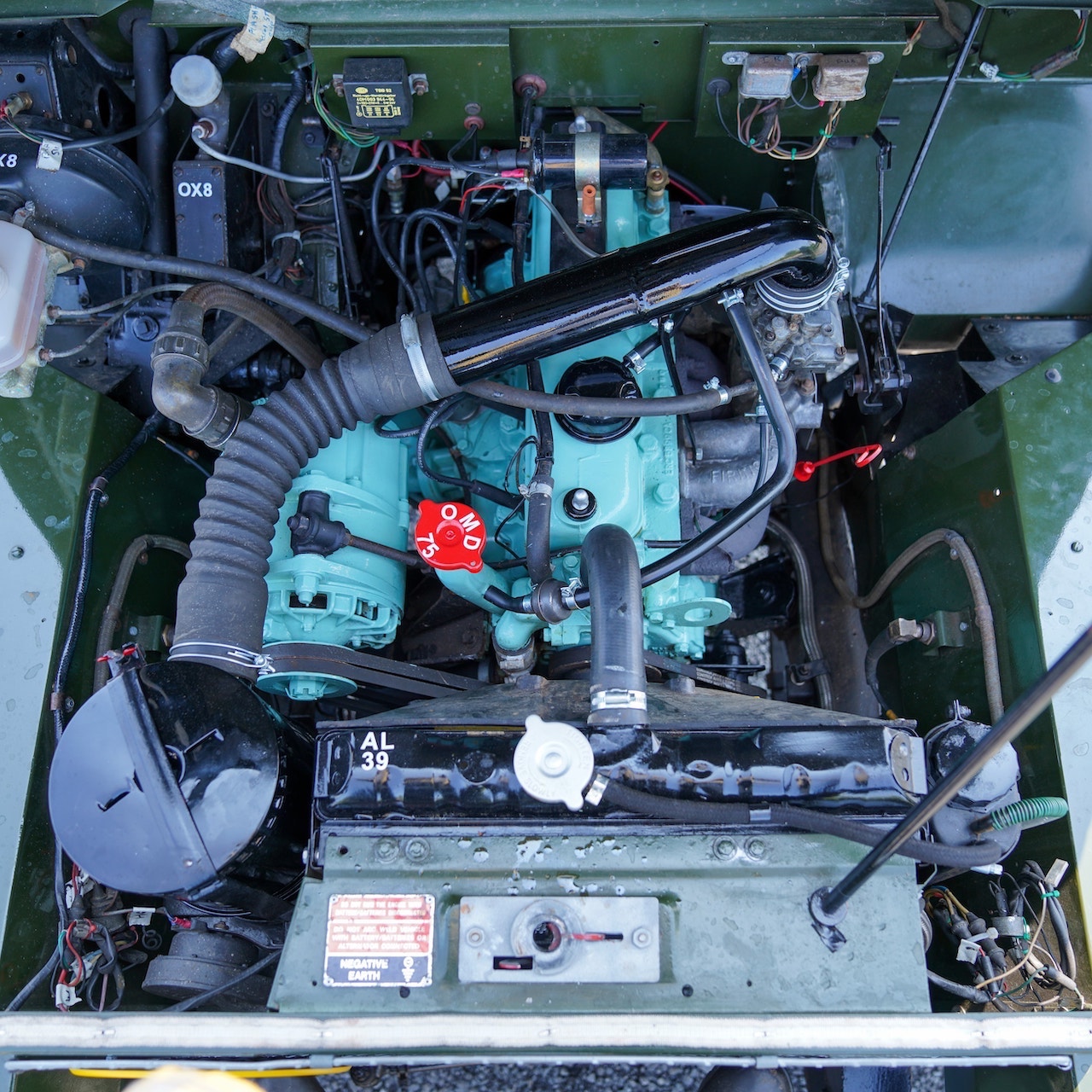 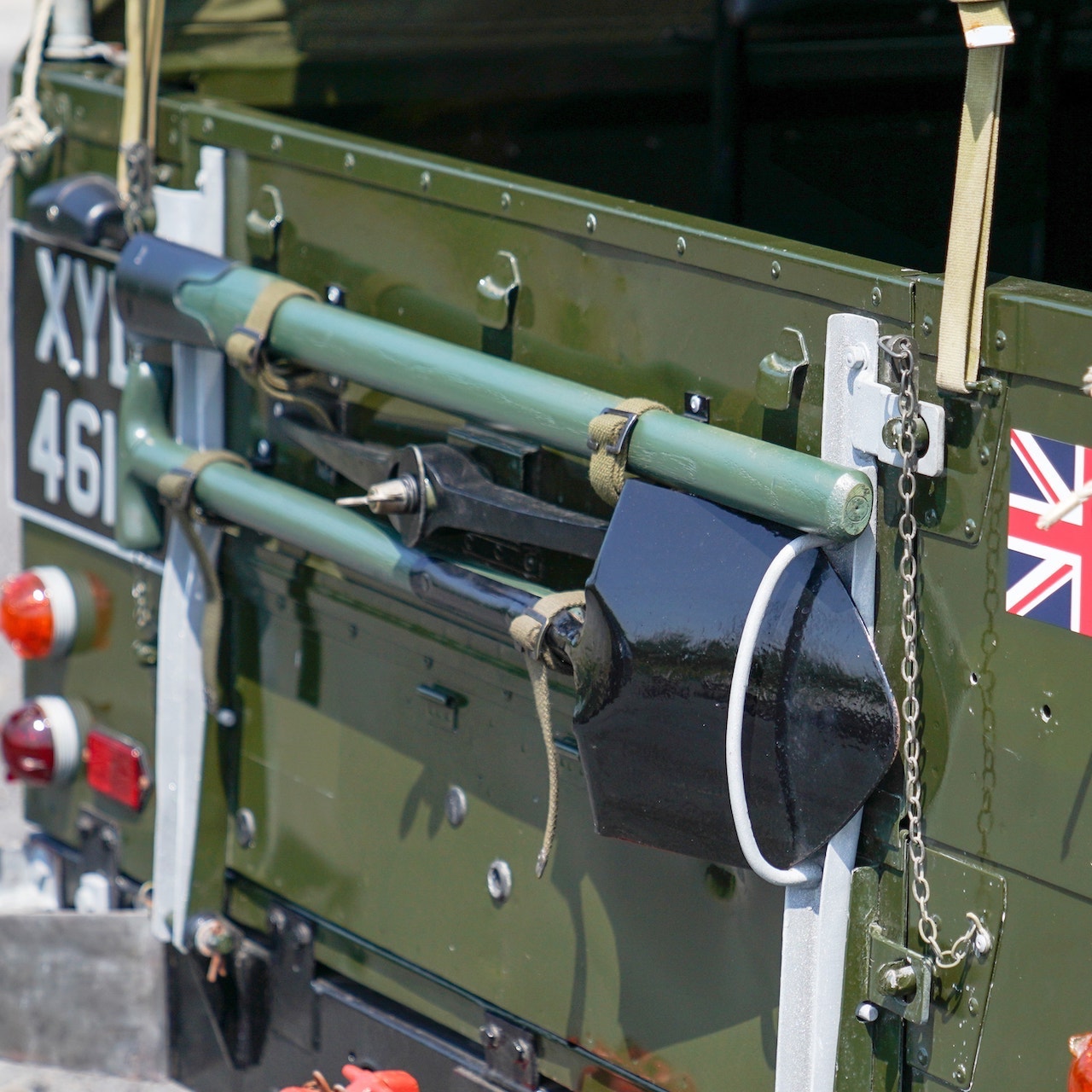 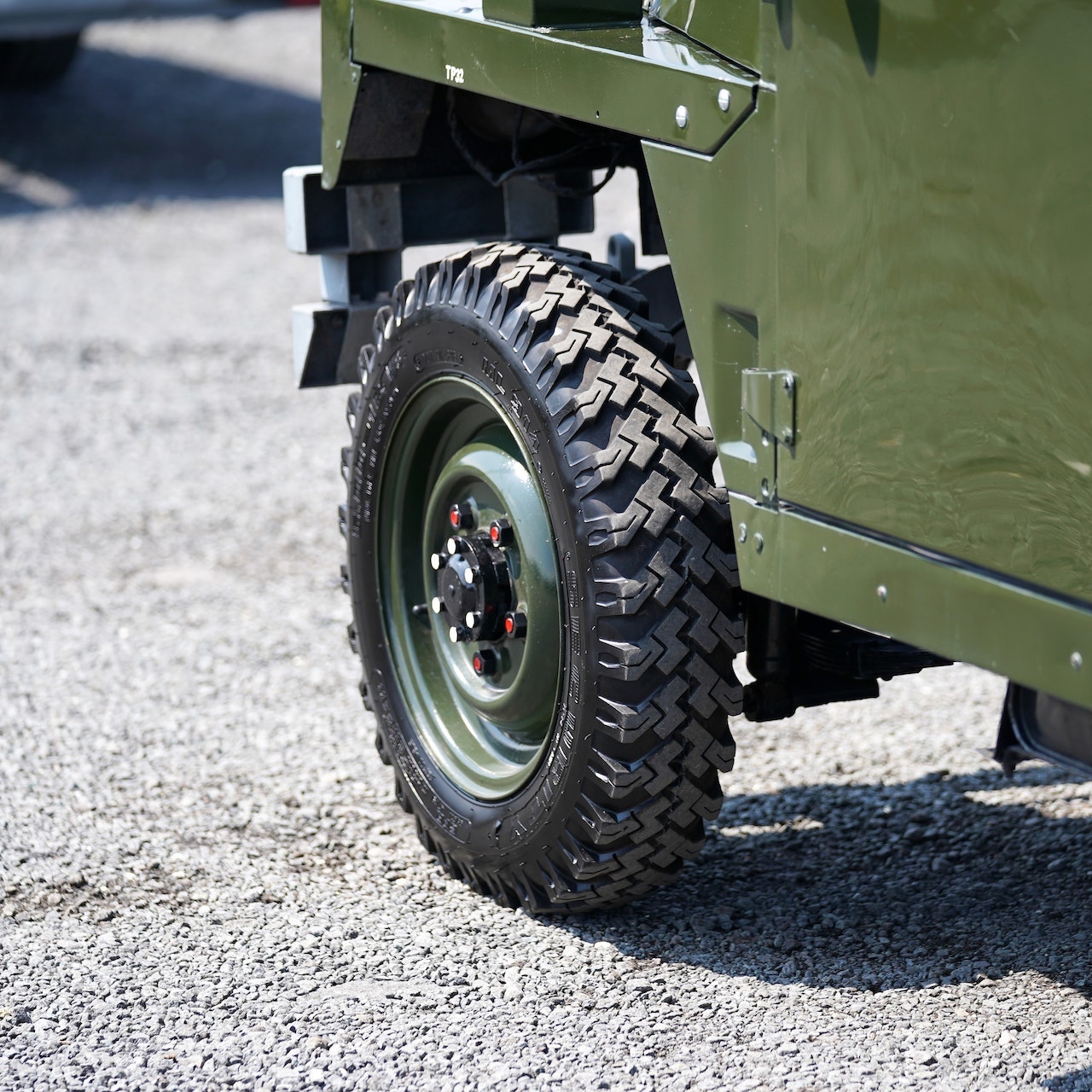 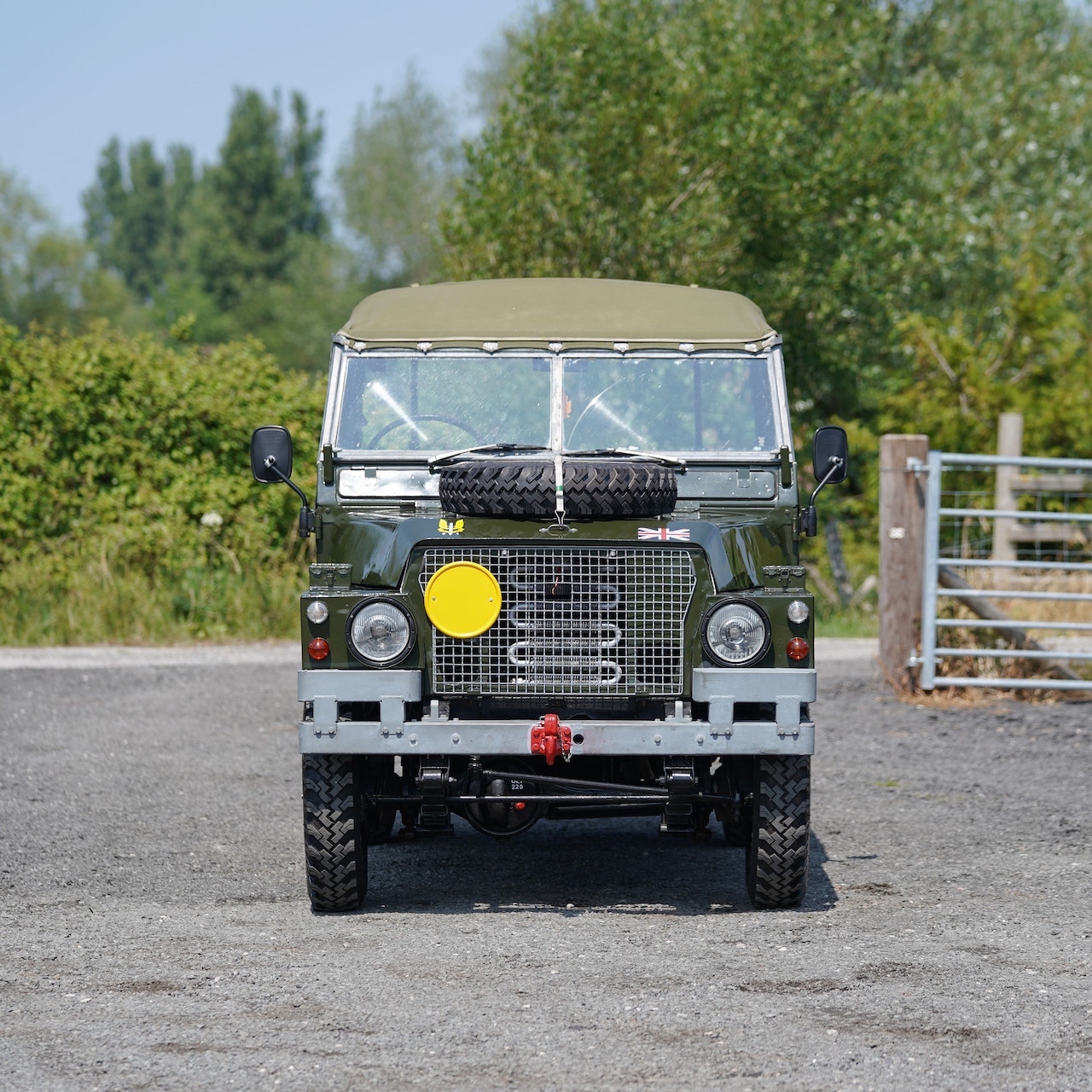 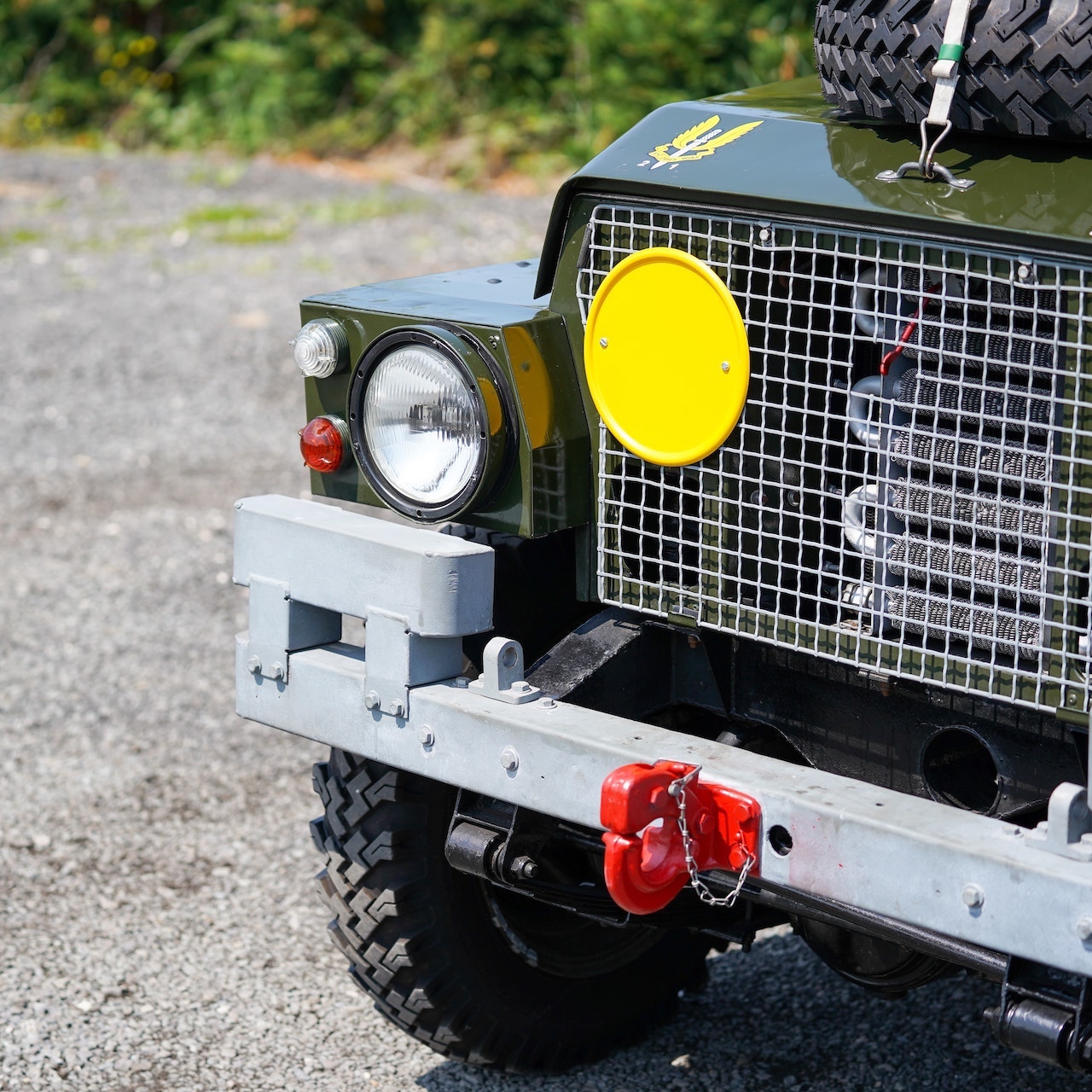 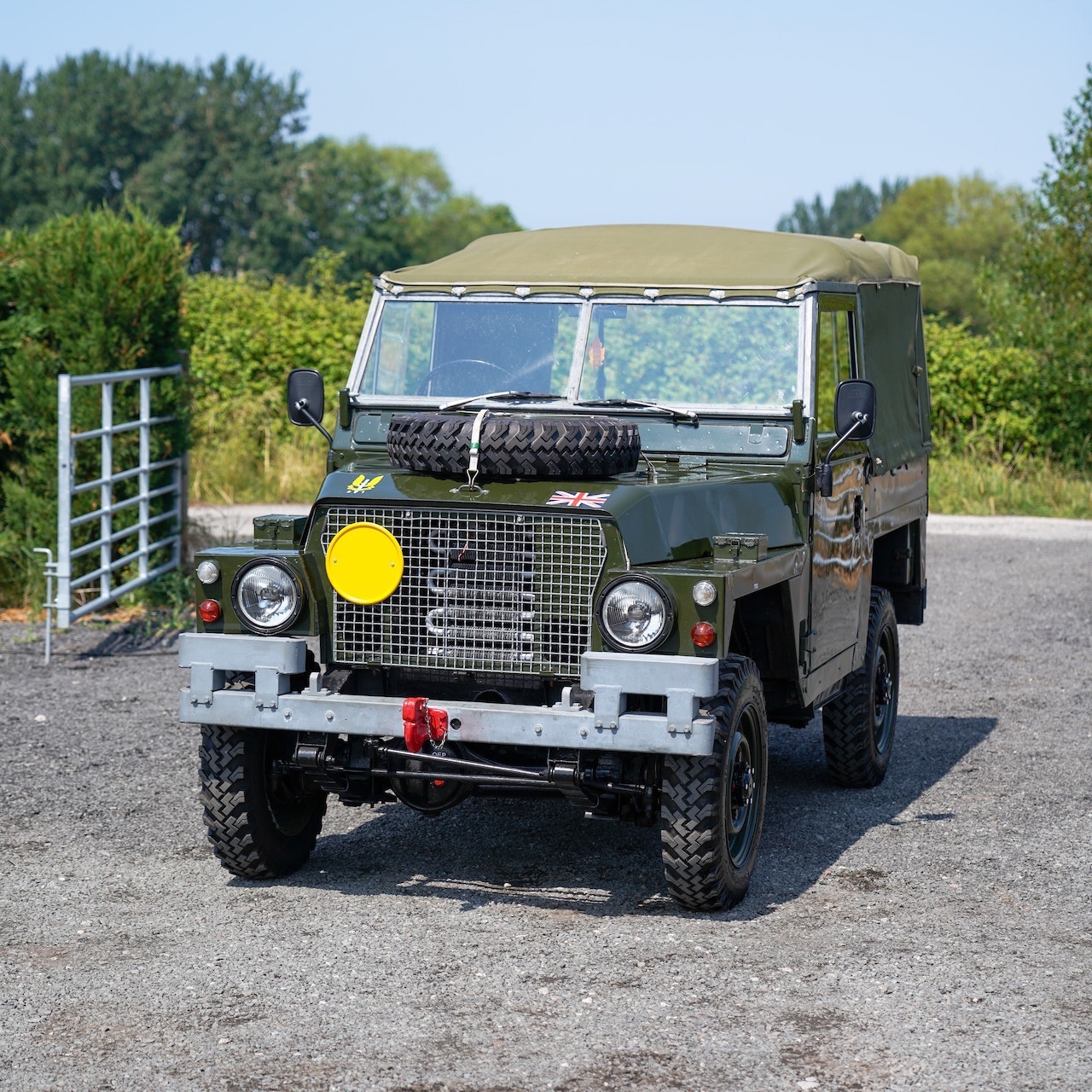 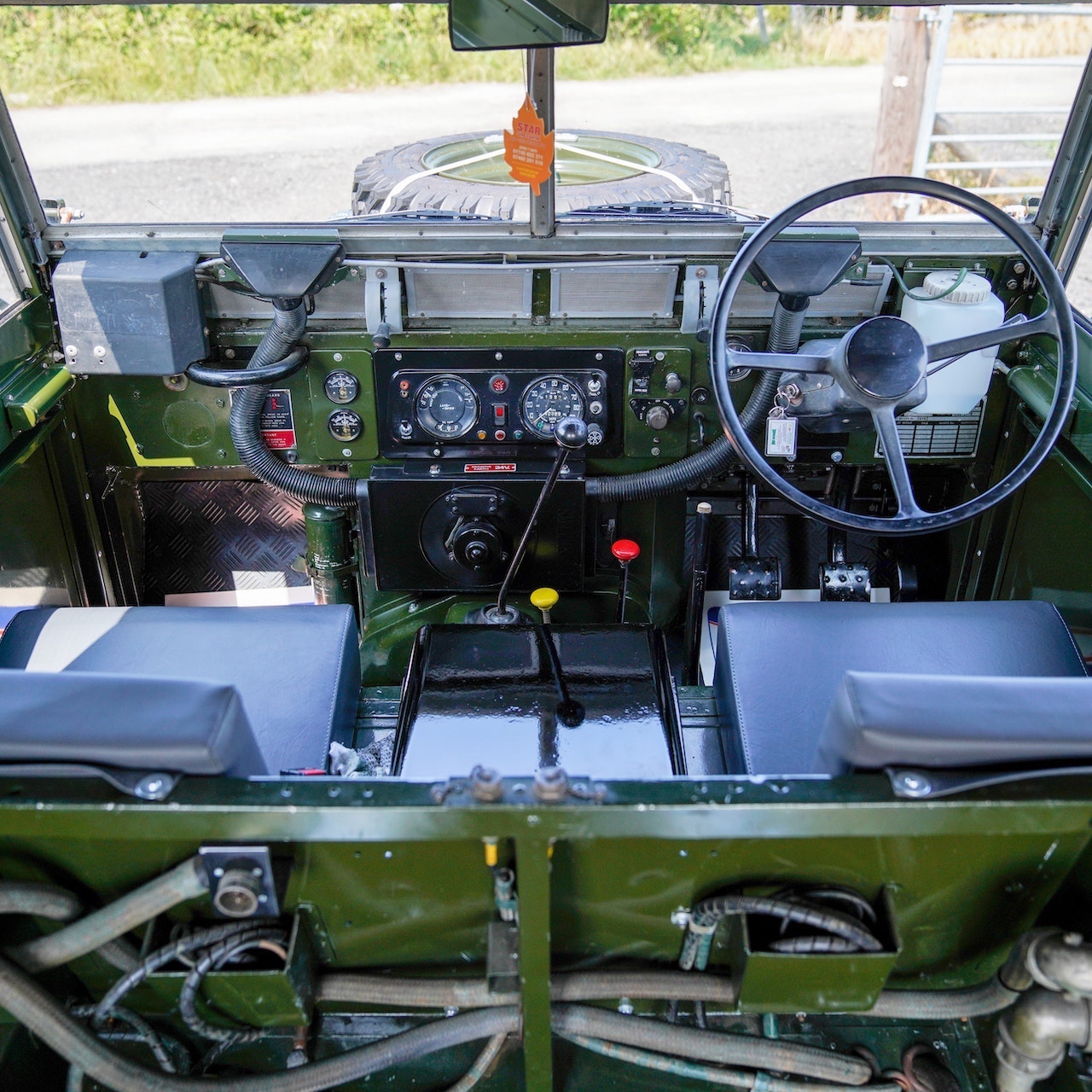 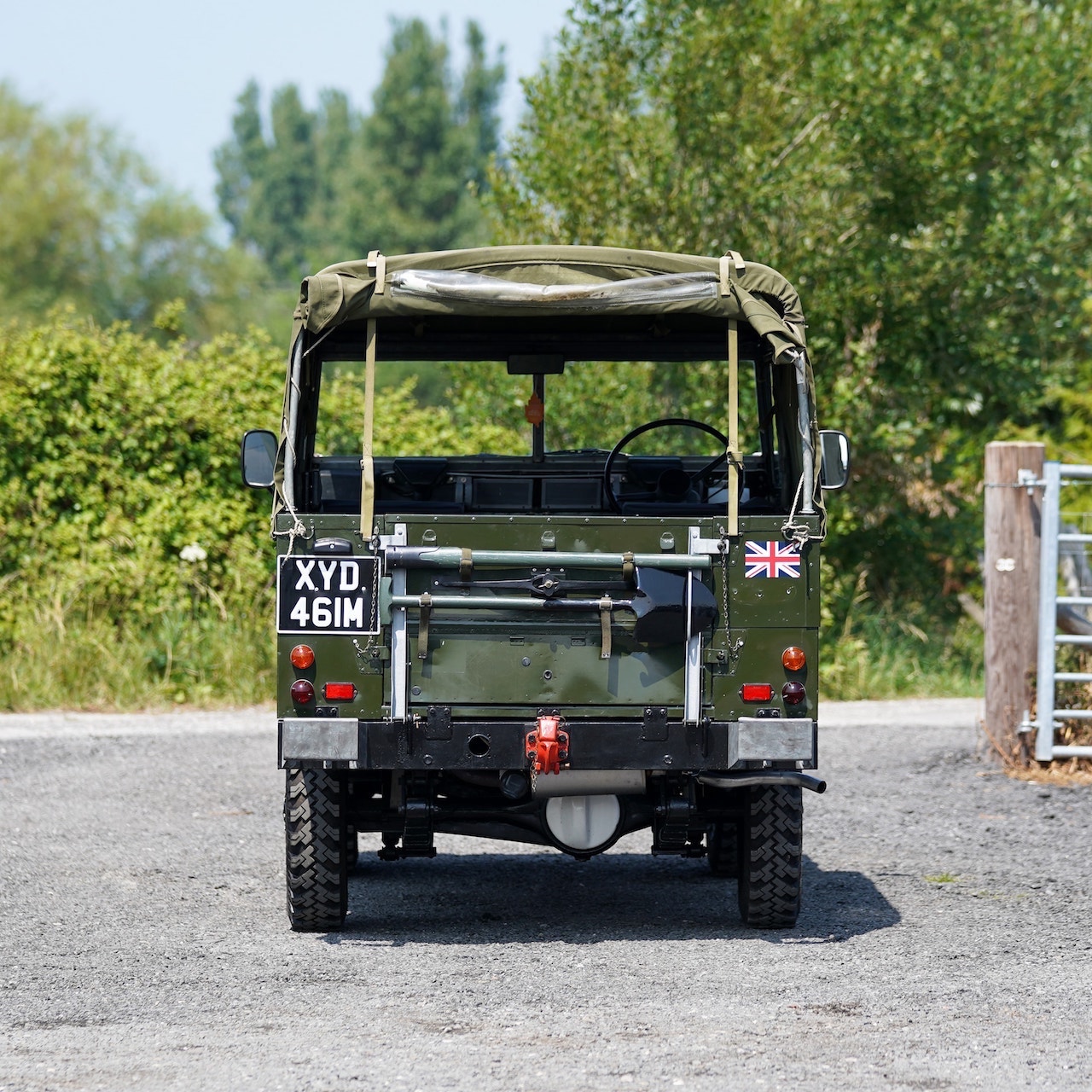 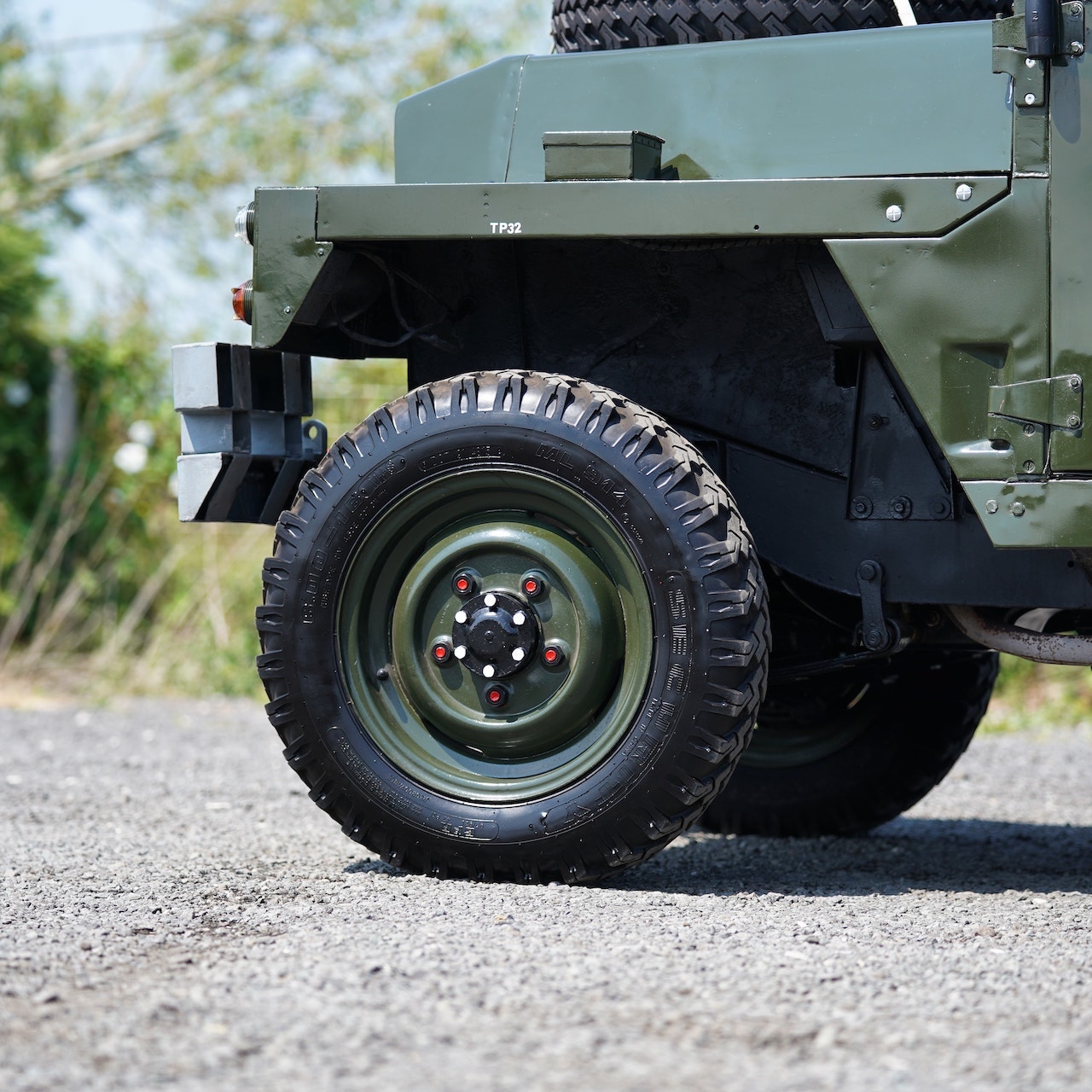 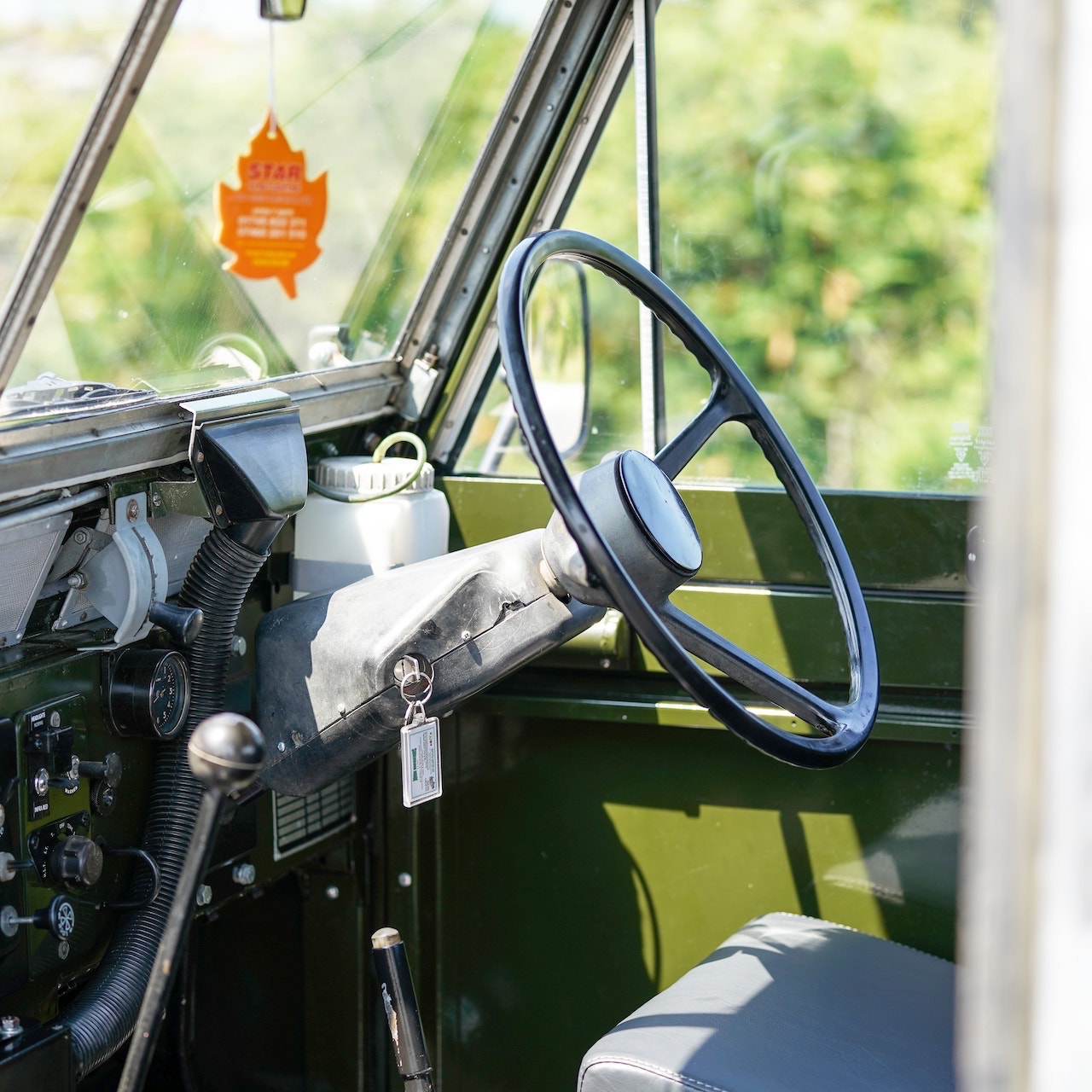 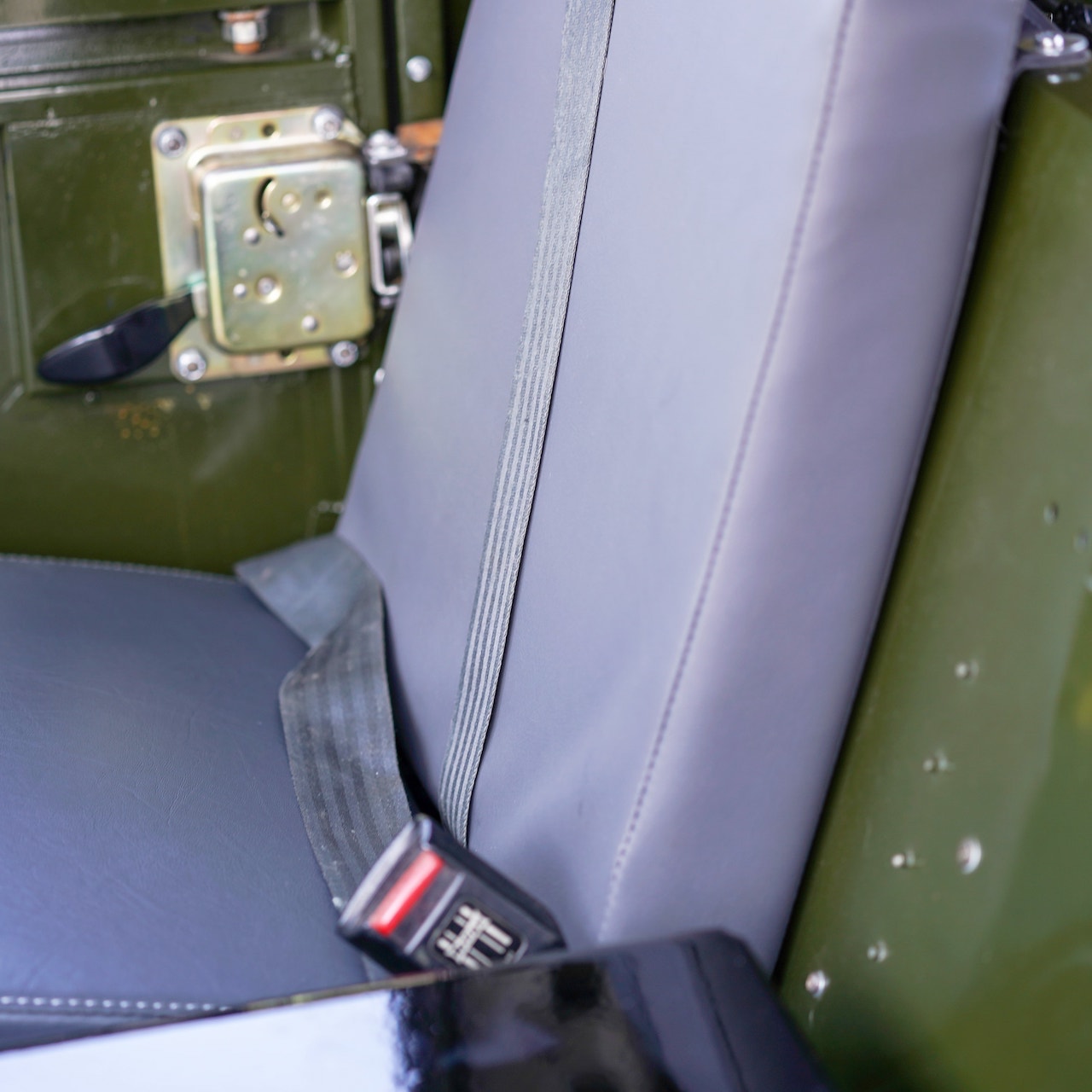 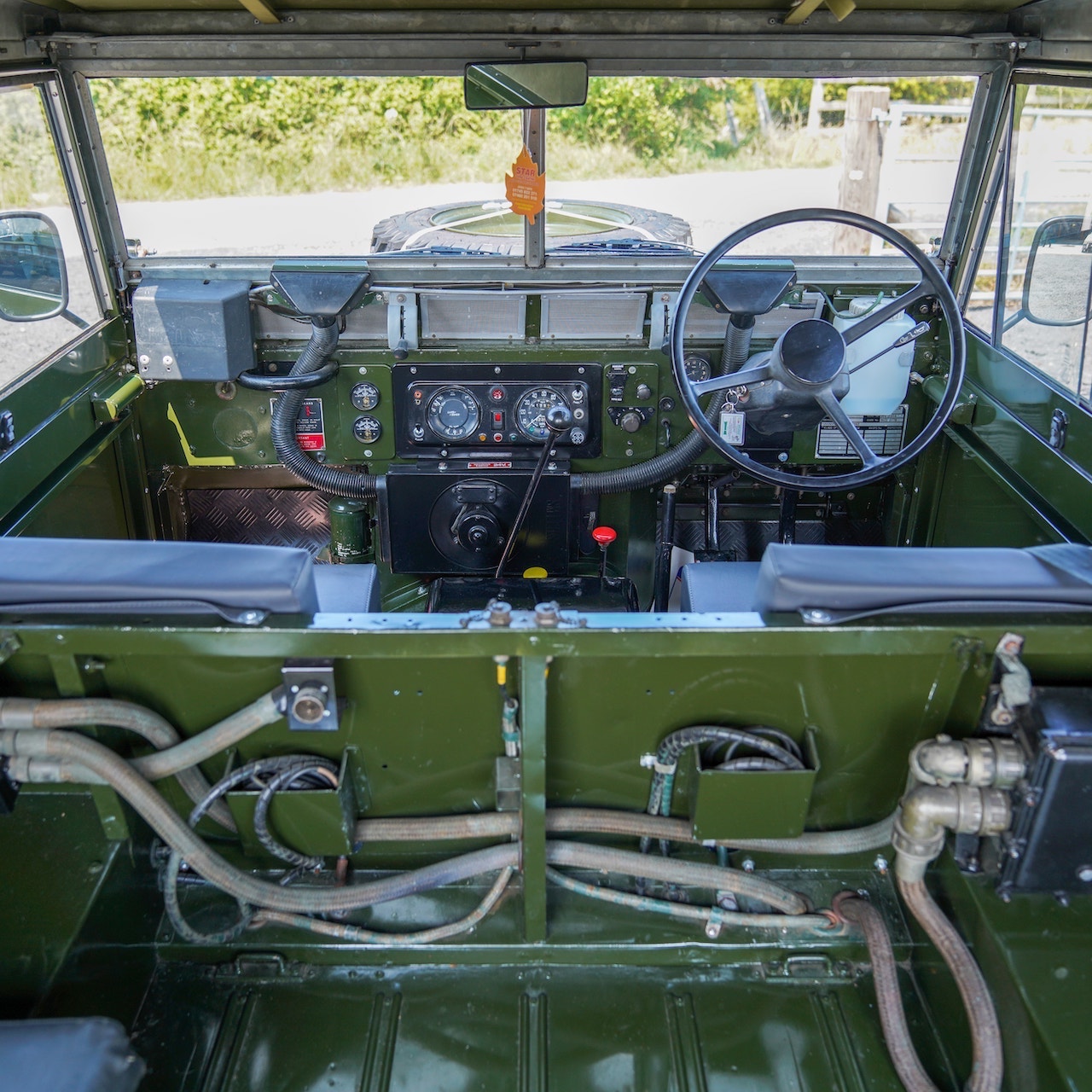 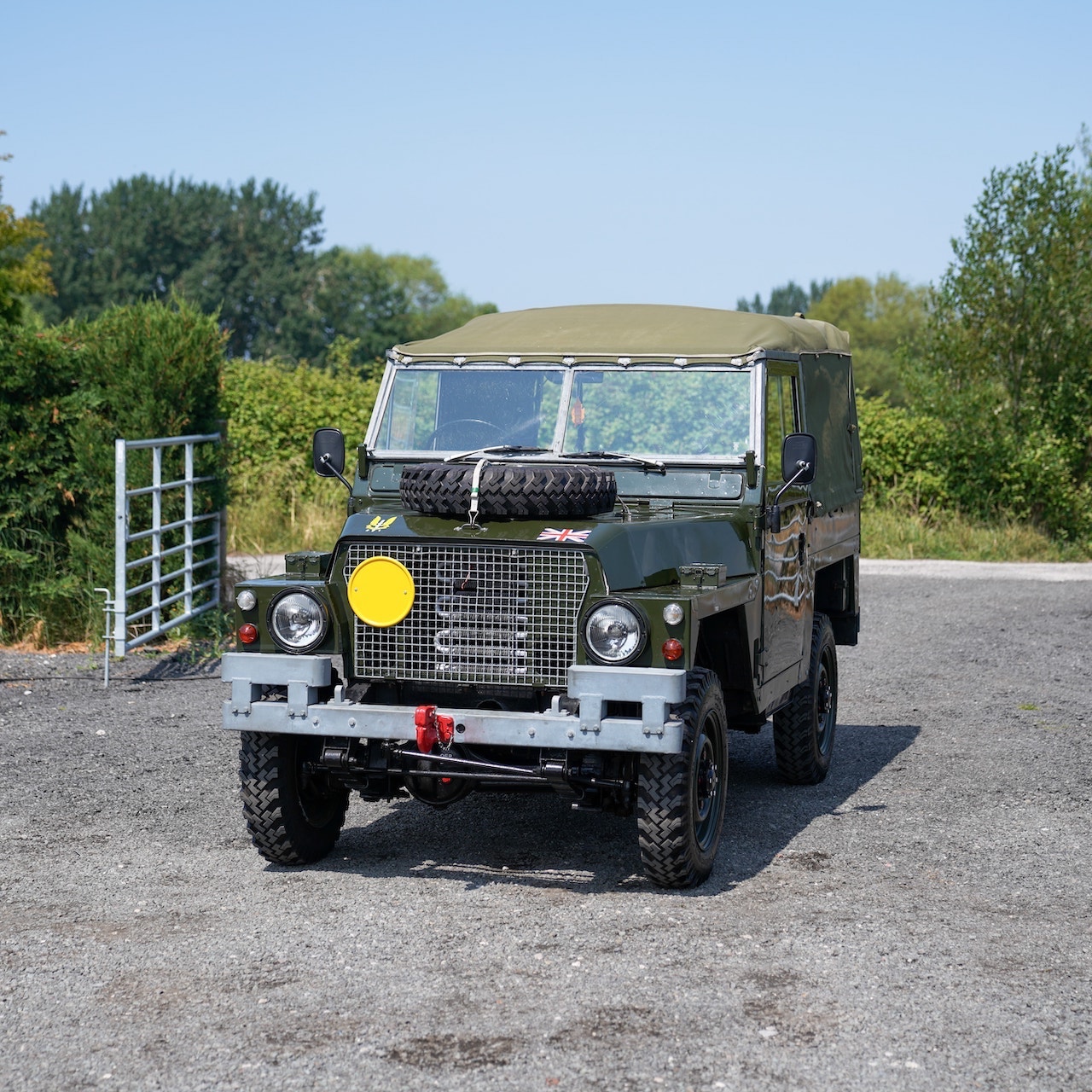 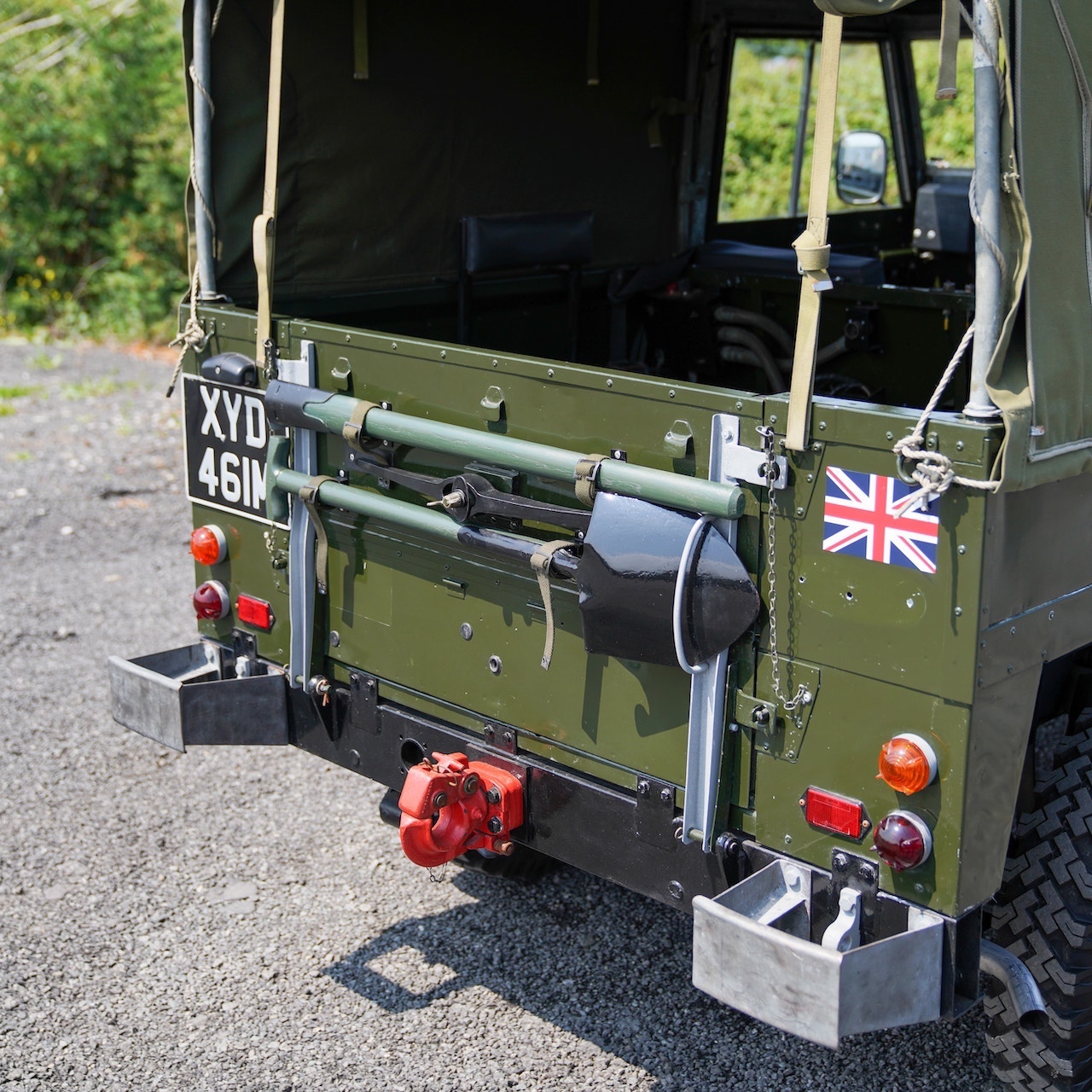 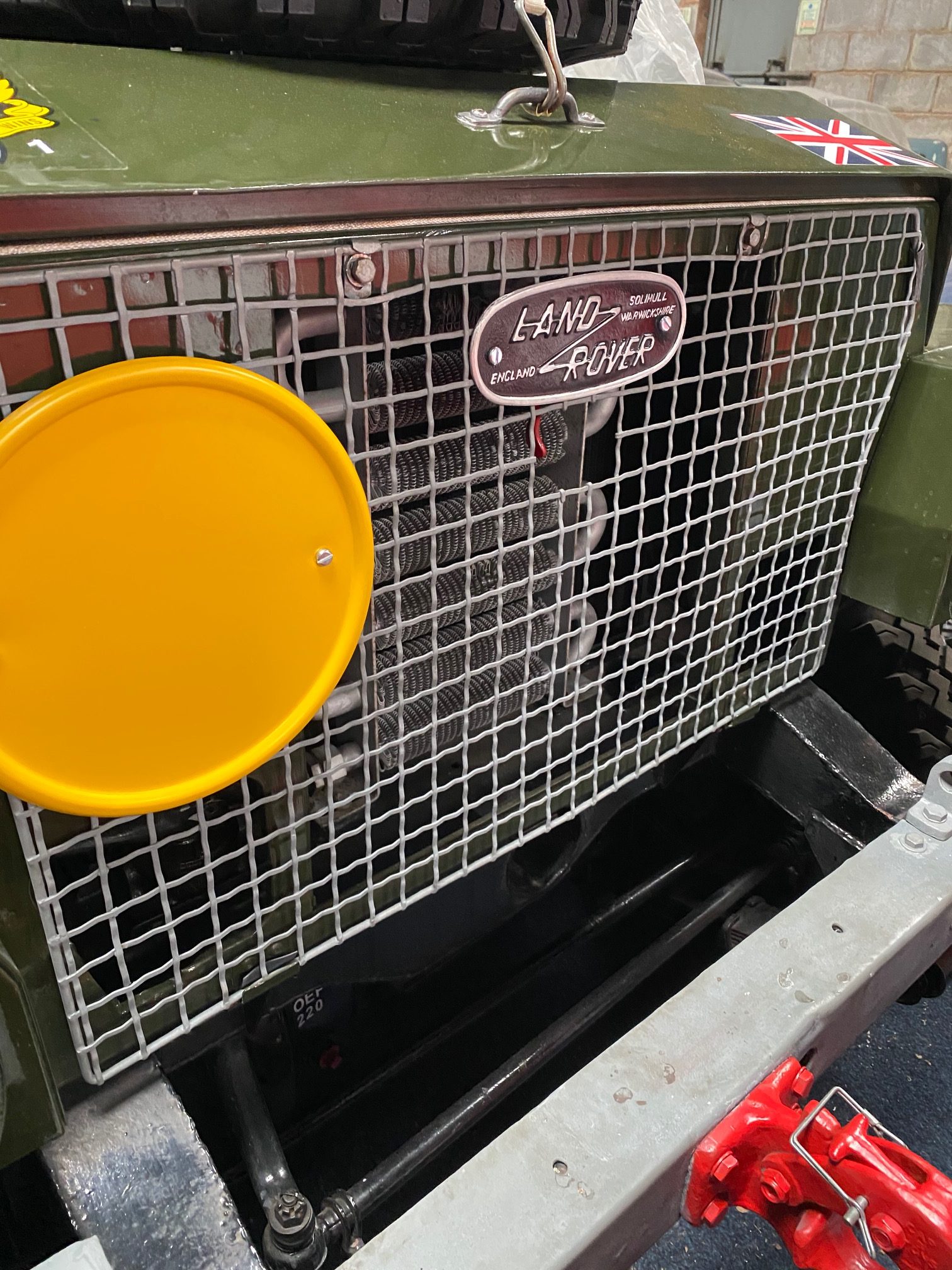 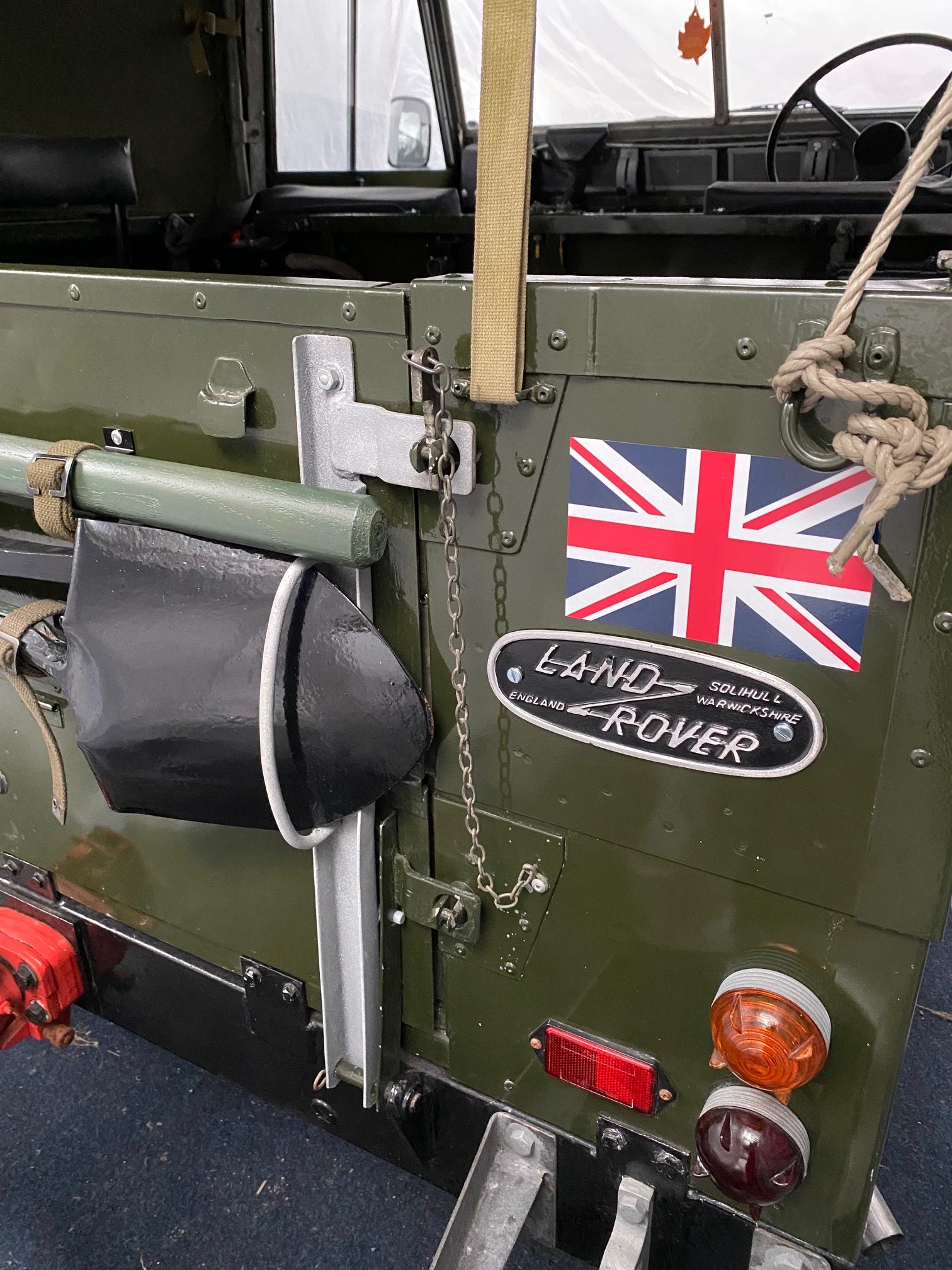 A rare opportunity to acquire an exceptional example of a very desirable Land Rover Series 3 Lightweight.

Only 3 previous owners. First registered for road use 17th September 1997, when it was demobbed. First use 1974.

This lightweight (military reg 31 GB 45) underwent a full ground up restoration 5 years ago with nominal use since, it’s in lovely condition, it runs and drives just as it should, I’ll let the pictures speak for themselves to a large extent, study them closely and feel free to ask any questions, this really is a superb vehicle which is ready to drive.

It currently shows just 42385 miles, everything works as it should and she’s ready to go.

31 GB 45 has a interesting military history which reads as follows:

It is likely that the vehicle formed part of the HQ / A Sqn pool of vehicles, or was issued for a specific task / exercise. A number of high-profile acts of terrorism occurred in 1975 in and around the capital and the vehicle may have been issued to 21 in response to a perceived activation of the unit.

Following that, it seems to have been on issue to a succession of units performing Public Duties, i.e. public guard and ceremonial for Royal premises in central London, at Hounslow for Windsor and Wellington / Chelsea for Buckingham Palace and other locations.

The two entries in capitals are from Merlin, the units needed to be 'translated' into the correct titles for the dates mentioned. It is likely that the vehicle stayed at Hounslow between 1992 and some point in 1995. 1 RGJ went to Cyprus during 1995 and to Bosnia in Aug-Dec 1996 and it is likely that it stayed at Bulford during this time, and possibly until it was finally CAST.

We have lots of pictures and documentation from the ground up rebuild.

The body is overall in great shape and all the panels are remarkably straight considering it is an ex military vehicle. New door tops have just been fitted so there is no concern over rotten window runners.

The rear tub unlike most Land Rovers is remarkably straight in the back and doesn't show any signs of hard use and is fitted with a operators chair. Matching bench seats can be fitted should the buyer wish.

The bulkhead is exceptionally solid and even has it's original pressed footwells which are both in remarkable condition and require no attention.

The chassis is in great condition and requires no outriggers the twin fuel tanks are both still in place. Both are in good condition and the change over valve works as it should and the fuel gauge reads both tanks.

This vehicle has always had a spare wheel fitted on the bonnet it is in good condition and secured correctly with the straps. The tyres are all matching and all have very good tread with some recently being replaced.

It has a complete set of new front seats.

The engine bay has been left completely standard, including the original engine, 24 volt system the engine runs very well. It is the 3 bearing crank engine. It really does drive with plenty of power and will happily sit at 60mph without any problem.

During the restoration work whilst the engine was rebuilt it has been repainted in the correct military colour.

The engine busts into life on the turn of the key. It always starts first time and is a great runner. The vehicle really does pull very well and is a joy to drive. The is no play in the drivetrain and it drives very well.

The vehicle will be supplied with a 12 month MOT with no advisories.

The gears change up and down as they should the main box and transfer box both function correctly.

This is a fantastic example of a Series 3 lightweight and there aren't many around in such original and great condition. All the numbers match - the chassis numbers on the plates are the same as on the log book registration document and that stamped on the chassis itself. The vehicle is tax and mot exempt.

This is one of the best value for money Lightweights available. This Land Rover has obviously been cared for and cherished by its previous owners. It is a fantastic example that requires no work and is ready to use and enjoy.


Any questions please do not hesitate to contact us to discuss the vehicle.