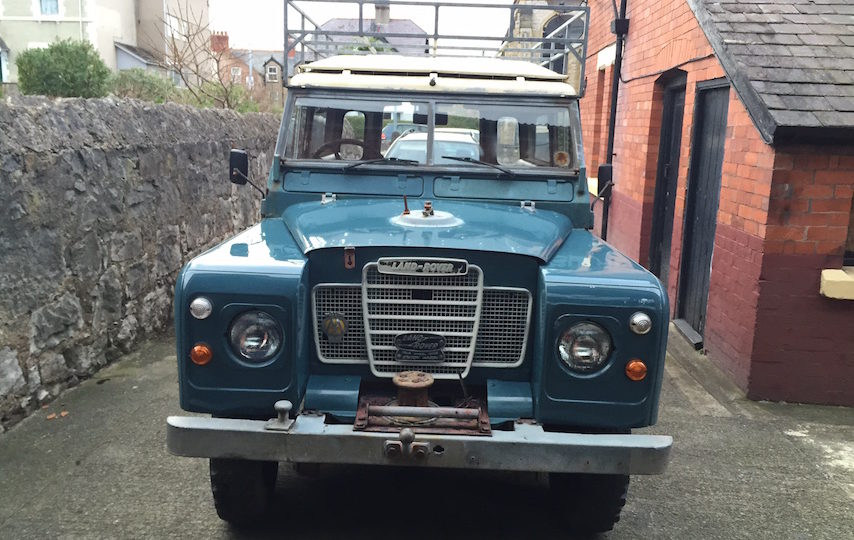 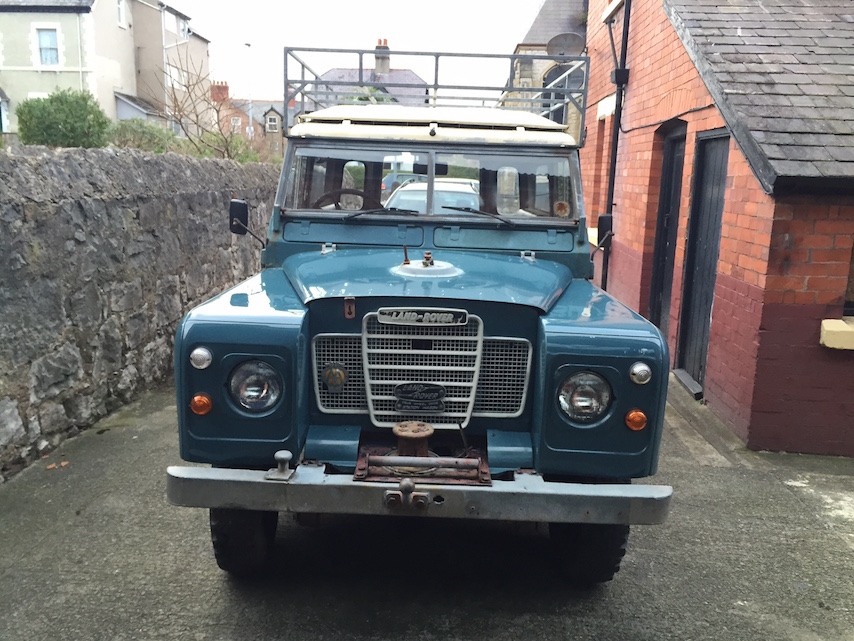 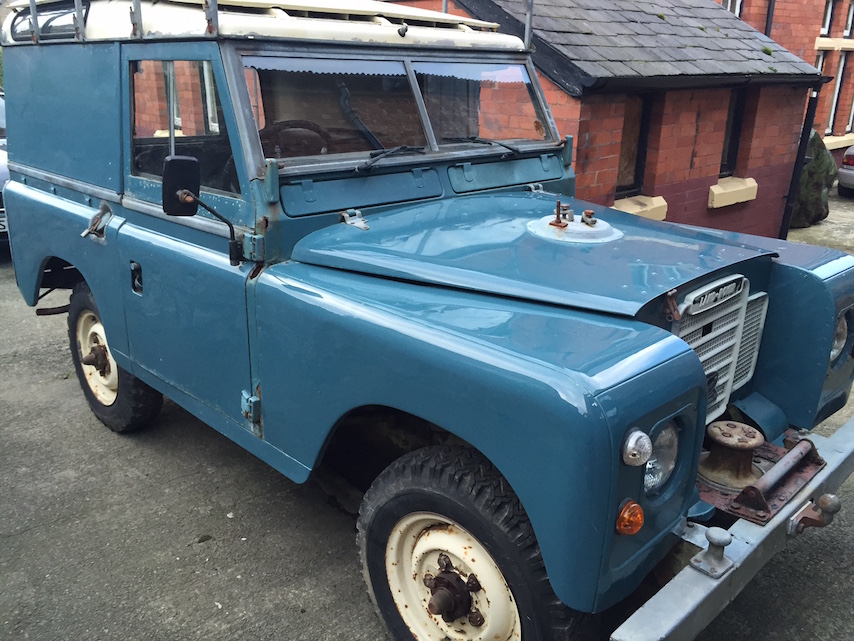 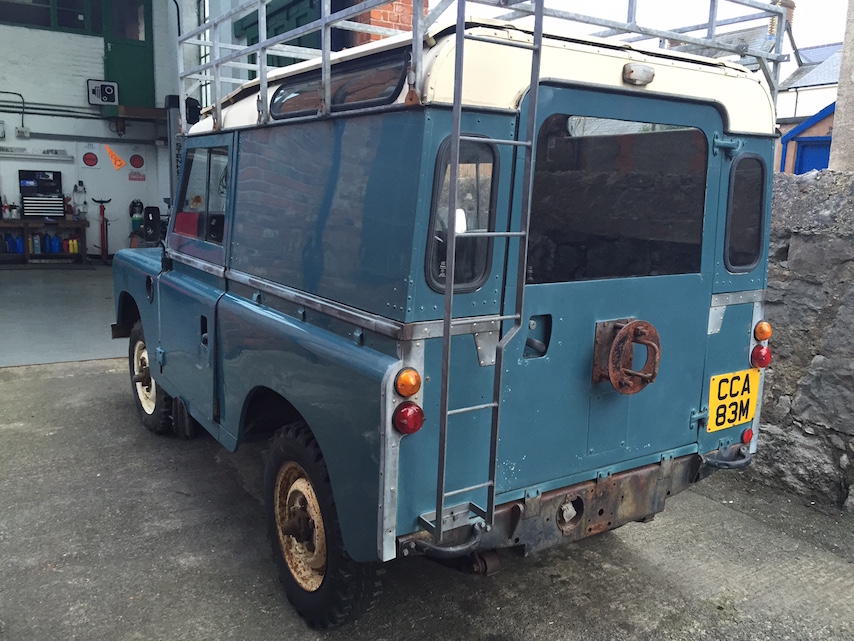 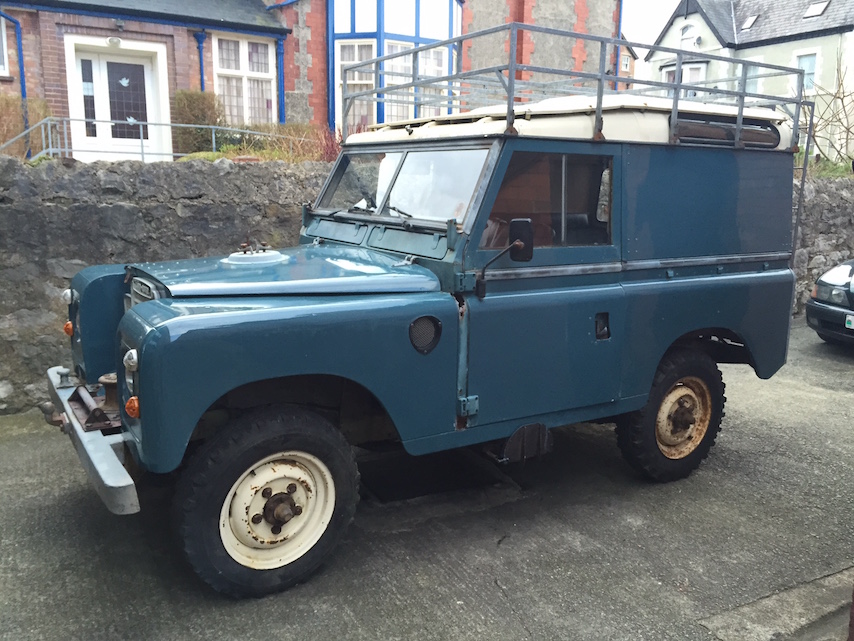 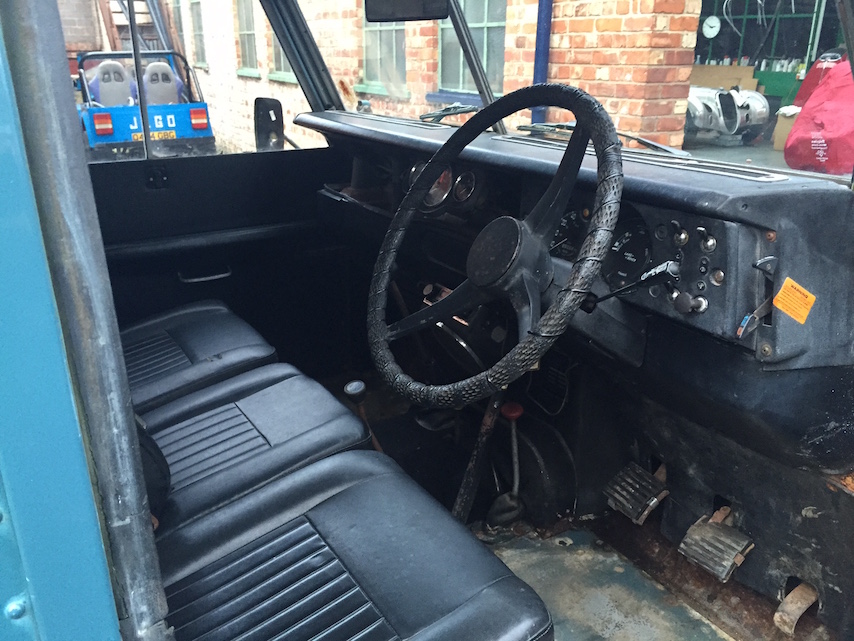 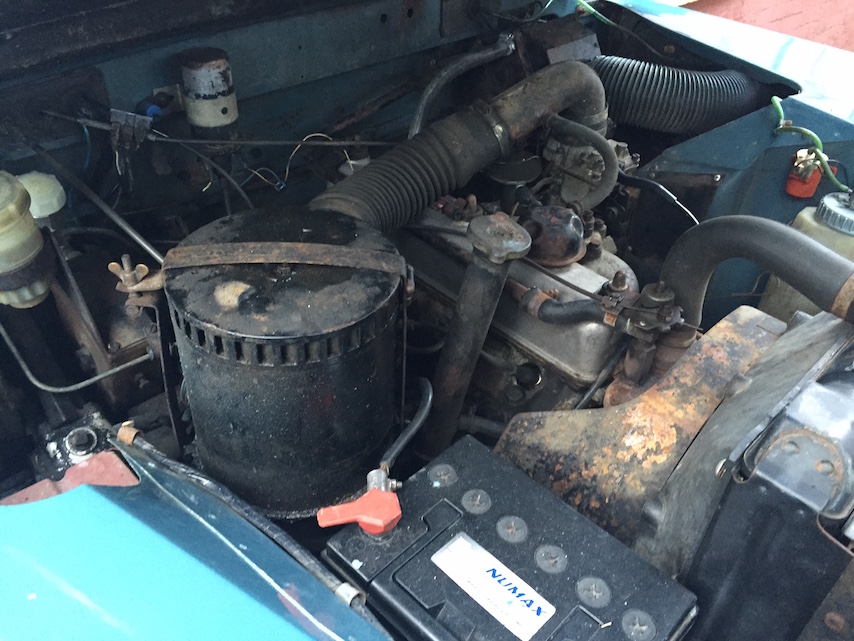 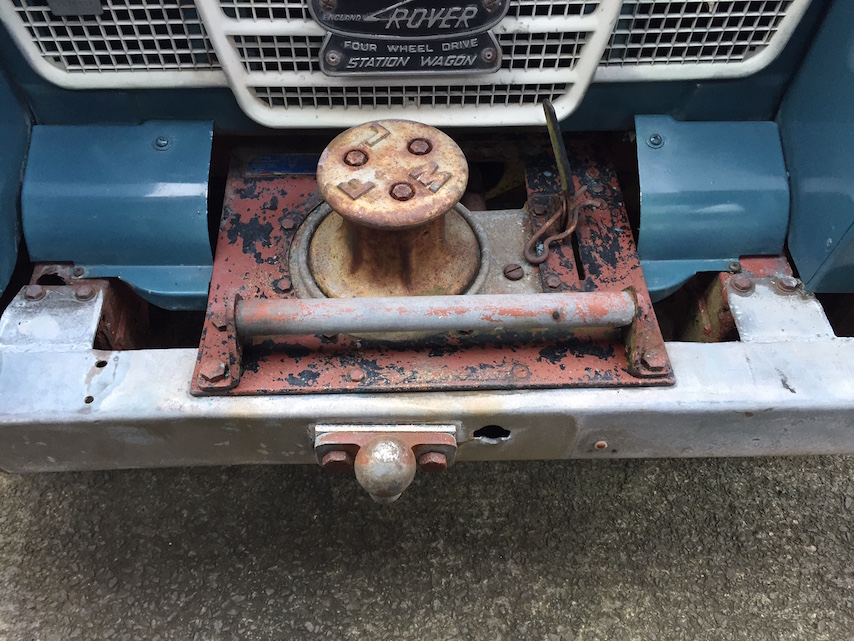 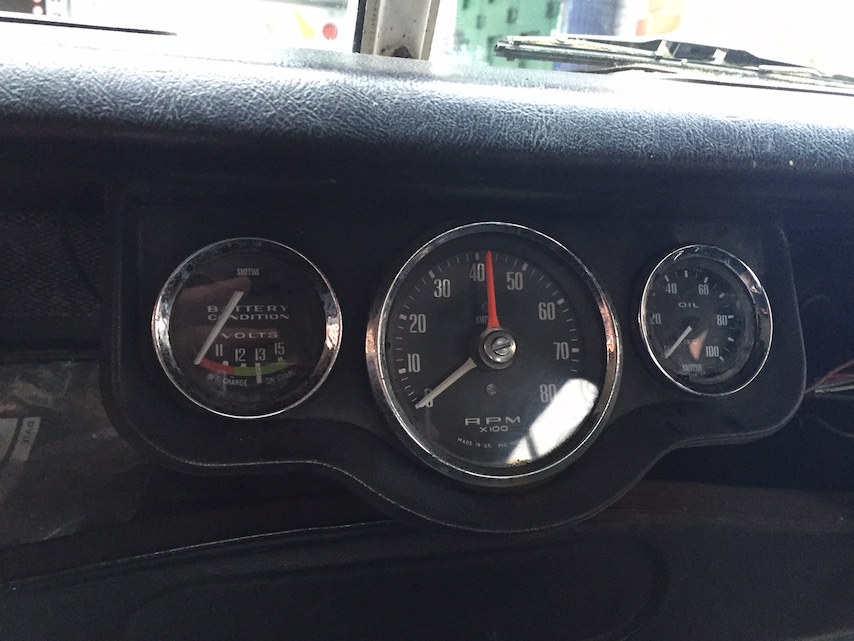 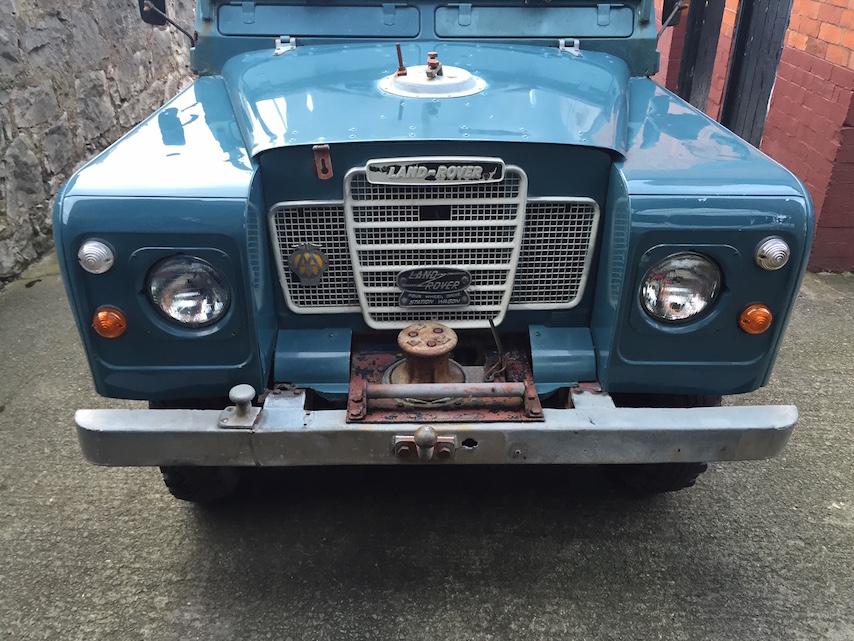 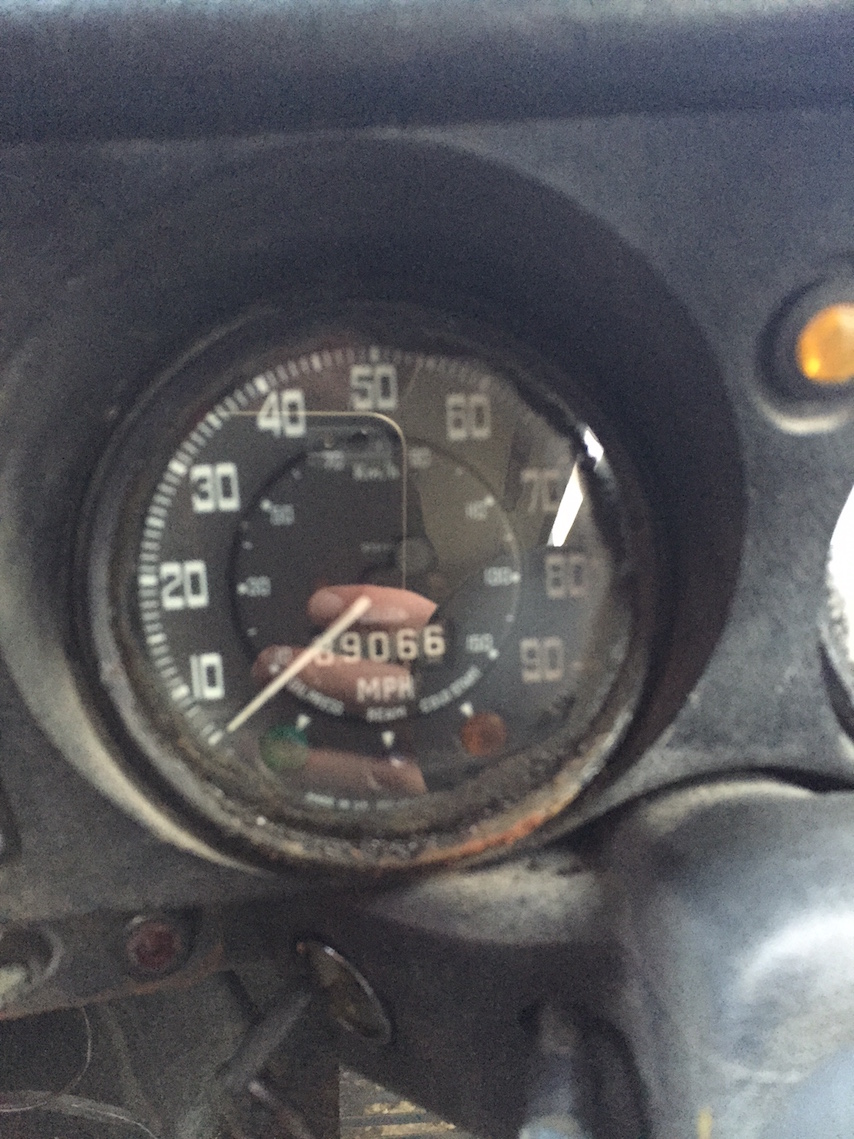 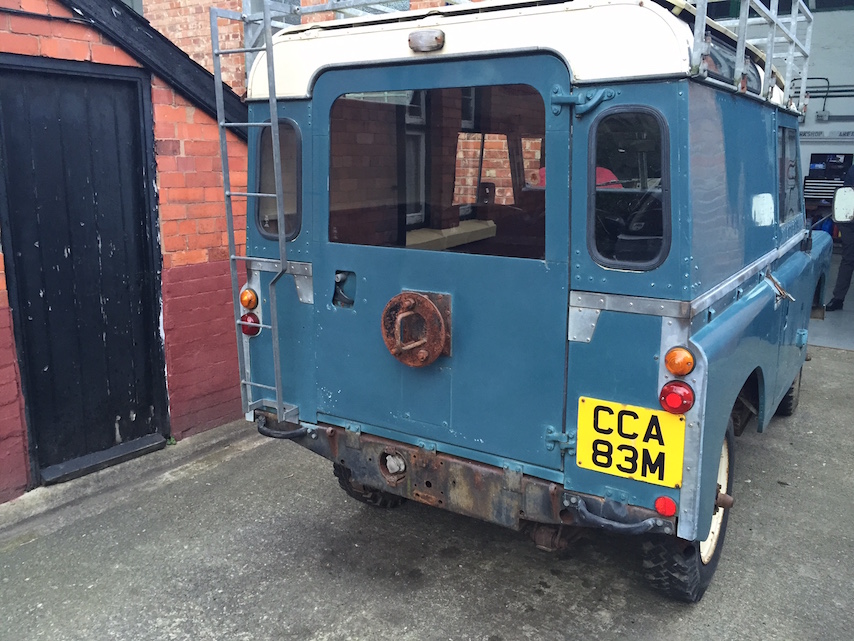 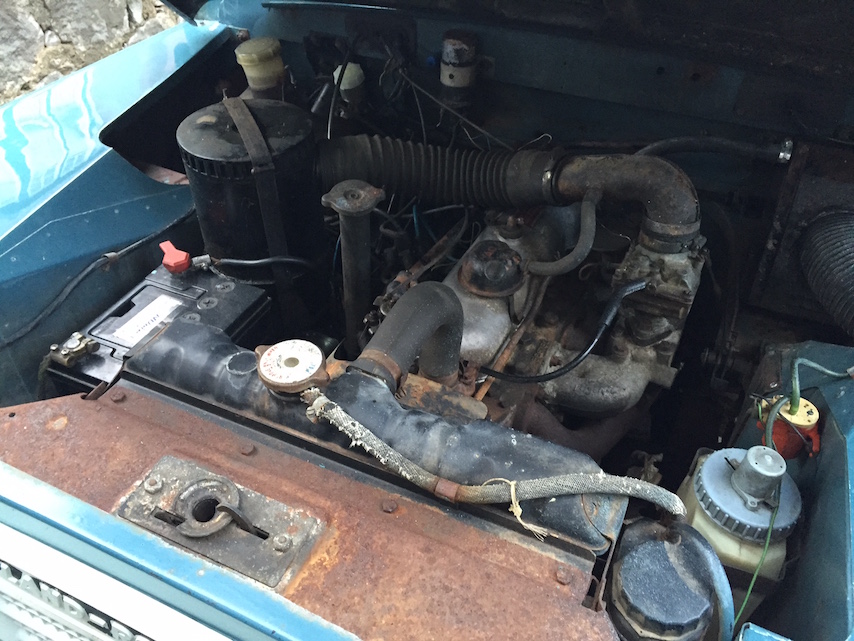 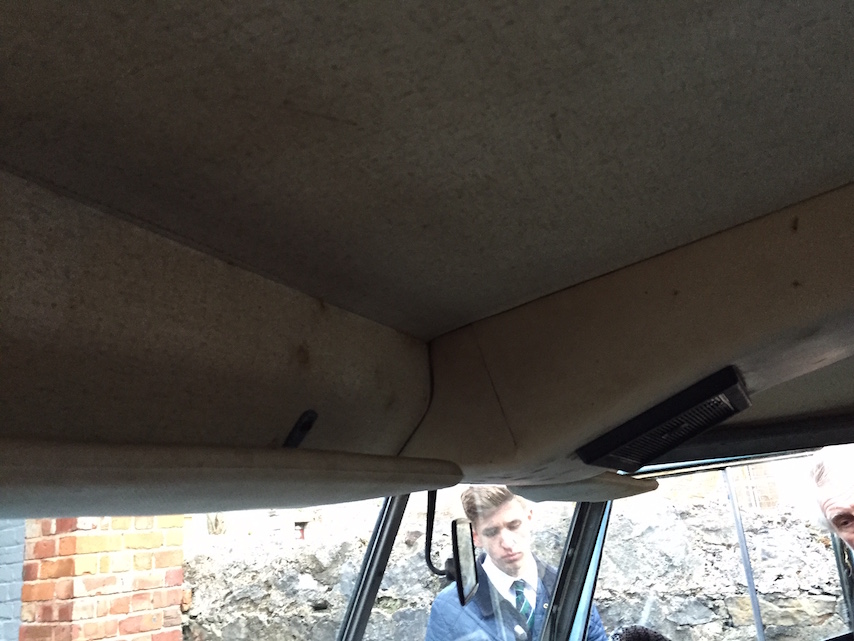 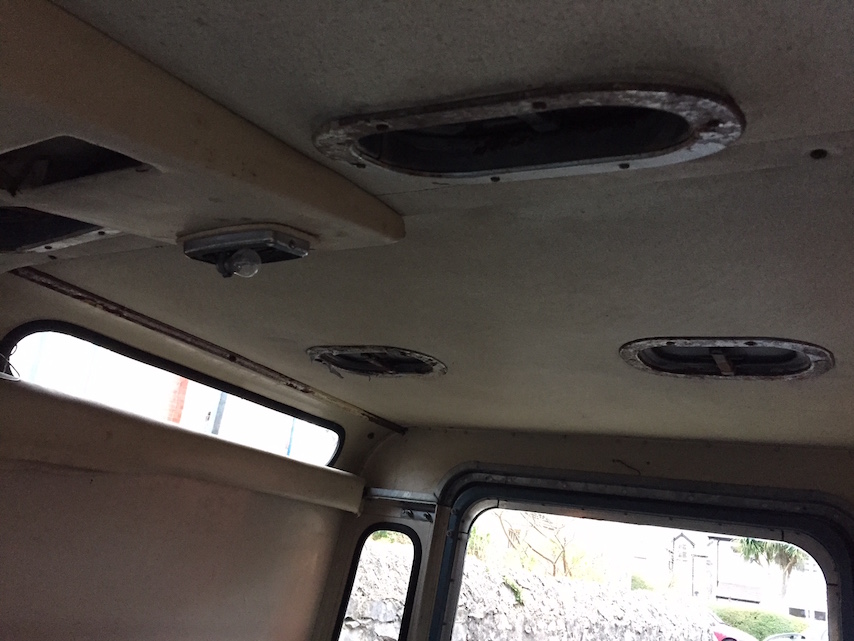 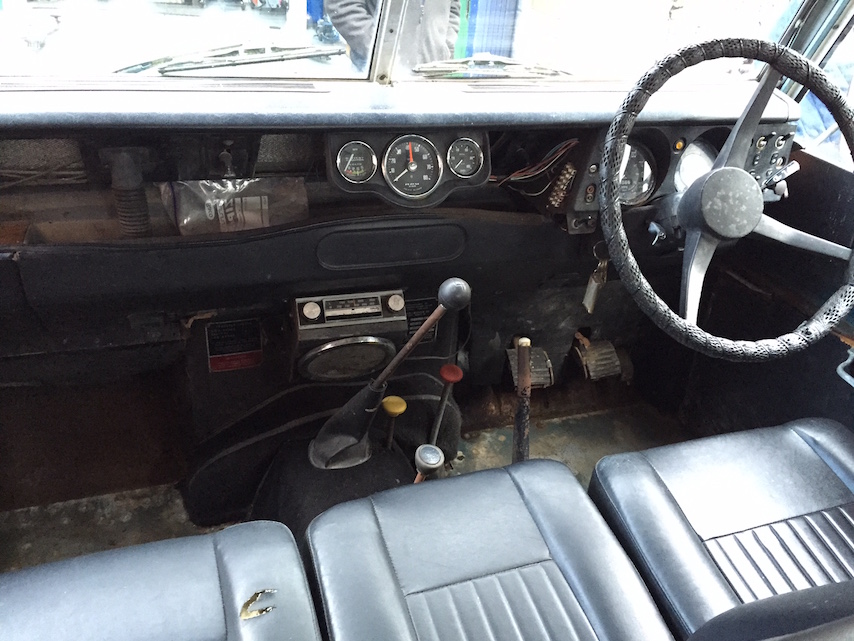 Fairey winch and fairey overdrive both worth in excess of £1200.

Finished in Marine Blue with Ivory Wheels, in my opinion one of the best colour combinations Land Rover did.

Over the years this Land Rover has always been well looked after and it's great to see a Land Rover with original paint. There is no question that from the condition of the vehicle that the mileage is genuine.

It still has it's original 2.25 petrol engine. Which is an excellent runner and starts on the button without fail. It has plenty of power and the Land Rover really does drive very well with a quite gearbox and quite a smooth ride and so mechanically there are no problems. This land Rover has some very nice features and is a very high spec as it come with a fairey overdrive, fairy winch, roof rack, radio, head console, smiths rev counter, voltmeter and an oil pressure gauge. The Land Rover will need new tyres all round due to it being standing for a few years, the bulkhead repairs will need to be done also for an MOT.

The Land Rover still retains it's original black seats which considering it's age are in very good usable condition. The rear tub inside has hardly any dents in it which is quite unusual for a Land Rover this shows that the use it has had over the years has only been light. The engine bay is very original and standard, the oil around the engine could be steamed off, this would really brighten up the engine bay, however it has been there for years and is doing a brilliant job of preserving the Land Rover so I thought it was best left for the new owner to decide whether to remove it or not.

The Land Rover would make a lovely vehicle once the welding has been done and it's originality really makes this vehicle.

Any inspections or questions are welcome, please remember that the vehicle is 40 years old.